Amy Sherman-Palladino and Dan Palladino’s TV collaborations, Gilmore Girls and the cult hit Bunheads among them, have always skirted awards attention on account of their hard-to-pin-down blends of comedy and drama. Not anymore. The 2018 Golden Globe nominations handed out best comedy and best lead actress mentions to Amazon for their newcomer, The Marvelous Mrs. Maisel, and its star, Rachel Brosnahan — who plays the titular 1950s housewife who turns to stand-up when her husband leaves her.

You have a reputation for your rapid-fire dialogue. How much of a challenge does that make casting?

AMY SHERMAN-PALLADINO It can be a big one. Some actors will say the line, and then they’ll give you the acting. The thing about our dialogue is that if you don’t act while you’re doing the lines, then you don’t get to act. We don’t do the “people speak and then there’s four cuts of people looking at them” thing. Dan calls me the queen of writing un-castable parts.

The first season uses two complete Barbra Streisand tracks, starting with “Come to the Supermarket (in Old Peking)” in the pilot. How did you get the rights?

DAN PALLADINO Barbra was the one who gave permission. She needed to literally sit down and watch the sequence. She did it the day after the [2016] presidential election. Either she was looking for a distraction or decided the end of times was coming and she needed to get her last business done. We didn’t hear anything from her other than the OK to do it.

AMY I basically wrote Barbra a soliloquy, a love letter. That piece of music had been in my brain from before the scene was completed. To me, there was no second choice. Eventually, I just cut the sequence together with her music and sent it to her. It made it easier to get the second song. She’d already seen that we worship at the altar. 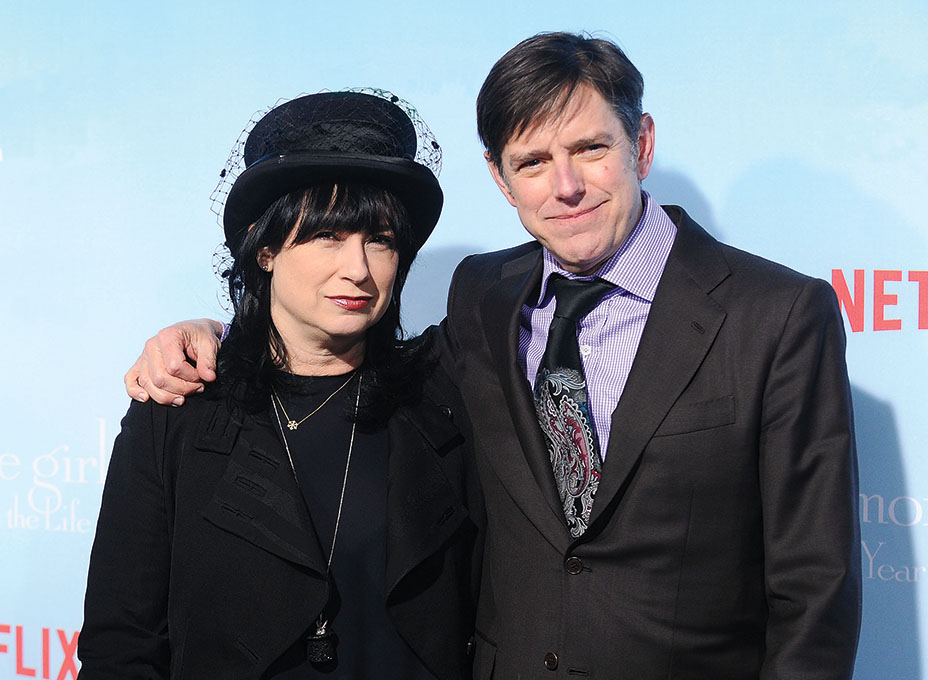 What has been the biggest adjustment in doing a period story, other than making New York look like it’s 1958?

AMY It takes a lot more time to get the chicks ready in the morning. Going to get dressed on this show takes longer than anything else, with the layers and corsets and buttons and snaps. There’s no slopping it together.

As an hourlong, you’ll have to petition the TV Academy for comedy consideration. Is the industry getting more relaxed about labels?

DAN A lot of the legacy networks and studios see comedy as half-hour. It’s probably why Lauren Graham never got nominated for Gilmore Girls. That’s why we’re happy the universe is expanding. There are no legacy blinders that things have to fit a certain stamp. But this is a comedy.