The COVID-19 pandemic triggered a fragile fault line in the global economic system, resulting in seismic disruptions to the flow of money across the world. Millions have lost jobs. We’re now living in the worst financial downturn since the Great Depression, and with mass fiscal instability comes mass migration: Nearly 16 million U.S. residents relocated during the height of lockdown in late spring as folks fled cities or moved in with their families.

Starting over after bankruptcy and reduced stature was also one of this past year’s key themes onscreen. In film, sobering dramas like The Nest and Nomadland and the darkly comic French Exit study how people move forward (or don’t at all) when their identities vanish through loss of livelihood. On television, acclaimed series like Schitt’s Creek, Frayed and The Queen’s Gambit show us that it’s possible to rebuild one’s life after monetary ruin. Each of these stories resonates thanks to their contrasting explorations of grief and hope.

Sometimes the rich don’t get richer — and their humbling can be a source of amusement. Azazel Jacobs’ surreal dramedy French Exit stars Michelle Pfeiffer as a cold-blooded widow and socialite so deeply in denial about her impending financial collapse that she drives herself into complete liquidation. When a friend offers to let her stay in her Paris apartment, penniless Frances (Pfeiffer) absconds from New York to Europe with her rudderless son (Lucas Hedges). The two maintain their taciturn arrogance despite their circumstances and soon find themselves embroiled in quasi-magical farcicality involving a private investigator, a fortune teller and a talking cat.

Abrupt penury anchors both Pop TV’s Canadian megahit Schitt’s Creek and HBO Max’s BAFTA-nominated British import Frayed, in which joy is found in stripping their cosmopolitan protagonists of their high-class phoniness in a working-class setting. Comfortingly, these comedies are more invested in growing their characters than indicting them as mere fools.

On Schitt’s Creek, the Rose family (Eugene Levy, Catherine O’Hara, Dan Levy and Annie Murphy) lose their gilded mansion and designer possessions after an accountant plunders the patriarch’s holdings. Forced out of their affluent urban lifestyle, they land in a dusty Canadian hamlet, living out of a motel while they reconstruct their lives and slowly endear themselves to the local yokels. On Frayed, comedian Sarah Kendall stars as a 1980s London arriviste who, after her husband’s death leaves her destitute, must return to her dinky Australian hometown and pay penance for her decades of unearned snobbery (including the years she lied to her own kids about her origins and even her own name). Both series find pathos in their antiheroes’ loneliness and vulnerability. 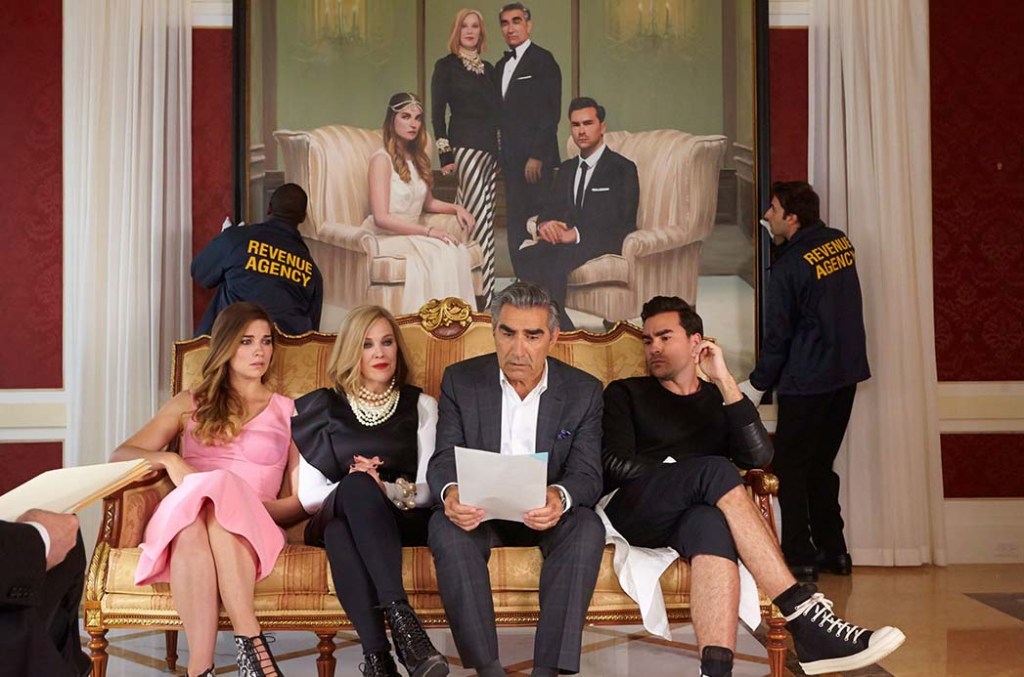 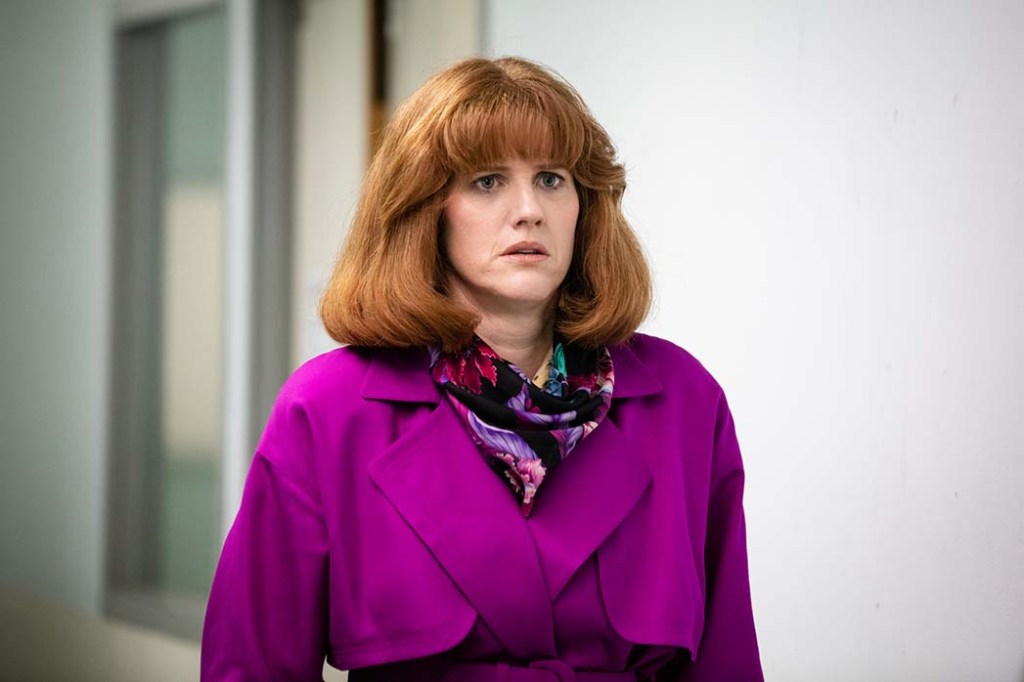 Sean Durkin’s film The Nest and Netflix’s limited series The Queen’s Gambit share a darker view of lost livelihood and insatiable ambition. Both cerebral dramas feature monomaniacs (Jude Law as a 1980s stock trader and Anya Taylor-Joy as a 1960s chess prodigy) who, after their deprived childhoods, seek wealth and stability at all costs in adulthood.

In The Nest, a British expat (Law) coerces his wife (Carrie Coon) into leaving New York for England so he can seek his fortune in finance. Self-deluded Rory soon falls into debt from exorbitant purchases he uses to bolster his self-image, and his family life crumbles. Similarly, The Queen’s Gambit‘s Beth Harmon sees her devotion to chess as her ticket to financial prosperity and emotional self-preservation. After growing up in a trailer park, a parochial orphanage and a dilapidating Lexington, Kentucky, house, Beth soon discovers that winning chess competitions can afford her the glamorous lifestyle of her wildest dreams. Her addictions ultimately cost her friends, lovers and her income. 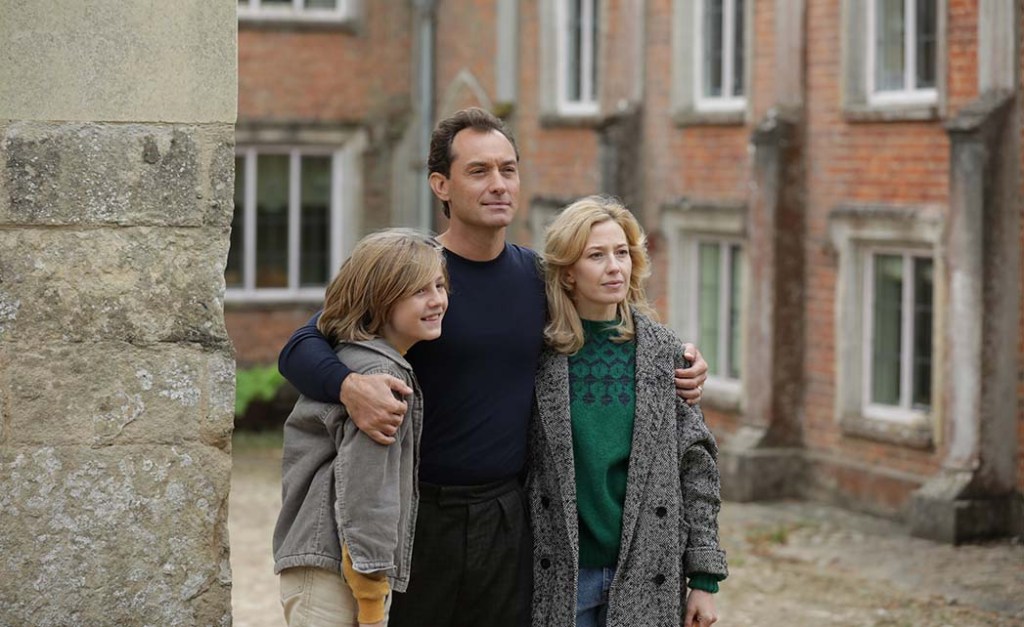 Of all these stories, Nomadland might be the most life-affirming. Chloé Zhao’s neo-Western follows Fern (Frances McDormand), a 60-something widow who — while she doesn’t fall from on high in terms of affluence — loses her home when her Nevada mining town shutters during the Great Recession. After buying a used van, she sets out to traverse the American West, scrounging up seasonal migrant work and finding community among other seniors who live like modern-day pioneers. Viewers come to understand that mulishly independent Fern wasn’t forced into this life, she specifically chose it. And her choice to feel free instead of trapped reminds us that keeping up with the Joneses isn’t all that it’s cracked up to be.

As economic strife pummels the globe, watching characters learn to accept the ephemerality of their fortunate circumstances feels like the natural epilogue to Parasite‘s Oscar sweep last year. In that film, a poor family briefly samples the good life when they trick their way into working for an ultra-monied one. These later stories let us imagine how the mighty can fall — or fall in love with a simpler life. 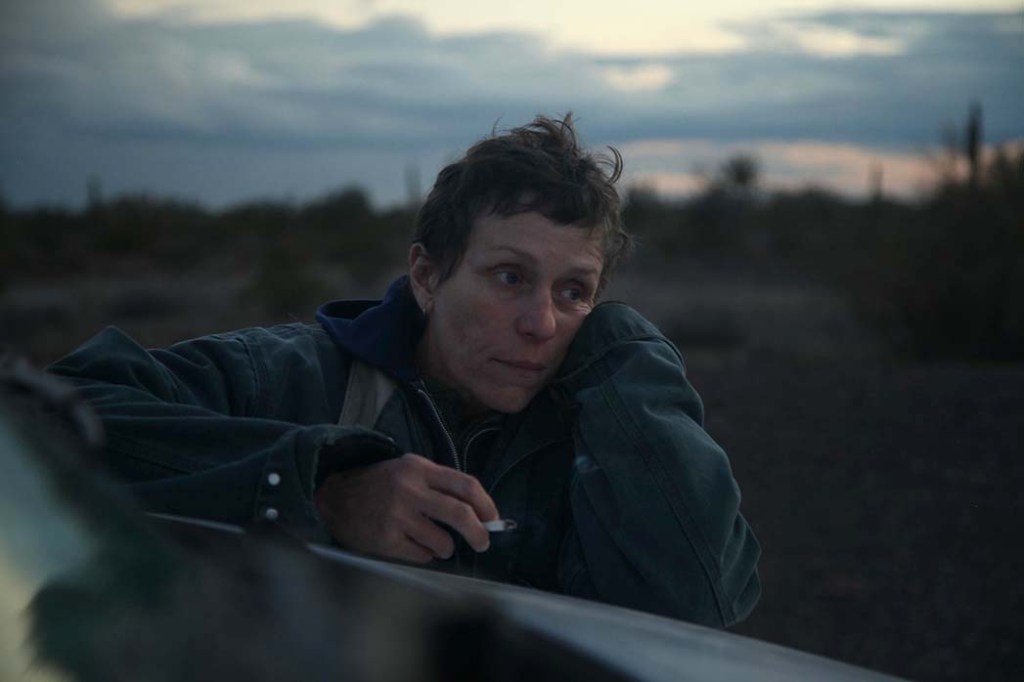