The phrase may ring familiar — as a similar albeit slightly different anthem has been ricocheting around the country for the past three years — however, this distinct chant could be heard in the opening moments of Supergirl’s Oct. 28 episode, “Man of Steel.”

After a season leaning a bit away from the political stand it took in its first two installments, Supergirl is back in the fray (thank Rao) and is coming on strong with parallels to the current crisis on the border in the United States.

In the first three episodes of season four, the series has been made abundantly clear that National City and the surrounding country is in crisis over alien refugees coming in. Supergirl‘s (Melissa Benoist) voiceover opening was even tweaked to include the line, “I am a refugee on this planet.” While it’s has always been a lingering issue in the series (Max Lord’s anti-alien rhetoric in season one and Lillian Luthor’s Cadmus organization and forced deportations in season two), it has never been at the forefront before now.

In fact, the anger that spurred on the actions of the new big bad, Sam Witwer’s Agent Liberty was manifested by some of the events of the previous seasons. Viewers saw the rise and fall of the past villains — usually culminating in a destructive and epic battle — through the eyes of the hero. Now, the lingering consequences of these fights have risen, and Supergirl’s enemy is no longer a species of alien but a fear-monger inciting and spreading hate toward all aliens.

“It’s very frightening because he’s a very forceful figure, unlike a lot of the villains that Supergirl has faced in the past who she could punch and battle physically. She’s dealing with what he’s creating on a much more hearts-and-minds level, Supergirl executive producer Robert Rovner told The Hollywood Reporter in a previous interview. “How does she combat this villain when it’s not like the key to it is punching her way out of it?” 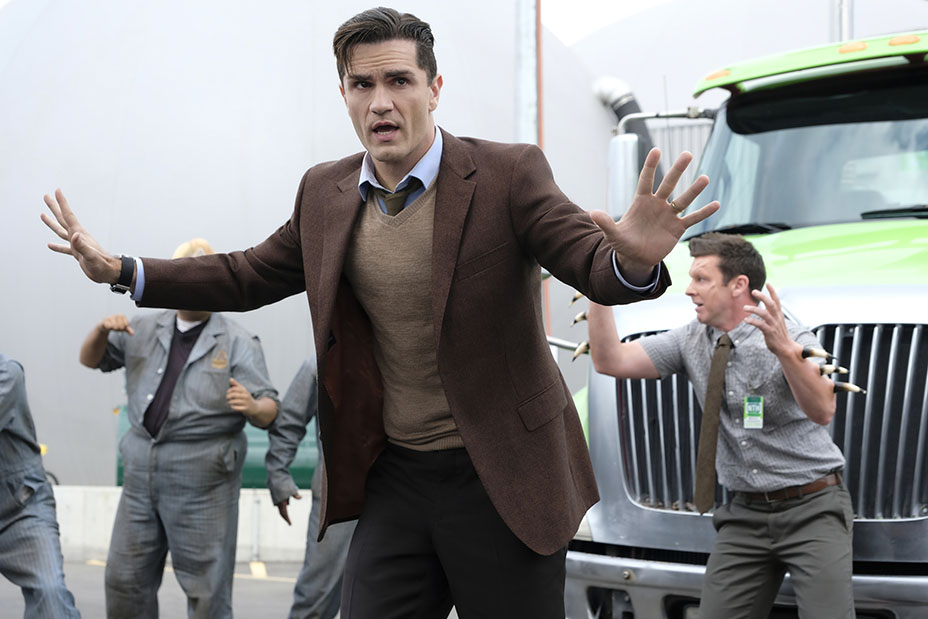 Progress is one of the many topics caught up in anti-alien movement. Ben Lockwood, who eventually becomes Agent Liberty, is torn on the subject. On one side, he sees what progress has done to his father, whose steel factory is shut down from lack of work due to new technology (an issue that can resonate with many Americans). On the other hand, he knows progress is what is necessary for the world to evolve.

During a college lecture on the subject, he mentions how the discovery of the New World was great for Spain and Columbus but wasn’t so good for the Native Americans. Using that rhetoric, he jumps into the Alien Amnesty Act — the fictional law signed in the second season of the show that grants citizenship and rights to all aliens in America — and how it’s great for progress, but a lot of people “paid the price” for it.

As his uncertainty grows and as more and more tragedies befall him, the more he blames aliens — not just the ones that caused him anguish, but all aliens. Instead of taking each alien that found refuge on Earth at face value, he lumps them all together as the reason for his woes in life, ranging from why humans can’t compete in the job market anymore (they aren’t as fast or strong) to why some humans lost their homes. In an eerie rally during the second episode, “Fallout,” Agent Liberty gathers up equally vulnerable people like him and preaches about why all aliens are to blame for these problems.

“Agent Liberty is a character that is preying on people’s fears about aliens from outer space as they’ve disenfranchised people that he’s familiar with,” Rovner said. “He’s a very persuasive orator and a very charismatic figure who breeds this discontent first in National City and then the nation against aliens.” 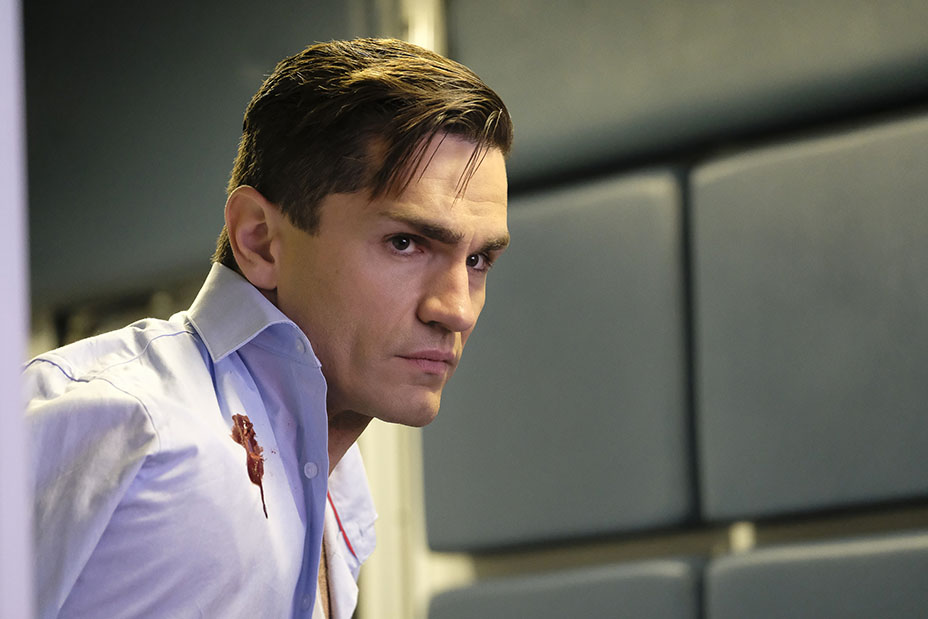 Rhetoric like Lockwood’s is not uncommon in real life. People to this day lump ethnic groups, races and religions together, blaming the actions of one on them all. By shining a light of the aspect of human nature that makes people project blame and fear progress, change and the unknown, Supergirl is holding a mirror up to society.

In the first three episodes, one can understand the fear and skepticism of the aliens, while also understanding the fear and skepticism of the humans. However, where the paths diverge is how the two groups deal with those emotions: One tries to assimilate and support each other, while the other incites hate and promotes violence toward the unknown.

In the past two weeks, three hate-related crimes — mail bombs sent to prominent critics of the Trump administration, a synagogue shooting in Pittsburgh and a shooting of two African-Americans in Louisville, Ky. — occurred across the United States. Many of the hurtful words and phrases used to insult and demoralize the ostracized groups in these Supergirl episodes are not new — in fact, they have been taken from recent rhetoric.

When a TV show uses its platform to point out how hate is born and grown within someone, it can cause pause in viewers and force them to reflect on their own thinking and actions and that of others around them. The goal is not to hate either side of the argument, but to work together, as Supergirl says: “You want justice in the world; so do I. But we’re not going to find it by attacking each other.”