Tim Minear isn’t changing his Twitter handle — it’s a jinx to get too arrogant.

At this point, the Ryan Murphy power player is most comfortable writing for cancellation. He’s been teased about his choice in screenname, @CancelledAgain, since around the third season of FX’s American Horror Story, but after a slew of executive producer roles, the co-creator and showrunner of Fox’s freshman drama 9-1-1 has seemed to have finally broken the curse. After airing only three episodes, the procedural co-created by Murphy and his longtime collaborator Brad Falchuk was renewed for a second season. A month later, Murphy would stun the industry with his decision to leave his longtime home at 20th Century Fox Television — where his prolific production company has been housed for more than a decade — for a five-year deal at Netflix said to be worth north of $300 million. (Murphy officially becomes a Netflix man July 1.)

Minear is currently relishing in the fact that one of his brainchildren is finally getting a chance to flourish. The thriller procedural starring Peter Krause, Angela Bassett and Connie Britton revolves around on the complicated lives of first responders and the crises they face, ranging from the mundane to the borderline absurd.

That approach isn’t too different from Minear’s career, both consistent and ever-changing. After becoming a mainstay in several writers’ rooms in the 1990s, Minear left Chris Carter and The X-Files to work with Howard Gordon on ABC’s Strange World during its single-season run in 1999. It was through Gordon that Minear fell in with Joss Whedon, who served as showrunner on The WB Network’s Buffy the Vampire Slayer and its spinoff, Angel.

Their original encounter, a pitch meeting for Buffy, set a strange tone for Minear, “Later Joss told me they were the best pitches he’d ever heard, but he found me to be the angriest man he’d ever met in the room.” Of course, that opinion didn’t last long. Minear spent just over three seasons on Angel before being pulled off the series by Whedon, whom he remembers saying, “I want to give you a spaceship.” From that, the cult-classic Nathan Fillion Firefly was born. The pilot was already shot, but Whedon planned to have Minear run what would grow to become a cult favorite.

In a way, Firefly was doomed before it started. With a two-hour feature originally created as the show’s opener, studio execs at 20th Century Fox Television struggled to see the series as what it might be on air. They tasked Whedon and Minear to write what instead would air as the show’s pilot show over a weekend. “We wrote ‘The Train Job’ over the weekend. I’d be downstairs writing a scene. Joss would be upstairs writing a scene,” Minear recalls of the process. The network liked the script and announced the week after at the upfronts that they were picking up the show to series.

'Firefly' at 15: How a Canceled Show Became a Cult Favorite

But Firefly was infamously aired out of order. “Serenity,” the intended pilot was never allowed to serve its purpose and it was eventually canceled after airing 11 of its 14 episodes. Since its initial airing, the show has only grown in popularity, with fans viewing the whole season in its intended order. “The very failure of Firefly was the seed for its success in an afterlife as the underdog show with all the potential. It died before its time,” Minear says.

From there, an eight-year span of shows occupied Minear’s time. Shows like Bryan Fuller’s Fox favorite Wonderfalls and Drive — starring Fillion — followed soon after the downfall of Firefly. Later on, critical darlings like Fox’s Dollhouse and FX’s Terriers left critics wondering which piece of spaghetti Minear needed to throw at the wall for one to finally stick. “I’m proud of all of them. I think they’re all really cool. In a way, their failure allowed me to go on and do the next thing,” Minear says.

And if anything could have prepared him for his future with Murphy and his band of producers and stars, it was the craft of writing a standalone season. When Minear joined Murphy, he was pitching ideas that had fully realized beginnings and endings, even if they weren’t meant for longevity. That ideology matched perfectly with Murphy’s format for American Horror Story, which would single-handedly reignite the TV anthology and grow to include FX’s Feud, among others.

When asked if he thought those cancellations were practice for the limited series format, he said, “Without me knowing it, it did because I didn’t just come off shows that didn’t get finished. We knew that Terriers probably wouldn’t come back. We were praying that it would, but we wanted it to feel like it had, if not a period, an ellipses at the end of the 13 episodes that made you feel at least it was a complete experience.” 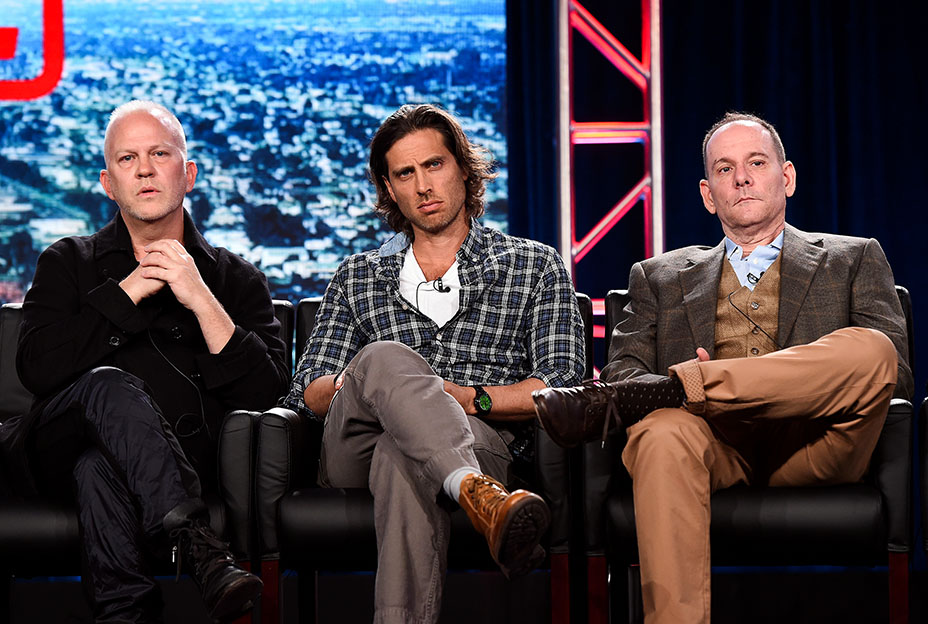 With that approach, the closed-ended story format was a natural fit. After reading the pilot for American Horror Story, Murphy explained that his concept for the show depended on everyone ending up dead and just starting over at the beginning of the next season when the cast would take on totally new roles. Those seasons depended on a cast of actors that could be rotated and repurposed. In doing so, the concept of the anthology revived.

As for what’s next, Minear on Monday inked a new overall deal to remain at 9-1-1 (and AHS and Feud) produced by 20th Century Fox Television, his home of more than two decades. Minear’s 20th TV deal, said to be for the standard two years with an option for a third, will allow the writer and exec producer to step out on his own and create, develop and sell shows to multiple networks while also continuing on as showrunner on 9-1-1, Feud and AHS.

“I have been obsessed with Old Hollywood my entire life. The idea that I would be able to do an expensive, handsomely mounted period piece about Joan Crawford and Bette Davis, starring Susan Sarandon and Jessica Lange and Judy Davis and Alfred Molina … the idea that this could ever come to pass is unthinkable,” Minear says of Feud and the doors Murphy has helped to open. 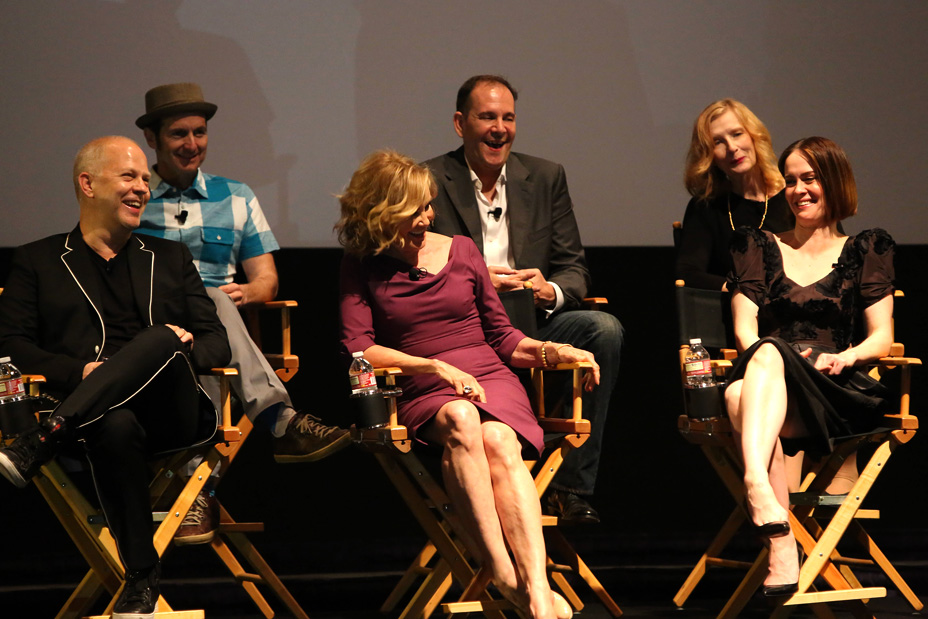 For now, Minear is working on the back-half of Fox’s 9-1-1 and plotting out the show’s second season, where he hopes to bring back faces familiar to Murphy’s repertory company. “We always go back to the actors we love,” he says. “The reason we love them is because they can do more than one thing.”

After that, it’s work on season two of FX’s Feud, which will focus on the relationship between Prince Charles and Princess Diana, while also mulling future stories for a likely third cycle and balancing exec producing duties on AHS.

And despite all the live-tweeting involved with supporting three popular shows, Minear’s Twitter handle stays. “I think I’ll just keep it, because now it’s just irony,” he says.

9-1-1 airs Wednesdays on Fox. Return dates for AHS and Feud have yet to be announced.

'Feud' Season 2: All the Details (So Far) About 'Charles and Diana'