“Like all good things, it happened in Las Vegas,” says The Weeknd about how a random meeting between his manager and American Dad! writer Joel Hurwitz led to the singer co-writing both an episode and a song for the show, in which the Smith family kidnaps him. Here, The Weeknd, born Abel Makkonen Tesfaye, explains why he’s been a fervent fan of the animated series for years.

What is it about American Dad! that made you a fan?

I was a fan of the show when I was 18, and the American Dad! comedy all felt like inside jokes meant for just me. It really got me through a lot of hard times.

What were your intentions with your animated character?

Juno Awards: Charlotte Cardin Dominates With Four Wins Including Artist of the Year

I always wanted to make fun of myself and explore what would be the exact opposite of The Weeknd’s persona — and there came the virgin joke.

Can you talk about writing the song “The Weeknd’s Dark Secret” with Asa Taccone?

Joel and I had the concept of the song when shaping the episode, and we put it to Asa to come up with a first draft. I reworked it to make it feel like a Weeknd song. It was the birth of a true partnership, and we will definitely be doing a lot of music in the future. 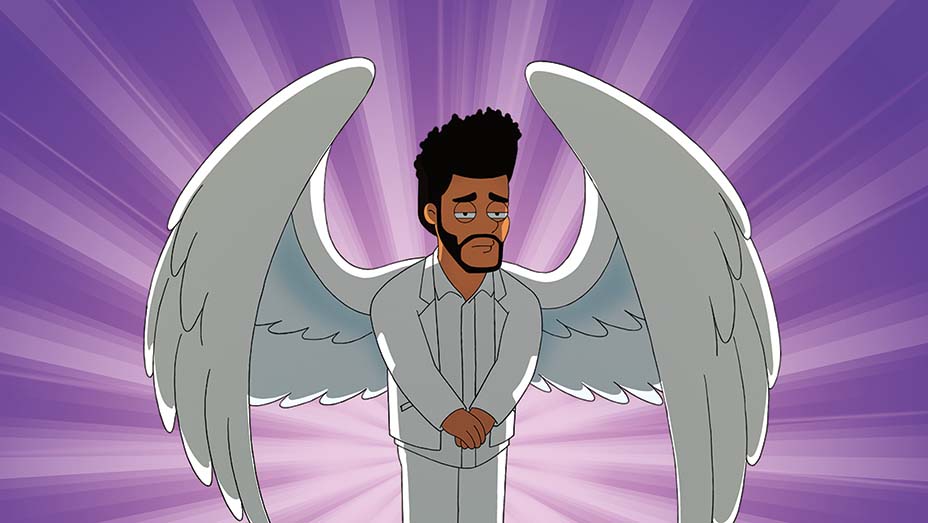 The episode makes fun of you, too. Were there any jokes you batted around that didn’t make it in?

If something didn’t make it in, it was because the joke wasn’t harsh enough.

The Simpsons, of course! I really like Big Mouth as well — big shout­out to Nick Kroll.

During this time of social distancing, how have you been filling the void of not being able to perform?

I’m making a lot of music and writing a script.

The five-time Grammy winner wrote the theme song “In the Mix” for ABC’s spinoff series after seeing the pilot centered on a biracial girl growing up on a commune.

The Hollywood actor also co-wrote original songs for the Quibi series Royalties, including the country tune “Mighty as Kong,” sung by Mark Hamill.

The EP and star of the Apple TV+ show ­— a fresh take on Emily Dickinson ­­— also co-wrote the companion song “Afterlife,” and released a music video for it Sept. 30.