[This story contains spoilers for the March 1 episode of Zoey’s Extraordinary Playlist.]

Zoey’s Extraordinary Playlist follows a woman who discovers she can hear the innermost thoughts of the people she encounters via song. Her shepherd through that unlikely journey? Her neighbor, Mo, a gender-nonconforming millennial jack of all trades — DJ, apartment building manager, confidant for acquaintances with magical abilities.

Sunday’s episode of the feel-good series revealed another major component of Mo’s life: religion. It’s an extremely personal story for Alex Newell, who plays the character, and taken directly from his own life experience.

In the episode, Zoey (Jane Levy) discovers that Mo has been going to church dressed conservatively as a boy instead of in the fashionable outfits she’s seen her friend wear. It turns out that Mo was afraid the church’s parishioners wouldn’t be accepting if they knew the truth — but with some encouragement from Zoey and the pastor, the church finally saw Mo’s true self.

Newell told The Hollywood Reporter that not only was the story inspired by his own life, but the whole character was, too.

“Mo originated as a 31-year-old bisexual black woman. Nothing that I am,” he said. “Well, black, but I’m definitely not 31! That’s how it started off, and when they couldn’t find what they were looking for, I was brought in. And I think the essence of Mo really was me in a way and they modeled the role around me.”

Below, Newell discusses the episode, his start on Glee (via the star-making reality series The Glee Project), his Broadway run and Barbra Streisand.

Your first big gig was in TV, but since then you’ve been on Broadway and recorded an album. What was your original goal?

When I started all I wanted to do was be on Broadway. I think that’s where I was in my career and what I knew inherently that I was really good at. I knew that I was performer at heart. And to then have a television show fall directly in my lap — like, directly in my lap — it was kind of like, Oh, I guess! And that ball just kept rolling toward it and I was just like what the fuck is happening? But it’s just different. I never thought this would be the path that I was going to choose and love. 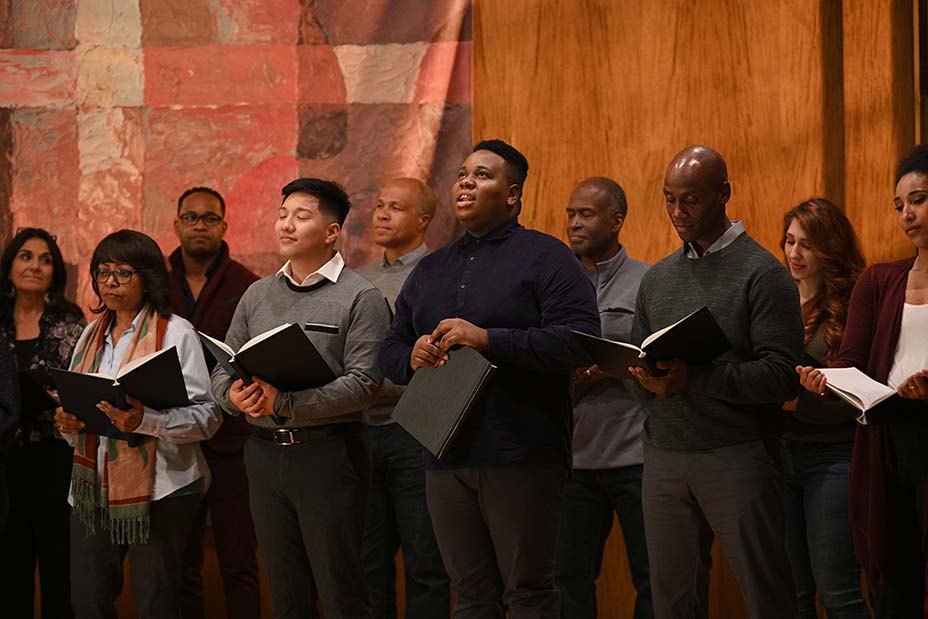 Characters like Mo aren’t usually portrayed as religious. How did it become part of Mo’s backstory?

It’s my own personal story. I grew up in church my entire life. My mom was in the choir, my father was a deacon. I know the church. I knew the church first. And to grow up in such a loving environment when you’re not out as a child is probably one of the best things ever because I knew them, they knew me, we knew each other. I called almost every older female at the church Auntie. I never called anybody Miss, I never called anybody ma’am. Everybody was Auntie this, Auntie that, a part of my family and a part of my tribe. And it didn’t happen until I was older and I started noticing things about myself and coming out with my sexuality and noticing hatred of a facet about me. A piece of who I was.

They did not like a piece of me, and I couldn’t understand it and I couldn’t put my finger on what it was — what that piece was that they didn’t like about me. And so, with that in mind, I came out on national television with a sandwich board on The Glee Project that just said “gay” and when I got back, the air around me, it was like a vacuum had sucked it all out whenever I went back to church. I felt so uncomfortable being there with the pastor saying things about what hatred is in one breath, talking about how God is love, and in the next breath saying that there’s something wrong with your son.

I just said, “I don’t need to be where I’m not wanted anymore” and so I stopped going. But it’s a reflection of really what I went through, to have someone say that I was not of God and that something was wrong with me and that my life was a full sin. But in that breath, still allowed me to come in and usher in the spirit, to sing and use my voice and use me for that facet, but then put me in a corner when they didn’t need anything else from me.

Were you able to find a new church or find a place where you could feel comfortable to touch upon that aspect of your life?

Yes, the pastor at that church, my home church in Massachusetts, no longer works at that parish anymore. And the current pastor adores me and I adore him. I mean, like, wrote a full Facebook post about me, had me plastered all over the church for the bulletin to watch the show. It’s all about you practicing what you preach, I always feel, and I think that’s why the ending scene of the episode is so beautiful and poignant. Because it’s you either accept me for who I am and all that I am, or you just need to get over it, because the leader of the flock said that it’s OK for me to be me and be here.

You’ve played with gender norms since you were on Glee, when your character revealed she preferred to use female pronouns. What has it been like for you to play characters who don’t necessarily subscribe to the gender binary?

I hated being told what I could wear and what I couldn’t wear and what that meant. For the majority of my life I’ve been in a school uniform, and I was like, “Why can’t I wear a pink polo? Why can I wear the yellow polo?” “Well, it’s not cut right for your size.” And I’m just like, “I don’t care. We’ll make it work.” You don’t need to tell me that I can’t wear that. I want to wear that color so I’ll wear that color. Or why is it that all my clothes have to sag off of my body? Why can’t I show my body? I have nice legs. Why can’t I show them? I think that’s where a lot of it stems from. I just never wanted to be told that I can’t do anything. 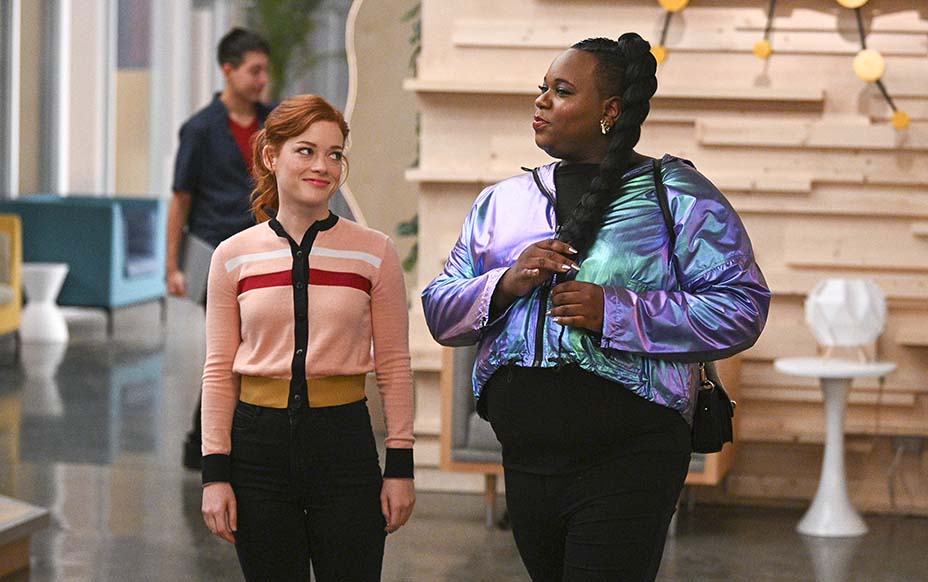 And then something else in my mind always rang true: When people say, “you have to do this,” my mother used to say, “the only thing you have to do in this life is be be black and die. You don’t have to do anything else.” And I was just like, wow, these are profound things that mean so much that I didn’t realize and recognize. But, I mean, that’s why I love playing with gender and I don’t like being told that I have to be male or that I have to choose whether I wear a dress or that I want to wear heels or if I want to put on a blazer with the high heel. I don’t like that. And I don’t think that anybody has to choose anything in this life. You do what you want and you make the best out of it.

Mo and Zoey were more acquaintances than anything at the start of Zoey’s Extraordinary Playlist, but in this episode it seems like they’ve become friends. What has that evolution been like?

Mo has always been the mirror for Zoe and telling her, “this is what this means.” I think that Zoe is now the mirror for Mo and [says], “you are only putting this on for this special place and why are you doing that? Why are you turning off? Why are you turning your light down to let somebody else shine when you shine the brightest?” So I think that’s kind of where all the walls, all the bullshit is thrown aside and we realize that they’re just two humans trying to figure it out.

Aside from a potential second season, what do you want to do next in your career?