After a handful of modest originals, Hulu at last has a breakout hit with The Handmaid’s Tale. Much has been said about how the dystopian drama taps into current anxieties around women’s rights. “We knew it would touch a nerve, but we didn’t expect the volume of reception,” says Beatrice Springborn, head of original programming at the streamer, who’ll speak on a “Content Is King” panel June 10 at the Produced By Conference in L.A. While she’s mum on how the arrival of AMC vet Joel Stillerman as Hulu’s chief content officer could impact her day-to-day, Springborn did spill on how Handmaid’s is performing, Sarah Silverman’s new show and the advantage of not being Netflix.

What’s your pitch for why creators should come to Hulu?

We’re absolutely spending on par with Amazon as far as development goes. We have a very boutique approach to talent. We’re eight executives — not 30. Honestly, I don’t know what the number of execs are at Netflix at this point. We’re accessible and still not premiering a show every week, so there’s an opportunity to have an impact. And we clearly market our shows well.

What kind of projects is Hulu looking for?

Things that people are familiar with that feel like an event, that are based on source material. And not because we want to just do reboots or retell stories, but because there are a number of literary works that are ripe for reinterpretation. [Handmaid’s] is one that is obviously relevant now. The Looming Tower [about 9/11] will continue that tradition, especially when you look at what’s going on in the intelligence community in this country.

In the wake of the election, do you feel any pressure to program more to viewers between the coasts?

We’re not specifically programming to that segment. We certainly have looked at who’s watching our shows, and there’s a deficiency in areas. We also have a wide library in our acquisitions that cover multicam [sitcoms] and more of the broadcast offerings.

How is Handmaid’s performing?

It’s been watched by more Hulu viewers than any other series premiere — original or acquired — at least based on the first-week debut. We’re very proud of that. 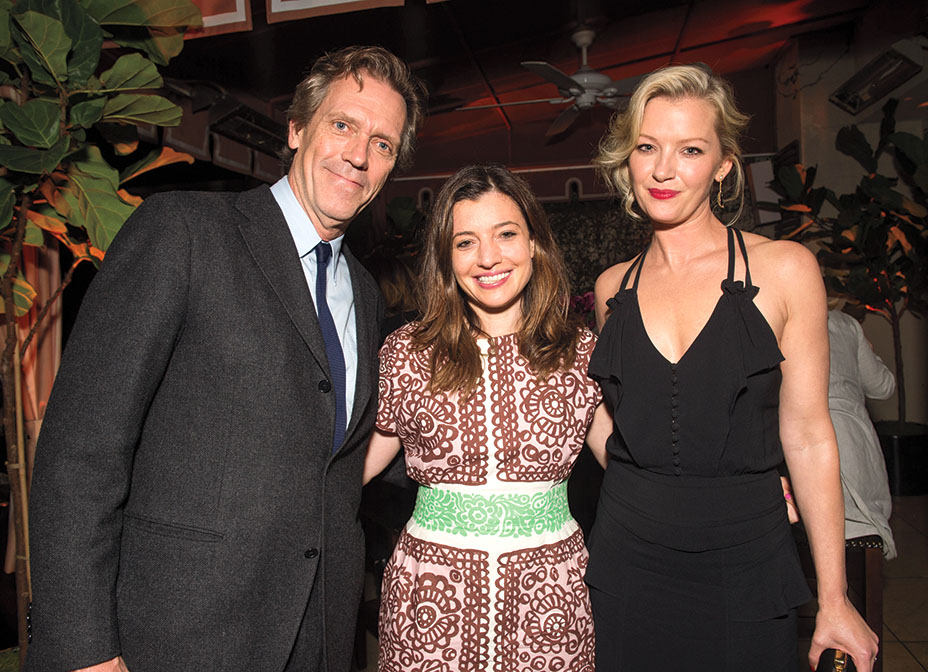 Are there any downsides of not releasing ratings?

No. We’ve only been releasing originals for about two and a half years, so we’re just starting to queue and have a history of benchmarks. There are other ways we’ve announced our successes, and those don’t always have to be through numbers — like getting a Golden Globe nomination for Casual when we’d only been releasing originals for four months. And the feedback we hear from creators is that it’s liberating. It’s for us to worry about [ratings] as long as they’re able to continue to make their show.

What do you think will change most about your job in years to come?

The volume is already changing. We’re going from making four dramas last year to 16. And we’re adding Sarah Silverman’s [I Love You, America] this year, which is a weekly show with an audience, so that’s going to be very different from what we’ve done.

Is this Hulu’s late-night entry?

We’re thinking about it as much more of a social experiment than a television show. [Sarah] had been thinking about doing a topical show again but wasn’t sure what she wanted it to be and had been talking to [executive producer] Adam McKay about it. After the election, she saw the divide between people and thought, “If I were sitting around having a cup of coffee with this person and not talking politics, could we be friends?” I think the election was the thing she needed to really get inspired and motivated with material to get back in there.

PRODUCED BY CONFERENCE: 3 PANELS THAT ARE SURE TO POP
June 10-11 20th Century Fox Studios

Courtney Kemp
The Power showrunner joins a roster of industry mentors at a June 11 “Producers Mashup.”