NBC Nightly News anchor Lester Holt realized the world was about to change while celebrating his 61st birthday. It was March 8, 2020, and Holt was with his wife, children and grandkids. By then, everyone knew the SARS-CoV-2 virus was spreading throughout the world, but the magnitude of what was to come hadn’t yet sunk in.

“We had a lovely dinner and were sitting around having the cake. At some point, I checked my phone, and there was news that Italy was going into lockdown,” Holt recalls. “I remember this feeling in the pit of my stomach … that was kind of the moment like, ‘Oh my God, that is going to happen here.’ ”

The novel coronavirus pandemic is one of those once-in-a-century stories that is nearly impossible to prepare for. For the TV news anchors and correspondents who led coverage of the pandemic, it was a balancing act between informing a shocked American audience turning to them to understand what was happening, and trying to keep themselves, their families and their colleagues safe.

One of the defining television moments happened March 9. CNN chief medical correspondent Dr. Sanjay Gupta made the call to declare COVID-19 a pandemic. At the time, 22 Americans had died, and there were around 700 confirmed cases in the country.

“I was very confident in the analysis that this met the criteria for a pandemic, and it was important to say that,” Gupta says. “But you know, going into it, you still have butterflies in your stomach because the World Health Organization hadn’t done it, the CDC hadn’t done it, and I didn’t want to incite panic in people.”

New Day anchor Alisyn Camerota, who co-anchored the CNN show when Gupta made the call, recalls that he raised the possibility of school closures, quarantines and reconfigured offices. “It was so prescient,” she notes. “He was spelling it out as though it were science fiction … and then it all happened.”

On March 11, seemingly every TV network went into rolling coverage as the WHO declared the pandemic, flights were suspended from Europe, the NBA suspended its season, and Tom Hanks and Rita Wilson revealed from Australia that they had contracted the disease.

Amid the barrage of breaking news (Harvey Weinstein was convicted that day), CBS News unexpectedly found itself at the center of the story: A COVID-19 outbreak (the first known cluster in New York City) hit the CBS Broadcast Center.

“They had to shut down the broadcast center just hours before Evening News was supposed to air,” says anchor Norah O’Donnell. “Everyone in what we called our fishbowl in New York had to get up and leave in the middle of the afternoon. … We were thinking, ‘How are we going to get on the air?'” (Sixteen producers and correspondents on CBS’ 60 Minutes and its now-defunct Quibi spinoff, 60 on 6, were sickened, with Lesley Stahl recounting her hospitalization in an on-air report May 3. Among the more than 500,000 lives claimed by COVID-19 were a number of employees of the news organizations tasked with covering the virus and its toll, including staff at CBS News and NBC News.) 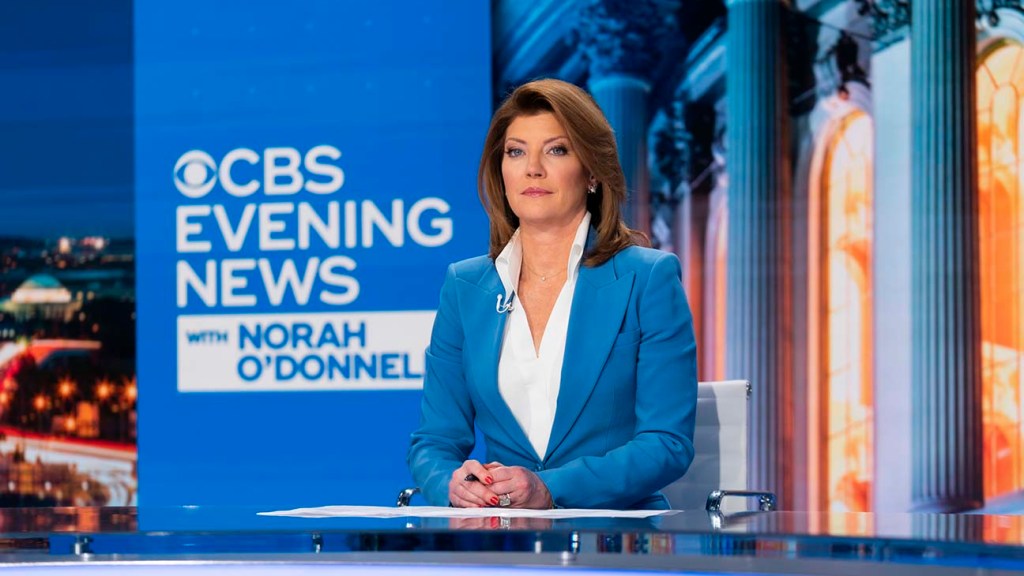 Over the next few days, every network would take at least some of their shows remote, with many anchors broadcasting from bedrooms and basements.

“There were times I was interviewing the defense secretary or the Fed chair live, and I could hear my kids upstairs rolling back and forth on their scooters,” says Savannah Guthrie, co-host of NBC’s Today. “The network reached out to Lester and me and some of the other anchors, and said, ‘We want to come install home cameras, just in case.’ And I remember thinking, well, that’s nice that someone is covering our backside, we will never use those. It was unfathomable on one day, and then it was reality the next day.”

“I remember telling my assistant, ‘See you in a few weeks.’ It’s been a year since then,” Holt adds.

For those covering the story, the increasingly deadly pandemic presented a novel set of problems, with personal risk associated with field coverage and some of the most important stories happening behind closed doors at hospitals and nursing homes.

“I will never forget the early days of making the trip to the studio, the haunting sounds of sirens approaching and the ambulances racing past us,” says ABC World News Tonight‘s David Muir. “This went on for weeks, and there was never a more powerful reminder that what we were witnessing was both historic and devastating.”

Adds Fox News anchor Martha MacCallum, “The normal inclination of wanting to get as close to these situations as you possibly could was not actionable… I could never have imagined that that I would be in the basement for three months doing the show, and that we would see the amount of death and damage that we have seen across the country over the last year.”

And for those anchors that stayed in the studio, there was a new normal.

“I put up the first sign that said ‘wash your hands,’ printed them out on a computer and put them on the front door,” said O’Donnell, who noted that her father is an infectious disease doctor. “They are still there.”

With so many Americans stuck at home and desperate for information about the pandemic and the 2020 election (of which the pandemic was a defining feature), Fox News, MSNBC and CNN were the top three most watched cable TV channels between March 2020 and February 2021. All three had their most watched years ever in 2020, according to Nielsen.

“I felt the weight of the people tuning in every morning,” Camerota says.

On the broadcast side, NBC Nightly News, ABC World News and the CBS Evening News also saw their ratings surge, with ABC spending 26 weeks as the most-watched show in all of TV.

Anchors and correspondents, like all Americans, had to make hard choices that impacted their own families as well, knowing that they were role models and public figures that would bring added scrutiny and attention.

“I have three daughters, and they got pulled out of school in March of last year — they just love being home with their parents, three teen girls, that is the joy of their lives to be stuck with me — but when we had to make the decision to send them back in school, we decided not to,” Gupta says. “That is just an example of every single moment along the way has not just been about reporting the story on television. I was acutely aware of how personal this was for everybody. Huge decisions getting made.”

Eventually, as testing ramped up and cases declined over the summer, many programs returned to the studio. For the morning shows, however, it also meant losing the live crowds and segments that had been a staple.

At ABC’s Good Morning America, it led to a new dynamic. “Because we haven’t had a studio audience, Michael [Strahan], George [Stephanopoulos] and I are connected like never before,” explains GMA co-anchor Robin Roberts. “We have this camaraderie that we didn’t quite have to that degree. So even if we have the studio audience again, I don’t want to lose that. I want to figure out a way so that, yes, we can be gracious hosts but not lose that depth with one another.”

For many of the anchors, there is a hunger to return to the field, to have guests in the studio and to bring back the lighthearted segments that punctuated the morning programs. But there also is a somber realization one year later that we are nearing the end of what likely will be the biggest story of their lifetimes. 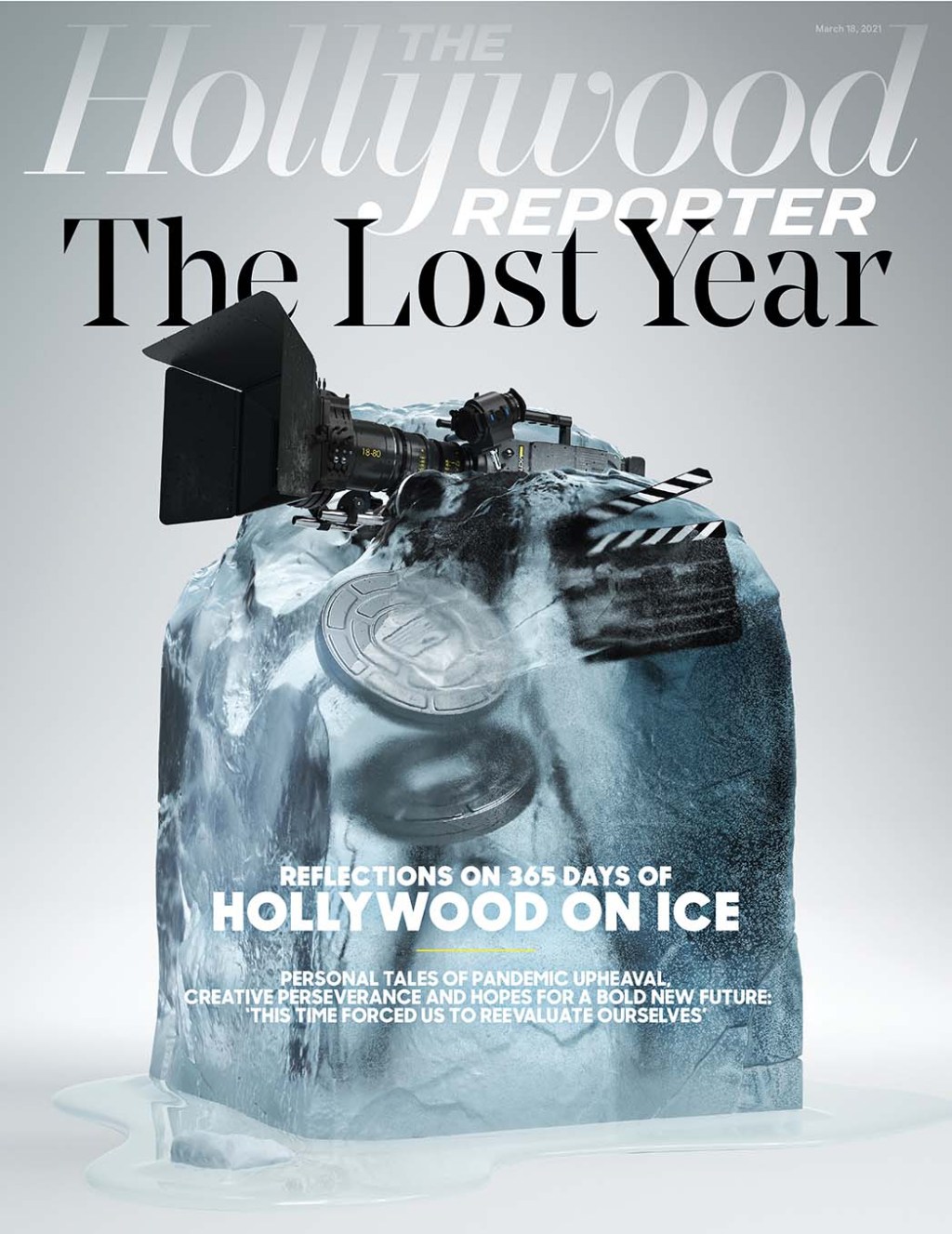