The cast and crew of Westworld brought themselves back online Monday at the world premiere of the HBO drama’s second season, with the red carpet rolled out at the Cinerama Dome in Hollywood.

“We’re in a new loop,” series co-creator Jonathan Nolan told The Hollywood Reporter, standing alongside his co-creator and wife Lisa Joy, both of whom were minutes away from delivering a speech in front of an auditorium filled with hundreds of their contemporaries and loved ones. “This loop looks a bit like the last loop. It’s the same carpet … the same shade of red.”

The carpet was a soft red, a far cry from the blood-stained hues that coat season two of Westworld, launching April 22 on HBO. The premiere, titled “Journey Into Night,” marks the first new episode of the genre-bending hit since it went off the air in December 2016 — almost a year and a half since Dolores Abernathy (Evan Rachel Wood) launched a revolution against her human oppressors.

'Westworld': Where Everyone Left Off and What's Next in Season 2

“You’re getting a much darker version of Dolores this year, that’s for sure,” Wood told THR about what’s next for her human-slaying host. “Now she’s well and familiar with all sides of herself: the Dolores that we love, the darker Wyatt version, and she’s also building herself anew as we watch her throughout the season. We’ll be seeing more and more of who she really is.”

Fans are understandably eager to know not only Dolores’ next move, but the greater narrative’s next steps. Many of the actors count themselves among the fans awaiting the show’s twists and turns, given how little the cast members know about the series as they’re shooting it.

“I feel like there are three phases for someone who takes part in the show,” said Ptolemy Slocum, who plays the selfish lab technician Sylvester. “You read it. Then you shoot it, and it’s a totally different story. Then you watch it, and it’s a totally different story. I’m about to embark on one of my favorite parts of being on the show: watching the show. It might sound like I’m bullshitting, but I’m not. It’s fascinating. So much changes.” 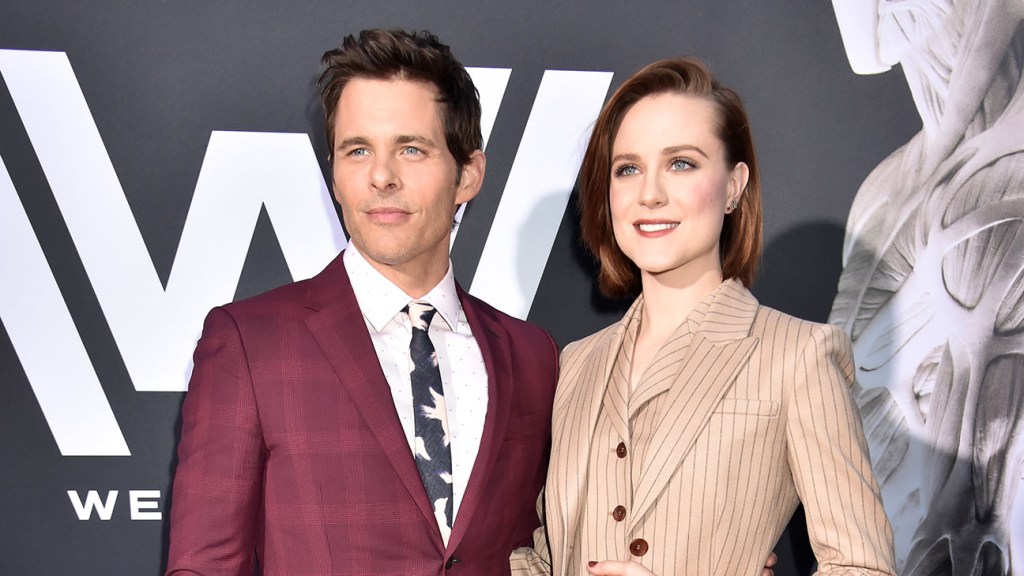 Indeed, much is changing as Westworld enters its second season, shattering the previous status quo in favor of a new narrative filled with expanding notions of consciousness, empowerment, oppression, war and what it means to be alive.

“For me, one of the fascinating things about season one is we were looking at hosts trying to understand the nature of their own reality as they come into power,” co-creator Joy said. “By the finale of the season, Dolores has claimed some power for herself. Some agency. All of the hosts are moving toward agency. And the question now is: once you have power, what do you do with it?”

“Season one was very much about setting up the world and the characters in it, and the structures that we’re working with,” said Simon Quarterman, the actor who plays narcissistic narrative director Lee Sizemore. “This season, we’re tearing down that structure. The container we created in season one is blown open. It’s so much more expansive this season. It’s an awful lot of fun.”

Based on the 1973 Michael Crichton film of the same name, Westworld takes place in a far future where human “guests” visit a park populated by robot “hosts.” Unlike the film, the TV series finds its roots in the perspectives of the hosts, originally presented as malfunctioning antagonists in Crichton’s movie. Over the course of the first season, various hosts embarked on journeys of self-discovery, all thanks to the designs of park founder Robert Ford (Anthony Hopkins), who realized far too late in his life that his creations could be both physically and morally superior to humanity.

In engineering his own death at the hands of Dolores, and in unshackling the programming that prevented the hosts from harming the guests, Ford created a new status quo in which the hosts could not only rule Westworld and the surrounding parks (and yes, plural: beyond Westworld and the already teased Shogun World, the existence of at least four other parks has been confirmed by viral marketing for the show), but the wider world itself. 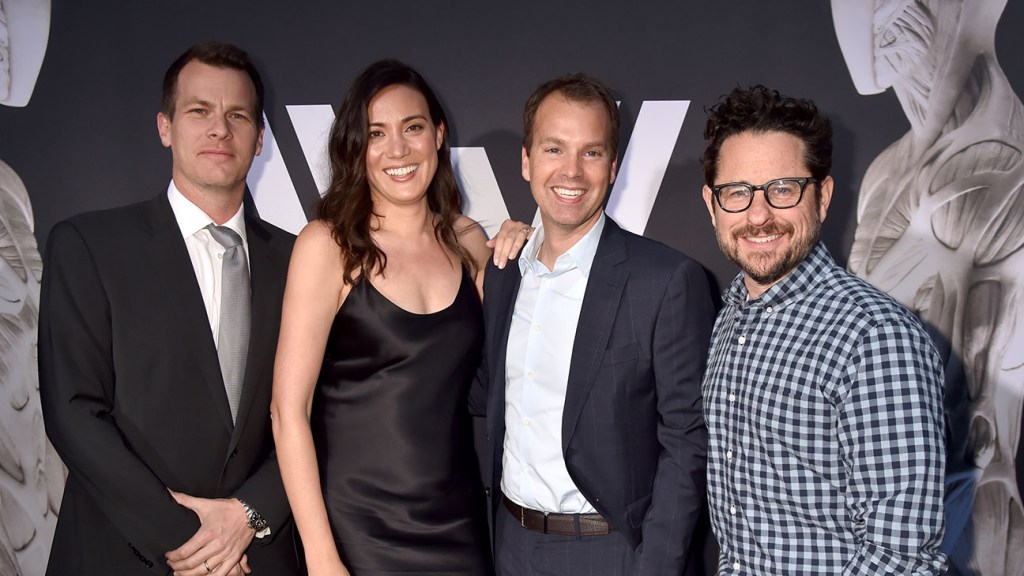 “There are awakenings happening,” said Clifton Collins Jr., who plays Lawrence, the host who often acts as the Man in Black’s gunslinging wing man. “How do you think Lawrence would react if he started developing a little bit of a conscience?”

Those are the kinds of questions the cast members loved chewing on over the course of filming season two, and certainly the same questions fans devour with insatiable appetites. Among the many reasons why Westworld captured imaginations with its first season, the fervent desire to solve the show’s riddle-filled narrative stands close to the top. Reddit detectives and other sleuths all over the Internet spent weeks embedded in the theory trenches, in an attempt to figure out the biggest mysteries ahead of the show’s reveals. Among the solved cases: the Man in Black’s true identity as William (Jimmi Simpson), Bernard (Jeffrey Wright) secretly being one of the hosts, and Bernard also being based on the likeness of park co-founder Arnold Weber.

In the spirit of the online theory culture that’s developed around the show, Nolan and Joy recently had some fun at their fanbase’s expense, promising Reddit users a full-blown spoiler video if they received enough support from the community. With more than enough of the support they requested, the duo behind Westworld instead trolled the fandom with one of the Internet’s greatest memes: the Rickroll.

“I’ve been a fan of the Reddit community from the beginning,” says Nolan. “That community in particular rallied around the first season in a way like none other: dissecting and breaking apart the story, spending almost as much time thinking about it as we did while writing it. For us, it was a special thank you to that community, in a language perfectly tailored to them.”

Creators Jonathan Nolan and Lisa Joy say HBO never blinked “when we told them the crazy shit we wanted to do.” #Westworld pic.twitter.com/WONUfkvRF2

For the crowd gathered at the Cinerama Dome, there’s no longer any need to theorize about what’s ahead in the season two premiere, as the episode (clocking in at 70 minutes) unfurled in front of a packed audience. Before the screening, HBO programming president Casey Bloys introduced Nolan and Joy for some remarks about not only the world in which Westworld takes place, but the real world that inspires the show.

“Our show is about human nature — the dark side of human nature,” said Nolan. “Our task was made vastly more difficult every day by the people we work with on our show. We were trying to hold onto [the darkness], and every day we had to work with the most talented, positive and generous collaborators — from the incredible writing-producers to the directors whose ambition never let up.”

Saying it would be impossible to talk about “the professional without the personal,” Joy concluded the opening remarks with a moving expression of appreciation for the human nature of the people who have brought Westworld online.

“We’re a group of advocates, and we’re a group of feminists, not just in the large and incredible sweeping gestures — the heroism of testifying before congress, the heroism of advocating for communities, and the heroism of battling injustice — but also in the small private gestures,” she said in her opening remarks. “The ways we listen to each other. We enrich each other off of each other’s experiences and perspectives. The way we are continually thriving, in art and in life, to do better and be better. We see examples of it every day on set. Jonah and I ourselves are beneficiaries of this kindness. Nothing in the world makes us prouder. Thank you for being collaborators who help us explore the dark themes of humanity while actively embodying and reaching the light. There are more stories to tell, more strides to be made, and we cannot wait to make them.”

The bar is on brand. #Westworld pic.twitter.com/76PTTEwTMC

Following the speeches, and the premiere itself (which will remain unspoiled here, except for this innocent tidbit: there was at least one major laughing fit during the episode, thanks to a scene between Thandie Newton’s Maeve and Simon Quarterman’s Sizemore). Attendees were invited out to the after party, held at NeueHouse Hollywood.

Bartenders and wait staff were outfitted in dark uniforms branded with the word “Delos,” the same company that runs the show’s parks. A DJ controlled the upbeat music from a balcony station high above the main floor, surrounded by robotic vultures and multicolored horses. Drone hosts lorded over several different corners of the space, and iconography from the series (including Arnold’s maze) were studded throughout the party as well. Food items on display included sliders and endives with beet hummus, and reserved seating for members of the HBO family featured edible centerpieces, including olives, prosciutto-wrapped breadsticks, and more.

A litany of celebrities were spotted at the party, including Christopher Nolan and Liam Hemsworth, both of whom were supporting their respective brothers Jonah Nolan and Luke Hemsworth (who plays QA expert Ashley Stubbs). Also in attendance: Lea Thompson (Back to the Future), Bryan Fuller (Hannibal), James Tupper (Big Little Lies), David Wain (Wet Hot American Summer) and Silicon Valley stars Martin Starr and Thomas Middleditch.

But the most buzzed about star who came out in support of Westworld was none other than Katy Perry, who was photographed at the party and inside the theater alongside Shannon Woodward (who plays behaviorist Elsie Hughes, missing in action since the first season’s sixth episode). As is the case with the award-winning music artist, fans will hear Westworld roar when it premieres its second season on April 22. 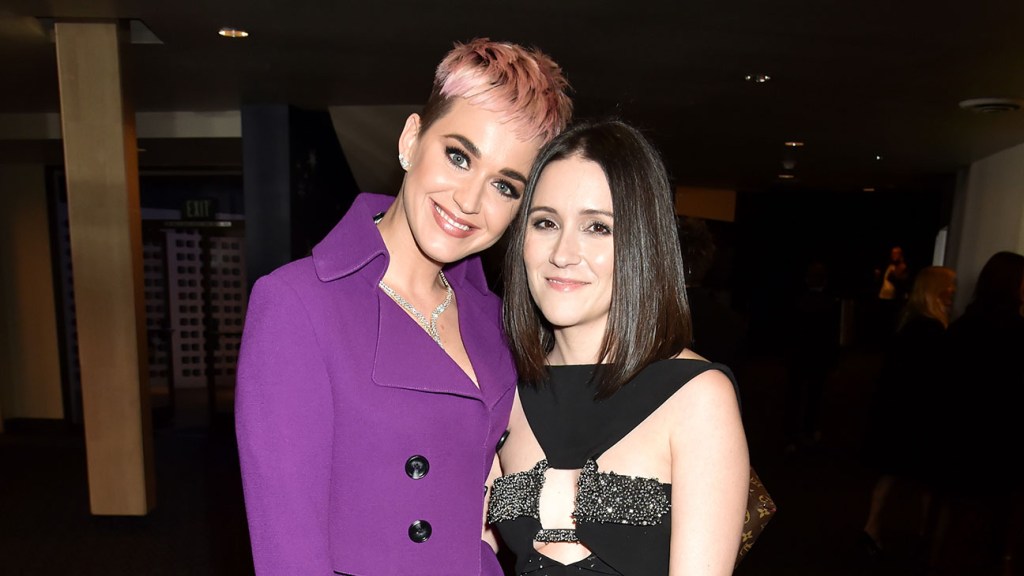 What are your expectations for the second season of Westworld? Sound off in the comments section below and keep following THR.com/Westworld for more coverage.