The fourth season of This Is Us has revealed much more about the multi-generational Pearson family through episodes about new characters, golf, swimming and multiple ill-fated dinners. During Tuesday’s “The Dinner and the Date,” the time-jumping NBC drama revealed more about Randall’s identity through the lens of two tense dinners — one set in the ’90s with the Pearsons and young Randall’s lone black private school teacher, and one in present-day Philadelphia with Randall’s family and the family of daughter Deja’s (Lyric Ross) new boyfriend (Asante Blackk). (A side plot also featured the young lovebirds exploring Philadelphia together in a Before Sunset-inspired tour shot in the City of Brotherly Love.)

Both awkward meals tackled sensitive topics of race and class, which creator Dan Fogelman and producer Kay Oyegun (the writer of the episode) discussed alongside key castmembers from the episode at a panel moderated by Fogelman’s friend and Black-ish creator Kenya Barris, at the London Hotel in West Hollywood earlier this week.

'This Is Us' Creator on Season 4's New Characters and Sterling K. Brown's "Dangerous" Storyline

Following the screening and Q&A, Fogelman spoke with The Hollywood Reporter about the massive streaming landscape, championing new voices and potential This Is Us spinoffs.

It’s obvious you cared a lot about this episode.

It’s probably an ugly quality when you like something [that you’ve made], but I’m very proud of our cast and crew. When I’m as proud of it as I am of this one it’s not because I feel any personal ownership — I’m proud of the people who really cared and put the work in.

Well, you did create it.

It’s a weird experience when you work on a show with a lot of people who you really like. You don’t see the finished product and you don’t see your part in it. You’re like, ‘Oh wow,’ this kid, Kay, who wrote the episode, who was such a huge force in the inception of the show since season one, getting this showcase and going back to her hometown of Philly and getting to shoot there — I see that, and I see these young actors just acting their faces off when they were barely acting professionally a year or two ago. It makes me incredibly proud of a lot of different people. 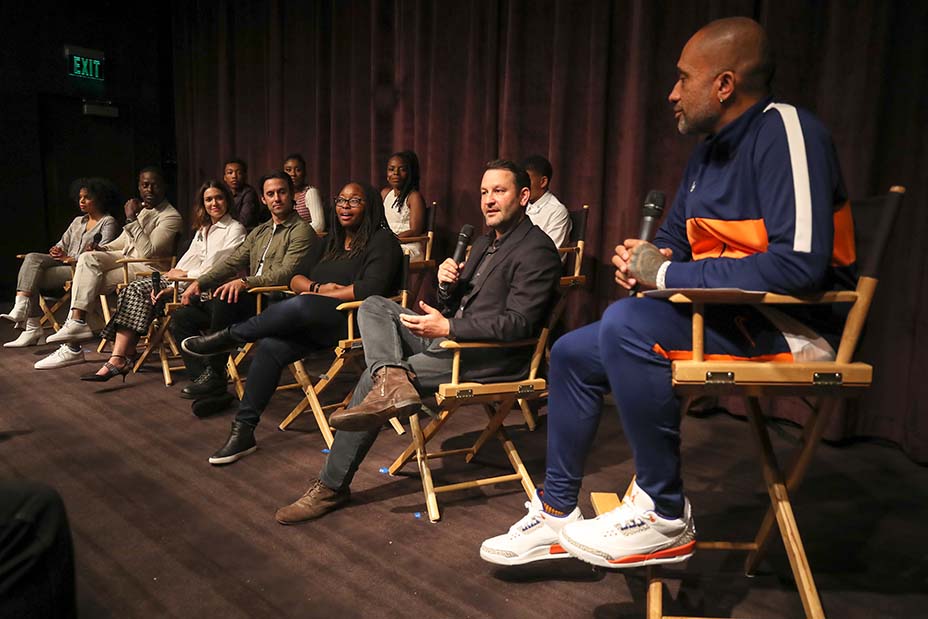 Earlier this season you discussed this year’s special episodes, like the golf episode and this one. Are you planning to play more with episode structure in the second half of the season?

A little bit. You know what we’ve been doing? To get really in the weeds with it, we’ve been serializing our past stories a little bit more than we used to. So when you think about it, an old Jack and Rebecca story with the little kids was kind of a one-off — like young Randall, young Kevin, young Kate have a complete episode, but not a plotline that continues for two or three episodes. The kids are getting older and they’re so talented and they’ve grown into such fine little actors that now we can do what we do in our present-day storylines, which is actually have a storyline start with Randall’s teacher at school and continue it over two or three episodes, whereas in the first three seasons of the show the kids were just too young to really do that the same way.

Your casting department has given you an embarrassment of riches. Do you think it’ll ever reach a tipping point where you wonder how to handle all those amazing people?

No, because we have a plan and we talk about that quite a bit. But is there a tipping point? A tipping point would be a little bit more. Right now we feel like we have a lot of balls in the air. We know how we want to tell the stories and complete them. We have so much coming with the future and the present and the past and the near future that we feel we have more than enough to solve right now. So, yeah, you add an Asante to the cast and you see his chemistry with Lyric, you’re like shit, I don’t want to be away from those two for too long. But I’m not leaving Milo [Ventimiglia] and Mandy [Moore], I’m not leaving Sterling [K. Brown] and Susan [Kelechi Watson], or Justin [Hartley] or Sully [Chris Sullivan] and Chrissy [Metz]. So it becomes a problem. It’s a good problem to have. We’re like the Clippers right now. We have too many good players.

If you think about Greg Berlanti and his Arrow-verse shows, they ended up creating spinoffs for the guest-stars they loved.

Right now I’m just trying to survive making this show. But yeah, Berlanti’s got more energy than any man alive, so I don’t know he does it. Kenya, my friend who was just here, he’s got like six-ish shows going on right now. I’m like, how are you doing this? He works 19 hours a day. He’s an insane person.

Obviously your storylines are planned out, but could there be kernels of potential spinoffs there?

Not really. The group of people that you see, you can feel when you come to these things — even if we’re completely insane and the show is no good — you can feel how much the people who work on the show love the show, and I feel a responsibility as one of the leaders of it to end it properly, to do it properly, and walk away with it with no regrets that we understayed or overstayed. So I really don’t think about that at all. Yet.

Really, I think it would be — I’m not supposed to talk about it a lot but I have the plan and I know what we’re going to do.

Do you ever see yourself as having maybe not a Berlanti-level 21 shows, but a couple?

Maybe. I’m 43 now, and I’ve always had more than one thing going on that I’m one of the main voices of — and that can be a movie or multiple shows. And that’s problematic. I think it’s really good to have, as a writer, one story that you’re focused on at a time. And so I’m producing a lot of other things. We have some big things coming, but I also have brilliant writers who are going to be the lead voice, and I’m there to be their sounding board and their champion. When I do my next show, or direct another movie, one at a time is really good for me.

This Is Us premiered the same year as Pitch, right?

That’s the one that got away. Pitch had a couple of things going for it, where I had Rick Singer, who created the show with me, and Kevin Falls, who ran it, who were able to allow me to be a massive, massive part of it, but not have to carry the day-to-day lifting. And so there’s a balance, but there’s a lot of TV right now. I had an interesting conversation with somebody I work with at a high executive level, who is like, sometimes it’s good to be really focused on one thing, as opposed to spreading yourself thin over seven.

With all these streaming services launching in the next six months, is part of you thinking about making something for one of those platforms?

I’ve been doing this since I was 25 years old and I’ve been blessed enough to get a lot of stuff made — movies, TV shows — and some work, a few of them have made it to, like, really working, and a few have made it to kind of working, a few didn’t work by whatever metrics — but I’ve made a lot of stuff. And I think I’m at a point in my life where I appreciate what a lot of the big behemoths do. But I have young writers on my staff right now who I think have something to say, and I would like to help champion them getting made what they want to make right now. Is that a lot or a little I don’t know, but I’m not really chasing that. I do think this quantity grab that’s happening right now, after a bunch of new things launch I do think there’ll be a reckoning where people need to get back to a model that used to exist where — we talk about it all the time. If you’re making a new show right now, how on Earth are you going to cut through the clutter? And there’s no real answer for that. I would never have expected our show to be one. Who would have thought Stranger Things or Handmaid’s Tale [would]? So there’s no map to it other than somebody really dug in.

Procedurals seem especially appealing nowadays because there’s something about that broad type of entertainment that’s easy to watch.

Well there’s a symptom that’s happening right now that a lot of people talk about in the streaming world, which is you go to turn on the TV at night with your spouse or your roommate or by yourself, and you find yourself with the fatigue of just endlessly clicking but can’t make a decision. You ultimately decide on something that will just allow you [to relax] — sports highlights, or a reality show that’s a guilty pleasure, because it’s hard to invest with so much. And it takes a Chernobyl or When They See Us, something that cuts through the culture in a way where everybody’s saying how good it is or important, to make you want to tune in. It’s a complicated time of, like, what should you be devoting your energy to?

Yeah, maybe you should just get really into a Bravo reality show.

There’s something to that right now. The world’s really complicated right now, our internet feeds are making everyone crazy on either side of the aisle, and sometimes you want to just turn your brain off.