[Warning: This story contains spoilers from the “Number Two” episode of NBC’s This Is Us.]

At the end of the first in a trilogy of This Is Us episodes centering on each of the Pearson family Big Three, Randall (Sterling K. Brown) delivered some horrible news to a spiraling Kevin (Justin Hartley): their sister, Kate (Chrissy Metz), had lost her baby. The second episode, Tuesday’s “Number Two,” followed Kate through the same day Kevin experienced, including the devastating moment in which she miscarried her child.

“This is like next-level heartache,” Metz told The Hollywood Reporter of her character’s latest emotional hurdle. “There is such a stigma and such shame around miscarriage. One in five women will have a miscarriage. How is it great to talk about something that people are really afraid to talk about that we never do? How do we bring it up? Where do you bring it up? It’s hard to process.”

While Kate at first feels like she’s experiencing the tragedy alone, she soon realizes — thanks to an emotional confrontation with her mother, Rebecca (Mandy Moore) — that her fiance Toby (Chris Sullivan) is hurting, too.

“She feels like she’s going through this alone, because how could Toby possibly understand? [But she finally realizes] that, yes, he’s not carrying the baby, but he also has to process it in his own way,” Metz says. “Just coming to terms with actually having a miscarriage, the hormonal imbalances. Your body still thinks that you’re pregnant. There’s so much going on physically, and that affects you mentally and emotionally. And then when she finally realizes that she has to process the feelings as opposed to eat over them at the Chinese buffet. It’s scary, uncharted territory, and I think she’s afraid that she doesn’t know what it means for the relationship.”

The moment between Metz and Moore is the most emotional scene the two have shared on the Dan Fogelman-created drama thus far, and Metz said that their characters’ conversation will have lasting healing effects. 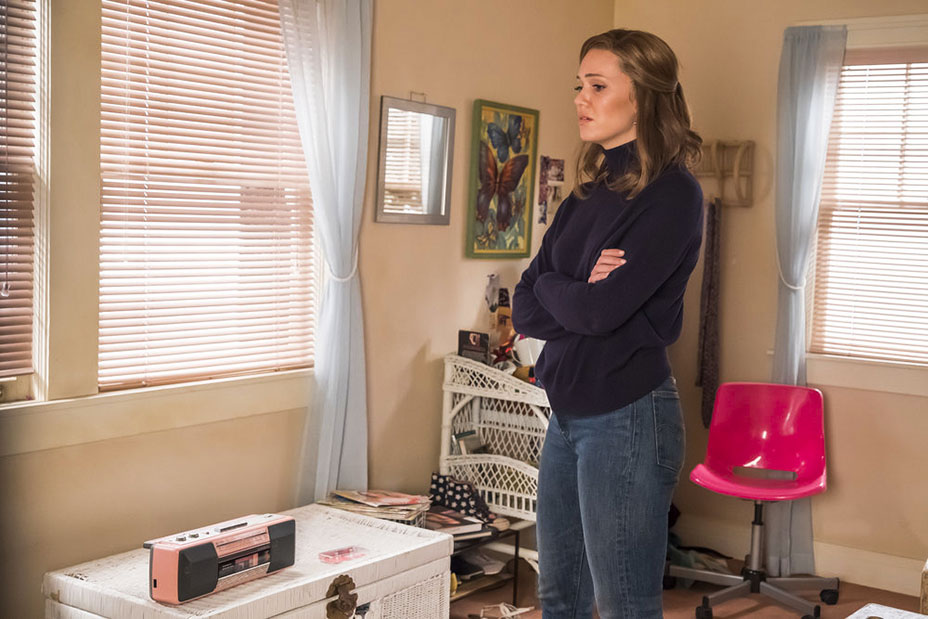 “Her relationship with her mother has never been solid enough to feel that she can trust her or call her without being judged or have the magnifying glass over her life,” she said. “That’s why she does call and say, ‘Listen, you know I lost the baby, and I don’t want to talk about it.’ And when Rebecca shows up, it’s another layer of healing in that it’s changing their relationship and bringing them closer together in a really difficult time. Then we find out that Rebecca never held Kyle [her third biological child, who died during birth], and there’s a common ground in their grief and their loss, and we’ve never seen that between Rebecca and Kate…. You’ve never seen Kate vulnerable with her mom. It’s always been private, quiet moments. It’s never right in front of her face when they talk about the real pain and the real sadness. Having this miscarriage has brought them together. They have more in common than they ever thought.”

The Emmy-nominated actress also noted that being so vulnerable and emotional while filming that scene was one of the more special moments she’s experienced on the time-jumping family drama. “Yes, I’m emotional, but I’m pretty optimistic and upbeat. So sitting in that space is difficult. But I have to say, when I opened that door, and the way that Mandy, as an actress, showed up for me as an actress and for my character, I lost it. I thought about my own mother. It was really something. There were so many feelings in the hug.” That moment will also change the relationship between Toby and Kate — but for the better. “Kate and Toby really do love each other, and they’re going to get through it together and they’re going to put the shower curtain up together, and they’re going to talk about their feelings. Being vulnerable in relationships is really hard,” Metz says.

But now that Kate has finally opened up about how she’s really feeling, the couple can process their grief together. “It might not be instant, but they process it, Metz says. “It’s scary. People do have multiple miscarriages, and there’s uncertainty, and she’s still pursuing music. She doesn’t know what that looks like, and we don’t know what’s happening with Kevin, really. It is very hopeful, and I really liked that aspect of the writing because I think art and what we watch and what we read can help us to process things differently.”

Before he can fully move on, however, he pulls a very Toby move — a grand gesture to the UPS shipping facility to stop the baby bath they’d ordered from being delivered to their home, something that probably could have been accomplished by just waiting at home and getting the mail before Kate. 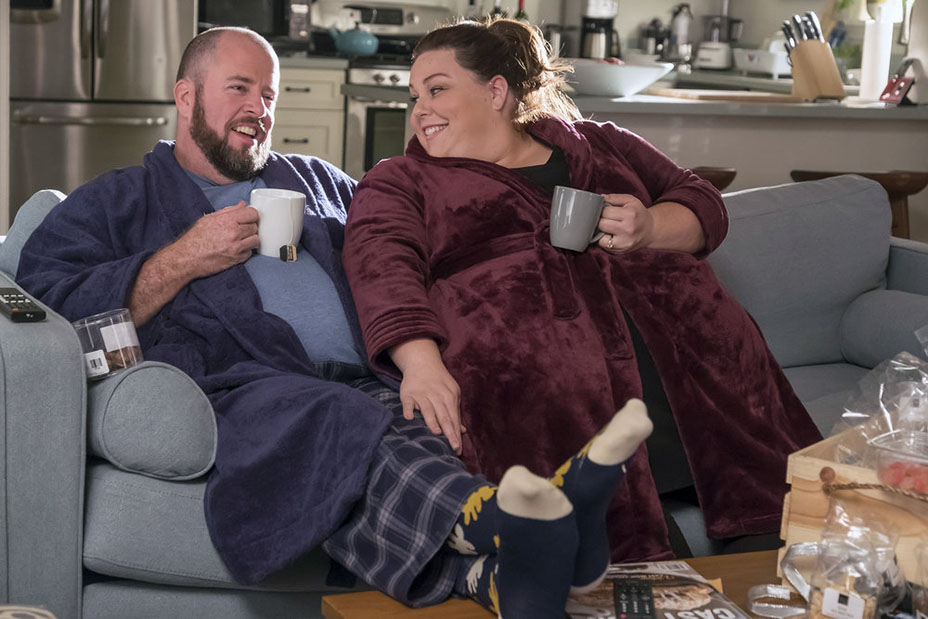 “He has his own pain and his grief [over the baby], and his previous marriage was somebody who completely disregarded who he was as a human being, and all his goodness, but just took advantage of him,” Metz says. “I think with Kate, she enjoys that. She is romantic, and she loves love. He knows [the bath] is important to her because she went to go measure the bathtub for the baby bath and that’s where the miscarriage [began]. How does he process his grief in his style? What can he possibly do? He cannot help her in any way, physically, mentally, emotionally until she lets him in. What does he do? That’s the way of him deflecting or him trying to help in his own way — to stop the mail coming so she doesn’t even see the box of the baby bath…. He was in a lot of pain and that was the only thing that he could potentially have control over because he doesn’t have control over anything else. It’s a really sweet gesture, and we do what we think is right at the time.”

On Nov. 28, the third and final stand-alone episode will turn the focus on the last of the so-called Big Three: Randall (Sterling K. Brown). Metz says that the hour will reveal some of Randall’s most formative experiences and how they connect to the choices he’s made in his adult life.

“Obviously, being twins, there’s sort of a divide between [Kate and Kevin] and Randall,” she said. “There are so many discoveries that we’re going to understand about how Randall felt and about his inability to be flexible — because he’s very rigid — and how he felt as a kid and as a teenager growing up and his backstory and what shaped his decisions, and why he was, for instance, attracted to Beth, and how they got together. It’s going to be really good, and really different. I’m just excited for everybody to see. Niles [Fitch], who plays the young Randall, is just fantastic. It’s just really cool to find out what it is that shaped all of the characters into their adulthood. We’re going to discover a lot about that.”