When the second season of NBC’s This Is Us comes to a close March 13, the Dan Fogelman-created family drama should end on much happier terms for the Pearson family.

Co-showrunner Isaac Aptaker told The Hollywood Reporter that after the grief and despair the family has faced as the drama finally revealed the circumstances surrounding patriarch Jack’s (Milo Ventimiglia) death, the happy occasion of Kate (Chrissy Metz) and Toby’s (Chris Sullivan) wedding will be a relief.

“Everyone is really trying to make sure that this goes as well as possible for Kate. They know that it’s a very loaded day for her because of her wish that Jack could be there and, of course, he can’t,” he said. “So they’re all doing everything in their power to make sure that the day goes smoothly for Kate.”

“It’s always so much fun for us whenever we can have all of our characters in one place, which is a little rare because of the nature of the show and everyone living on different coasts and whatnot,” Aptaker said, “but we are throwing everyone together up at the family cabin for a very, very big celebratory occasion.”

Here’s what to expect from the season-ending episode:

“Anything’s possible on our show. You have to watch the episode and find out,” Aptaker said. “This is definitely the weekend where everyone’s gathered for a wedding, but whether or not rings are exchanged you have to stay tuned.” 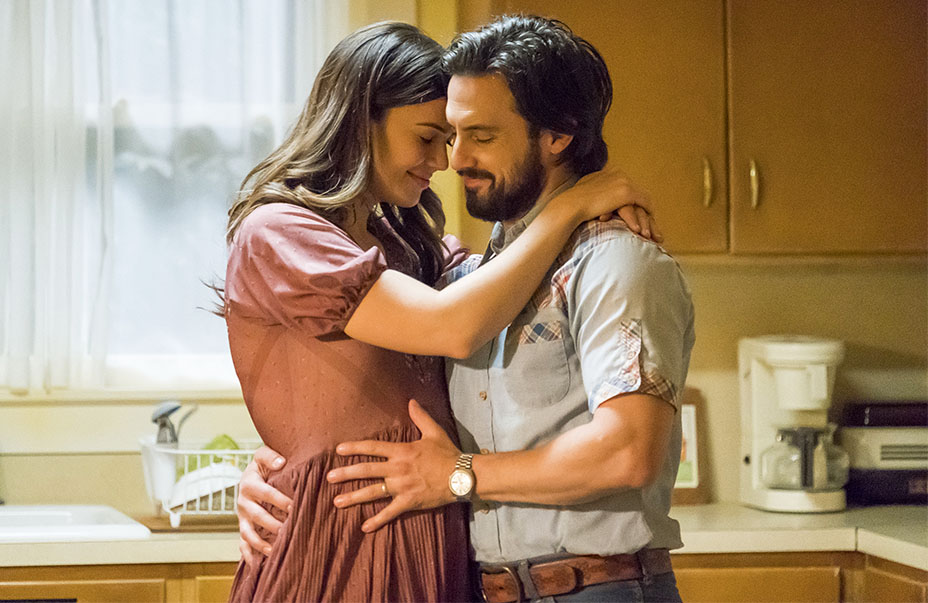 2. There will be new characters.

In addition to a vision of Jack as an old man (as in the promo, above) the episode will introduce Toby’s parents and someone from Beth’s family, but there’s someone on Toby’s side who won’t be present. “We’re not going to meet Toby’s brother in this episode, just his mom and dad,” said Aptaker.

3. Kevin and Randall will take on surprising new roles.

“Kevin’s very, very committed to staying sober. Luckily he has this outlet to focus on this weekend. He and Randall are almost sharing the role of co-wedding coordinators, and so they really have their hands full with throwing this party,” Aptaker said. That winds up being great for the newly sober Kevin. “I think he’s too busy to even really be tempted by the alcohol at this event.”

4. You’ll probably cry — but happy tears rather than sad.

“What I love so much about this finale [is that] it has a real optimism and hope to it,” Aptaker said. “This season was, in a lot of ways, so marked by tragedy and grief and mourning for this family, and we’re ending with a wedding, which is one of life’s celebratory events. For our Pearsons this wedding is so much about looking forward and this new chapter in their lives where they’re coming to terms with the loss of Jack in a much healthier way than they ever have before. It’s emotional. There are cry moments. It’s still our show, but it has a real optimism and joy to it that I think we’ve all been craving on the show recently as we’ve been dealing with the darkest time in this family’s life.”

'This Is Us' Introducing Toby's Parents, Beth's Extended Family

“For Kate, the core issue there is how do you celebrate what should be the happiest day of your life when so much of her ideal wedding would have involved Jack, whether it’s walking her down the aisle or a father-daughter dance?” Aptaker said. “How do you get over the fact that a lot of those traditions can never be because your father is no longer with you?”

6. Yes, there will be cliffhangers. (Yes, plural).

“We have big cliffhanger moments,” Aptaker confirmed. “There’s certainly quite a few that hit toward the end of the episode that I think are going to have people very, very excited for season three.”

But don’t worry — they will still be very organic cliffhangers.

“We’re not ending a season where there’s three seconds left on a bomb that’s going to detonate. It’s not that kind of thing,” Aptaker said. “But yes, there’s big emotional twists and surprises in our last episode that I think people are going to very excited about and then have to wait, unfortunately, for a long hiatus until we come back in the fall to get the answers to.” 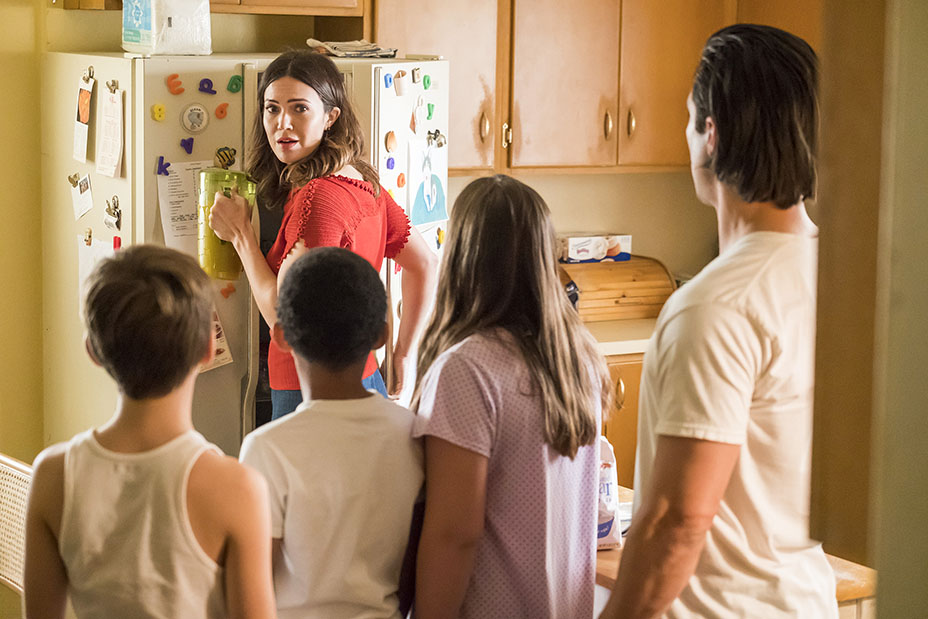 And while Aptaker anticipates that some viewers will be impatient for the show to return, he hopes they’re sympathetic to the plight of the writers. “I hope everyone remembers that these shows take a little while to write and to produce and we’re doing it as fast as we can.”

7. Season three will begin with a time jump.

The writers have just begun working on shaping the show’s previously announced third season, so there aren’t any scripts ready yet. But Aptaker hinted that the premiere will have a similar structure to season two’s in that it will only jump forward a couple of months. “We try to stay relatively in real time with our present stories on our show because everything jumps around so much,” he said. “We like to keep one constant, so chances are that season three for our present-day Big Three will pick up in the fall of their 38th year.”