Continue to The Hollywood Reporter SKIP AD
You will be redirected back to your article in seconds
Skip to main content
April 2, 2019 7:00pm
Logo text

[This story contains spoilers from the season three finale “Her” episode of NBC’s This Is Us.]

Tuesday’s season three finale of This Is Us not only resolved the most pressing questions about the present-day Pearson siblings, but also brought together most of its characters in a substantial flash-forward scene that revealed plenty of information about the direction in which the NBC family drama will likely move throughout the second half of its run.

In the present-day storyline, Beth (Susan Kelechi Watson) and Randall (Sterling K. Brown) realized there was a way they could both live out their dreams (though, naturally, it was the former who thought of the compromise): they’re selling their house in North Jersey and moving to Philly, where Randall will be sworn in as a councilman and Beth will start her own dance studio. Kate (Chrissy Metz) and Toby (Chris Sullivan) were finally able to take premature baby Jack home from the hospital as Rebecca (Mandy Moore) and Miguel (Jon Huertas) house-hunted for a place nearby. And Kevin (Justin Hartley) and Zoe (Melanie Liburd) broke up when he realized he wanted kids someday and she did not.

In the flash-forward, however: Randall and Tess met Beth at a gorgeous house, which turned out to be Kevin’s — where he lives with his son. Toby arrived — sans wedding ring — and said he talked to Jack and “they” were on their way. (Since Kate wasn’t with him, could she be with Jack?) Kevin was at the store, so he wasn’t there either. Why were they all gathering together?

They’d all gathered to see Rebecca, who was silent and bedridden (and wearing some truly impressive prosthetics to make a 34-year-old Moore look elderly), as Randall walked into a room to introduce himself as “your son.” An older Nicky Pearson (Griffin Dunne) sat by her side and greeted Randall when he walked in.

The final scene was juxtaposed with the kid versions of the Big Three visiting Rebecca in the hospital after a car crash. Randall’s introduction, plus the Pin the Tail on the Donkey game that the Pearsons loved as kids, seem to point toward a future where Rebecca is losing her memory due to dementia or Alzheimer’s or something else.

Below, creator Dan Fogelman discusses what that final scene implies, his plan for the rest of the series and what to expect in the fall when the still-not-officially-ordered season four begins. 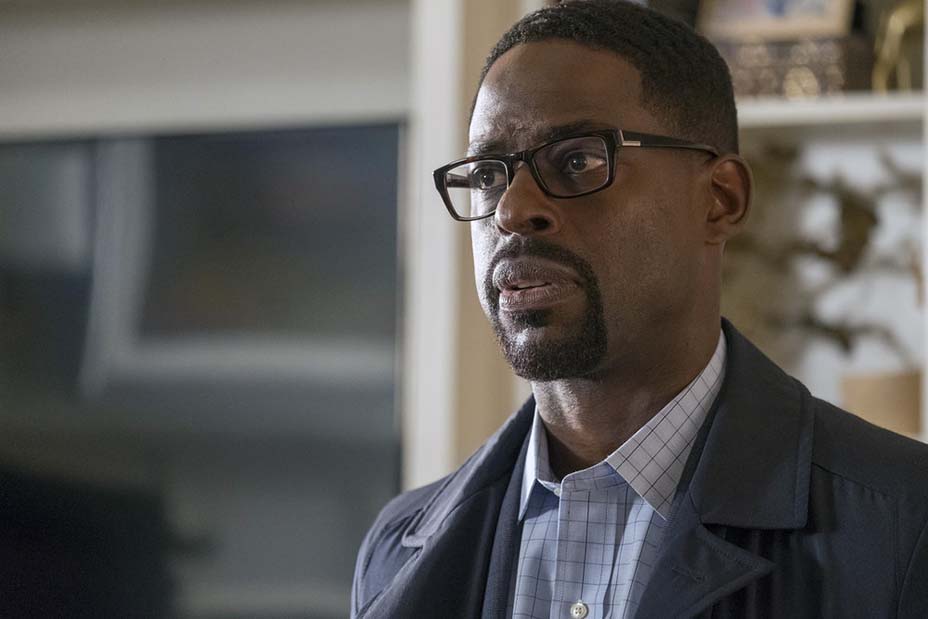 Let’s start with the final shot of the flash-forward. It seems like Rebecca has Alzheimer’s — is that a correct assumption?

I think there’s a lot of ways it could be read right now. I think that clearly Randall’s introducing himself and something seems vacant there. But it’s also been a bit of time, and this could be just kind of a different form of aging or something else. I think that that’s not an unexpected possible read of it, if that makes any sense.

So, you’re not confirming Alzheimer’s, it could be dementia or something else?

It doesn’t mean it’s necessarily accurate. But it does mean that it’s not an unexpected read. We are prepared for people to maybe think that.

Is this telegraphing that the show will maybe end with Rebecca’s death?

I don’t think people really know where the show’s going to end. We have a big plan for the rest of this series. Some things that are heavily mapped out are where we’re ending and where we’re starting next season. And I don’t think there would be any real way for anybody to try and guess where those things are going, because they wouldn’t be able to get it right. There have been times where I’ve been able to sit here with some potential thoughts and theories on it and say, “Oh yeah, that’s possible, or that could be right.” But I don’t think anybody would have a way of really guessing where this thing is completely going.

'This Is Us': Could This Fan-Favorite Couple Be Headed for Divorce?

Is Nicky’s presence showing that maybe Rebecca and Nicky kept in touch? Clearly, Nicky had a change of heart about keeping in touch with this part of his family.

At the end of episode we get a lot of answers to things that people have really cared about, whether it be Randall and Beth, Kevin and Zoe, etc. Obviously, by the allusion from Toby, Jack is OK. There’s other things that ask some questions at the end. One of them is how Nicky got to be at Rebecca’s bedside. Honestly, that’s a part of where we’re going. It’s not something I can talk too much about right now, but certainly, again, not unexpected that that would be a question that people have.

I guess the natural follow-up to that is where’s Miguel?

He’s somebody that you’re not seeing at the house and at the bed. Could it be that he’s just stuck in traffic? What is going on? It’s a very good question that I can’t give an answer for.

The flash-forward finally showed that Beth and Randall are OK and still married in the future, and a lot of viewers felt that they would be. Did you think about extending their issues for a little bit or did you want to show that they worked it out?

Obviously there’s a distance to traverse between them coming together at the end of this episode in the present and where they get to hopefully in the future. That story doesn’t mean it’s necessarily over yet, but what I would say is as a viewer of the show, I never would have any doubt that Randall and Beth would figure it out. I think I was excited and blessed by the job our actors and writers did that people were worried about it because it meant we did our jobs correctly. I think what we witnessed in the back half of this season with them was probably, arguably the toughest point of their marriage. I think it sets us up for a really positive story between them getting back on the same page next season. As we have questions about other things, and other things that the future alluded to with other characters, I think we can expect for Randall and Beth to go back to a solid place. Sometimes our biggest low points in a marriage can break people or it can make them stronger. It’s like breaking a bone and the bone healing itself stronger. I like to believe that that’s what’s going to happen for Randall and Beth as we move into season four. 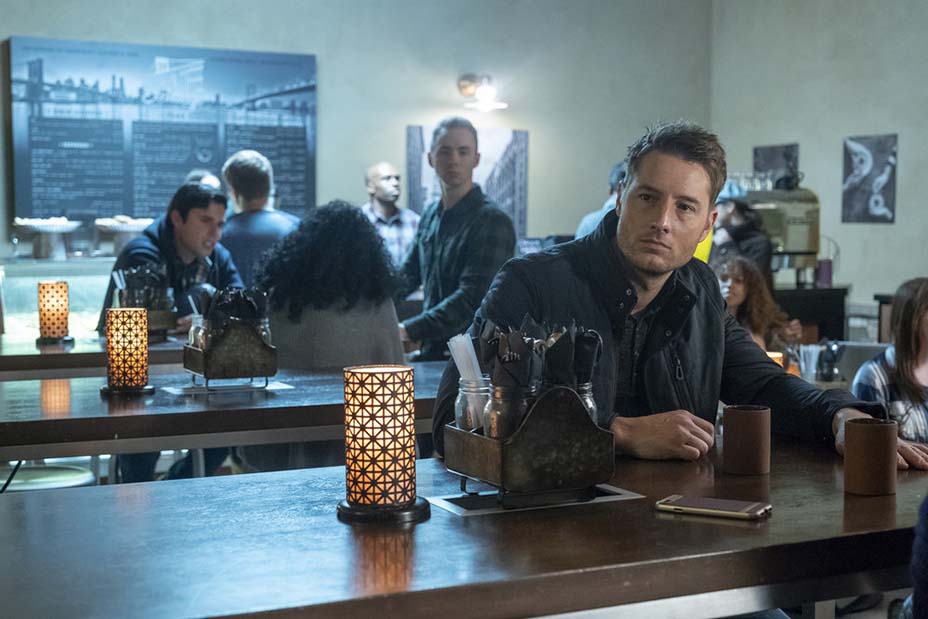 Kevin and Zoe, on the other hand, didn’t seem to work things out, and in the flash-forward Kevin has a son. What does that mean for Kevin going forward as you start season four?

Kevin’s story in many ways to me is always so rich, because he’s such a well-meaning character and he’s got such a good heart but he’s also so incredibly flawed in love, in life. Every giant step forward is met by a half-step or sometimes two steps backwards. I think Kevin’s always been, without even realizing it, on a collision course with becoming a father — hopefully becoming a really good father, hopefully becoming Jack Pearson’s son as he always intended to be. But that doesn’t happen overnight and I think we’re right in the middle, like we are with this entire series, of Kevin’s journey right now. I know sometimes people get frustrated when our characters make steps backwards, but that’s how our lives move. It’s two steps forward, one step back. Kevin’s in the middle right now, and we’ve seen a flash of where he’s heading but we don’t know everything yet. He’s someone I’m really excited to play out the back half of his movie for, because I’m excited to see if he pulls it all together and kind of gets his shit together in the end.

As for Kate, we also didn’t see her in the flash-forward, but we did see Toby. I did notice that he wasn’t wearing a wedding ring. It sounded like maybe Kate could be with Jack and on her way, too. But what can you say about keeping that ambiguous?

I think there’s clearly a couple of reads of that final moment. I think the big positive read is the reference to Jack, that our baby who’s heading home at the end of the episode, who’s had a very scary birth and early delivery, has made it. So, people can relax that we’re not gonna be masochists and do something like that. So, in terms of the Kate-Toby dynamic, yeah, once again we have jumped into a different part of the family videos and been surprised at the people who are together, aren’t together, aren’t there. Has something happened? Has something happened in the relationship? Those are all questions we’ll solve moving forward. Like I said, we’re just in the middle right now. 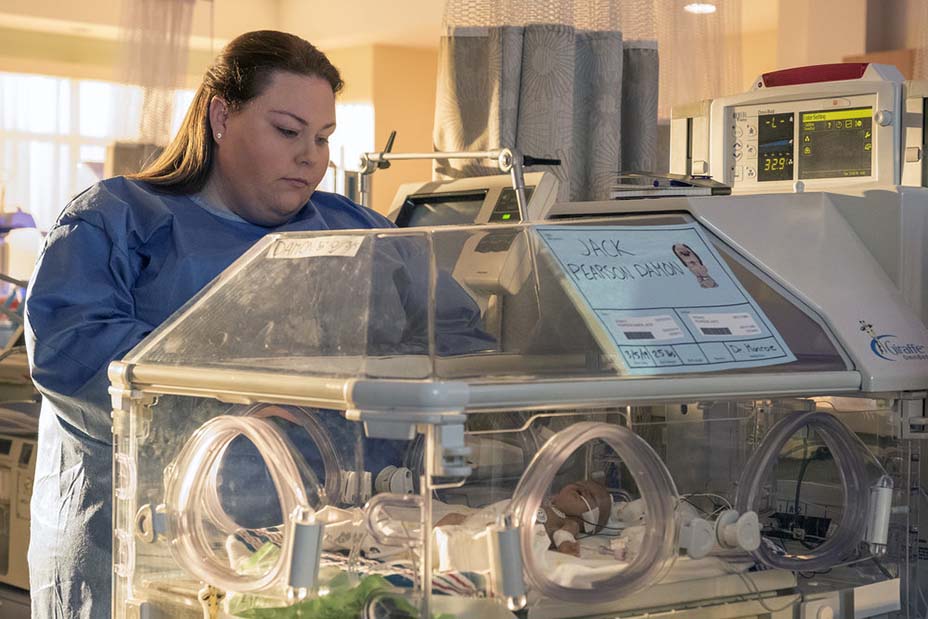 Does this final scene mean that maybe next season we’ll start seeing flash-forward stories regularly, in addition to the past and present?

We have a big, sprawling plan. Next season is a very past-heavy season. We’re going to play in time in a surprising way as we move forward into next seasons of the show. As I’ve said before — and it’s very heady, weird stuff that’s not as complicated as it sounds — at a certain point our present becomes our past. That sounds really confusing, but it does in the show at some point.

You say this is the midpoint of the story. Do you have three more seasons outlined?

I think it’s fair to say without putting a number on it, when I talk about being at the midpoint of the series, I’m talking about the characters’ stories, and the arcs. I mean, my writers and I have carefully mapped out a plan for the rest of the television series that goes well beyond next season. That’s all I’m really allowed to say about it, but yes.

TV Ratings: 'This Is Us' Finale Improves, Leads NBC to Victory