Though NBC’s This is Us spent two years leading up to what caused the imminent death of Jack Pearson (Milo Ventimiglia), it was how Pearson’s death truly affected the characters that was the focal point of the recently-wrapped second season. While each member of the Pearson family varied with their personal struggles, it was Justin Hartley’s Kevin Pearson who endured the darkest hurdles. Whether battling alcoholism, a strained relationship with his family or an identity crisis, Hartley’s Kevin journeyed through a dark tunnel throughout the second season only to find a dim light upon the show’s recent finale.

Looking ahead to season three, the star spoke with The Hollywood Reporter on taking on a darker role, the complicated journey his character is about to embark on and why he was “relieved” everything came crumbling down for the series’ misunderstood character.

'This Is Us' Boss Explains Season 2 Finale Flash-Forwards, That New Character and What's Next

How have the dynamics among the cast changed from the first to the second season?

I remember coming back to season two and we had a photoshoot… and it was the first time that we had gotten back together and seen each other in a long time. I remember there was a feeling out period. Everyone was nice and kind. We all loved this script, you know we had this thing in common. We’re all obviously trying to get to know each other…It was almost like that time when you go back to visit your high school or college friends…it was that kind of thing. Even on set, we have a kind of short-hand now. I can look at Sterling (Knight)’s face or Chrissy (Metz)’s face or Mandy (Moore) or Susan (Kelechi Watson) and I can already tell what they’re thinking, what their head space is and they can probably do the same thing for me. There’s also less pressure in a way, because we already are what we are but there’s more pressure in a way because we are what we are. There’s a standard now.

This season, the characters were explored more in-depth, in particular with your character, Kevin, who endures a darker period more so than the others. How did you feel when you learned what was in store for Kevin in season two?

Not to sound twisted, but I was a little relieved, because the whole [of] season one was building up to something; A crescendo like, ‘What’s going to happen to this guy?’ He just keeps doing the same thing over and over again and it’s interesting, but it’s like where’s the growth? When is he going to grow up? He’s a grown man. Then finally when the season happened, and I was sort of privy to where the story was going pretty early, I was a little relieved. I was like ‘Good, I’m glad that this is happening and everything comes crumbling down.’ He’s sort of rebuilding his entire life and being held accountable and learning what his deficiencies are. [Also], this disease he has and how he’s going to deal with that going forward and kind of reinvent himself as a man, be the person that he always thought he could be and the person that maybe he thought his father could be, but he never had a chance to be.

It seems as if Kevin has given himself a responsibility to essentially be another Jack, or someone his father would be proud of, but the pressure has ultimately led him to this journey of darkness and identity loss. What do you think is his biggest hurdle to just be the true Kevin? Does he even know who that is yet?

I think that’s his journey in season three, to figure out who that is and be happy with that. And understand that you don’t have to be perfect in every moment and there are actually going to be people that don’t like you and that’s OK. If you think that every single person out there is going to like you, then you’re wrong. I think he’s trying to balance that, and his insecurities, with also doing good and being a good person and not just saying, “Well, I’m going to do what I want and everyone’s going to love me.” Now he’s kinda looking at it as, “I’m going to do the right thing and be good and be honest and be kind, and there’s still going to be people out there that still don’t like me, and I need to figure out a way to be OK with that.” That’s a way more complex thing to sort of wrap your brain around.

What would you say is the biggest misconception of Kevin?

The misconception was at the beginning of the series and quite frankly, three quarters of the first season, up until you saw Kevin leave the play and run to Randall’s aide and just grab him and hold him and let him know ‘You can lean on me. Everything’s going to be okay…. I’ll be your release. I’ll be your extra heart.’ I think up until that moment, the misconception was that he’s just sort of this empty, voided out narcissist and not really going anywhere. Then he had to deal with this identity crisis with not [just] figuring out who he was, but facing who he was. He chose to do it alone, because he doesn’t ask for help. I think one of the biggest misconceptions is that he can handle things on his own and he’s not vulnerable. I think out of everyone you see on that show, he feels the most. I think he’s the most emotional. He’s scared. He’s the bravest. People sell him short. 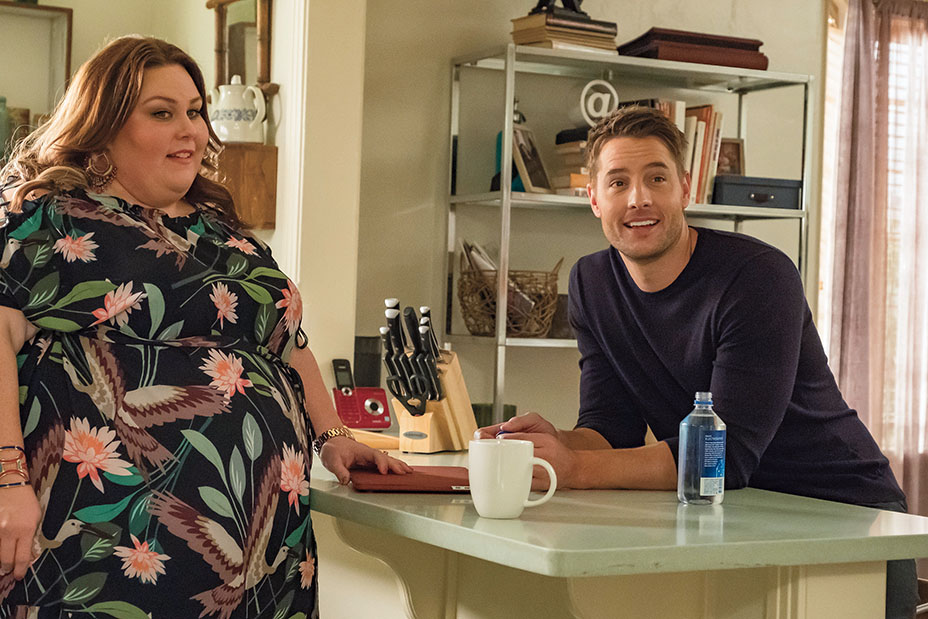 In the first season, it’s known that Kevin has a strong bond with Kate, but this season viewers got to see him work on his complicated relationships with Randall and Rebecca. Is this something that you think Kevin will strive to make a priority going forward?

Absolutely. I think he’s realizing a little later than you would hope. I think he’s understanding the nuances with his relationship with Randall [and] his relationship with his mom. With Kate, even though they’re close, that was a co-dependent relationship. It is an unhealthy relationship, and I think he’s understanding all of that and sort of trying to figure out how to make not only him better, but his relationships better, other people better, and try to be a better man. When you talk to people who have gone through this kind of thing, the first thing they do is try to figure out who they are, where they come from and what makes them happy. Not in a selfish way, but in a way that allows them to actually care about other people. [In the season two finale], we see him flying to Vietnam with this woman and everything seems to be going well, but make no mistake, he’s at the very, very, very beginning of a very long road that is going to last the rest of his life, and it’s going to have left turns, right turns. He’s going to run off the road a couple of times, probably. He’s going to take wrong turns. He literally just backed out of the driveway, but at least he’s in the car.

'This Is Us' Stars, Creator on the NBC Drama's "Surreal" Popularity, Season 3 Plans

So, has Kevin truly gotten his act together?

I think he does have his act together and I think something like this isn’t something that you get over, it’s something that you deal with. Someone said something the other day… it was a quote from a TV show…one of the characters said, ‘A good day is when everything goes my way and I don’t drink. A great day is when nothing goes my way and I don’t drink.’ I remember thinking when I saw that, ‘Oh that’s Kevin.’ This is part of the fabric of his being. It lives inside him and this is a part of him and it’s not just something you never stop dealing with.

What do you hope for Kevin next season? Maybe a glimpse at an older Kevin as we have now seen with the flash forwards of Randall and Rebecca?

I think that would be cool just to see where he ends up. Like does he have kids? Is he doing well? Is he divorced? Who’s he with? Is he even alive? Personally, as an actor, I’d like to see a 60-year old Kevin, because that means I make it to like season 4 or 5. Beyond going older with him, I want to see what he does next. I’m intrigued. I want to know what the next year has in store for Kevin and I mean what a year he had! He was almost suicidal. He had a total mental breakdown and then a total breakthrough but now he’s got this whole set of information that he’s gotta download and go forward with. So, he’s kinda like a new man and I’m curious to see how he handles that and how he walks around.

What would you say was your proudest moment this season, whether personally or for your character?

Our writers give us so many moments that you hope you get once in a lifetime, and I feel like we get one every day. I remember getting the script — which was amazing — and I remember thinking, “Gosh, I hope I can do this.” I was really proud of the way that we told Kevin’s story in a way that looked real and true and honest, and we weren’t afraid to show someone that didn’t have any of the answers and could very easily wind up in jail or hurting someone. He was a complete out-of-control mess! I like that we didn’t shy away from that and that we were able to tell a real depiction of this horrible thing that people go through.

This season welcomed some special guests, with Ron Howard and Sylvestor Stallone making appearances. Who would you want to welcome as a guest star for future seasons?

I’m going to go real easy here, like real easy to get. You’ve probably never have even heard of him: Um Tom Hanks? Have you heard of him? Look him up. If you look up Tom Hanks and you see who he is… I really want to get Wilson. How great would that be that Kevin makes it that big? I mean, Tom Hanks does Ron Howard movies! How cool would that be if they did a Ron Howard, Tom Hanks, Kevin Pearson movie? (laughs) We could do a Splash 2! There’s a life goal for you.

Being that the title of the show is This Is Us, what would be your response for “Kevin Pearson is …”?