[This story contains spoilers from the Sunday, Feb. 4, episode of NBC’s This Is Us.]

After nearly two seasons of intrigue, the mystery surrounding Jack Pearson’s death on This Is Us has been solved. In the NBC drama’s “Super Bowl Sunday” episode, it was revealed that Jack (Milo Ventimiglia) survived the fire that consumed the Pearsons‘ house — only to die hours later in the hospital from a heart attack caused by complications from smoke inhalation.

Ventimiglia spoke with The Hollywood Reporter about filming the emotional episode, Tuesday’s equally emotional funeral episode and his future with the Dan Fogelman-produced family drama.

“Tuesday night’s still a doozy,” he said of this week’s upcoming episode. “Imagine there’s the immediate knowledge and shock of a hearing of a loved one’s passing and then you know that you need to prepare yourself for the funeral. That’s pretty much what you’re up against.”

Are you relieved now that this mystery is over?

Yes, 100 percent relieved. Signing up for this show I knew there was going to be tears; I didn’t know there was going to be so much fervent chasing of the family secrets. I’m happy that the audience now knows because they’ve asked the question for so long now, but at the same time my heart breaks. And now everybody’s asking the question of, “Well, wait a minute, where are we going now? What’s Jack up to now? What’s happening? I don’t understand. Are you still on the show?” So I’m happy that a larger piece of that is out of the way, but there are still secrets to uncover and things to know about this man, this patriarch of the family. 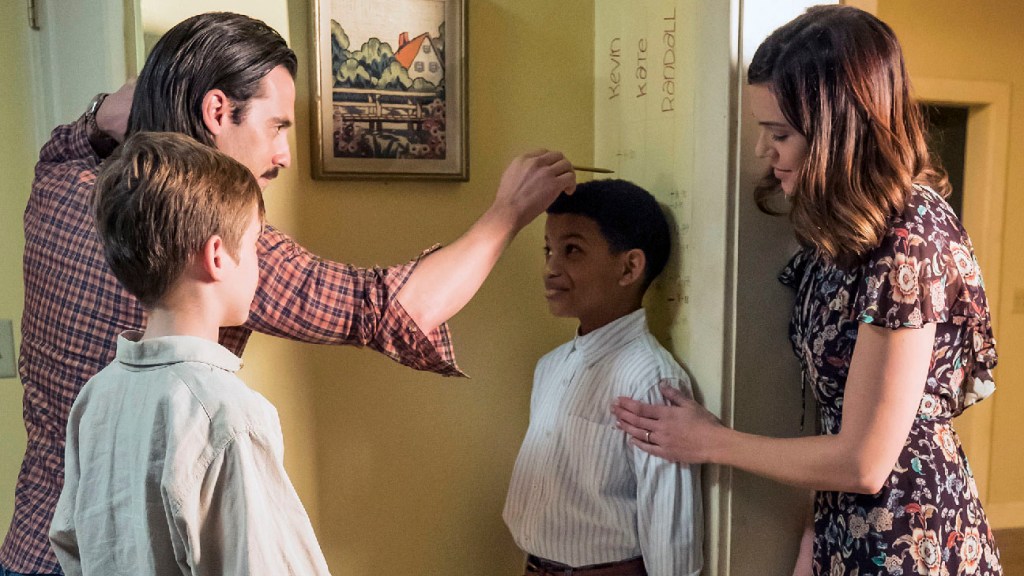 Speaking of those questions, are you still coming back as a series regular next season?

Oh, yeah, of course. I was never going to leave the show. A while back, Fogelman explained [the show] … as a box of unmarked home movies and each week we’re going to reach in and grab one and just tell that story. This was just one of those tapes, one of those moments where we are understanding a moment in this Pearson family, the loss of their father. That was just the story of the week that we were telling. There’s still a lot more to go, and that means yes, I’m still around.

Do you worry that the show could reach a point where you won’t be part of it week-to-week?

I don’t know, and I don’t worry about that so much. It’s all a part of it, and I’ve always been someone in life that, if I have a purpose I’ll be there, and if I don’t, I guess I can move on to something else.

Critic's Notebook: Time for 'This Is Us' to Move on After Super Bowl Episode Answers

Do you think Jack would have still gone back into his burning house if he knew it would lead to his death?

No. I don’t think anyone faced with that, especially to pick up a few prized family memories, no. Because the real goal is to be there for your family, so I don’t think Jack would have gone back in for those things had he known. But we never know that as people and Jack’s best intentions and just who he is as a man, of course he was going to go back in. And he did! He ran in and he got everything and he got out. But Jack is no fireman. He doesn’t understand fire or smoke or any of that. He’s just a dad and a husband and for him, he was just reacting as fast as he could and adapting to what was in front of him.

The performances in this episode, especially from Hannah Zeile as teen Kate, and Mandy Moore, were heartbreaking. What was it like working with them on this episode in particular?

I say this often, but thank god for Mandy Moore, because there is no level of imagination I need to drum up as Jack. I look at her and I’m right there and in Jack’s heart and in his head and I’m with my wife. So thank god for Mandy Moore. At the same time, it’s painful to watch her or listen to her go through such anguish of losing her husband. That was always very hard. Mandy is a rock. She’s someone that, scene after scene, she delivers this beautiful performance of this woman who has had so much taken away from her with her partner and so much weight put on her after that by her family. I’m in awe of Mandy always.

And the kids — to start with Hannah, it’s been a very proud moment to see where she had started with the series and where she is now. The same goes for Niles [Fitch] and Logan [Shroyer], who wasn’t in the fire stuff — those three young actors, I’m constantly impressed with the depth with which they know their characters now and how they are finding their way on a set and understanding the real work and the real value of being on a set. It’s beautiful to see, as someone who’s been around now several years into a career.

You’ve mentioned that Jack’s brother will play into his upcoming storyline. What else can you say about that?

It’s been a question, what Jack’s younger life was like, what his influences on having a positive family experience were. A lot of that relies on his relationship with his brother and what they experienced in the house they grew up in. For Jack and Nicky, I think a lot of that probably will be played not so much on younger child actors that are playing those parts that will rely on myself and another actor stepping into the shoes of Nicky — their time as young men, their time in Vietnam, the knowledge that maybe Nicky didn’t quite make it. 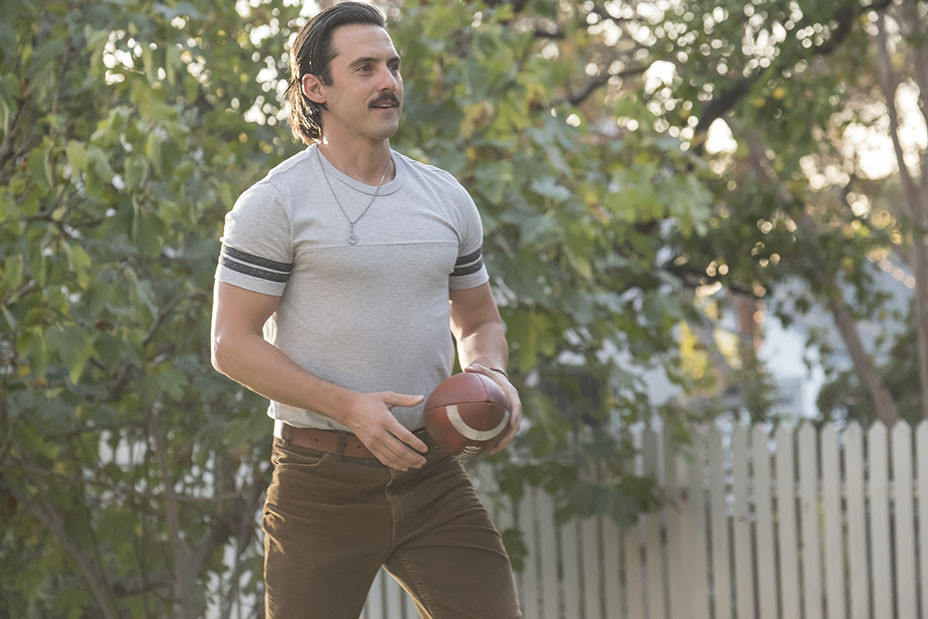 You’ve appeared with Sterling K. Brown and Justin Hartley in the present day, but will you be worked into that storyline in other ways?

I hope. I always hope, only because I’m so enamored with my cast and sad by the fact that I don’t really get a chance to work with them. I know Fogelman has kicked around a few ideas and I’m just patient as I can be with him.

The end of the episode saw a flash forward to Randall’s daughter Tess in the future. You’re obviously not in it, but what can you say about exploring that timeline?

I’m just happy we finally got to that point. Dan was talking about flashing forward to a younger one of [Randall’s kids] … since the second episode that we filmed. So I’m happy that we’ve made it to that point where the audience understands it’s not just about going back in the past but it’s about stretching out the future. It’s like Kevin’s (Hartley) speech at the end of episode five of the first season. It’s the painting — we’re all included, whether before we’re born or after we’ve died. We’re all always in the painting.

It’s impressive you remember the speeches from specific episodes.

They impact me as a person, especially when my friends are delivering these beautiful words by our writers. It’s not too hard to believe in them.

Has anything changed since Fogelman first told you about Jack’s fate?

Dan has always been one of these writers that gets an idea in his mind and I’ve watched him put it out to either me or Mandy or other groups of creatives that are on the show — put it out and say, “This is an idea.” Then I’ll watch him think it through for himself after he’s already put it to us and he’s working it out like a machine like Nikola Tesla would, running a machine over and over and over again in his head until it broke, before he even built it. I would watch Dan going through this and then kind of look back at me and it all happens in a split-second. I’m usually like, “That’s great, that’s amazing, I think we should do that.” Usually Fogelman’s initial instinct and the initial instincts of all the writers are pretty much what we ultimately choose.

Critic's Notebook: Time for 'This Is Us' to Move on After Super Bowl Episode Answers