James L. Brooks, 76, grew up in New Jersey watching television at his friends’ homes, because his family didn’t own a TV set. He went on to write and produce such classic series as The Mary Tyler Moore Show, Taxi and The Simpsons, as well as write and direct the films Broadcast News, As Good as It Gets and Spanglish. On Jan. 28, the multiple Emmy Award winner and three-time Oscar winner (for Terms of Endearment) will receive the Producers Guild of America’s 2017 Norman Lear Achievement Award in Television. The divorced father of four spoke with THR about his life as a writer, his start in TV news and running into Steven Spielberg at the supermarket.

What television shows did you first fall in love with?

Your Show of Shows and Sgt. Bilko and Playhouse 90. It was catch-as-catch-can, because we didn’t have a television. Their excellence just blew my mind.

At what point did you think, “I can do that”?

I never had that moment. I had to be practical, just to make a living. I could see no position to say, “I’m going to make a living as a writer.” But I went to classes for it; I read every play in Theater magazine. I saw the second acts of everything on Broadway — I had a job as a CBS usher in New York City, and on my way home every night, I’d see what shows I could get into.

What was your first break in TV?

News writing, and I loved it. I’m still a news nut — it’s getting rough these days, but I always was. I worked for CBS News in the aftermath of all the greatness. I actually brought coffee to Edward R. Murrow. They had a board [with phone numbers] and I remember memorizing his home number. But I was very aware of writers, of who wrote the television shows. All in the Family was breaking down barriers; that was changing the game. I remember seeing [Twilight Zone creator] Rod Serling’s dramas. And [Network‘s] Paddy Chayefsky was my god.

Did you ever meet him?

Yes. I met him and [Chinatown‘s] Robert Towne at a Writers Guild function, and they were sitting together. I asked each of them a very specific question: I asked Paddy Chayefsky how you write somebody smarter than you, with regard to Altered States, where the main character was a genius. I’d read Altered States on my honeymoon. It was maybe the second time in my life I cried. 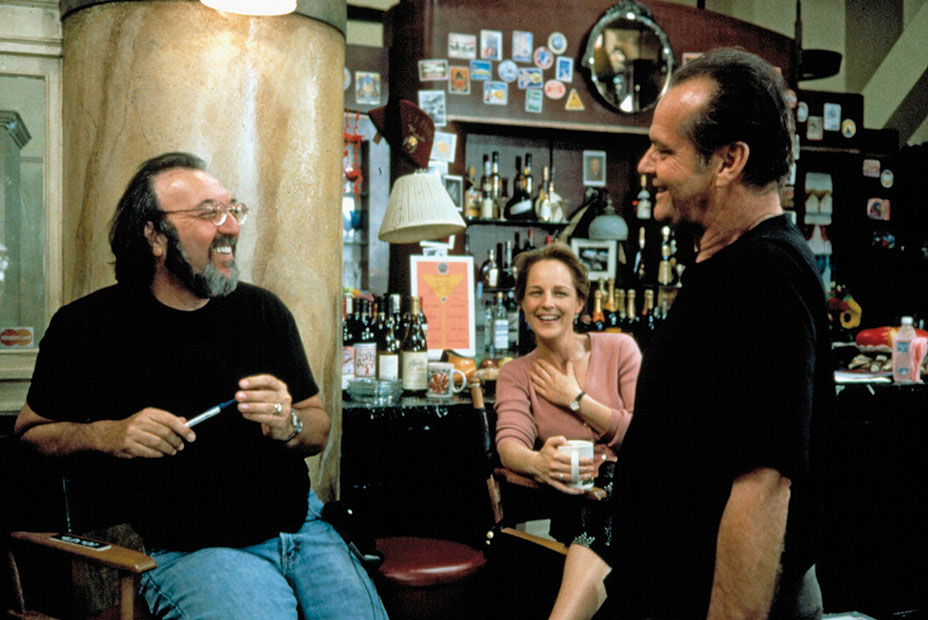 What did you ask Towne?

I asked about a speech in Shampoo. He told me there had been some discussion with Warren [Beatty], the producer and star] about whether the speech [should change], and he was on the set that day, willing to die before anyone took out a word.

What advice would you give a writer who is starting out?

The simple advice is to write, but it only begins there. What exactly do you want to get out of it? What kind of writer do you aspire to be?

What kind of writer are you?

[With film and TV], one is more a team sport than the other. In television writing, even if you’re running the writers room, it’s a writers room. Movies [are more personal]. On movies, it takes me forever. Four years is the normal.

Do you watch much TV?

All the great ones. The latest is Atlanta, which I’ve got to catch up with. I love bingeing. The Wire was my first binge, and the thing about bingeing is, when you are doing four or five hours a day for a number of days, it becomes a literary experience, closer to reading. Fargo is a miracle to me. It’s such a writing triumph to recast and to change the circumstances, and yet you’re doing a series. Some of these shows are monuments — Sopranos, Breaking Bad — extraordinary achievements in arts and letters.

Is there anything you did on TV you feel especially nostalgic about?

I learned so much on The Mary Tyler Moore Show. The actors taught me — and maybe 20 or 30 of us feel blessed that Grant Tinker was our boss. He was casually brave in the cause of supporting writers. [His company] MTM, for the formative years, was a golden place — Shangri-la, if just for a moment.

Will there ever be another Shangri-la?

(Laughs.) Well, I go to work at Shangri-la every day [on The Simpsons at Fox]. I happen to own a parking pass to Shangri-la.

How much longer will you work on The Simpsons? 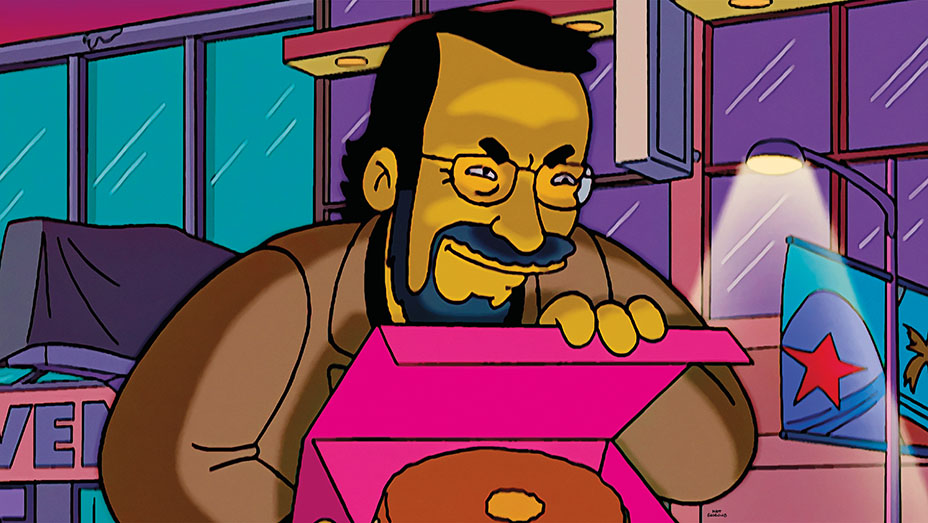 Do you feel the same enthusiasm for film as TV?

To direct a movie, you have to fulfill the requirements of being legally insane. Your reality is distorted, you forget what’s happening in the world, your relationship with your family changes. There are a few exceptions: I remember I ran into Steven Spielberg in the market, and he was doing the shopping for the family in the middle of his shoot. It was outrageous and cool of him. I mean, that’s rubbing it in. But you have to give up your life, and you have to be willing to have that kind of preoccupation where it seems to be the spine of your life.

Are you going to direct again?

I’m working on a script now that I care about enormously, and I’m just holding on to the question of whether I want [to give up] that year in my life. I know what it takes. I know what it means. You better give it your life or your year, because it needs that and it deserves that and your script deserves that. There’s nothing I enjoy more than working with actors on a movie script — even on bad days, it’s worthwhile. It’s not like you don’t go nuts, you don’t take it in the mouth. But it’s always worthy, unless you’re writing something you don’t care about. Whatever you go through, it’s the right thing to do.