Jane the Virgin will ring in a new era on Monday.

The next new episode of the CW comedy will be the first since the titular character (Gina Rodriguez) lost her virginity. It was not only a momentous occasion for Jane — and by association, her new husband Michael (Brett Dier) — but for the show itself considering the entire premise of the show’s title has hinged on Jane’s continued abstinence despite her having a baby in season one and tying the knot in season two.

“It felt like the right time where we put her through enough and we pulled as many frustrating stories about the fact that she’s a mom and now married and still a virgin,” showrunner Jennie Snyder Urman told THR last month of the decision to finally let Jane have sex. “I just felt like now was the time. I didn’t have any drama or comedy left in that device.”

But how will the loss of Jane’s virginity impact the show’s title going forward? Ahead of Monday’s episode, The Hollywood Reporter has an exclusive first look at Jane the Virgin‘s adjusted title card. 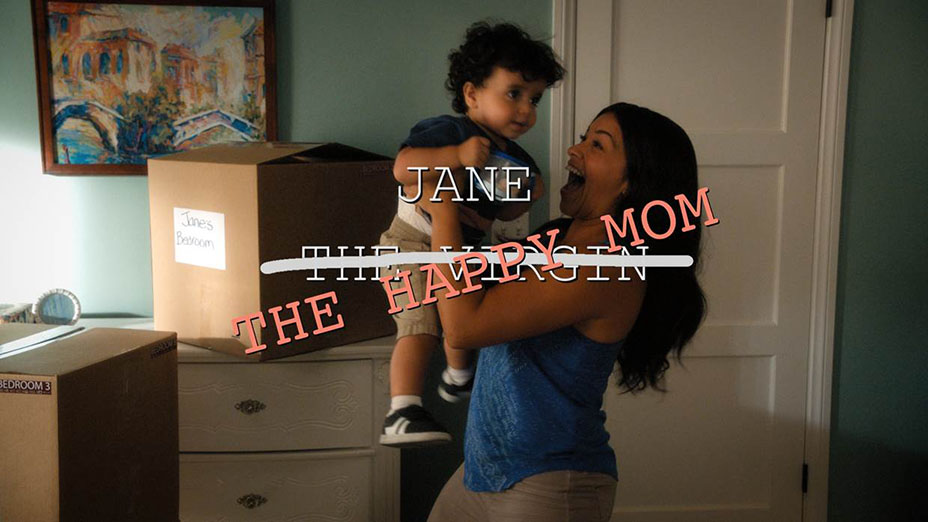 As Urman explained, the writers plan to change the title card week to week depending on the storyline and themes explored. “We’re keeping the title but with changes, like a line crossed through, like ‘Jane the Guilty Catholic,'” she explained.

Jane the Virgin airs Mondays at 9 p.m. on The CW.

'Jane the Virgin': Why Jane Will (Finally) Have Sex in Season 3