Showtime will unveil its miniseries about former FBI director James Comey in November 2020 — but not until after the presidential election.

The two-night, four-hour miniseries is called The Comey Rule and is based on Comey’s memoir A Higher Loyalty. The miniseries will give a behind-the-headlnes account of the turbulent events surrounding the 2016 election and its aftermath through the story of two powerful figures, Comey and Donald Trump, whose strikingly different personalities, ethics and loyalties put them on a collision course

CBS Television Studios assembled a powerhouse cast for the miniseries, led by Jeff Daniels as Comey and Brendan Gleeson as Trump. Michael Kelly, Holly Hunter, Jennifer Ehle and Peter Coyote also star. A photo of Gleeson as Trump is below. 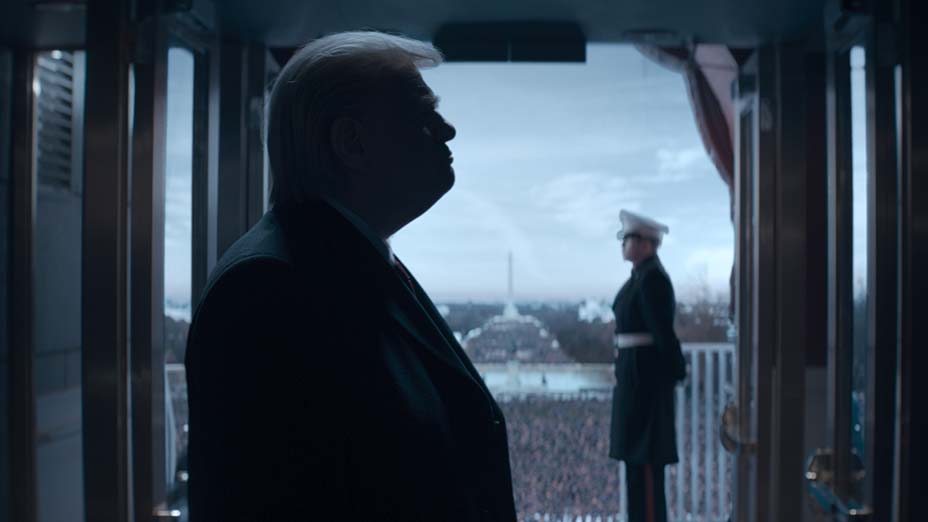 Published in April 2018, A Higher Loyalty was an instant best-seller, moving more than 600,000 copies in its first week. The book covers Comey’s 2013-17 tenure as FBI director, his role in the 2016 election — both in the investigation of Democratic nominee Hillary Clinton’s use of a private email server while she was secretary of state and in Russian interference with the election — and his relationship with Trump, who fired Comey in May 2017.

Billy Ray (Shattered Glass, Captain Phillips) adapted the book and will direct the miniseries. Showtime says it will air over two nights in late November, several weeks after the 2020 election.

Ray, who spent a year researching the Comey miniseries and interviewed a number of the principals, executive produces with Alex Kurtzman, Shane Salerno and Heather Kadin. The project comes from Kurtzman’s Secret Hideout, The Story Factory and Home Run Productions in association with CBS TV Studios.

Below is the cast and their real-life counterparts. 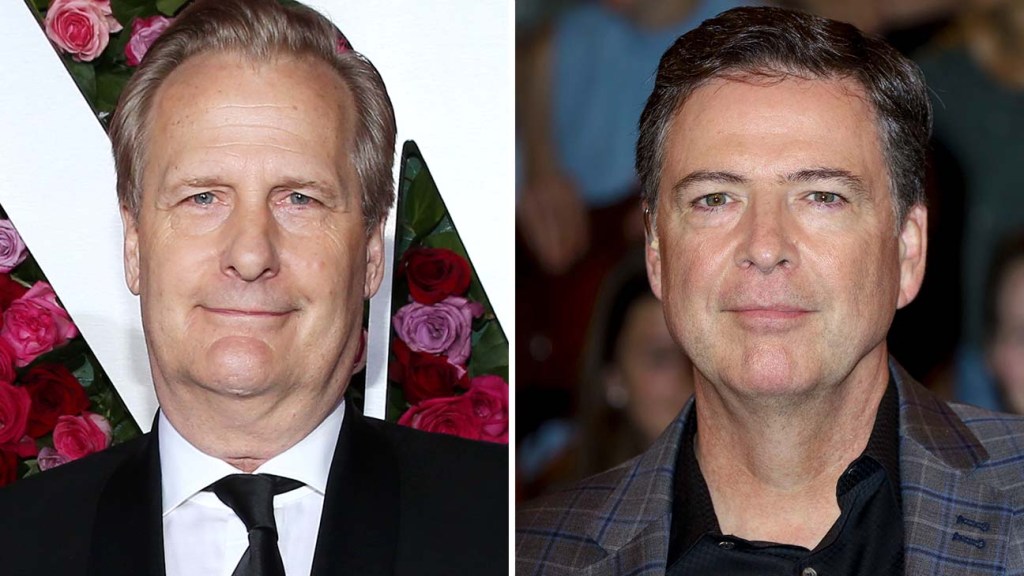 Two-time Emmy winner Daniels (The Newsroom, Godless) will play the former FBI director. Ray says Daniels’ “instant integrity, loads of warmth, intelligence, complexity and gravitas” made him the right actor to take on the role of Comey, who has taken heat from both ends of the political spectrum, first for his handling of the Clinton email investigation and later for his testimony that President Trump asked him to back off a probe of former national security advisor Michael Flynn’s ties to Russia. Daniels is repped by ICM and Martino Management. 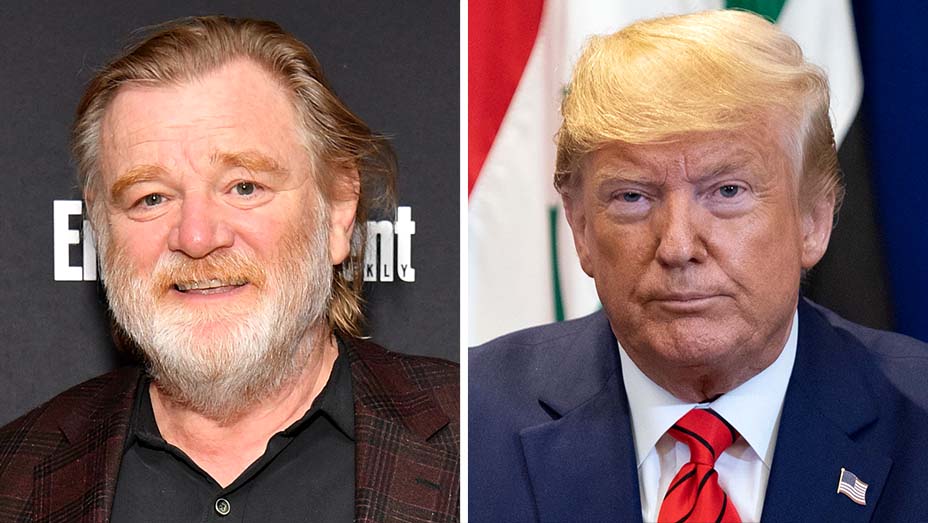 Mr. Mercedes star and Harry Potter alum Gleeson is playing the 45th president of the United States, a major figure in Comey’s memoir: The book’s title comes from what Comey says Trump demanded of him during the investigation of  Flynn. “It’s hard to imagine a bigger acting challenge than playing Donald Trump,” said Ray of Gleeson. “You have to have presence, and a singular kind of dynamism. You also have to have the courage and the will to play Trump’s psychology from the inside out. … Not many actors check all those boxes. Brendan does.” Gleeson is repped by The Agency in Ireland and Principal Entertainment. 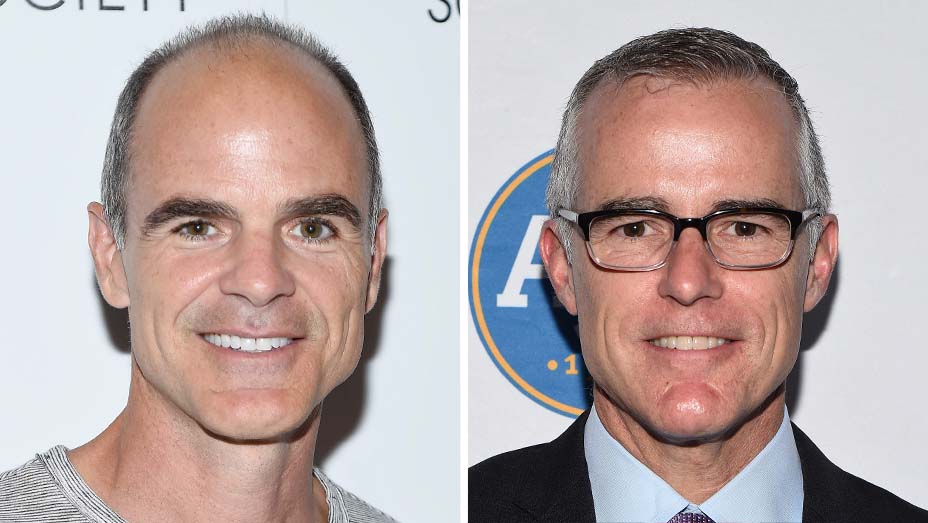 Kelly is best known for starring on a fictional Washington-set drama, House of Cards. In the Comey miniseries, he will play McCabe, who became acting director of the FBI after Comey was fired (and who was fired himself by then-Attorney General Jeff Sessions in March 2018 over authorizing the release of information about an investigation). Kelly’s credits also include The Sopranos, Generation Kill and the upcoming second season of Amazon’s Jack Ryan. He is repped by WME, Liebman Entertainment and Schreck Rose. 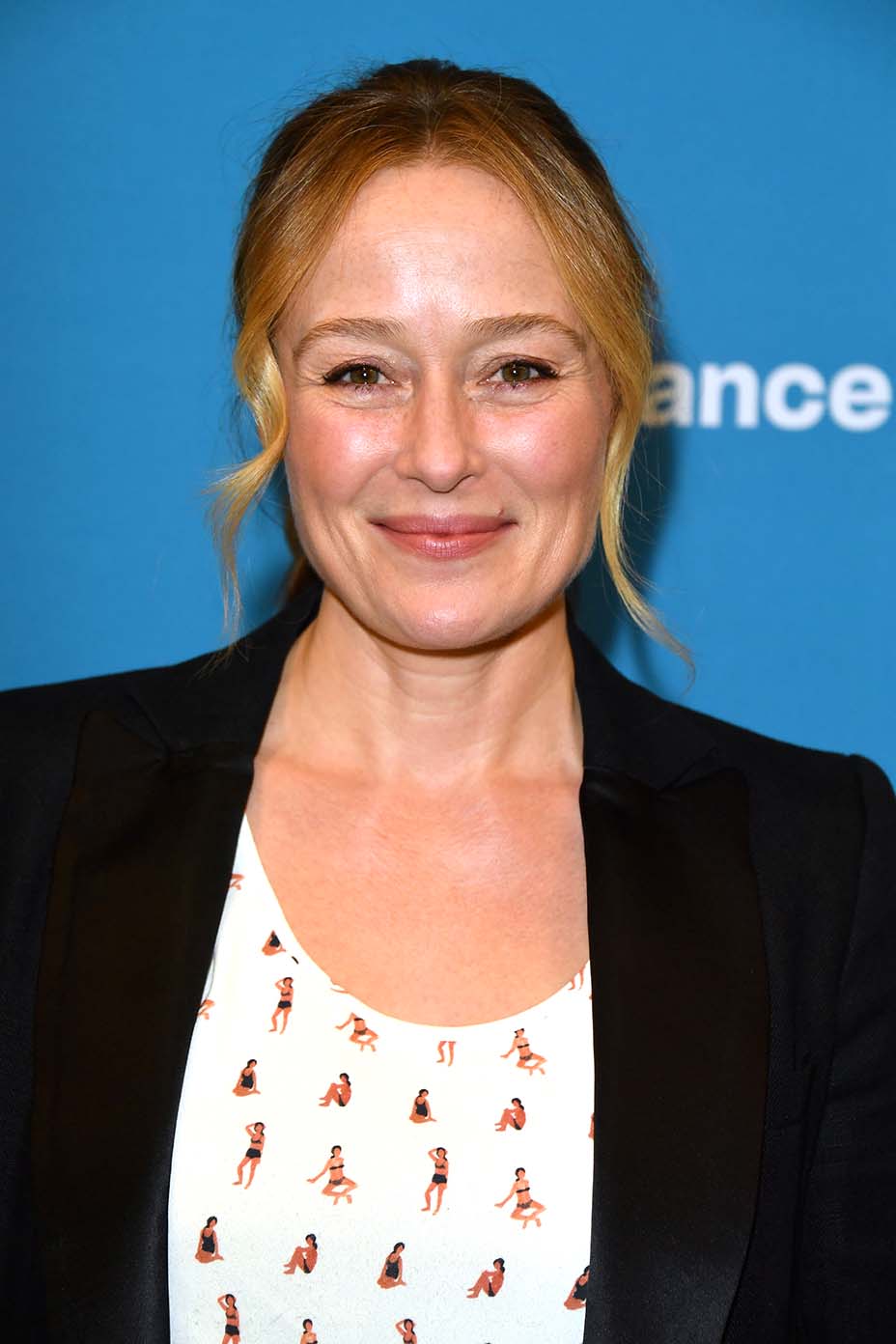 Two-time Tony winner Ehle — who worked with Daniels on Hulu’s The Looming Tower — will play Comey’s wife of 32 years and a foster care advocate. The actress, whose credits also include Zero Dark Thirty, the 1995 Pride and Prejudice miniseries and The King’s Speech, is repped by UTA and Independent Talent in the U.K. 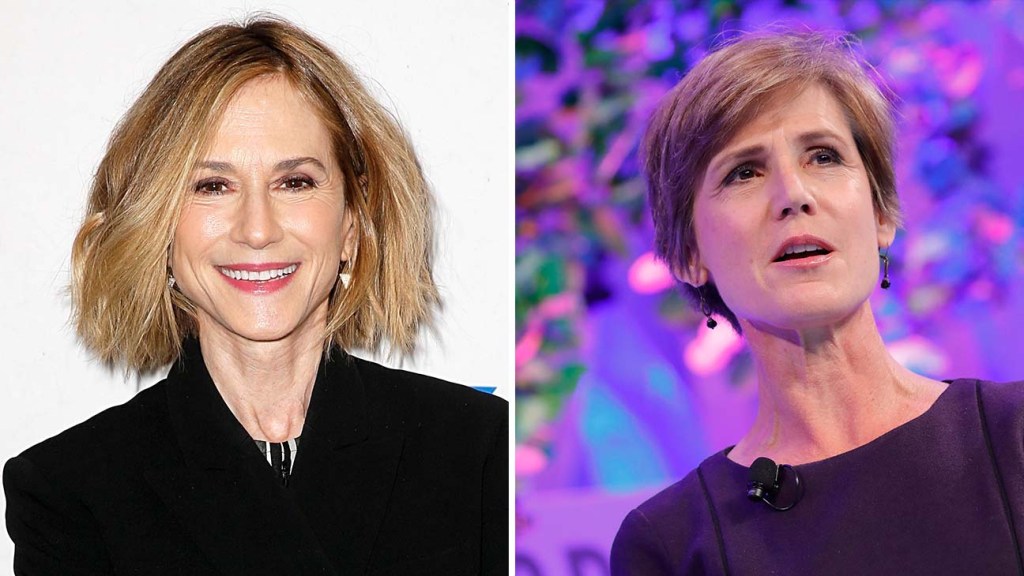 Oscar and Emmy winner Hunter, lately of HBO’s Succession, will play Yates, who had served in the Justice Department under Barack Obama and was acting attorney general for 10 days at the start of the Trump administration. She was dismissed after refusing to defend the first version of the administration’s travel ban on people from several Muslim-majority countries. Hunter is repped by ICM, Management 360 and attorney Melanie Cook. 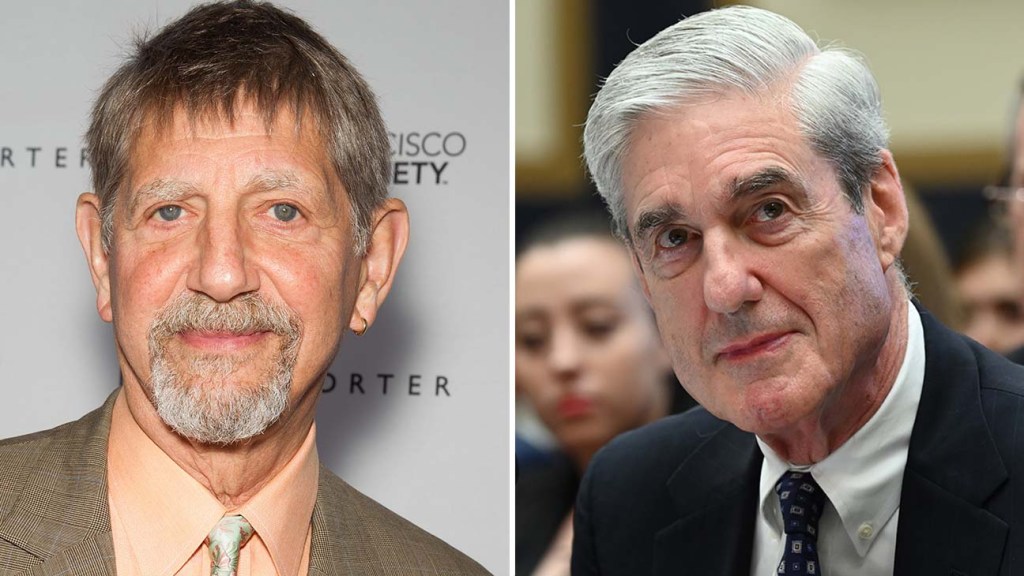 Coyote, best known recently as the narrator of Ken Burns’ PBS documentaries (Country Music, The Vietnam War and others), will play Mueller, Comey’s predecessor as FBI director and the special counsel who led the investigation into Russian interference in the 2016 election. “Robert Mueller is a hero and an iconic figure,” said Ray. “You can’t play him unless you have stature and gravitas. Peter does.” Coyote is repped by Buchwald and Untitled Entertainment. 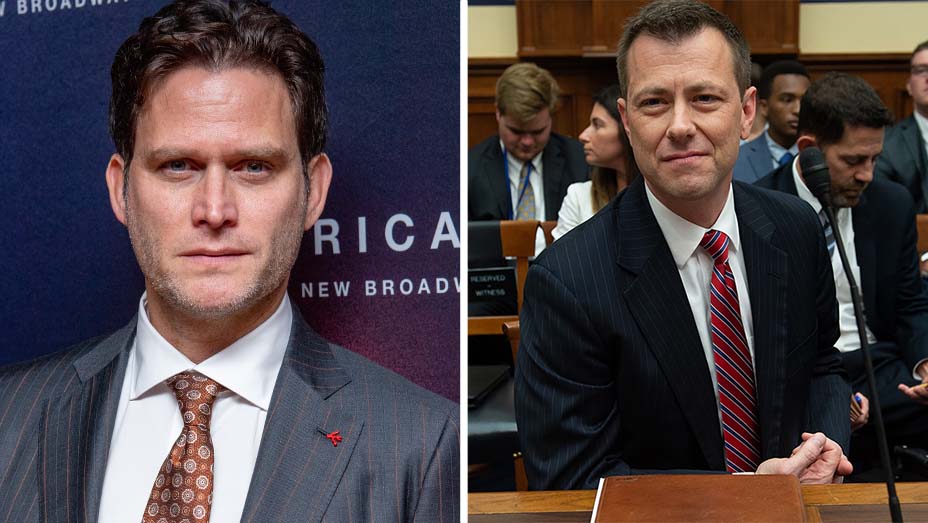 Pasquale (American Son, Rescue Me) will play FBI agent Strzok, who was initially in charge of the Russia election interference probe but was later fired from the bureau over text messages and emails to FBI lawyer Lisa Page (see below) disparaging then-candidate Donald Trump. The president and supporters have used those messages to support their contention that the Russia investigation was politically motivated. Strzok has sued the bureau for wrongful termination. Pasquale is repped by UTA and Brookside Artist Management. 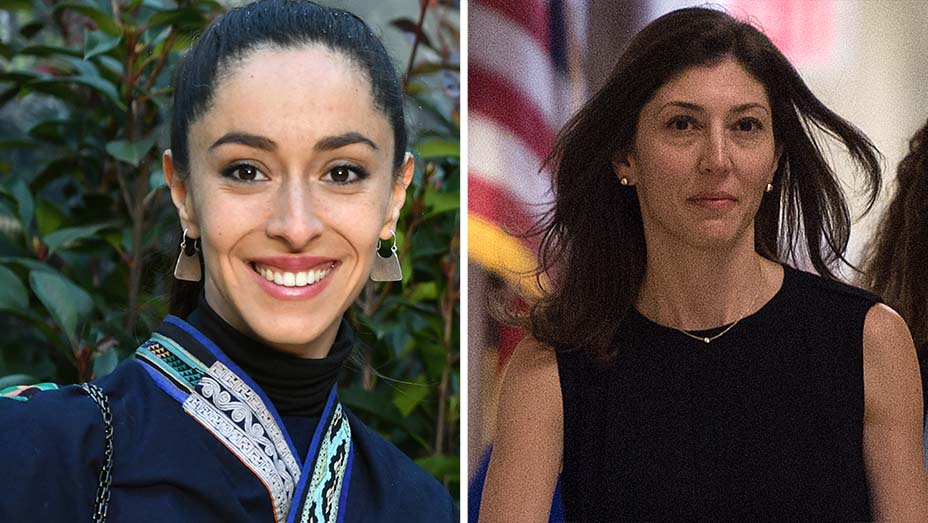 Game of Thrones and Taboo veteran Chaplin will play Page, who was reportedly involved in an extramarital affair with Strzok during the time they communicated about Trump. Page is a trial lawyer who was part of special counsel Robert Mueller’s team; Mueller dismissed her from the investigation after the messages came to light. “Lisa Page and Peter Strzok are complicated people who were central to a complicated moment in our history,” said Ray. “I feel lucky to have such brilliant actors playing them.” Chaplin is repped by Troika and Magnolia Entertainment. 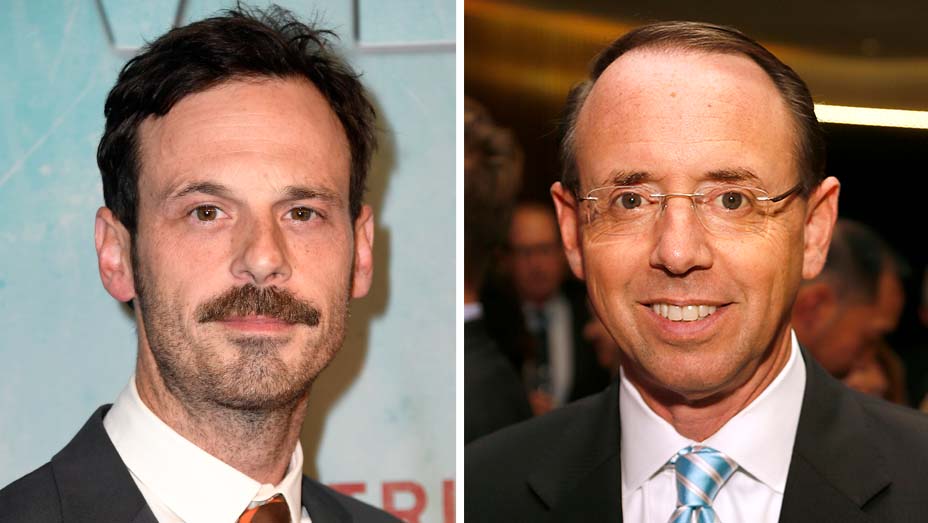 McNairy (Once Upon a Time in Hollywood, True Detective) will play former Deputy Attorney General Rosenstein, who authored the Justice Department memo Trump cited as the basis for firing Comey in May 2017. McNairy is repped by The Group Management and WME. 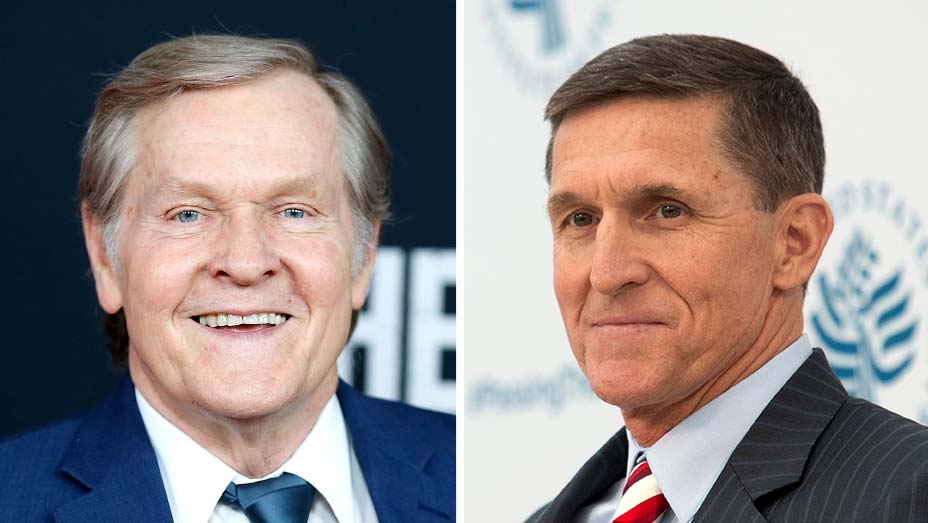 Trump’s first pick as national security adviser, Flynn resigned 24 days into the job and later pleaded guilty to lying to the FBI about contact he had with Russian ambassador to the U.S. Sergey Kislyak. Sadler’s recent credits include When They See Us, Power and Netflix film The Highwayman; he is repped by Insurge Entertainment. 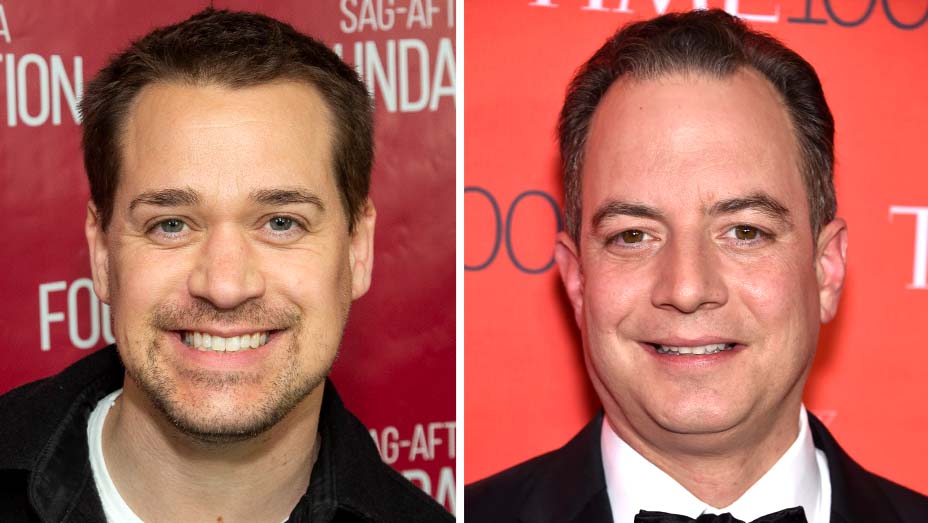 Grey’s Anatomy and Genius alum Knight will play Preibus, the Republican National Committee head who became Trump’s first chief of staff — a post he held for just over six months, the shortest term for a White House chief of staff (not including interim appointees) in history. Knight is repped by SDB Partners and Paul Hasints LLP. 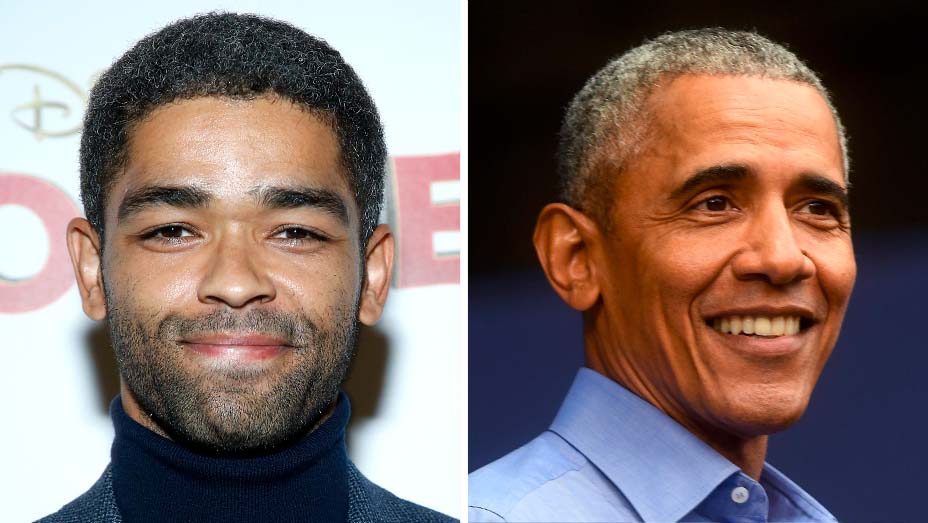 The OA and Peaky Blinders alum Ben-Adir will play Trump’s predecessor in the White House, who appointed Comey as FBI director in 2013, and counseled against the hiring of Flynn as national security adviser. Ben-Adir also stars opposite Zoe Kravitz in Hulu’s High Fidelity; he is repped by CAA and Conway Van Gelder Grant in the U.K. 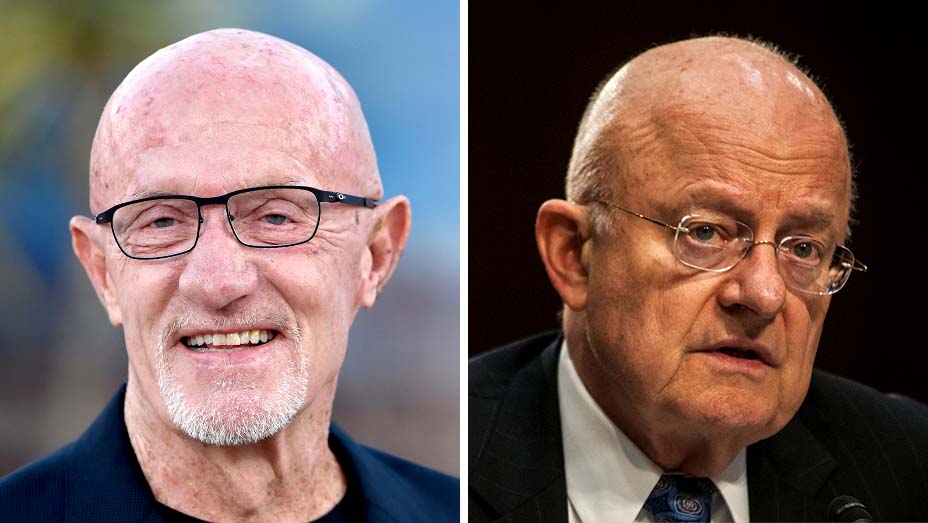 The Better Call Saul star will play President Obama’s director of national intelligence, who resigned at the end of Obama’s second term and has been a frequent critic of the Trump administration since then. Banks is repped by Domain Talent and Lovett Management. 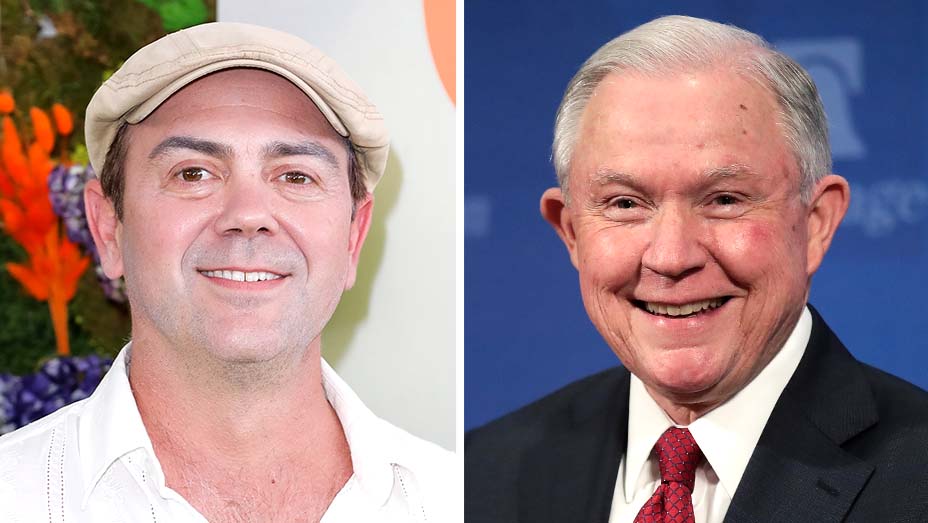 The Brooklyn Nine-Nine regular will play Sessions, the former Alabama senator and early Trump supporter who was named his first attorney general. Sessions’ recusing himself from the Russia investigation put him in Trump’s doghouse, and he resigned in November 2018. Lo Truglio is repped by UTA and Andy Corren Management. 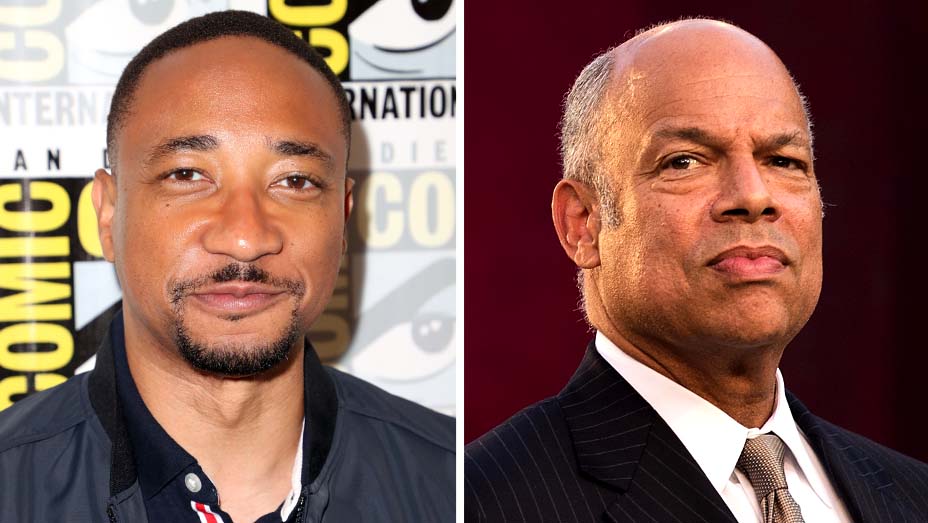 Gupton (Black Lightning, Criminal Minds) will play Johnson, who was Obama’s Homeland Security secretary from 2013-17 and was involved in the early stages of the Russia investigation. Gupton is repped by Brookside Artist Management, Harden Curtis Kirsten Riley Agency and SMS Talent. 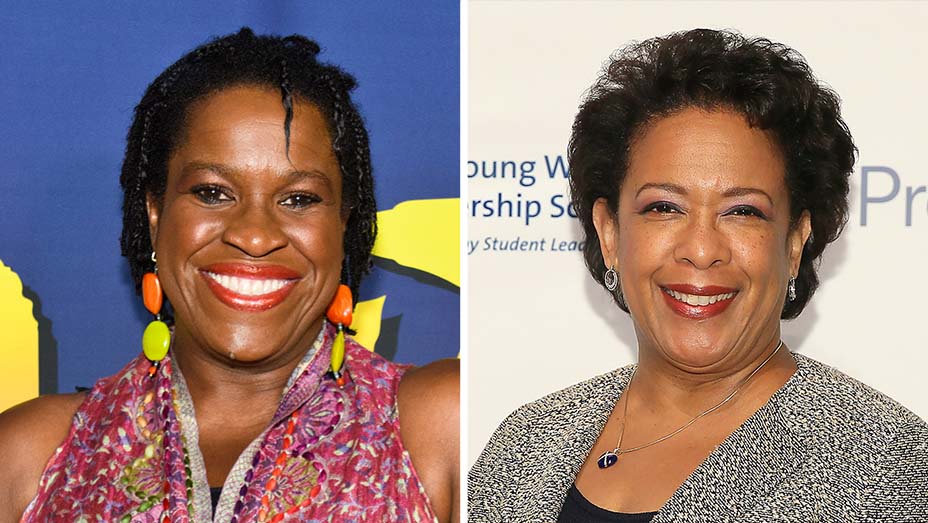 Lynch was the Attorney General from 2015-17. Comey testified to Congress that she had asked him to refer to the probe into Hillary Clinton’s use of a private email server as a “matter” rather than an “investigation,” which he said led him to go public with it on his own. Hyatt (Snowfall, Crazy Ex-Girlfriend) is repped by Robyn Bluestone Management.

June 17, 9 a.m.: Updated with premiere details and first photos from the production