We are constantly surrounded by a swirl of narratives that tells us who we are, what we are capable of, and inform us as to our place in the world. Some of those stories come from our families (“she’s the funny one,” “he’s the smart one,” “not beautiful but you should hear her sing!”) our teachers (“if only he made more of an effort,” “what a joy it is to have her in class!”) and our community writ large in mainstream media. But what story do you tell yourself if you never see yourself represented on screen? Or if and when you do, it is consistently as a sidekick or villain? Who are you if you are never at the center of the story?

In 2004, George W. Bush was president and the world was largely defined by binary concepts. There was no same-sex marriage. There was no TQIA+ in mainstream culture. There was only “L,” “G” and the burgeoning “B.” And like today, there were no comprehensive legal protections covering gender or sexual orientation. But there was Showtime’s The L Word, which shifted the idea of a heterocentric world to something more comprehensive. Creator Ilene Chaiken’s The L Word offered up narratives that functioned at times as a sort of mirror, however imperfect, to someone who maybe never had seen themselves represented before as the aspirational center of the story. And for the rest of the audience, she offered compelling stories of love, lust and the power of female friendships.

To be at the center of the story is a powerful thing, it gives a palpable agency to your life. Just ask my mother. I always begged her to put me in whatever bedtime story she told me. At that time, we were deep into Greek myths. Alongside Atalanta, I outran every boy and joined the Argonauts. At school later that week, I crushed our recess 50-yard dash, leaving everyone — including a cocky middle schooler — in my dust.

When The L Word went off the air in 2009, Barack Obama was president. While a true ally to the LGBT community, he initially waffled on the Defense of Marriage Act, but a younger generation was changing the narrative. In 2010, the majority of Americans supported marriage equality. The story of how everyone should be able to marry the person they love was spreading. The notion that one person’s love is not more valuable than another person’s love was gaining traction. In 2015, the U.S. Supreme Court in Obergefell v. Hodges determined that the Constitution guarantees every American the fundamental right to marry the person they choose.

Back in 2012, my friends and co-stars Kate Moennig (Shane), Leisha Hailey (Alice) and I could feel the ground shifting beneath our feet, but we weren’t seeing that shift being featured in the center of a television show. We had been naively certain that as soon as The L Word went off the air after six successful seasons and 70 episodes, something similar would take its place. But The L Word remained the only lesbian-centric little-engine-that-could out there.

In 2013, we were made aware that our show was still part of online discussions. There was a hunger to continue these stories, but perhaps in a new way. A new generation was demanding to define themselves. There were new stories being told, though not yet on television. Pop culture language was far behind these pioneers. Kate, Leisha and I approached Ilene about resurrecting a new version of The L Word. She was excited about the idea, but busy with a little show called Empire.

When the 2016 presidential election returns came in, I was in South Dakota, set to travel to Standing Rock the following morning to deliver supplies to the Red Warrior Camp. That night, I texted back and forth with Ilene as our shared despair mounted. We knew we had to do something. We met on Nov. 18 and rededicated ourselves to getting The L Word back on the air. We were storytellers after all. That was our most potent skill set. Let the stories provide visibility and agency. What we suspected would happen after Election Night materialized: The old narrative of suppression reared its fearful head when the president-elect and his VP immediately began an assault on the LGBTQ community — including barring transgender service members and denying emergency services to LGBTQ people. 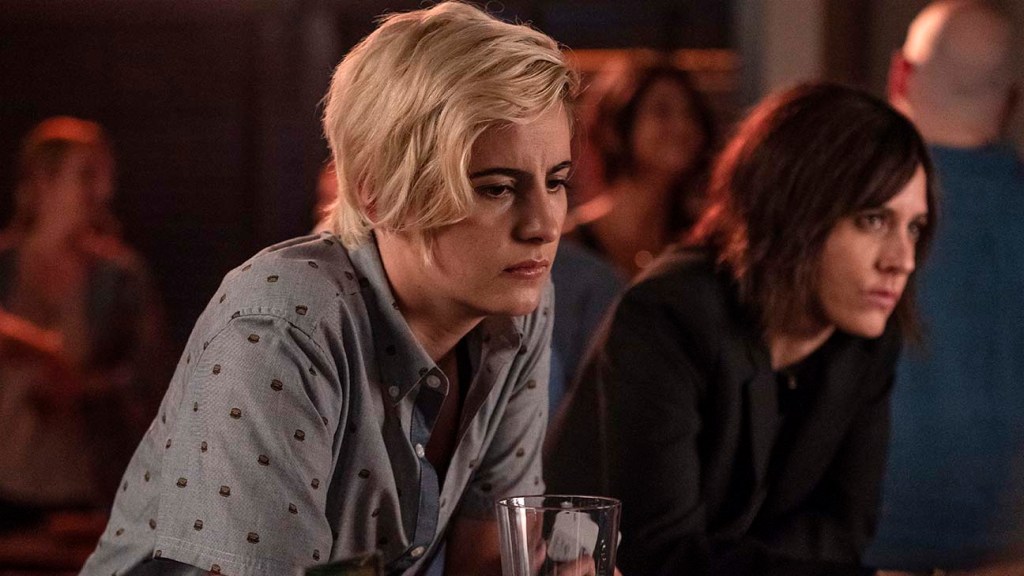 When one group’s ontological security depends on the negation of another group, we as a society cannot develop with integrity. We are doomed to failure and destruction. Until we break the notion that otherness will destroy us instead of inform us, until we can see that our well-being is truly interdependent, we are doomed to continue a cycle of negation, destruction and revenge.

I believe ontological insecurity can be met with story, with a new narrative that shows that while we are not the same, we are more alike than we are different. And it’s in that alike-ness that we can meet one another on common ground. The desire to love and to be loved, our desire for happiness binds us in our humanity. The new L Word, like the old one, shows a commonality within our collective experience. Sometimes it’s in the most basic moments that we recognize one another. What is it like to sit across from a heartbroken friend in need? Or to be that friend in need? How do you take your coffee? How do you get to work when your car is broken down? Watching a young Afro-Latina woman casually do her type #3b hair while getting ready for work both binds us and shifts the narrative in myriad ways.

'The L Word' Sequel Ordered to Series at Showtime

Showrunner Marja Lewis-Ryan‘s The L Word: Generation Q, like the original in its time, takes us away not only from a heterocentric world but to a more inclusive queer community, where those new stories have space to flourish. Clearly, the queer community is not a monolith, it is heterogeneous in myriad ways. Is Marja able to tell every story? No. Those beautiful stories are multiplying at an exponential level no mathematician or poet could quantify. Like the original, The L Word: Gen Q will be imperfect, but it will dive into the swirl of stories growing around us and try to tell a few tales so that we can all be bound by new narratives. At their center, the stories are always about love. Love and sexuality, whether in existence or in absentia, will always be the most intimate marker of who we are both individually or collectively. The “L,” after all, also stands for love.

Visibility is not everything but it is a start. It is a start to agency. When you see yourself at the center of the story, life is given a different meaning. When you see the “other” in the center of the story, there’s a shift of awareness. But we don’t just tell stories to move the political needle; we tell stories to entertain one another and to open hearts. It’s my hope that in that heart-opening the culture can move collectively toward change, toward unity, faster than light, faster even perhaps than language. And maybe, just maybe, if the story is really good it can lead our political leaders to passing the Equality Act. 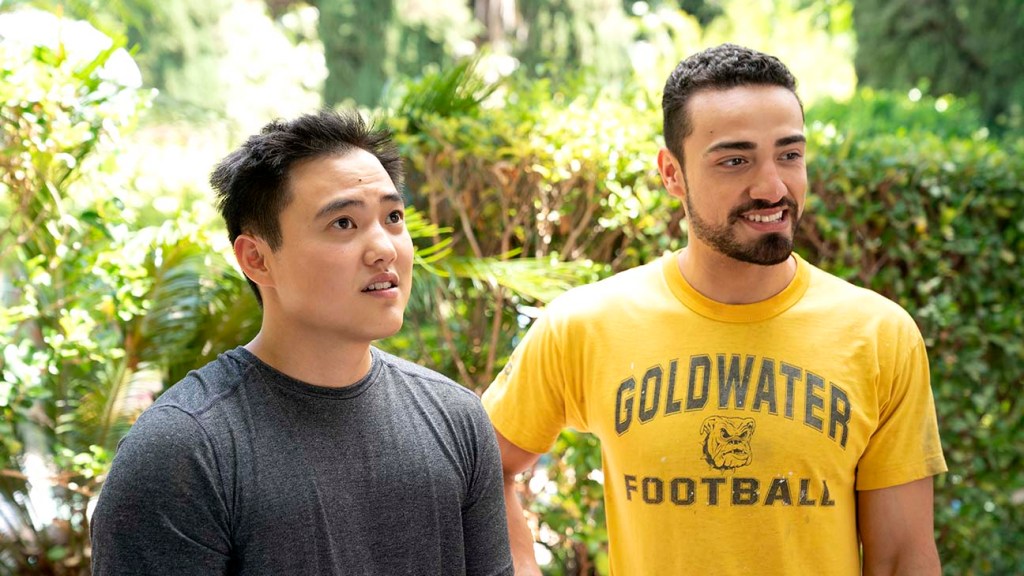 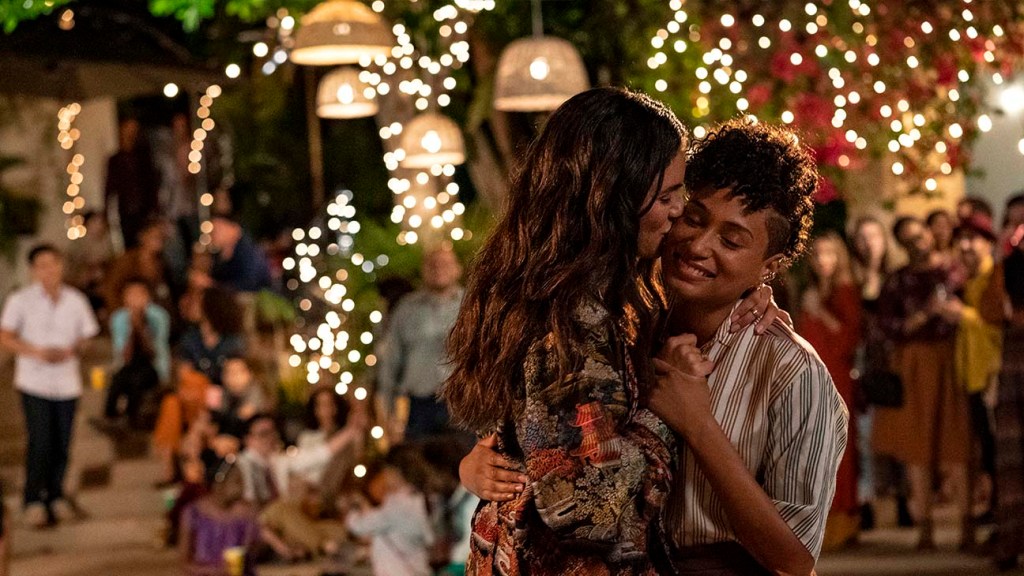