The #MeToo movement is moving to the small screen.

During a stop Friday at women’s workspace The Wing in New York City, Jennifer Lawrence — speaking to The Wing co-founder Audrey Gelman while promoting her new film Red Sparrow for Fox — let it slip that she has partnered with former E! News anchor Catt Sadler on a series project. When asked to elaborate, Lawrence declined further comment, offering only, “I wasn’t supposed to announce that but I am.”

Sadler did not respond to requests for comment, but The Hollywood Reporter did track down sources with knowledge about what the two are plotting. THR has reached out to Lawrence’s rep.

One source says Lawrence and Sadler are developing a series inspired by #MeToo, Time’s Up and gender wage gap conversations in Hollywood. The source adds that the pair are looking to take a deep dive into issues facing women today and have brought Stephanie Soechtig into the mix to direct. Soechtig is a documentary filmmaker known for exploring America’s gun violence epidemic and its problem with obesity on such films as Fed Up and Under the Gun, the latter of which was narrated by Katie Couric.

The team is looking to fast track the docuseries once they secure a distributor. 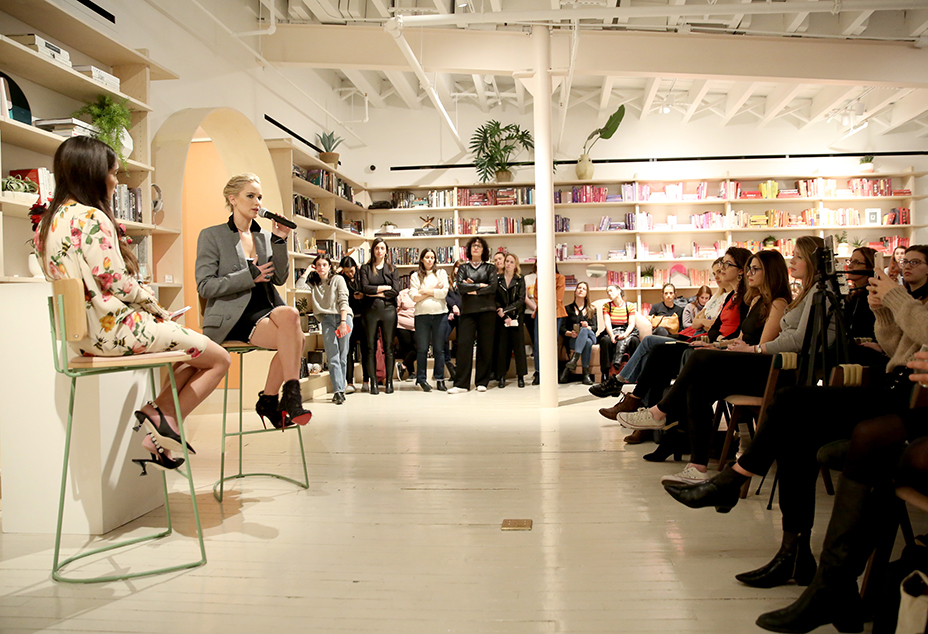 When THR caught up with Sadler in January, the veteran entertainment anchor mentioned that she and Lawrence had become close. “Jennifer Lawrence has become a friend of mine — really, a hero of mine,” Sadler said during an interview discussing her exit from E! after discovering she made far less money than her male colleague Jason Kennedy. “Long before my own experiences, her voice has been an empowering one and one I’ve always admired. To have her in my corner is hard to put into words, to be honest.”

Sadler did mention that as she moves forward in her career, she is looking to branch out from delivering pop culture news and that could include a documentary-style project. “In this weird sense, I feel like I have an obligation to do work and represent the many voices who don’t have an audience. Between #MeToo, Time’s Up and the general climate right now, I would prefer to use my voice in a way that could create content that has never been made before,” she said at the time. But she’s not turning her back on her résumé completely. Up next, Sadler will team with Vanity Fair’s Mike Hogan to host the mag’s live stream from the carpet outside its iconic Vanity Fair Oscar party on March 4.

Lawrence, meanwhile, has been an outspoken voice in the fight for equal pay in Hollywood. She penned an essay for Lena Dunham and Jenni Konner’s Lenny in 2015, addressing her own battles with making equal money to her male co-stars. “When the Sony hack happened and I found out how much less I was being paid than the lucky people with dicks, I didn’t get mad at Sony. I got mad at myself,” Lawrence wrote. “I failed as a negotiator because I gave up early.”

During an appearance at Milk Studios in December while receiving the Sherry Lansing Leadership Award at THR’s Women in Entertainment breakfast, Lawrence signaled that she had more work to do. “It’s not easy to speak out. It’s not easy to face criticism on a global scale. But the fact is I have been given a platform, and if I don’t use it, then I don’t deserve it,” the actress said.