Krysten Ritter returns as the hard-drinking and harder-hitting hero in season two of Netflix’s Jessica Jones, bowing in full on the streaming service on March 8. It’s no coincidence that the second year of Marvel’s superhero series, from creator and showrunner Melissa Rosenberg, is arriving on International Women’s Day, and when it lands, it will be with significant and relevant impact.

Within the first five episodes, which were screened for press ahead of time, Jessica Jones rolls up its sleeves and dives headfirst into the #MeToo movement with a storyline involving a filmmaker with a history of abusing women. It’s not long before this person winds up on Jessica’s radar and suffers some abuse in kind — predictably righteous results, given what viewers have come to expect from the hero’s take-no-prisoners attitude toward this particular breed of scumbag.

'Jessica Jones' Season 2 Trailer: How the Marvel Hero's Past Will Define Her Future

According to Ritter, who spoke with The Hollywood Reporter ahead of the season’s release, the storyline was already part of season two before the current cultural moment: “We finished shooting before the #MeToo movement, and we were all kind of like, ‘Wow.’ It’s a completely crazy coincidence. When all of that started coming out, we were all texting each other: ‘Holy shit. We’re doing this on our show!’ The #MeToo movement started in October, I believe, and we finished shooting on Oct. 1.”

“It’s pretty intense and uncanny, but also it’s cool and exciting to have a show that can express the anger that a lot of people are feeling,” she adds. “I love Jessica Jones because of the work I get to do and the material as an actress. But obviously, the fact that we participate in a huge social conversation? It’s amazing. It doesn’t happen every day that you’re on a show you love doing and acting in that also inspires a lot of social conversations.” 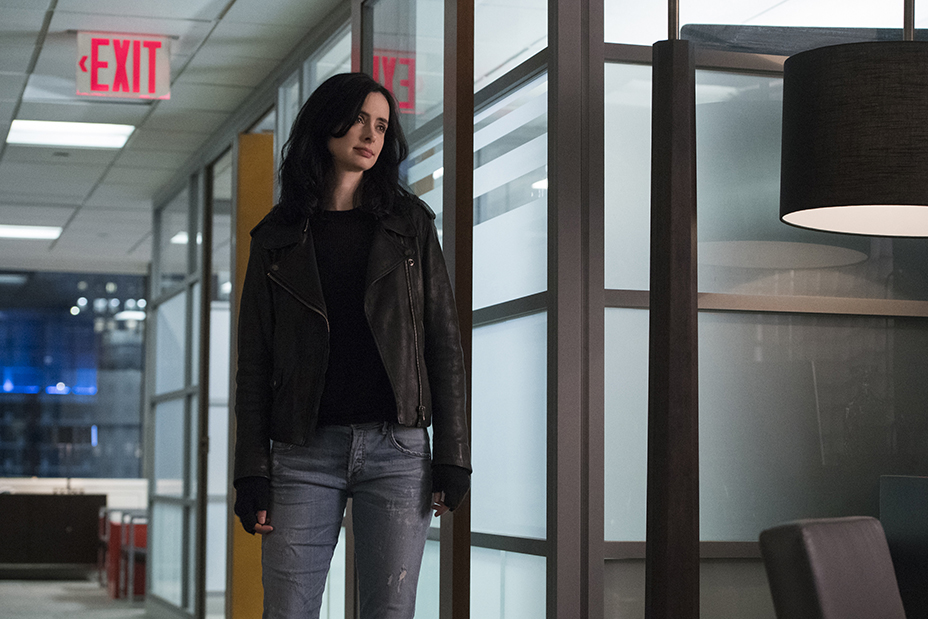 Expect Jessica Jones to dig into social issues even further once season two begins to unfold. In fact, to hear Ritter tell it, “digging deep” is very much a theme this season, as the show and its title character focus on Jessica’s origins.

“The main goal for myself and [Rosenberg] and the writers was to go deeper,” she says. “I wanted to explore Jessica’s past and find out when she became so dark. When did she become so colorless? And why? Why is she like this? We need more. We need more information. Shit was fucked up way before Kilgrave [David Tennant]. There’s a lot to mine there, and even in the original source material: Alias, by Brian Michael Bendis.”

Speaking of Kilgrave, the telepathic psychopath who obsessively terrorized Jessica in season one, only to meet a violent end at her hands: He’s back in season two, albeit with a role currently wrapped in secrecy. On the issue of Kilgrave’s return, Ritter’s lips are sealed — mostly, at least.

“I literally just got a memo that I’m not allowed to talk about it,” she says with a big laugh when the subject of Kilgrave comes up. “Top secret! But I can say that he’s back, and I can also say that it’s probably not a good thing. Stay tuned.”

Through the lead character’s history with Kilgrave, Jessica Jones was able to explore larger issues including rape, assault and PTSD in the first season. Among the reasons why it resonated so much with viewers, Jessica Jones‘ status as a mainstream Marvel television series that was willing to tackle such sensitive subject matter head on was an integral part of its popularity. While the show was already primed to continue holding a mirror up to society moving forward, the return of Kilgrave as an avatar of toxic masculinity guarantees further elaboration of the topic in season two. 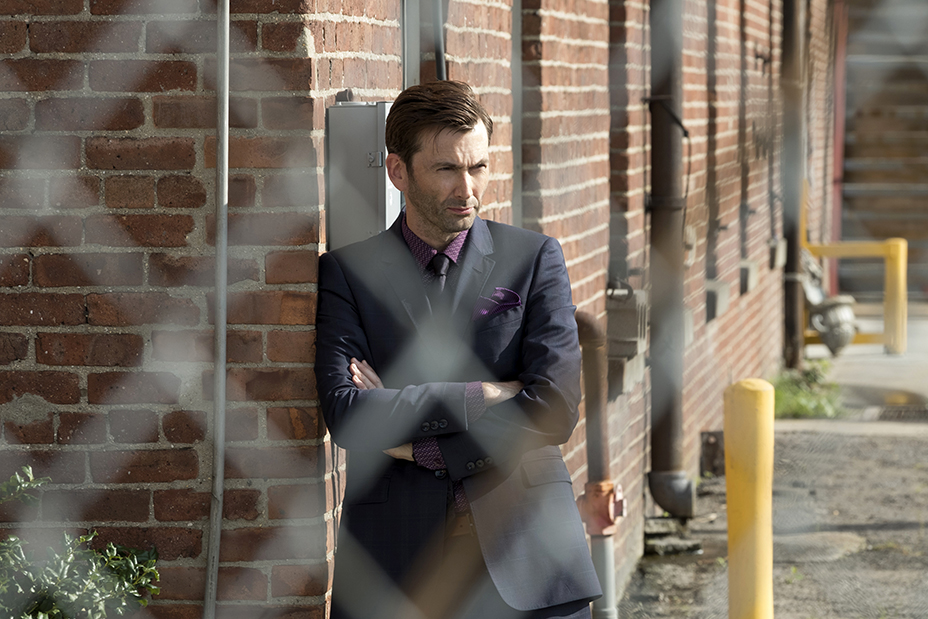 Kilgrave notwithstanding, the absence of another massive character from the first season is considerably less mysterious: Mike Colter as Luke Cage, originally a series regular on Jessica Jones, now headlining his own Netflix series as the superhero occasionally known as Power Man. Is there hope for a cameo from Colter at some point in season two? Ritter won’t rule it out.

“We’re such close friends, and we both love Luke and Jessica together,” she says. “Who knows what’s going to happen down the line? For now, Jessica Jones is focused on Jessica.”

Which means Jessica Jones isn’t focusing on The Defenders, either. Despite throwing down alongside Luke, Daredevil (Charlie Cox) and Iron Fist (Finn Jones), the superheroics of Netflix’s first Marvel mash-up series won’t translate to the second season of Ritter’s solo show.

“With Jessica Jones, we’re focused on the psychology of Jessica Jones,” she says. “That’s what we’re showing. Some obviously very heavy subject matter. With The Defenders, we’re dealing with a big, fun, action-packed ensemble. This show has a completely different DNA.”

Which isn’t to say Jessica stands completely on her own, without partners in crimefighting. Rachael Taylor, Carrie-Anne Moss and Eka Darville reprise their roles as Trish “Patsy” Walker, Jeri Hogarth and Malcolm Ducasse, respectively, each one of them afforded a markedly different story arc than the ones they experienced in season one. Additionally, there are new series regulars in the mix, including Leah Gibson as a mysterious woman who becomes embroiled in Jessica’s search for self-discovery, and J.R. Ramirez as a fellow resident of Jessica’s building.

“It just felt like an evolution,” Ritter says about the comings and goings heading out of season one and into season two. “It felt like we got on this train and we kept moving. Some people get off, and some people get on.”

Indeed, expect at least one massive presence from season one to get off of the train before the end of season two. Without revealing any details, the second season of Jessica Jones makes it very clear, very quickly: danger hangs heavily in the air as the super-strong sleuth digs deeper into her own past. 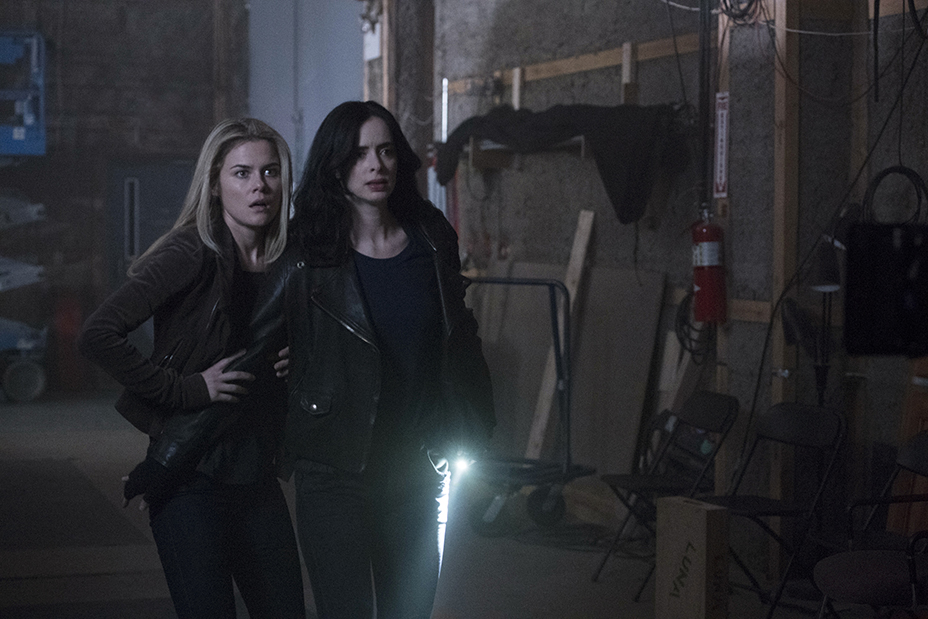 What are your predictions for the second season of Jessica Jones? Sound off in the comments section below, and keep following THR.com/LiveFeed for all of our continuing coverage.