A month after creative differences sank a planned Muppets revival, Disney+ is teaming with the Jim Henson Co. for a new puppet show — with a twist.

Disney+ has handed out a straight-to-series order for Earth to Ned, a comedic half-hour talk show in which an alien (and his lieutenant!) interview celebrity guests. The series will exclusively stream on Disney+, the subscription streaming platform set to launch Nov. 12 and compete with Netflix.

Here’s how Disney+ and the Jim Henson Co. describe it: the comedy follows Ned, a blue-skinned alien, and his lieutenant Cornelius, who were sent to scout Earth for an eventual invasion — but instead became obsessed with popular culture. Now they host a talk show, broadcast from the bridge of their spaceship hidden deep underground, where they interview our most precious commodity — celebrities — to talk about Ned’s current pop culture obsessions. Ned will be bringing real-life celebrity guests to his ship from across the known universe and interviewing them, late-night talk show style, in hopes of producing the ultimate talk show — making Ned a celebrity and putting him further off-mission. And the more Ned learns about our human culture, the more obsessed he becomes.

“Disney has a long history of giving audiences a glimpse at faraway lands and bringing new talent into the spotlight. We believe Ned is next in line,” said Dan Silver, vp unscripted originals at Disney+. “We’re lucky to have the talents of the Jim Henson Co. and the folks at Marwar Junction Productions helping Ned, Cornelius, BETI and the Clods to execute and fully realize their vision. And I’d be remiss if I didn’t thank Ned for promising to entertain us, rather than destroy us all.”

The characters of Ned, Cornelius, their artificial intelligence BETI and army of “Clods” (cloned living objects of destruction, all featured below) are brought to life by Jim Henson’s Creature Shop, the same team behind Netflix’s Dark Crystal: The Age of Resistance. The series is the latest unscripted order for Disney+, joining Nat Geo import The World According to Jeff Goldblum, Kristen Bell’s Encore and Marvel’s Hero Project. Disney+ is also behind Muppets Now, a shortform interview series featuring Kermit and company also interacting with celebrities.

Disney+ will launch Nov. 12 at a rate of $7 a month, in which subscribers will have thousands of hours of library programming from the likes of Marvel, Pixar and Lucasfilm, including new scripted TV series set in the Star Wars and Avengers franchises. 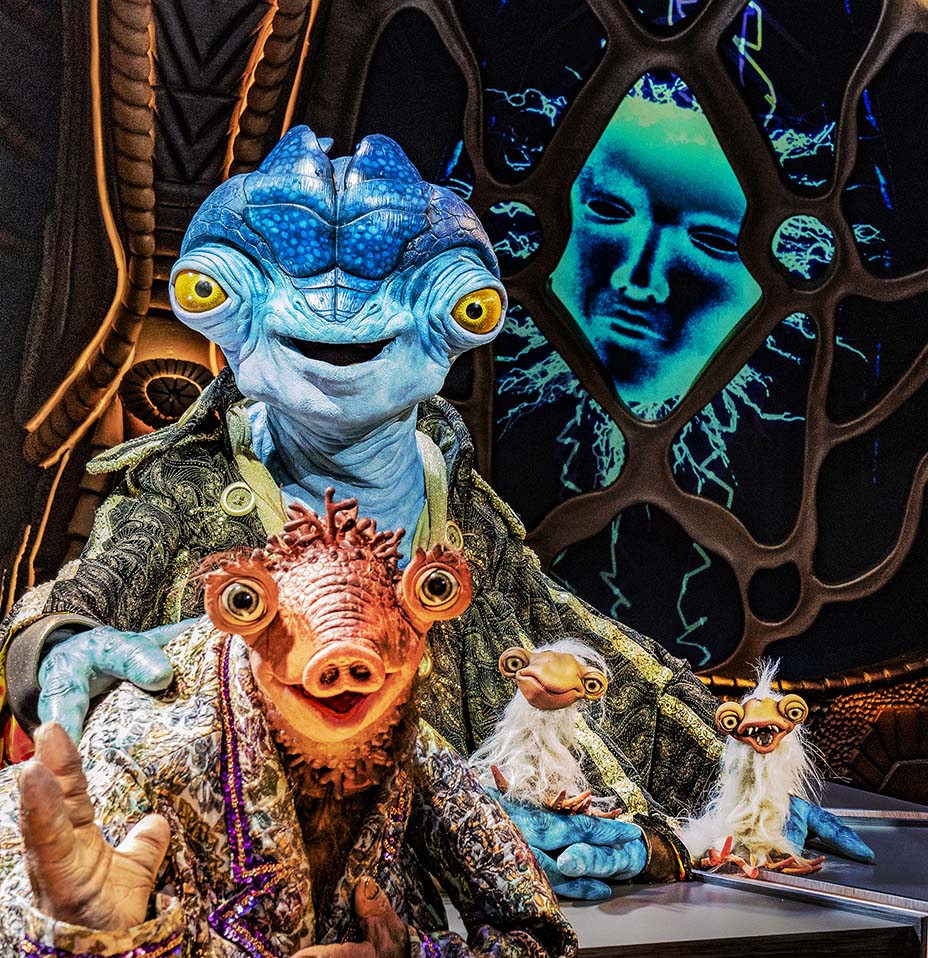