John Karlen, the Emmy-winning actor known for his work on the gothic soap opera Dark Shadows and the CBS police drama Cagney & Lacey, has died. He was 86.

Karlen died Wednesday of congestive heart failure while in hospice care in Burbank, according to Shadowgram, a Dark Shadows newsletter.

After several turns on Broadway and on television, Karlen in 1967 was hired by the new ABC daytime serial Dark Shadows to play the trashy, soon-to-be tortured Willie Loomis, replacing James Hall, who had left abruptly after five episodes.

His character arrives in the town of Collinsport, breaks into the Collins family mausoleum and unwittingly releases the vampire Barnabas Collins (Jonathan Frid), who had spent the past 200 years in a coffin. He’s attacked, drained of blood and becomes Barnabas’ servant.

Karlen remained on the series through its 1971 conclusion, playing other characters along the way. He also portrayed Loomis in the 1970 feature House of Dark Shadows and the novelist Alex Jenkins in the 1971 film Night of Dark Shadows.

“You could really wring out your emotions, you could really go the limit, you could do big things on that show, which is fun for an actor,” Karlen said in an undated interview. “If you’re telling Barnabas, ‘You can’t suck all of this woman’s blood out of her body,’ it’s fantasy, it’s crazy, but you go with it.”

In a similar spooky vein, Karlen starred as one-half of a newlywed couple who encounter strange things at a deserted hotel in Belgium in the sexploitation film Daughters of Darkness (1971).

For Cagney and Lacey, Karlen received an Emmy nomination for outstanding supporting actor in a drama series for three straight years (1985-87) and won in 1986 for his work as the understanding and sensitive Harvey Lacey, the husband of Tyne Daly’s NYPD detective Mary Beth Lacey. While she was solving crimes, he stayed at home with their two boys and later their baby daughter.

Karlen had turned down a role on Broadway in Neil Simon’s Brighton Beach Memoirs to take the part.

“We were still looking for the rent when this series came along,” he said in a 1987 interview with the Chicago Tribune. “The secret of Harvey Lacey is that he’s liked. Harvey being shuffled into the background doesn’t bother me. As long as I get my two or three scenes, I’m happy. And I always get them.

“You see, this is a great deal. It’s excellent money, and I only work one or two days a week. You don’t feel overworked. It’s no burnout. You feel like a lightly run horse. You feel like your best work is still in you.” 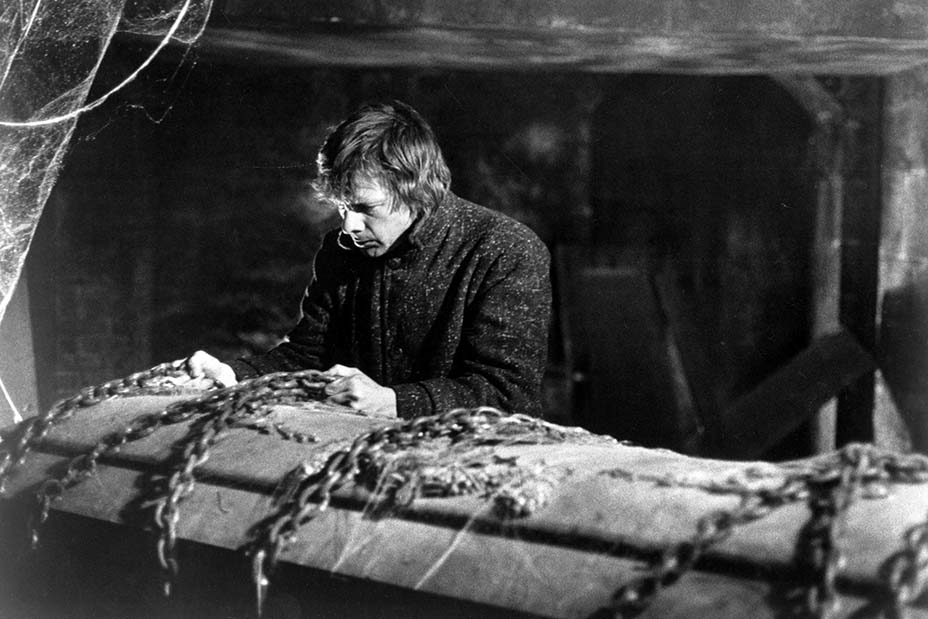 Born John Adam Karlewicz on May 28, 1933, in Brooklyn, Karlen served in the Korean War and studied acting at the American Academy of Dramatic Arts in New York. He made his Broadway debut in 1960 in Tennessee Williams’ Sweet Bird of Youth, directed by Elia Kazan, taking over the part of Tom Junior played by Rip Torn.

Karlen then understudied in Invitation to a March, starring Jane Fonda, and appeared in three more Broadway plays through 1965. Meanwhile, he was working on such TV programs as Naked City, The Detectives, Stoney Burke, the soap opera The Doctors and East Side/West Side.

Karlen came to Los Angeles in the early ’70s and became a frequent TV guest star, with stints on Mannix, Medical Center, Hawaii Five-O, Police Story, The Waltons, All in the Family, Kojak, The Rockford Files, Barnaby Jones, Hill Street Blues (as a character named Loomis), Mad About You (as the father of Helen Hunt’s character) and Murder, She Wrote.

Survivors include his son, Adam, and ex-wife, Betty.