Continue to The Hollywood Reporter SKIP AD
You will be redirected back to your article in seconds
Skip to main content
August 10, 2017 9:30am
Logo text

Twenty-five years ago, in 1992, Johnny Carson signed off on his last Tonight Show and the seats on which his audience watched such breaking acts as Joan Rivers, Jerry Seinfeld and David Letterman were shelved on NBC’s Stage 1 studio.

In recent weeks, 24 of those seats — unused save for one season by Jay Leno — were rescued from a potentially depressing fate on the scrap heap and donated to Comisar Collection’s James Comisar, the TV memorabilia preservationist who has been amassing quite a collection for his planned TV museum.

The seats will be reunited with other pieces of the set that Comisar already has in his possession: Carson’s desk, chair, guest sofa and hand-painted skyline — all given to him personally by Carson in 1993. “He told me he had ‘the tackiest set in Hollywood,’ and it had zero cultural value,” says Comisar.

Both he and Jeff Worthe of Worthe Real Estate Group think otherwise. Worthe bought the NBC lot in December 2007, and as part of the deal, he acquired the studio in which Carson’s show was filmed. He then worked with Comisar to donate them to a good home.

Comisar tells THR that the seats have “historic merit” because they hosted audience members who witnessed so many major pop culture moments. “Mr. Carson always sought out emerging talent, especially comics. Joan, Jay, Dave, Jerry and Roseanne were introduced to America from Johnny’s stage, and they played to his audience,” he says. “Carson’s audience seating was kept intact for decades, and finally it had to go. But Jeff Worthe would not accept payment for the seats, and he took considerable pride in gingerly having them removed from the craggy concrete of Stage 1 to spare us such costs.” 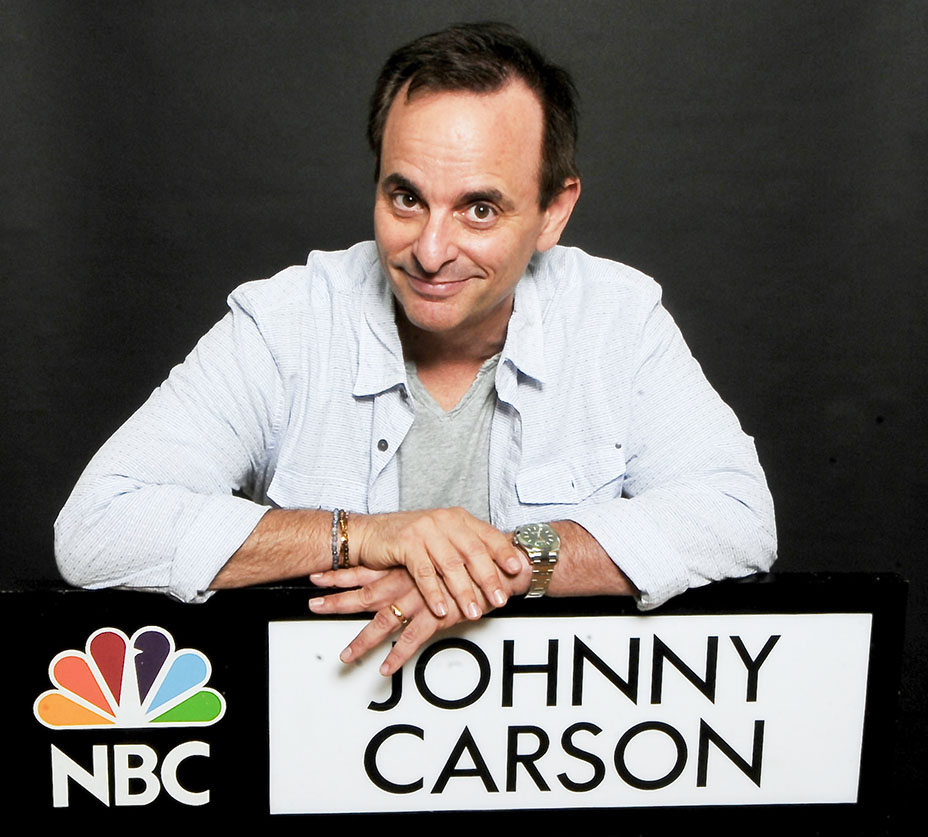 As for Worthe, he tells THR that he’s always been a fan of Carson and The Tonight Show, even back to its original days with Steve Allen. “We think it’s a valuable part of history that needs to be acknowledged and preserved. I would think anyone who is attached to this history would treat it the same way, but we certainly have a lot of respect for what people who have worked on our lot, like Johnny Carson and Jay Leno, have done for television and the greater community,” he said. “The John W. Carson Foundation continues to impact lives in Los Angeles.”

Back to Comisar: “It’s difficult to explain why I feel joyful as I examine the underside of studio seats with an eye toward freezing off gobs of 40-year-old gum, other than it’s what I do. If your goal is to celebrate and elevate television history, this is an honest day’s work.”

For now, the seats are archived with the set pieces alongside David Letterman’s home base, Archie Bunker’s living room, the Cheers bar, Pee-wee’s playhouse, the E.R. operating room, Donald Trump’s boardroom and Don Draper’s office, Comisar says. “We continue to dream aloud about a destination dedicated to television and the thousands of its touchstones in our care, and as Carson himself used to say, ‘More to come, stay tuned …'”