Continue to The Hollywood Reporter SKIP AD
You will be redirected back to your article in seconds
Skip to main content
April 29, 2021 11:03pm

Johnny Crawford, the original Mouseketeer who starred as the young son of the Civil War veteran portrayed by Chuck Connors on the 1958-63 ABC series The Rifleman, died Thursday, it was announced. He was 75.

In 2019, it was revealed that Crawford had been diagnosed with Alzheimer’s disease, and a GoFundMe campaign organized by Paul Petersen — the advocate for former child actors and onetime star of The Donna Reed Show — was set up to help the family deal with expenses.

Crawford was 12 when he appeared for the first time as Mark McCain, son of the widower Lucas McCain, on The Rifleman. The Four Star Television series, set in the New Mexico Territory with storylines crafted by Sam Peckinpah, ran for five seasons, from Sept. 30, 1958, to April 8, 1963, and then for decades in syndication and reruns.

In a 2018 interview, Crawford noted that the strength of the program was its father-and-son dynamic.

“That, and the fact that there was always a lesson at the end of every episode. Really, it’s such a wholesome show — a healthy show,” he said. “And Chuck was so perfect. You know, I still miss him [he died in 1992]. He was unique — I’ll never meet anybody else like him again. He tried to be a good influence for me, even off-camera. And he treated me like an adult when we were working. He made it much easier than it might have been. He was a lot of fun.”

Born in Los Angeles on March 26, 1946, John Ernest Crawford did a tap-dancing routine, showed producers he could fence — his dad was a state champion — and imitated singer Johnnie Ray during his audition for ABC’s The Mickey Mouse Club.

That got him a job as one of the 24 original Mouseketeers for the first season (1955-56) of the show. However, when the number of kids was reduced by half for season two, his option was not picked up.

“I was a has-been at 9,” he said in 1982. “I told my agent that I would have worked at Disney for nothing. That’s when she told me that I was working for them for nothing.

“[But] being able to go in and say that I had just finished working for a year as a Mouseketeer was to my benefit, because there weren’t many 9-year-olds who had experience in film. It gave me a certain confidence that I hadn’t had before, and I started getting a few small parts.”

He had appeared in an uncredited role in The Man in the Gray Flannel Suit (1956), starring Gregory Peck, then worked on such TV programs as The Lone Ranger, Climax!, Matinee Theatre and The Loretta Young Show before starring in Courage of Black Beauty (1957).

After The Rifleman was canceled, Crawford and Connors worked together again on a 1965 episode of NBC’s Branded, and he appeared opposite John Wayne in El Dorado (1967) and on TV shows including Hawaii Five-O, Little House on the Prairie and Murder, She Wrote.

Starting in the late 1950s, Crawford had a recording contract with Del-Fi Records and managed hits including “Cindy’s Birthday,” which reached No. 8 on the Billboard Hot 100 in 1962, “Rumors,” “Your Nose Is Gonna Grow” and “Proud.”

Starting in the 1990s, he fronted the Johnny Crawford Orchestra, which regaled members and guests at Art Directors Guild Awards galas for two decades, the guild noted Friday. Those on hand recall the thunderous standing ovation he received for a performance with the Starlight Sisters in 2019. 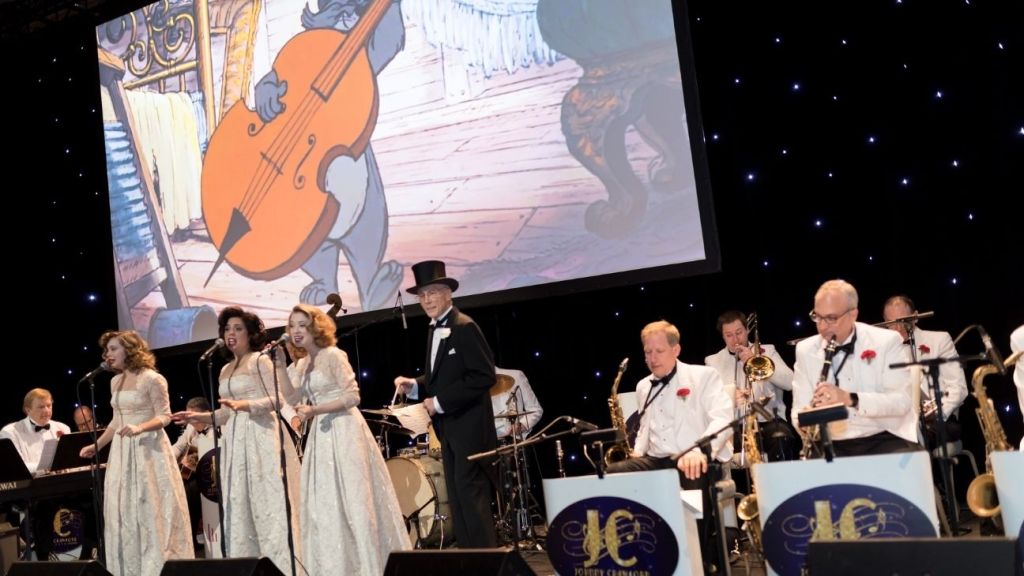 Survivors include his wife, high-school sweetheart Charlotte Samco, whom he married in 1995, and his brother.