Continue to The Hollywood Reporter SKIP AD
You will be redirected back to your article in seconds
Skip to main content
December 15, 2017 11:30am
Logo text

The upcoming third season of Judd Apatow’s Netflix comedy Love will be its last.

The prolific producer and the streaming giant have agreed to end the Gillian Jacobs and Paul Rust series after three seasons. The global return date for season three, which was announced in February ahead of its sophomore launch, is set for March 9.

“I am really excited about the third season of Love,” said Apatow, who co-created the series with Girls alum Lesley Arfin and Rust. “I think it is our sweetest, funniest season and ends our story in a beautiful way.”

“We couldn’t have hoped for better companions to go on this journey of Love with than the incomparable Judd Apatow, Gillian Jacobs, Paul Rust, Lesley Arfin and the rest of the fantastic cast and crew who have brought this special series to life,” said Netflix vp original series Cindy Holland. “Over three seasons, viewers around the world have laughed, cringed and cried with Mickey and Gus, and we are excited to share this concluding journey with their fans.”

While Netflix (like Amazon and Hulu) does not release ratings information, the streamer said in October that Love was among its top 20 original series to be binged within their first 24 hours. (Love ranked 17th, ahead of Jenji Kohan-produced GLOW and critical favorite Master of None.)

The forthcoming end of Love — produced by Legendary Television — arrives as Netflix has begun to better curate its roster of scripted originals. The streamer recently canceled comedy Haters Back Off after two seasons, which followed cancellations of Naomi Watts starrer Gypsy, Girlboss, pricey drama The Get Down and Sense8, among others. 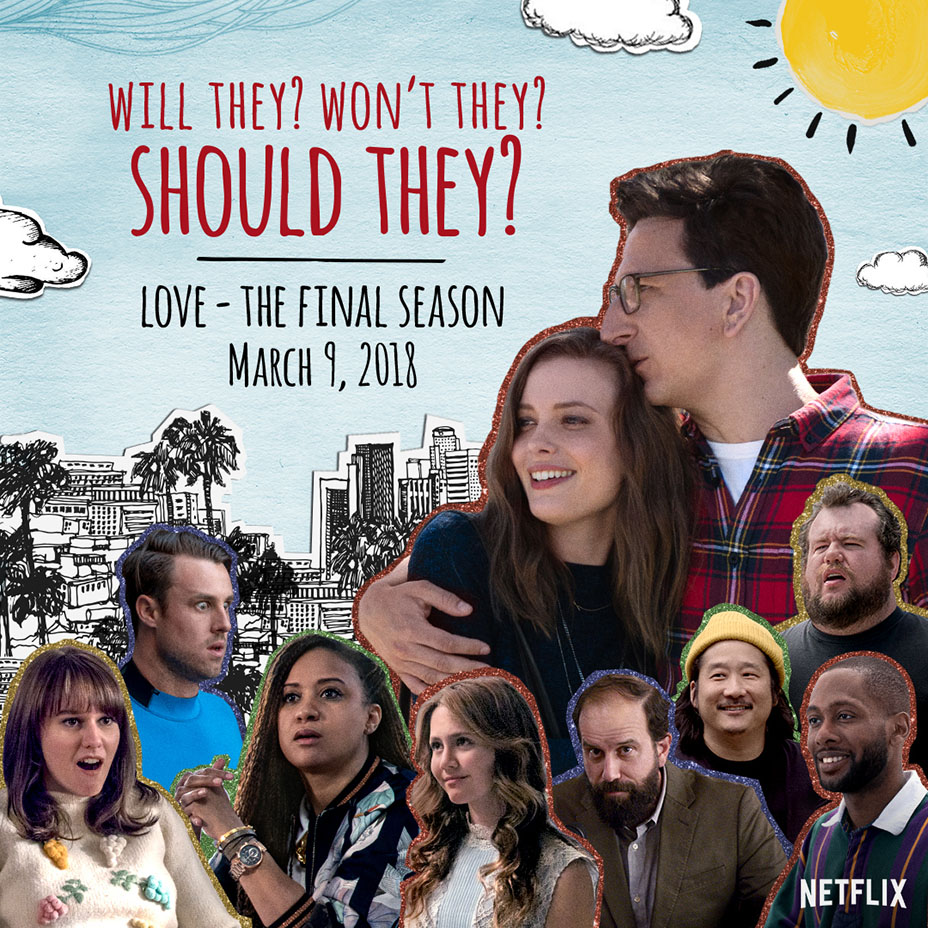