Continue to The Hollywood Reporter SKIP AD
You will be redirected back to your article in seconds
Skip to main content
April 19, 2018 5:05pm

The three eldest Kardashian sisters are closing their Dash stores to keep up with other things — namely, motherhood and their individual brands.

Kim Kardashian announced the decision Thursday on her website, saying, “From opening locations in Los Angeles, Miami and New York, to having our Dash Dolls spin-off show, it’s been such a huge part of our lives. We’ve loved running DASH, but in the last few years, we’ve all grown so much individually.”

She continued, “We’ve been busy running our own brands, as well as being moms and balancing work with our families. We know in our hearts that it’s time to move on.”

Just yesterday, Kim retweeted a 50-percent-off code to the Dash store in celebration of Kourtney’s birthday (more like a going out of business sale in retrospect).

The Kardashians opened the first store in 2006. In the past 12 years, the shop spread to multiple cities and helped expand their reality TV and fashion empire. Executive producer Ryan Seacrest told The Hollywood Reporter in 2017 that the Dash boutique in Miami gave them the premise for the show Kourtney & Kim Take Miami. “We had a successful mothership and we thought, ‘Let’s try a spinoff,'” he said. 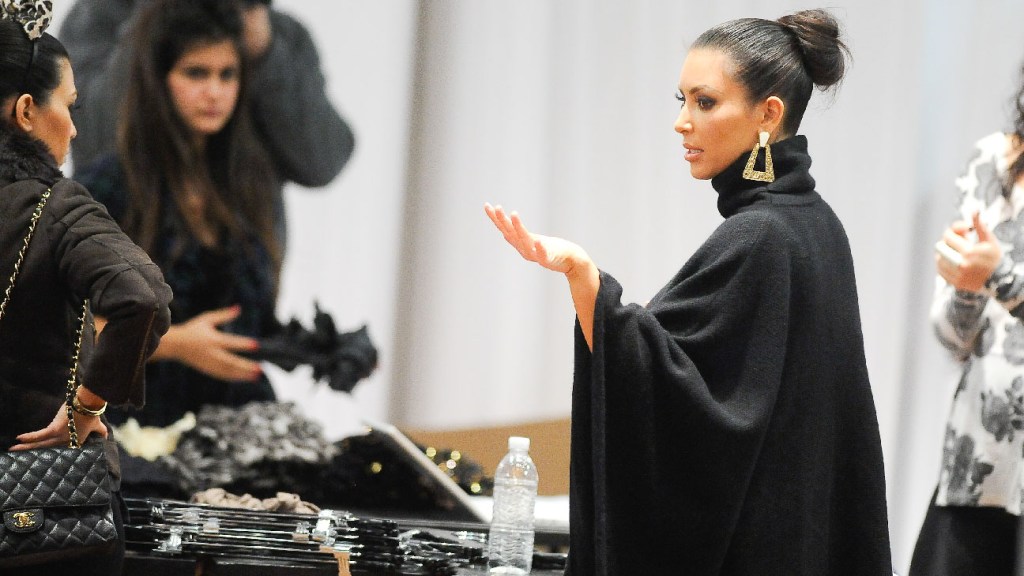 The sisters cited their children and their own brands as reasons for the closure.

Kim’s brand KKW Beauty recently partnered with makeup artist Mario Dedivanovic for the KKWxMario collection, which restocks Friday at 12 p.m. PT. She’s also teaming up with the winner of Glam Masters and creating Crème Color Sticks for a KKWxARGENIS collab, including colors Genis, Muyor, Dramatico, Peshosa and Comic King. All three moguls also have their apps, websites and other products to keep them busy — Khloé and Kourtney decided to launch “Kourt” and “Koko Collection by Khloé Kardashian,” respectively, People reported in 2018.

FIRST LOOK: KKW COLLAB WITH WINNER OF #GLAMMASTERS. TUNE INTO THE SHOW’S SEASON FINALE TONIGHT ON @LIFETIMETV TO FIND OUT WHO OUR NEXT COLLAB IS WITH.
LAUNCHING 04.21 AT GLAM MASTERS BOOTH AT BEAUTYCON NYC & 04.23 ON https://t.co/32qaKbs5YG #KKWBEAUTY pic.twitter.com/1o50fk51fH

Who has theirs?? Limited quantities left!! The Limited Edition KIMOJI x LUMEE CRY FACE case is now available on https://t.co/eiJ3Tfu6zn! All other items sitewide are 40% off! pic.twitter.com/I672MZTWqQ

The moguls are also indeed busy mothers. Kim welcomed her third child, daughter Chicago West, in January. Kourtney also has three children: Mason, Penelope and Reign. And Khloé just had her first child, daughter True Thompson, amid a cheating scandal when her baby daddy was spotted with other women in New York and Washington.

The Dash boutiques haven’t been without scandals of their own. In 2016, the stores were sued for discrimination by an employee who is legally blind and claimed the store was inaccessible. TMZ reported their New York store closed the same year due to high rent.

Then in September 2017, the Los Angeles Sheriff’s Department arrested a woman who threatened employees at the Melrose Avenue Dash using a gun and a machete.

“We love our DASH Dolls and are so grateful for the amazing memories,” Kim wrote. “And we have to give a special thanks to the DASH employees and all of the incredible fans and customers who have supported us throughout the years! We couldn’t have done it without you. Thank you to everyone!”

In other Kardashian news: Kendall Jenner is hosting a radio program and Kanye West just rejoined Twitter. It’s been a big week for the clan.