We have come to the end of another exhausting year and the end of another transformative decade. These are traditional milestones for self-reflection, just like on Real Housewives reunion shows. And, like Real Housewives, we are both self-congratulatory and accusatory. We praise ourselves for our perceived personal growth and demand apologies from those who have not lived up to our expectations. This kind of self-examination is crucial for our society to determine what progress we’ve made toward becoming who we want to be as well as decide what steps we will take to help us achieve that goal. One of the best ways to see ourselves clearly is in the black mirror of our most popular movies and TV shows.

The Hollywood Reporter recently polled industry professionals about their favorite movies and TV shows of the past decade and tasked me with sifting through the archeological detritus with tongs and a fossil brush to determine what, if anything, the results tells us about the progress of diversity in the film and TV business and society at large. First, the movie list. What immediately jumps out is that the first three movies feature a predominantly African American cast and filmmakers. That’s cool. But is it a harbinger of the sweeping winds of social change or merely a lone cyclist drafting behind the semi-truck of the Obama Mirage? The Obama Mirage is the belief that all social injustices for people of color have been addressed because we elected a black president, proof that there is no racism in America. However, electing Trump has pretty much acid-washed that illusion. The Obama semi has taken the off-ramp and we’re left all alone pedaling our hearts out to catch up with the pack of white cyclists. In other words, the three movies at the top of the list deserve to be there, but are they anything more than a cosmetic makeover?

Black Panther and Get Out show a definite sea change from the previous conventional wisdom about black-centric films brought to us by the same people who thought Julia Roberts should play Harriet Tubman. Black Panther proved that a black superhero movie, set in a black culture, directed and written by black filmmakers, could earn more than $1 billion. Get Out proved that a horror film that includes subtle but searing social commentary, made by black filmmakers, could be critically and financially successful. Though expertly written, directed and acted, 12 Years a Slave is more conventional in that it explores the safe theme of slavery, which comments on the past and therefore is easy for most people to condemn. It’s the racism going on now that’s harder to confront, admit to and change. 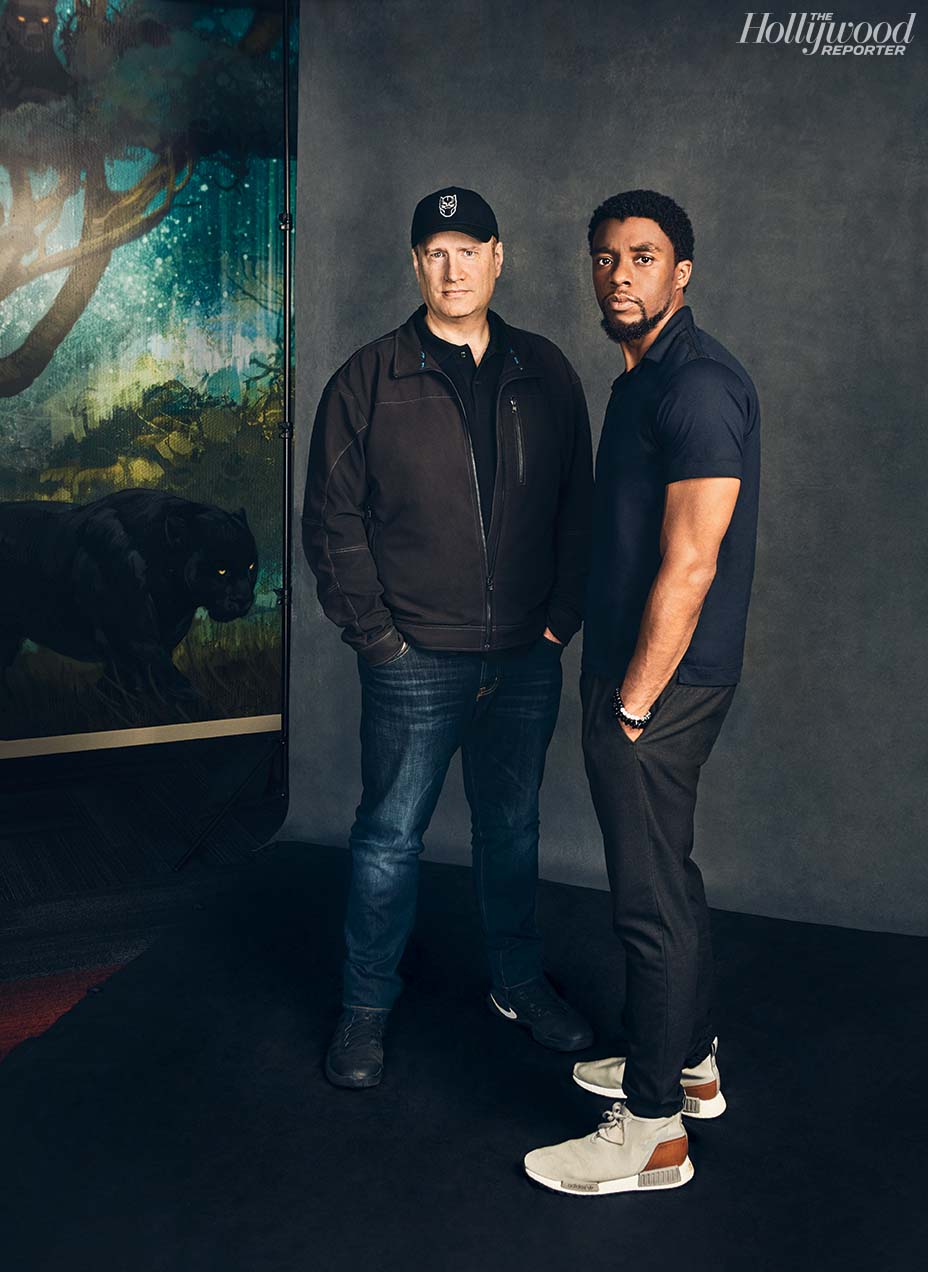 The list of favorite TV series of the decade is more challenging. It’s a pretty good list. Many of my favorites are on it. But it’s very beige-ish. Does it mean that none of the HBSes (Historically Black Shows) are high quality? Or that those polled were overwhelmingly white and didn’t see or care that much for HBSes? Even Atlanta!

Traditional Jain priests who had committed to a life of poverty would sit outside accepting alms, not just to survive, but to provide an opportunity for others to be charitable and thereby be better people. Sometimes it feels like African Americans’ value to Hollywood is, like the Jain priests, as an opportunity to occasionally produce something that makes them feel better because they are addressing social injustice. The numbers, though, tell a different and disappointing story. According to the U.S. Census Bureau, minorities make up 40 percent of the U.S. population. But only 12.6 percent work as writers and 7.8 percent as directors. Only 2.2 out of 10 lead actors in a broadcast scripted series are people of color. Whites comprised 77 percent of all film roles in 2017. And so on.

All the stats add up to the same conclusion: Our stories and our storytellers are not represented even close to our percentage of the population. Not that there has to be an exact ratio, but the current ratio tells people of color that they, their life experiences and their points of view are not as valuable as those of whites.

There have been impressive moments of success the past decade, and for that Hollywood deserves credit. As far as I can see, the industry is committed to making substantial and lasting changes — but at its own pace. For 50 years I’ve been talking about the issue and, though there has been progress, it’s been as glacial as an Ingmar Bergman film marathon.

Hollywood has the responsibility to tell the stories of all of us — people of color, women, the LGBTQ+ community — and also embody those lofty characteristics within the industry through its hiring practices. Come 2030, when we do our next Real Housewives-style end-of-the-decade reunion show, will we be proud of the progress we’ve made or embarrassed by our behavior in Cabo? 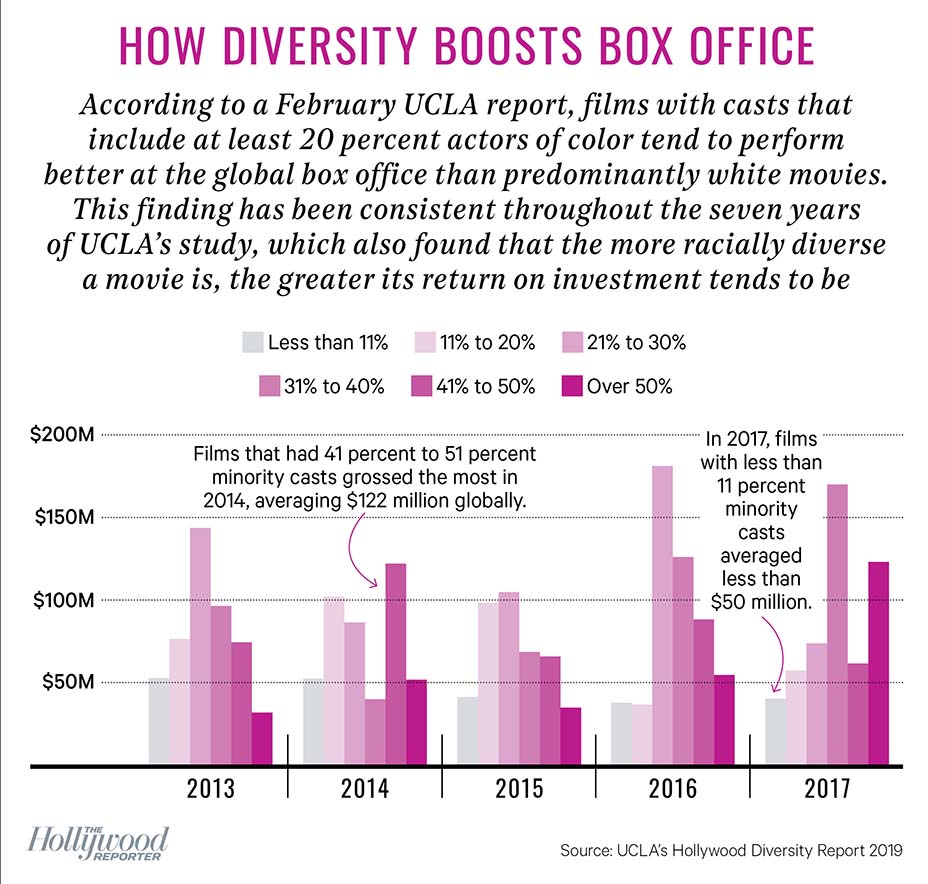