Most Americans’ understanding of politics doesn’t come from high school social studies classes but from Hollywood movies and television dramas, which is about as useful as learning about dating from watching Bachelor in Paradise. In both cases, the oversimplification and romanticizing of the process has led us to where we are today: some voters blindly supporting candidates who betray every principle they say they are for, and a generation of young people paralyzed by gilded relationship expectations.

The optimistic lesson propagated by Hollywood political movies is that the American people always eventually sort the wheat of sincerity from the chaff of duplicity due to some innate BS detector. However, despite some significant and history-making gains in the midterm elections, there is overwhelming evidence from the Nov. ?6 election results that we now have to abandon the soothing fairy-tale notion that we are striving to fulfill the democratic promise of our Founding Fathers and face the harsh reality that ignorance, greed and cowardice are still winning the day. And by winning the day, I mean defining our values and shaping our future as a nation. Mr. Smith may go to Washington, but once he’s there he gets atomic-wedgied in the Senate restroom and lied about on Fox News.

Paranoia is the main ingredient of our classic movies set in the dubious world of politics. They are mostly cautionary tales about the inevitable abuse of power by politicians, which is only appropriate since the United States was born as a reaction to the abuse of power. As writer Thomas Charlton was first attributed with saying in 1809, “The price of liberty is eternal vigilance.” And our political movies portray Americans as not just eternally vigilant but eternally triumphant. Our celluloid/digital fantasies are generally hopeful about the wisdom of the common people to eventually see through the manipulators, oligarchs, con artists and abusers and retake command whenever the ship of state founders. 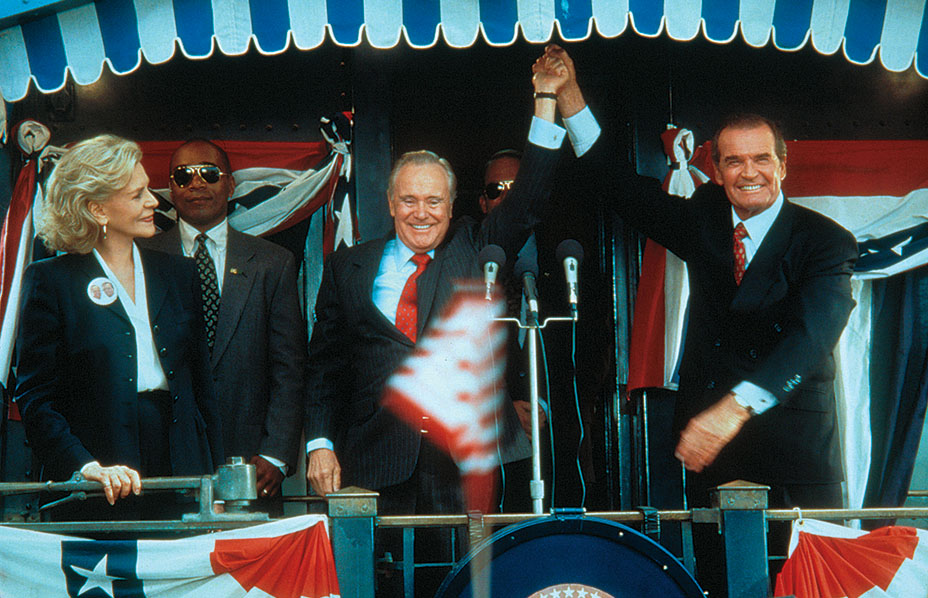 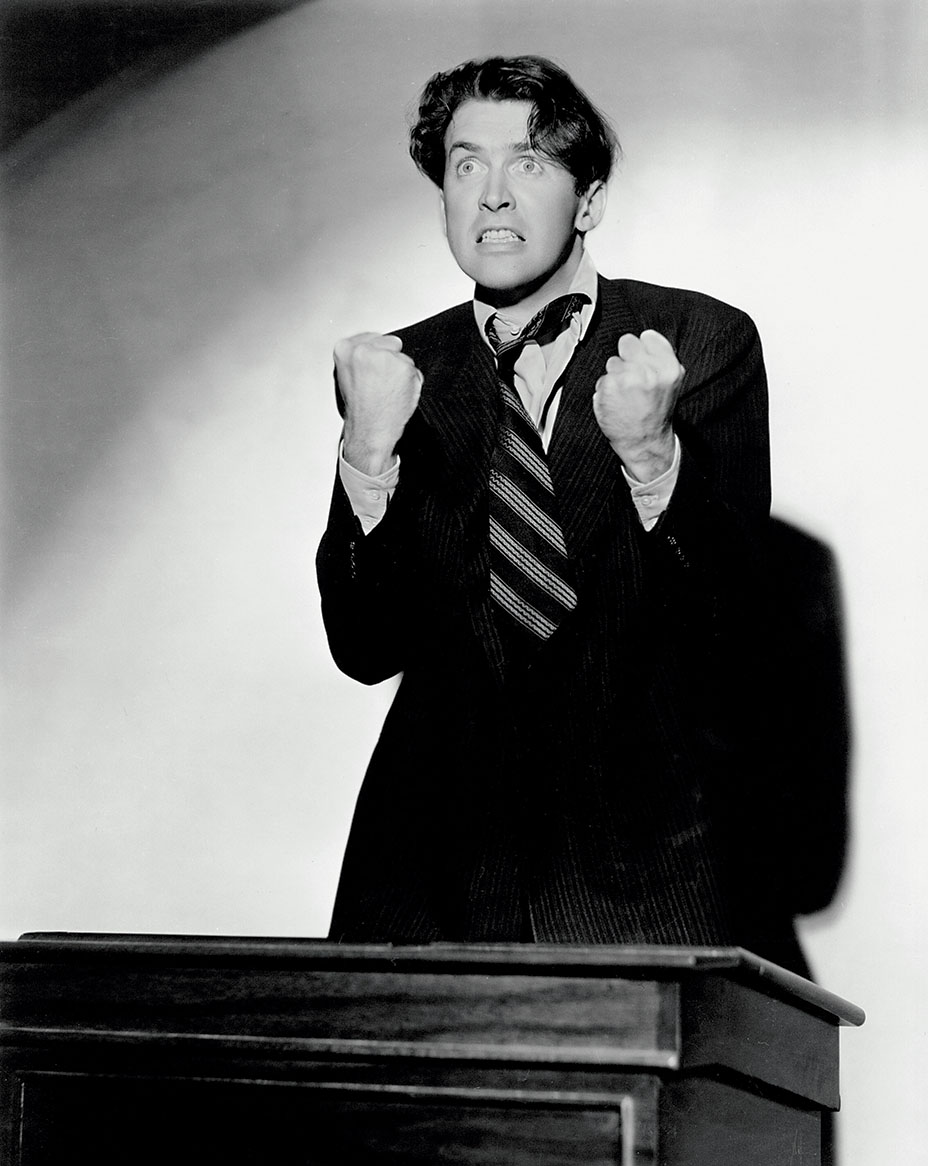 Behold our bright-eyed optimism in Mr. Smith Goes to Washington, A Face in the Crowd, All the King’s Men, All the President’s Men, Lincoln, The Candidate, Meet John Doe and comedies like Dave and My Fellow Americans. Even television (The West Wing, Madam Secretary) presents the perky politics of hope. Of course, there are darker political films and shows such as Dr. Strangelove ?and House of Cards, but their satirical edge mostly preaches to the choir rather than changes any minds. And films like The Manchurian Candidate, Three Days of the Condor and Parallax View are really just thrillers in a political setting.

One key plot point in many of the classic and ultimately redemptive political films is the dark truth revealed at the end to the American people that will force out the villainous politician. That plot point relies on the belief that when people see how easily they’ve been misled, their sense of shame and honor compels them to do the right thing.

Sadly, neither is any longer the case.

As Trump has now passed the 5,000 mark in the number of lies he’s told the public (83 in one day!), the truth is no longer a valued commodity among many American voters. Other politicians have learned that lesson, and the midterm political campaigns were filled with outright, verifiable lies. Blatant voter suppression in Georgia and North Dakota in an effort to sabotage the democratic process is nothing short of treason — exactly what Russia, North Korea and China have been doing with their computer assaults on our elections. In both those races, suppression of votes helped Republicans to win. You’re welcome, Russia.

As to shame, some Americans seem to see that as a weakness rather than a companion to virtuous behavior. When the president, his administration and many corporations can openly state that business is more important than a country murdering a journalist — and demonstrate no shame — we are clearly no longer valuing the moral standards of our Constitution as a guiding light to lead this country into the future. Advertising pioneer William Bernbach said, “It’s not a principle until it costs you money.” When it came to $110 billion in arms sales to Saudi Arabia, America no longer had a problem with murder — or Muslims. (Just leave the money on the star-spangled dresser.)

NBC hired Megyn Kelly, despite her history of Jesus-is-white racism, while AT&T, Land O’Lakes and Purina supported the openly racist and anti-Semitic Iowa Rep.?Steve King before pulling their support. He won anyway. Our principles are for sale, reduced for clearance. 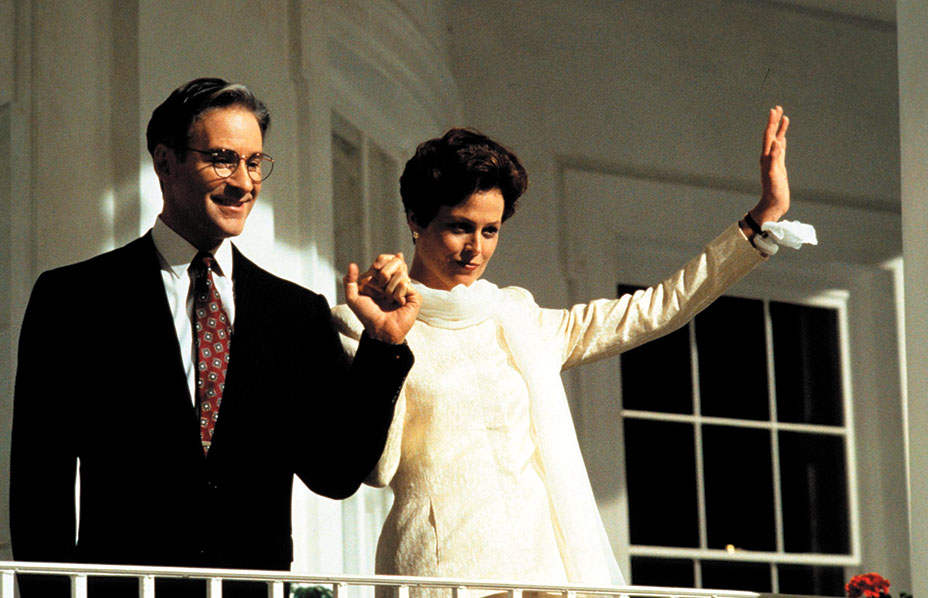 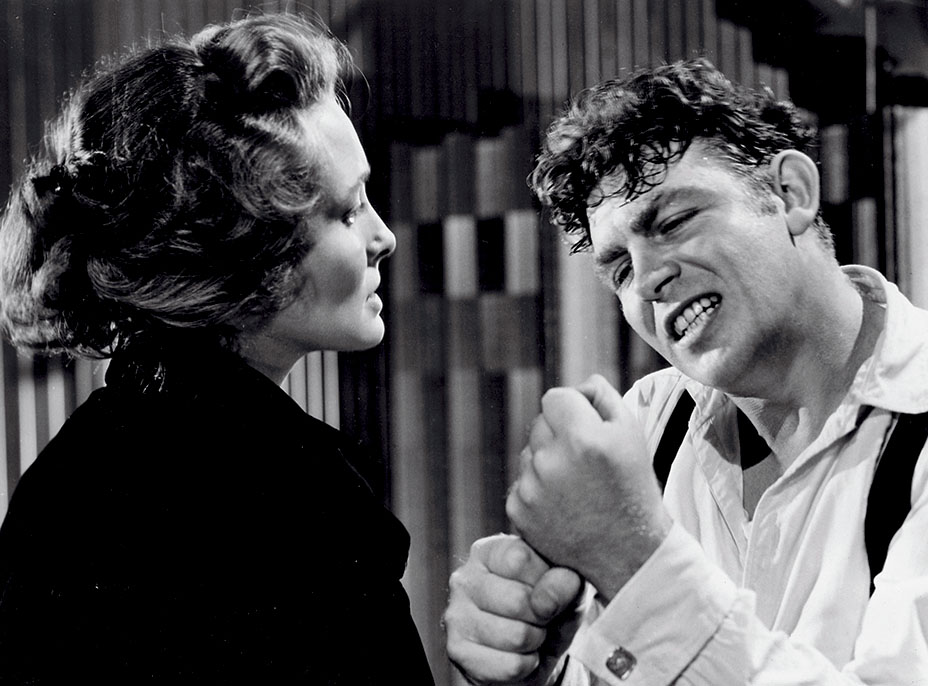 What makes our principles so disposable is the inability to recognize when they are threatened because we don’t even know what they are. A 2017 poll from the University of Pennsylvania’s Annenberg Public Policy Center showed the shocking truth about most Americans and their knowledge of their government and the Constitution they celebrate so aggressively at sports games and on the Fourth of July. For example, 37?percent could not name any right protected by the First Amendment; 74?percent couldn’t name the three branches of government; 33?percent couldn’t name any branch of government. What’s more unpatriotic: taking a knee to protest a government not living up to the principles of the Constitution or being too lazy to even know what the Constitution says? Perhaps this ignorance is why Trump can shred the First Amendment by calling the press “the enemy of the people,” in direct defiance of the Founding Fathers.

Political movies address the threat to America, not from our foreign enemies but from the greedy, dishonest and criminal politicians who would be kings. At the end of All the President’s Men, Nixon and his criminal cronies are brought down; at the end of A Face in the Crowd, radio host Rhodes unknowingly broadcasts his disgust for the “idiots,” “guinea pigs” and “trained seals” that are his supporters and is brought down; at the end of All the King’s Men, political boss Willie Stark is assassinated by the brother of a man he drove to suicide. At the end of Mr. Smith Goes to Washington, a corrupt senator is shamed into a remorseful confession: “I’m not fit to be a senator! I’m not fit to live! Expel me! Expel me, not him!… It’s a crime against the people who sent me here — and I committed it! Every word that boy said is the truth! Every word about Taylor, and me, and graft, and the rotten political corruption of my state!… I’m not fit for any place of honor or trust! Expel me, not that boy!” (Are you listening, Mitch McConnell?) Here we are nearly 80 years after that famous speech, and we are still debating our commitment to the truth. Especially when the midterms saw the re-election of openly racist candidates, supported by an openly racist president, the re-election of two Republicans under indictment, and the election of a dead brothel owner in Nevada.

When citizens no longer fear the loss of democratic principles, and in fact embrace it, the political movie is finished as a popular genre and instead becomes a distant voice of the resistance. The genre that is most politically outspoken right now is time-travel sci-fi. A recent episode of DC’s Legends of Tomorrow saw the intrepid adventurers stand up to the self-righteous accusers at the Salem witch trials. We shake our heads at the pompous lies and silly logic of the Puritans, who are clearly stand-ins for the Republican misinformation about health care, immigration, etc. The current Dr. Who by its mere existence is a political statement. The 13th incarnation of Dr. Who — long a man, now a woman, played by Jodie Whittaker — is accompanied by an ethnically diverse group of time travelers: a white middle-aged widower whose wife was black, his black step-grandson and a female cop with Muslim-Pakistani heritage. In a recent episode, they faced off with a Trump-like hotel owner (Chris Noth) intent on becoming president. He was immoral, a liar and a coward. In a just world, he would have been killed by the giant spiders they were fighting. But in this dark political commentary, he walks off free to run for president.

So, watch Mr. Smith Goes to Washington and even Billy Jack Goes to Washington if you want to fantasize about the values America once cherished. Maybe if we watch them often enough, we’ll revive the genre as our moral compass for 2020. 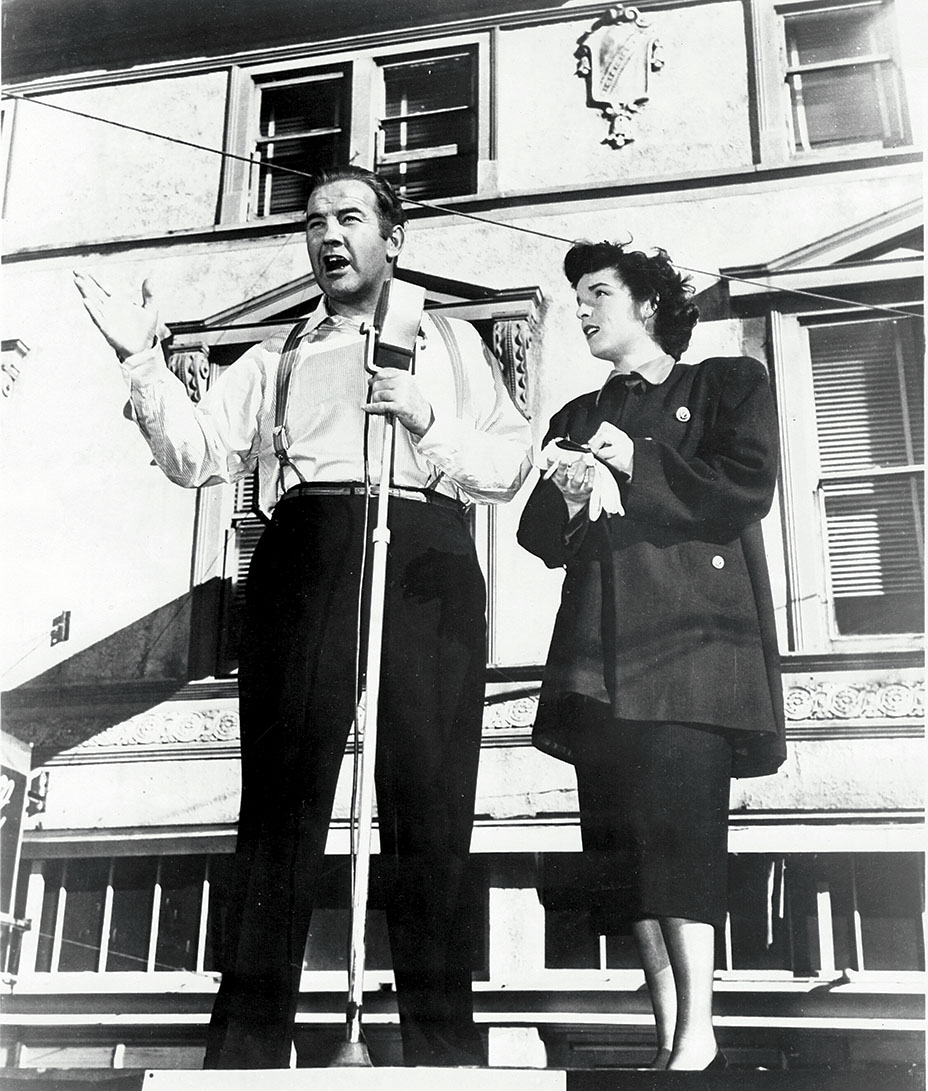