The November midterm elections won’t be decided by the tawdry Brett Kavanaugh debacle, the fluttery tinsel economy or Robert Mueller’s probe into the clogged colon of Trump’s alleged collusion. Instead, it will be firmly influenced by a simple reality-show trope that sanctifies one of the most destructive ideas to a democracy: “Go with your heart.” At first, that phrase can seem like a minor, even charming convention, but actually, this widely promoted platitude is a symptom of a way of thinking that is detrimental to maintaining American values.

One can see why encouraging people to “go with your heart” is so popular: It puts everyone on the same intellectual level. Forget experts, authorities, facts, statistics or science — everyone is an expert of the heart. Feelings now carry as much weight as the opinions of those who conduct extensive research, who spend years studying and compiling evidence before reaching any conclusions. By elevating the heart above the brain, we discourage people from being rational in favor of being emotional. And emotional people are easier to manipulate.

Here’s how: A recent meme circulating on Facebook is a photograph of an amputee soldier in a wheelchair saluting — accompanied by the outraged message that Facebook had banned the photo as “offensive.” More than 1.25 million people had viewed the photo, and there were many angry comments about patriotism, fake news, liberals, etc.

None of it was true.

Ten seconds on the internet would have proved that, but so many people are imprisoned by their confirmation bias that they can be led around by the “heart” by everyone from politicians to Russian trolls. Research, even for 10 seconds, is for losers who need evidence before being outraged. The cellphone is the greatest single educational tool in the history of the world, yet many don’t use it to get smart, only to justify calling others dumb. 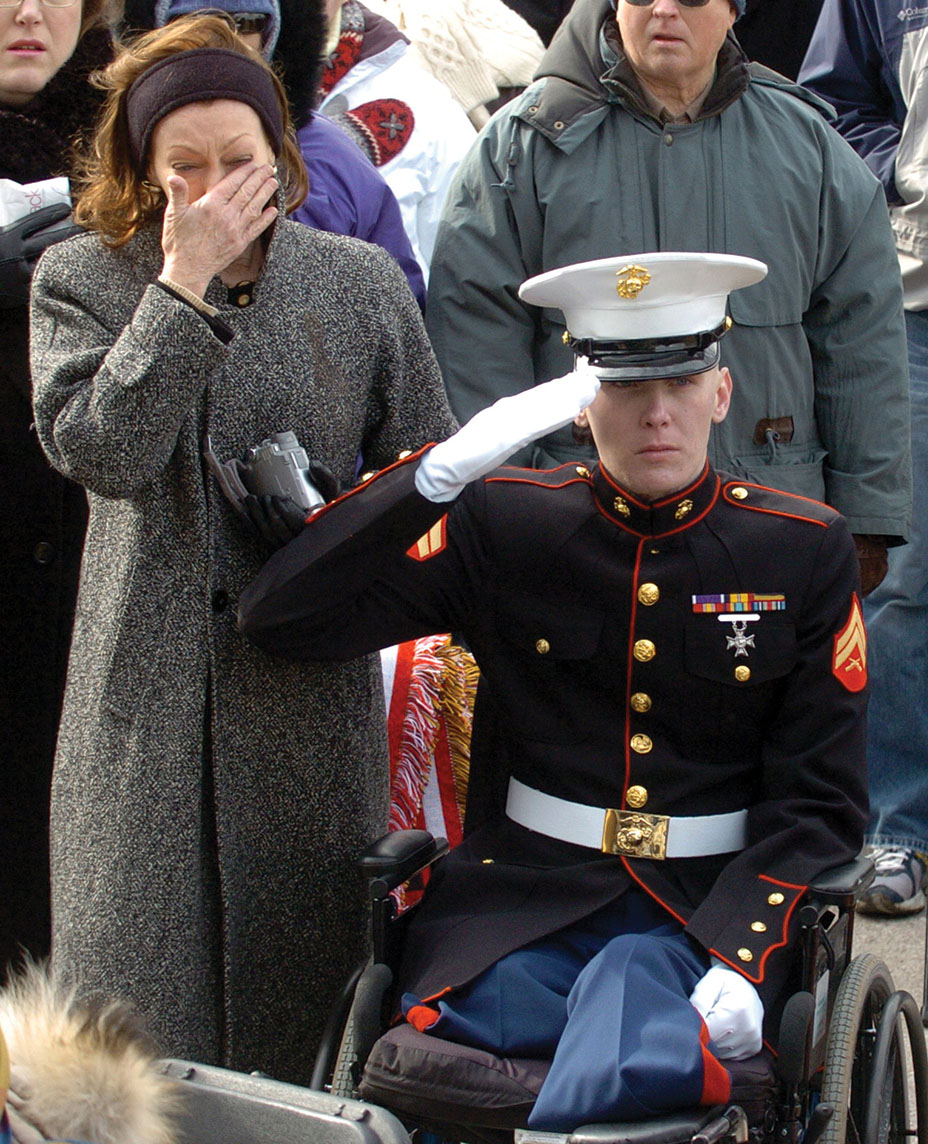 We are often too quick to dismiss pop culture as the frivolous flotsam of an indulgent society. Yet, when closely examined, pop culture can be a revealing portrait of the civilization that creates and celebrates the TV shows, apps, video games, movies, music and other trendy expressions of their needs, desires and fears. It’s a media cage fight to articulate our core values and principles.

Reality television is deep in that fight, throwing elbows and eye gouges to America’s ideals by dismissing with such evangelical zeal the Age of Reason’s 200-year-old premise that “knowledge is power” in favor of the much easier and more socially harmful “go with your heart” (aka “go with your gut”). Reality shows — including the Real Housewives and Bachelor franchises and various MTV millennial series like The Challenge and Teen Mom — have highly pivotal moments in which a castmember must make a crucial “life-altering” choice. Invariably, the person announces that they must go with their heart (or gut). Sometimes, they ask a friend for advice, which is almost always an evasive variation on “listen to your heart.” (Memo to crappy friend: If the person knew what was in her heart, she wouldn’t need to ask you for advice.) 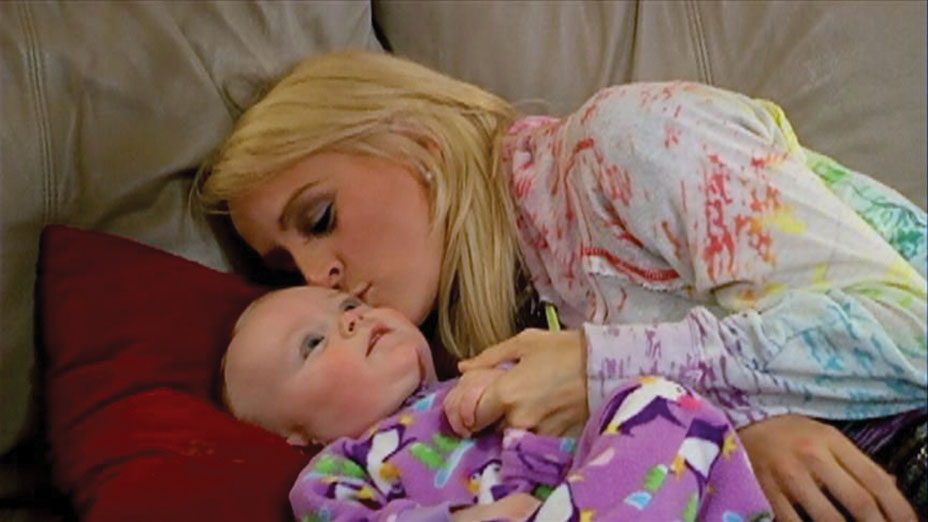 When this inevitable moment arrives — it arrived six times in one episode for Becca Kufrin in her Bachelorette season — the person declares with tearful ferocity, and a half-turn toward the camera, that they must follow their heart. It’s sadly clear each time this statement is made that the person actually hears in their heads the battering of hands of the television audience applauding their spiritual moment. This idea that a person “just knows” what’s right is romanticizing the kind of intellectual laziness that makes all forms of bias possible. This elevation of instinct over intellect is curious since reality show castmembers are so often massively wrong, as almost every episode of every show has proved (see Becca’s engagement to Ari). 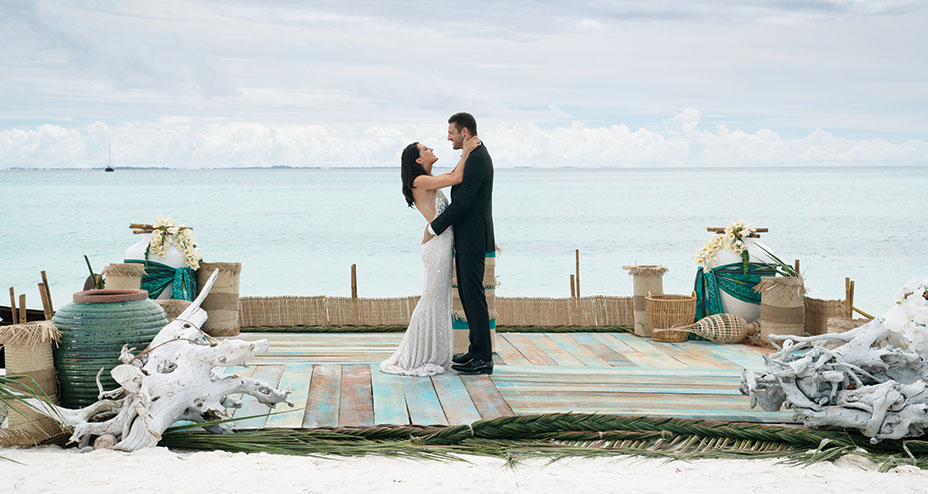 The “truthiness” that Stephen Colbert once satirized is now so ingrained in our culture that many voters no longer feel the necessity to rely on verifiable facts to choose their candidates. They have been unburdened from what was once their patriotic duty of examining a candidate’s record and the veracity of their statements to choose who would be best for the job. Even when faced with a politician who makes multiple contradictions and utters proven lies, they embrace the mist of false hope. Rudy Giuliani’s “Truth isn’t truth” statement; Kellyanne Conway’s “alternative facts”; and President Trump’s suggestions that the National Enquirer should have received a Pulitzer Prize exemplify the widespread and increasingly accepted practice of verbally stoning those who speak truth and facts, from journalists to experts to scientists. 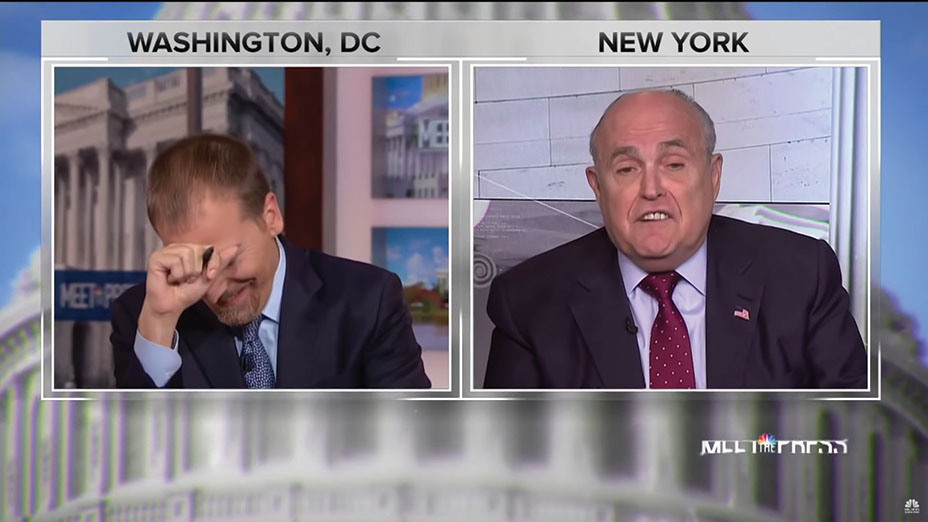 How has this rampant anti-intellectualism, which historically is always the first step toward fascism, spread so thoroughly through the American society that once lauded the kind of rational thought that ushered in the Enlightenment and the Renaissance?

Well, look at Trump, who often brags that he doesn’t need to prepare to meet with world leaders to discuss complex negotiations because he has great instincts and goes with his gut. Before meeting with North Korean despot Kim Jong Un, Trump acknowledged he didn’t need facts or information from experts, he would rely on “just my touch, my feel.” Even though this technique usually results in him issuing false statements (an average of 7.6 a day, according to The Washington Post‘s “Fact Checker” column), getting facts wrong and having to go back on his promises, he still relies on his gut. In proudly admitting this, he encourages other Americans to do the same.

“Going with my gut” is like saying, “I’ll jump off this cliff because my gut says the water below is deep enough.” Reality shows perpetuate the childish idea that we have innate superpowers when it comes to detecting sincere love matches — which explains the U.S.’ high divorce and adultery rates — or making political decisions. It also explains why every time Trump gives an impassioned speech, he rises in the polls, even though what he says is often verifiably inaccurate. 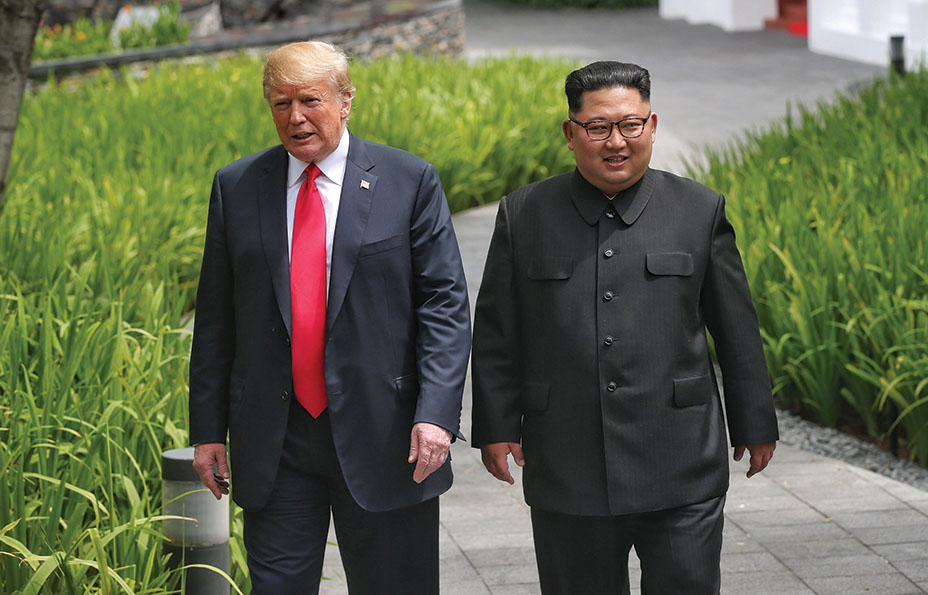 Here’s a sobering thought for those depending on their gut to judge truthfulness: According to an article on the American Psychological Association website, “Research has consistently shown that people’s ability to detect lies is no more accurate than chance, or flipping a coin. This finding holds across all types of people — students, psychologists, judges, job interviewers and law enforcement personnel.”

That’s what made the Brett Kavanaugh vs. Christine Blasey Ford Senate Judiciary Committee hearing an essential lesson on the dangers of going with your gut. Ford gave a measured, restrained version of the events she recalled. The judge raged and wept and insulted and pouted with his amplifier cranked to a Spinal Tap-worthy 11. His tactic, perhaps encouraged by Trump’s success, was to blast enough emotion in the audience’s face that they would be persuaded without evaluating the flimsy content of his actual words. He lied, he equivocated, he bared his partisan fangs — all of which should disqualify him from serving on the U.S. Supreme Court. But Republicans continue to preach the gospel of follow your heart because they know anyone using their head would recognize this threat to democracy. 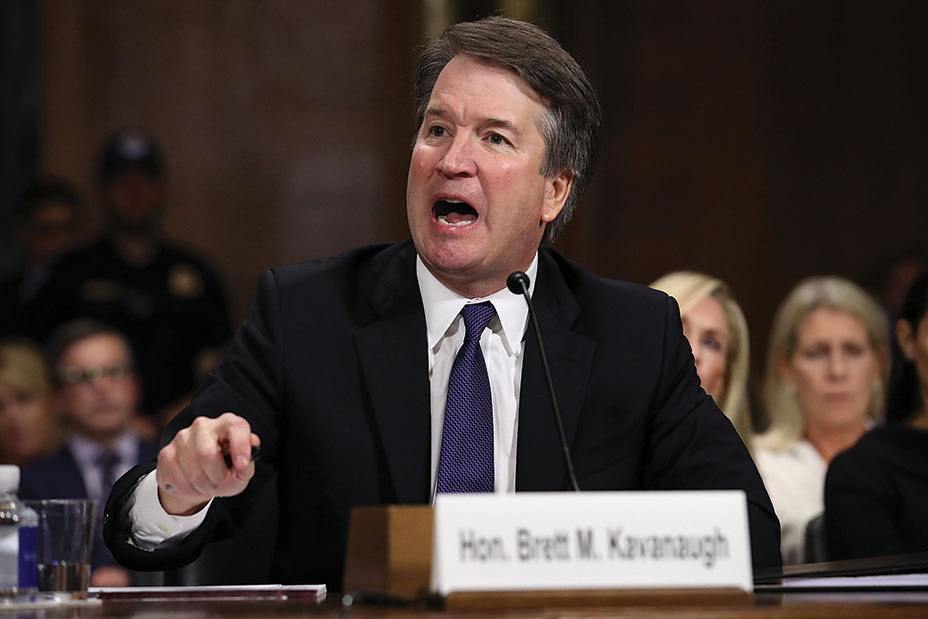 When Trump tried to perform his usual blustering act in front of the U.N., they laughed at him because they demand actual facts and evidence. In a non-guts-centric society, those senators waving the flawed FBI report as evidence of Kavanaugh’s innocence would be laughed out of office because they would be recognized as greedy politicians placing their own jobs above the country. They don’t kneel during the national anthem, they just run the American flag through the shredder in their plush offices. Every time they raise their voices, they attempt to lower our intelligence.

In the movie High Fidelity, Rob (John Cusack) blames his many disastrous relationships on listening to thousands of pop songs that have romanticized love and clouded his decision-making ability. By the end of the movie, he says, “I’ve been thinking with my guts since I was 14 years old, and frankly speaking, I’ve come to the conclusion that my guts have shit for brains.”

Unfortunately, reality shows have so idealized the notion that guts trump brains, the midterm elections are in danger of being decided by voters who choose to ignore the facts and vote based on a romanticized ideal perpetuated by reality TV — which has all the substance of an Ari Luyendyk marriage proposal.

A version of this story appears in the Oct. 10 issue of The Hollywood Reporter magazine. To receive the magazine, click here to subscribe.