When fans of The Bachelorette watch the May 29 episode, I’m sure some will express shock and wonder: “What the heck is Kareem Abdul-Jabbar doing on the show handing out romance advice?”

Five months ago, I wrote an article for The Hollywood Reporter titled “How the Bachelor and Bachelorette Franchise Are Damaging Romance in America.” I said this: “As entertaining as these shows are (and they really are compelling fun), there is an insidious darkness beneath the fairy tale pabulum they are serving up.” On the plus side, I called them “entertaining” and “compelling fun.” But I also objected that “The real crime is the lack of intellectual and appearance diversity, which leaves the contestants as interchangeable as Mr. Potato Head parts.” Mostly, I complained that by limiting themselves to only one specific body and intellectual type, they were promoting a form of romance porn that created a superficial fantasy ideal that inevitably would lead to dating disappointment for viewers influenced by the shows. I also observed that African-American contestants, though always a part of the dating scrum, were predictably cut loose after an appropriately polite “we don’t see color” period of time. I didn’t think anyone was to blame or that there was a racist conspiracy. It was just a consistent occurrence that reflected contestants’ comfort zone.

Then along came Rachel Lindsay. Making it to the semifinals of The Bachelor before Nick Viall tearfully decided (weren’t all his decisions tearful?) to cut her loose, Rachel distinguished herself as intelligent, athletic, playful, witty and emotionally mature. She also happened to be black. 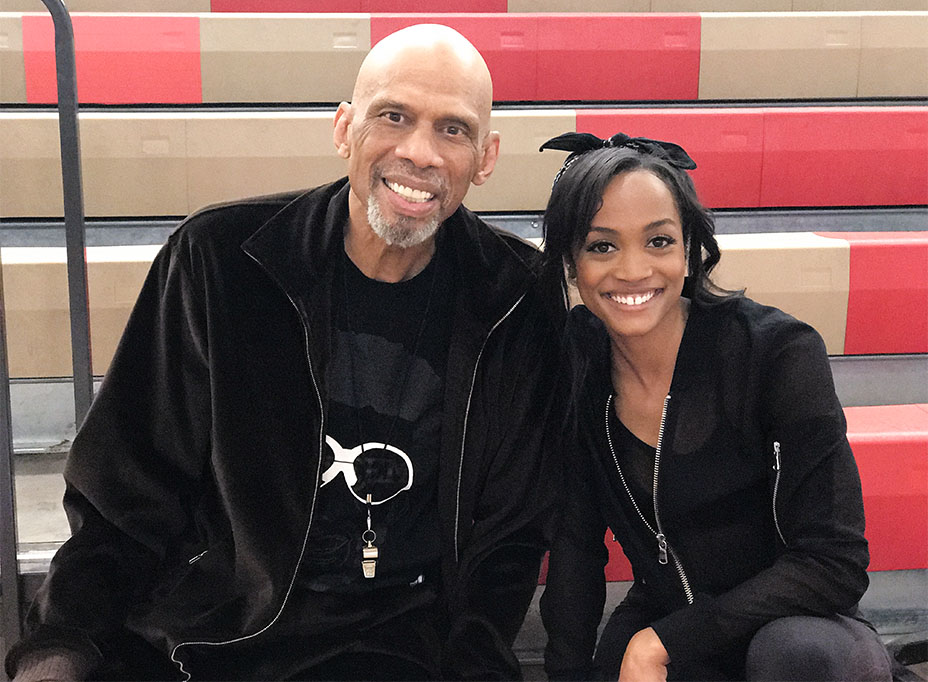 After my article appeared — and while Viall’s Bachelor season was being broadcast with Rachel still in the mix — the producers of The Bachelor/Bachelorette franchise called me up to tell me that the upcoming Bachelorette would feature a black woman. There were three black women among the remaining contestants, and though the producers wouldn’t reveal whom it would be, clearly Rachel had been a standout. They then asked me if I would like to come on the show and run the men through some basketball drills that would reveal some of their character traits to Rachel. As a fan of the shows, I naturally agreed.

Why am I such a fan? Critics always like to complain that “reality” shows like this aren’t reality. That throwing a bunch of people together to compete for love is more game show than real life. That the cloistered but competitive environment creates a false perception that skews emotions in a mild version of brainwashing akin to Stockholm Syndrome. In other words, it’s just like high school. Or an office workplace. Or a pick-up bar. So, yeah, like real life.

Those very challenges and restrictions that critics describe are what best reveal the contestants’ true character. They have to balance looking for love with not looking silly and desperate to the viewing audience. For most, this leads to making bad choices and then trying to rationalize them in their confessionals. That inability to see their actions for what they truly are reveals their deepest personality flaws. It’s like reading a turgid Russian novel as translated by Danielle Steel.

For me, Rachel immediately displayed a clear-eyed view of what was going on and handled herself with dignity while treating the others with compassion. I was relieved she wasn’t chosen by Nick because, let’s face it, she was too good for him. She was smarter, wittier, funnier and more mature than he was, which I suspect he realized and is the reason he didn’t select her.

A version of this story first appeared in the May 24 issue of The Hollywood Reporter magazine. To receive the magazine, click here to subscribe.