“Slaves are generally expected to sing as well as to work,” observed ex-slave-turned-abolitionist Frederick Douglass. To the slave owners, singing slaves would drown out their own cruelty and oppression, clothe them in a coerced choir of decency. But it wasn’t enough that the slaves had to sing, they had to sing their oppressor’s feel-good songs that are summed up in the Porgy and Bess refrain of “I’ve got plenty of nothin’,” and nothin’s plenty for me.”

Currently, the song being demanded is the national anthem during football games. But during a warm-up game on Aug. 10, despite President Trump’s previous condemnation, several Eagles players kneeled during the anthem or raised their fists — their way of singing their own song. For them, lyrics like “land of the free” don’t accurately represent the daily reality for people of color. They love their country but want that country to recognize the suffering that occurs when it isn’t living up to its constitutional promises.

Trump reacted by tweeting, “Numerous players, from different teams, wanted to show their ‘outrage’ at something that most of them are unable to define.” Who would know better how to define their outrage: the privileged darling of white supremacists, the 94 percent-white team owners, the 75 percent-white head coaches or the 70 percent-black players who actually take the field each week?

The daily challenge for African-Americans is getting white Americans to listen to their song, especially when it isn’t a grinning, grateful or pandering patriotic song. Two movies have recently been released that sing songs that define black America’s continuing frustrations and outrage: Spike Lee’s BlacKkKlansman and Boots Riley’s Sorry to Bother You. Both movies are about black people finding their voices and then having the courage to use those voices to tell their truths. But will America listen to what they’re singing, especially in today’s post-truth and “alternative facts” environment?

Sorry to Bother You is a wickedly funny and absurdist satire about class struggle and the systemic racism that attempts to usurp the authentic voices of people of color. In this case, “taking their voices” is literal: When the protagonist, Cassius “Cash” Green (Lakeith Stanfield), gets a job as a telemarketer, it isn’t until he adopts a ripe-with-entitlement “white voice” that he becomes successful. This is an accurate reflection of the studies that show job applicants with black-sounding names are less likely to be called in for interviews, and that students with black-sounding names are more likely to be seen as troublemakers. Research has shown that black-sounding names conjure images of being physically larger, dangerous and more violent than white-sounding names.

Cash becomes so adept at his white voice that he even uses it when he’s alone with his girlfriend, much to her disgust. The plot spirals into surrealism as Cash is challenged to trade in his black identity, even to betray his own community, in exchange for success in the white world. The conflict may be familiar from other black satires like Putney Swope, Watermelon Man and Sweet Sweetback’s Baadasssss Song, but the storyline used to portray it is wholly and delightfully original. 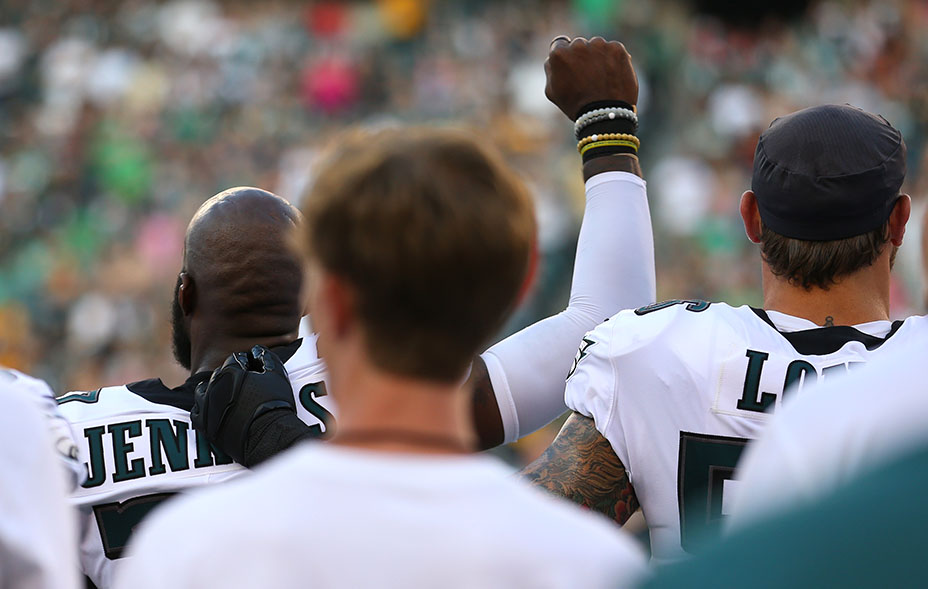 Satire is the genre of choice for oppressed people trying to change the status quo. Satire has sharp teeth honed on rage and that feed on complacency. The satire formula is pretty simple: Begin with a funny but realistic story, often a coming-of-age tale about a good-hearted but naive person who gets the naivete kicked out of them by coming face to face with the dirty truth about the world. The broad humor in the beginning lowers the audience’s guard. Then the story turns dark and surreal, with exaggerated elements that shock the audience out of our complacency, shattering our hardened perceptions and bubble-wrapped indifference to others’ suffering. The ending in a satire is often a gut-punch of dark emotion meant to inspire us into action. This has been the case from satiric musicals like The Threepenny Opera, The Fantastiks and The Book of Mormon to more dramatic fare such as Dr. Strangelove, O Lucky Man, Gulliver’s Travels and Catch-22.

Sorry to Bother You reflects that traditional dark ending, telling us that just exposing the injustices to people isn’t enough and may even profit the villains, as we’ve seen with the tally of Trump’s over 4,000 lies and misrepresentations only making his base’s support more fervent. Some slaves don’t want their freedom or their own song. The ending of Boots Riley’s film suggests that justice may require a more hands-on involvement.

Though not strictly a satire in the over-the-top mode of Sorry to Bother You, BlacKkKlansman nevertheless has plenty of sharp, satirical barbs. Director Spike Lee wisely restrains himself from pushing the absurdity too far because the situation itself is already so jaw-droppingly absurd.

BlacKkKlansman has a more traditional storyline, though the freewheeling and edgy style is distinctively Lee’s. Based on a true story, the film follows the crazy 1972 case of Colorado Springs’ first black detective, Ron Stallworth (John David Washington), and his infiltration of the local Ku Klux Klan. After initially contacting the KKK on the phone, Stallworth uses Jewish detective Flip Zimmerman (Adam Driver) to represent him in person at the Klan meetings.

The plot involving the Klan is as suspenseful as any crime-thriller, but the real payoff is the awakening of Stallworth to his own identity, finding his own voice and song. While going undercover to attend a rally featuring former Black Panther Kwame Ture (aka Stokely Carmichael), Stallworth faces his personal struggle for identity for the first time. “Stop running away from being black,” Ture tells the crowd. Stallworth realizes that he lives his whole life undercover, hiding his black identity and connection to the black community (“I feel like I’m two people all the time”). Even a white cop tells him in frustration that he’s naive: “Why don’t you wake up?” Which is what the film is telling us all.

Lee has proven that he can make quality, successful commercial films like Inside Man, but he has chosen to focus on stories that are more artistic and politically conscious — and less financially rewarding — that raise more consciousness than cash. Lee started out at 29 with She’s Gotta Have It (1986) as a voice of his generation, which culminated three years later in Do the Right Thing (1989), one of the top 10 best American films ever made. His voice has since evolved and matured into a voice of, not just a generation, but an entire black community. He hasn’t lost his passionate edge, he’s just gained deeper, richer insights. BlacKkKlansman is the essence of that deeper, richer voice.

In Lindsay Anderson’s 1968 classic film of youth revolution, if…., the main character (Malcolm McDowell) is a student in an English public school whose voice the school tries to silence with beatings and humiliation, which results in radicalizing him even further. Angrily, he states, “One man can change the world with a bullet in the right place.” This is not a call to violence, but rather a metaphor for art. Art is the “bullet” that can change the world. Both these films feature art in pivotal scenes.

In Sorry to Bother You, Cash’s girlfriend does a performance art piece in which she stands on stage and allows the audience to hurl at her bullet casings, balloons filled with animal blood, and cell phones (because a key element comes from Africa). Standing there enduring abuse becomes a central metaphor for the exploitation of people of color. In BlacKkKlansman, D.W. Griffith’s classic film of pro-KKK racism, The Birth of a Nation, is shown during a Klan meeting to inspire them to greater heights of hatred. For the audience watching them watching the film, it inspires us to the opposite.

These two films represent the idea that “one person can change the world with a movie in the right place.” These two movies — with their beautiful voices and powerfully original songs — are the right place at the right time.

Dissecting 'BlacKkKlansman' and Its Startling Conclusion

A version of this story appears in the Aug. 15 issue of The Hollywood Reporter magazine. To receive the magazine, click here to subscribe.