Katie Stevens, star of the Freeform drama The Bold Type, has a not-so-secret reality TV past. But plenty of her fans have no idea they’ve seen her on TV before. Even her boss on the Cosmopolitan magazine-inspired drama, showrunner Sarah Watson, had no idea that the star competed on the ninth season of American Idol — Simon Cowell’s last — as a fresh-faced teen, finishing eighth and spending the summer after her senior year of high school touring with the rest of the top 10.

“It’s obviously on her résumé,” Watson tells The Hollywood Reporter of the day Stevens auditioned for the series. “So that night I watched a bunch of old videos. I was impressed not just by her stage presence, but by how incredibly poised and mature she was while taking criticism from Simon Cowell.”

On The Bold Type, Stevens plays 20-something women’s magazine writer Jane, who works at the fictional Scarlet Magazine with her two BFFs. She landed the role after a three-season run on MTV’s Faking It, where she played a high school student who suddenly found herself popular when her classmates thought she was dating her best girlfriend. Before that, however, she was selling cupcakes to tourists at an L.A. outdoor shopping mall after a post-Idol music career never materialized.

“I was getting discouraged in music,” she says. “I started auditioning.… I was trying to network with anybody that I possibly could. I was taking two acting classes a week and auditioning. I didn’t necessarily hit rock bottom, but I was working at Sprinkles Cupcakes and trying to make money, not wanting to tell anybody that I was getting a job because other people that I knew from Idol were like, ‘Why aren’t you singing places and making money off of the Idol name?’ And I was like, ‘Because I don’t only want to be known for that.’”

There might be a stigma attached to former reality show contestants, but Stevens has nothing but love for her time on the show.

“American Idol gives people really wonderful opportunities, and they shouldn’t take flak for what people do with that opportunity after they leave the show,” she says. “A lot of casting rooms I was in, that was the only thing on my résumé, and people would just be like, ‘Oh, here’s Katie Stevens. Another American Idol girl who thinks she could be an actor.’” 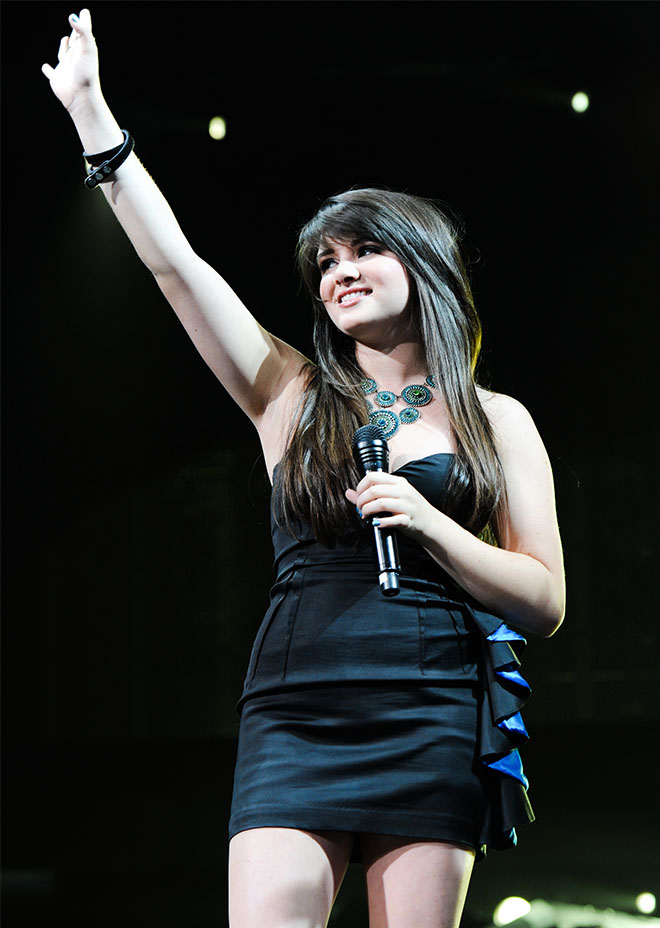 But it turns out that time out of the public eye allowed her to hone her acting skills and shed the Idol image.

“When I came back, I was able to just be viewed as Katie Stevens the actress, not Katie Stevens from American Idol who’s acting now,“ she says.

Faking It showrunner Carter Covington tells THR he also had no idea about her Idol past when he cast her for the gone-too-soon MTV series (in which she also sang).

“She had taken a lot of classes and she had really perfected her skill. She was ready for that role when she got into the room. Her natural talent is so clear,” he says. “I’ve been mesmerized by her since I first saw her.”

After three years on the show — several months of which were spent juggling her starring role in a live musical adaptation of the movie Cruel Intentions in Los Angeles — it was a shock to be canceled.

“I tried to always set myself up for the failures so that it wasn’t such a tough fall,” she says. “It’s like, ‘Cool. First season down. That was amazing. That was an experience that I’ll never forget in my life, but if we don’t get a season two, then we don’t.’ But, at the same time, when we found out that we were canceled, I sobbed. I sobbed like my life was ending.” 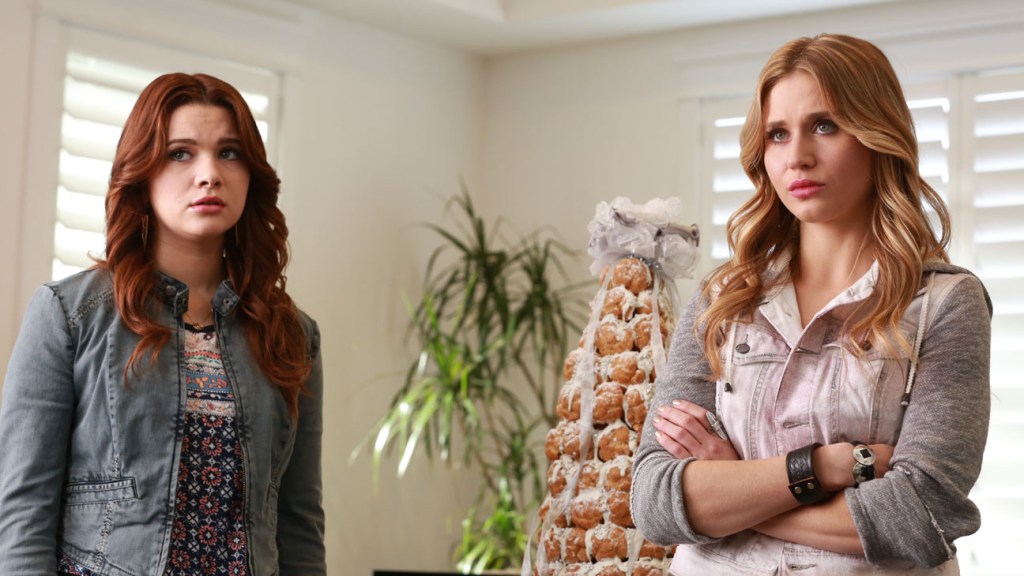 Not only was Faking It her first acting gig, it was also a show that tackled topical issues and amassed a large fan base of LGBT teens.

“Faking It was hard for me to let go of because I knew how many kids it helped,” she says. “These kids’ stories that we were telling…. I got so many heartbreaking messages of like, ‘This show helped me, and now I feel like there’s not something like this for me to watch to get past this.’”

Getting past the experience was difficult for Stevens, because even with a three-season series under her belt, she wasn’t fielding offers left and right.

“It was a really scary thing, especially because Faking It was my first thing ever, that you’re then going into these general meetings where you’re meeting with casting people from different networks, and you’re pitching yourself to them. You’re sitting there, and it’s kind of an impersonal thing. [You think], ‘Oh, this person could give me another career. This person could give me another show, or a movie, or whatever. I have to be impressive. I have to be this.’ And you wind up not being yourself.”

But after a successful meeting at Freeform — and an audition for The Bold Type that Watson says made her cry (in a scene that was ultimately cut from the pilot) — the actress found a new home.

“[The networks] have similar audience, so I feel like the transition from having my fans cross over from one to the other [was easy]. But also, I love getting to play my own age, because I feel like I am similarly going through the things my character is going through in terms of trying to figure out what I’m doing in my life on a day-to-day basis,” Stevens says.

“I don’t get to be a part of the LGBT story in this show, but I get to be the captain of the ‘ship,’” she jokes. Stevens also loves that Jane and her friends Kat (Aisha Dee) and Sutton (Meghann Fahy) are a positive portrayal of female friendship. “[On shows like Gossip Girl], these girls are always stabbing each other in the back,” Stevens says. On The Bold Type, the women fight in a much more grounded way — and make up the next day.

“That’s what my female friendships in my actual life are. I don’t stab my friends in the back and then expect them to forgive me the next day. That just seems very unrealistic,” she notes. 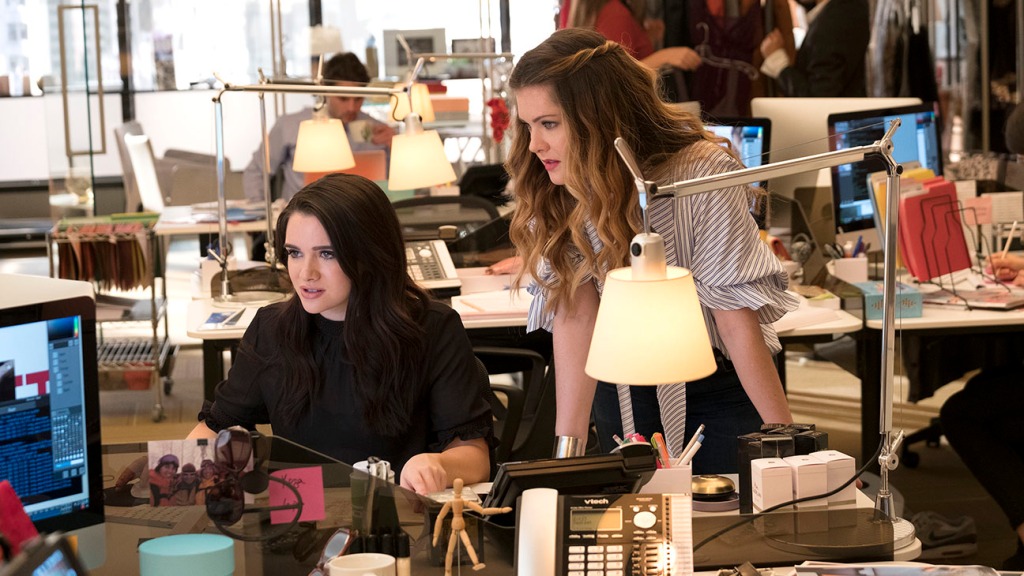 Stevens has close groups of girlfriends everywhere she’s lived — Connecticut, Los Angeles and now Nashville, where she lives when not filming (The Bold Type shot in Montreal). She travels back and forth between Nashville and L.A. for auditions, but is happy to be able to leave work in California.

“I’m able to go back to my reality and my home and have my chill life with my dog and my boyfriend and my cute house,” she says. And since she’s living in a live music mecca, she’ll even play a show every now and then.

“I’ve learned the guitar and I play out sometimes, just to get that creativity out.… I have fallen in love with country. And what’s funny is Simon Cowell, when I was on American Idol, always said that I should do country. So, I mean, I’ll let him say ‘I told you so.’”

Stevens sang on Faking It and co-wrote all of her character’s songs with Covington while simultaneously starring in Cruel Intentions. But right now, she’s not interested in Broadway (“never say never. I would love to do Broadway,” she says — in the future) or a music career.

“I am a perfectionist, and I also like to give 110 percent to everything. And I found that, when I was trying to act and sing at the same time, I was spreading myself too thin, and I wasn’t giving all of myself to either one,” she says. “Right now, I would love my next thing to be a movie. So, I’m really kind of pushing for that, and moving toward that, hopefully.”

Covington, meanwhile, sees a long future for the actress.

“I think people misunderstand that when you have that attention [she had on Idol] and then it’s taken away, how hard that is to keep at it and persevere and she really did,” he says. “I think she’s going to continue to break out until she’s hopefully thanking me in her Emmy speech.”