Ahead of the launch of Joel McHale’s topical Netflix show, The Joel McHale Show With Joel McHale, the streaming giant is setting the weekly series’ first guests.

The premiere episode, which will debut on the platform Sunday, Feb. 18, will welcome Kevin Hart as a guest, with appearances by Alison Brie, Mike Colter, Paul Reiser, Jodie Sweetin and Jim Rash. McHale, the former host of The Soup, and his series will take a sharp, absurdist look at pop culture, as well as news from around the world.

The streamer released a trailer for the show, which — in addition to hosting celebrity guests — features a mix of comedy sketches and insane video clips from the internet. In the clip, McHale makes jokes as he finds himself covered in projected images of male genitalia.

“You guys just superimposed a bunch of dicks on me, didn’t you?” the former Community star jokes in the video. “Mature.” Watch the teaser, and check out the show’s key art below. 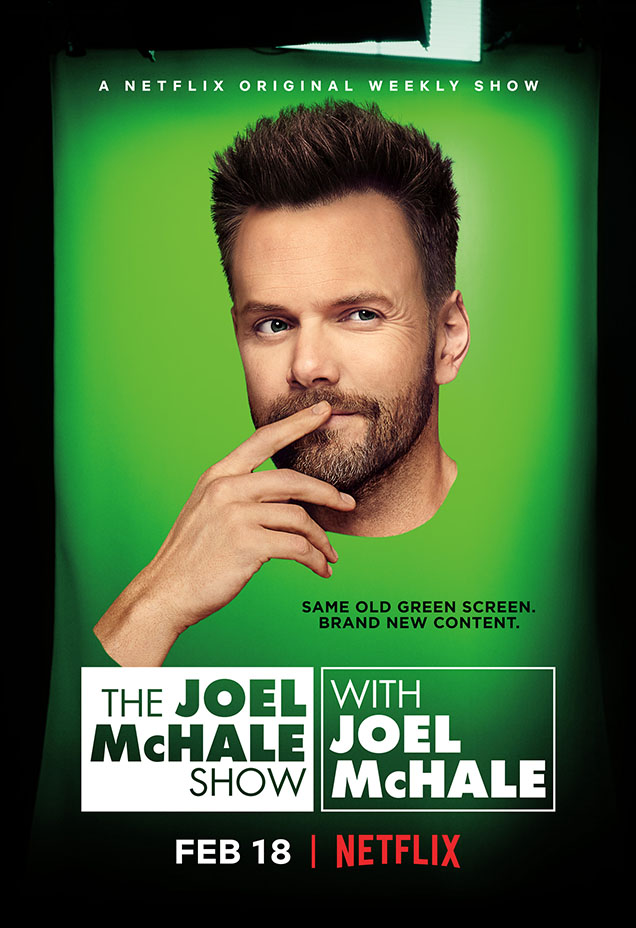