When House of Cards returns for its fifth season, it will be with a new commander-in-chief.

No, Kevin Spacey’s President Frank Underwood hasn’t yet lost his fight for the White House when the new episodes launch on Netflix, but the forthcoming season marks the first under President Donald Trump.

In light of the current political climate, the discussion of keeping the political thriller topical was a hot talking point Monday at an FYC event for the series and its star and executive producer.

“We managed to thread that needle every season,” Netflix content chief Ted Sarandos, who moderated the event, told The Hollywood Reporter. “It’s almost crystal ball-ish. Some of the storylines are obviously developing well before they’re happening in the headlines and it just tells you how fluid the market is. And the world is not expecting anything but absurd yet it’s totally grounded.”

Added Spacey, “We never really worry about keeping it topical and current. It’s never something that crosses our minds. We just try to remain true to what we’re trying to do. One of the most important aspects for me is to just to not go where people think we’re going. To continually have the show go down different paths and open up different doors and not end up being predictable.”

Throughout the panel, Sarandos pointed out that since the show’s inception, viewers have found parallels between the scripted drama and the real world. Many have compared Frank Underwood and his wife Claire (Robin Wright) to Bill and Hillary Clinton.

“We felt very strongly we did not want people to think that’s what we were up to,” Spacey said. “That was never our intention to play into the real world of politics. We wanted to be an alternative universe. And it may be a universe that some people prefer.” 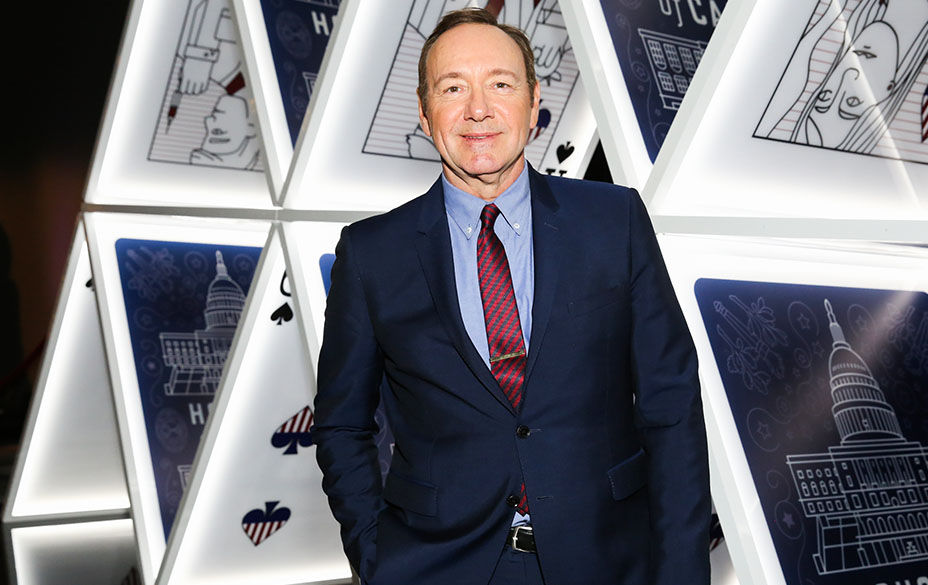 One intentional difference Spacey and series creator Beau Willimon included was to make Underwood from South Carolina in order to differentiate his accent to Clinton’s, who hails from Arkansas.

But just because the series has always intended to differentiate between Underwood and Clinton, that doesn’t mean Spacey isn’t up for doing an impersonation of the former president.

Spacey delivered his best Clinton impersonation onstage to a slew of laughs, saying, “I love that House of Cards.” (Other impersonations the actor whipped out during the panel included that of his idol, Jack Lemmon.)

Sarandos pointed out Spacey’s skill and reminisced about how Spacey got into character as Underwood right at the show’s very first table read. The secret to stepping into the role of Frank Underwood for the first time? “A really good joint,” the actor joked.

Sarandos and Spacey also looked forward and addressed House of Cards‘ future as it heads into season five. “If the people embrace the show like they have for the past four seasons — and there’s no reason to believe they won’t — then absolutely,” Sarandos said. “It’s an incredible world, it’s self-refreshing in terms of election cycles and people coming in and out of the world. I think they manage to keep it fresh every season, just the way politics remain fresh every cycle.”

Spacey shared that sentiment when asked about his future involvement. “As long as we feel there is more runway for us to tell the story, more places that we can go and continue to have the fun we’re having and as long as our audiences are having an equal amount of fun. I’m still having the time of my life.”

Season five of Netflix’s House of Cards premieres May 30.