Continue to The Hollywood Reporter SKIP AD
You will be redirected back to your article in seconds
Skip to main content
May 26, 2019 6:00pm

[This story contaiins spoilers for the second-season finale of Killing Eve.]

After a twist-filled second season, Killing Eve has once again left fans with a shocking cliffhanger.

Sunday’s finale ended with Eve Polastri (Sandra Oh) left for dead by her erstwhile ally, potential romantic partner — and, oh yes, deadly assassin — Villanelle (Jodie Comer). But not before viewers saw Villanelle imagining a life for herself and Eve, living together in Alaska, far from the intrigue of their European escapades.

“We’ve sort of toyed with whether or not they’d do a Thelma and Louise, but then we go, well then what do they do?” executive producer Sally Woodward Gentle told The Hollywood Reporter. “I think Eve would very quickly realize that she had been deluding herself about the reality of what that life would actually be, and I personally don’t think that Eve would ever go with her.”

Woodward Gentle also discussed the unexpected events of the season finale and where the series goes as it heads into a third season.

Despite how much of a fan favorite coupling the pair are, Eve realizing that Villanelle wanted a broken, damaged version of her was a powerful moment. Was that a big revelation for Eve? And what does it change in her head?

Yep, yep. I really think that it was. That was something that [co-showurnner and head writer] Emerald [Fennell] worked really hard on with Damon [Thomas, the director] and with Sandra and Jodie of sort of make that moment feel as real and as immense as possible. Because that’s the difference between being a psychopath and being a human being, and I think that’s quite existential. That’s a huge moment to realize that you’re actually layered, complex and no way near as reductive as Villanelle has fantasized that she is.

Of course, the big shock here is Villanelle apparently shooting Eve. It’s a reflection of the end of last season but feels more final. How early on did you know this would be the outcome?

I can’t remember exactly, but it was quite early on because we always knew that we were working toward this moment where Villanelle would con Eve into killing someone and Villanelle would think that it was going to be this massive romance where they’d ride into the sunset. 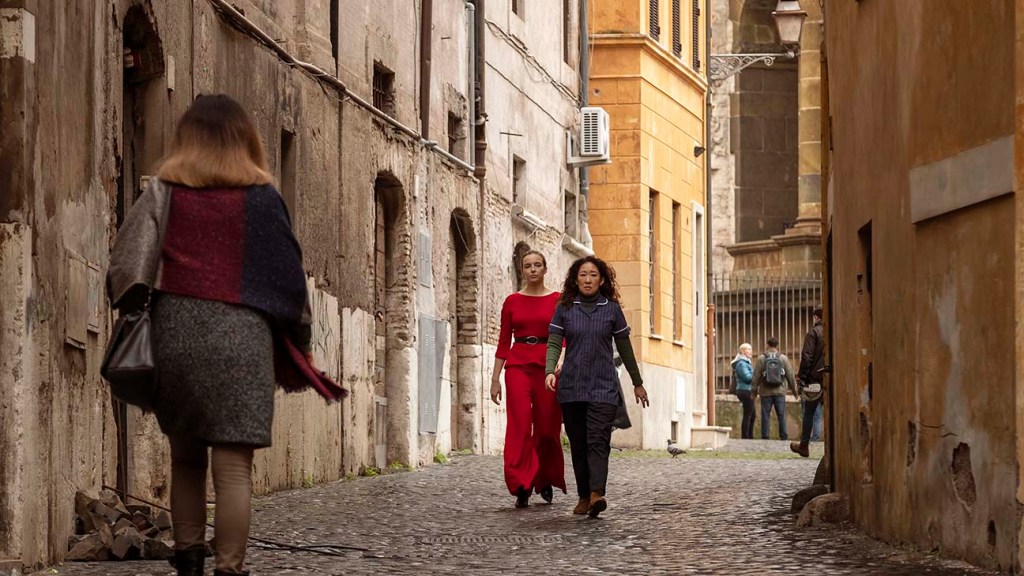 Let’s talk about that seemingly massive reveal in the cold open: How did you decide that’s how you wanted to cement Aaron Peel (Henry Lloyd-Hughes) as a true sociopathic killer?

We really wanted a moment that showed just how much of a dangerous boy Aaron truly was, and we’d had a conversation about whether there’s actually anyone more dangerous than Villanelle and what that might look like. Because when she’s in that role as Billie, does that make her more vulnerable? And if she’s then put in a dangerous position and has to break her cover and turn back into Villanelle, what happens? It’s dangerous for her when she’s Billie, but if she flips out and becomes Villanelle again then, as we saw, Aaron has absolutely no chance.

That’s definitely something that Emerald wanted to play with this season. To have a guy who already had a sense of entitlement but is now working in a world where he can sort of manipulate everything to your end amplifies that entitlement to 1,000. We also wanted to play with the idea of Villanelle belonging to him, something that was a commodity that had no humanity to him. He wanted her to explore the sensual extremes that she opens for him. At the same time, those terrify him though as he’s incredibly controlling. The theme of controlling men is something that definitely runs through this season in a way that it didn’t in the first. There we didn’t really explore the political idea of men, but here Emerald definitely politicized that.

Before that massive twist, the season really feels like it’s been building up to Eve and Villanelle versus truly evil men. Why was that thread one that you and Emerald were so keen to explore this season?

It wasn’t a conscious decision or reaction to the things that are going on, but I think that Killing Eve does give you — and this is something we were talking about for season three — it’s a vessel to explore big ideas and politicize them with a little “p.” Because the characters are really complex and quite gray because of their moral outlook, you don’t have to be too tub-thumping about it and can just have fun while pushing stuff to the extremes. If it gets too obviously, overtly political, I think it’s going a bit wrong.

With Aaron dead the women face down Raymond (Adrian Scarborough). It seems like a twisted sort of girl power moment as Eve kills Villanelle’s misogynist handler. Why was it key that he was Eve’s first kill?

Do you know what? I don’t know. I’m sure we could work it out if we analyzed ourselves, but actually, I think we liked the notion of it because he was so horrible. He taunts Eve and Villanelle and he’s completely sadistic, and we wanted to create a moment where you’d cheer at the end of it. If Eve is going to kill anybody, you have to think about what it’s going to do to her. It shouldn’t be about emotion, she doesn’t feel anything for him, so it is all about what the action of killing another human being does to her, and the impact that has. So I think that’s probably why it happened. 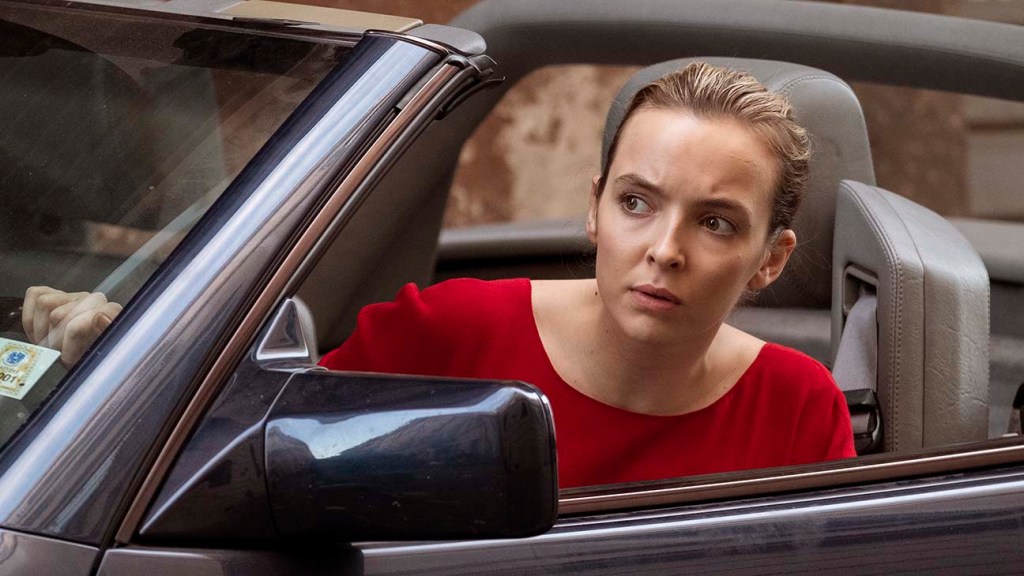 Eve was obviously shocked by the realities of Carolyn’s (Fiona Shaw) plan and the ramifications of being used by MI6 — where’s her head after that conversation?

I’d love to know what Sandra was channeling when she was playing that, because I think for quite a long time Eve was fooling herself that she could control Villanelle, that everything she’d been through with Villanelle was actually for the greater good. And that made her feel all right with herself that she was flattered by the attention of this incredible being.

Then the fact that Carolyn made her complicit in roping Villanelle in and letting her go to Rome without much protection was her great undoing, and her pride getting the better of her. I think at that moment, she realized that everything she thought was true wasn’t, including the idea of being able to control a sociopath. It’s also tough for Eve because what Villanelle reminded her was that she is an incredible, vital woman, because that had been beaten out of her through circumstance.

With season three already announced with new showrunner Suzanne Heathcote, can you say what can be expected when the show returns?

I can’t really, but I will say what excites me about the show is that you should, every season, be able to do something that feels bold and different from the one before and you can explore big ideas. Plus the fact that you can kill so many people means there’s always space to bring in brilliant new people, so you should constantly be surprised by who might end up dead!

This interview has been edited for clarity.