With the second season of Killing Eve now available, viewers are reacquainting themselves with the characters that made the series compelling. Though Eve (Sandra Oh) and Villanelle (Jodie Comer) might be the stars, the breakout is undoubtedly Fiona Shaw’s delightfully deceitful M16 agent, Carolyn Martens.

Her acerbic wit and unpredictable nature has made her a favorite among viewers. The Hollywood Reporter spoke to the actor about being “unstable” and the necessity of “evolved” female characters.

Killing Eve has been lauded for its female-led spin on the spy-thriller genre. But for Shaw, working with women is more of a shortcut than a radical statement. “I don’t think there’s a particular virtue in us being women except that, I suppose, inevitably, in the same way as men have a shorthand, women have a shorthand,” she says. “And we’re not so surprised at the bad behavior of women, whereas men would be shocked by it.”

It does have its perks though. “We’re the center of this universe,” she says.

Shaw’s work on Killing Eve is a world away from the roles of mother, doctor and caretaker she often gets sent. “I actually get stuff where some fella will write ‘And she has such a terrible effect on the protagonist that she drives him mad,’ and I think, ‘What about her? Who is she?'” she tells THR. “Why not have an evolved look that behind every evil mother there’s actually a person who’s navigating the world just as there is with a man?”

Bringing Carolyn to life has caused a shift in the way Shaw thinks about crafting a character. “I’ve actually changed the way in which I approached the whole thing,” she says. “And that’s been great fun, I think. Scary, but I’m very good at it. It’s all about, instead of being sure, making things unstable. I worry about it a lot, and then I don’t worry about it at all.”

When it comes to how that instability is shaping Carolyn in season two, there’s one key thing that Shaw finds invigorating.

“The thing about Carolyn that you’re seeing in the show is just the tip of the iceberg, because Carrie’s running a few desks, you know? She may even have another Eve,” she says. “I mean, it’s that big. There’s something kind of quantum about Carolyn. This isn’t her only plot — that’s what’s so terrifying, that sometimes this isn’t her most important plot.”

The appeal of Carolyn is built on the shifting sands of both her allegiances and the juxtaposition of the candid nature of a woman whose entire life is built on secrets. “She keeps pulling rabbits out of the hat, doesn’t she? She seems to always hold more information than anyone else. Carolyn is like one of those 400-year-old sharks. She’s entirely efficient and is willing to subjugate all sorts of human feelings for efficiency, but nor is she cold.” 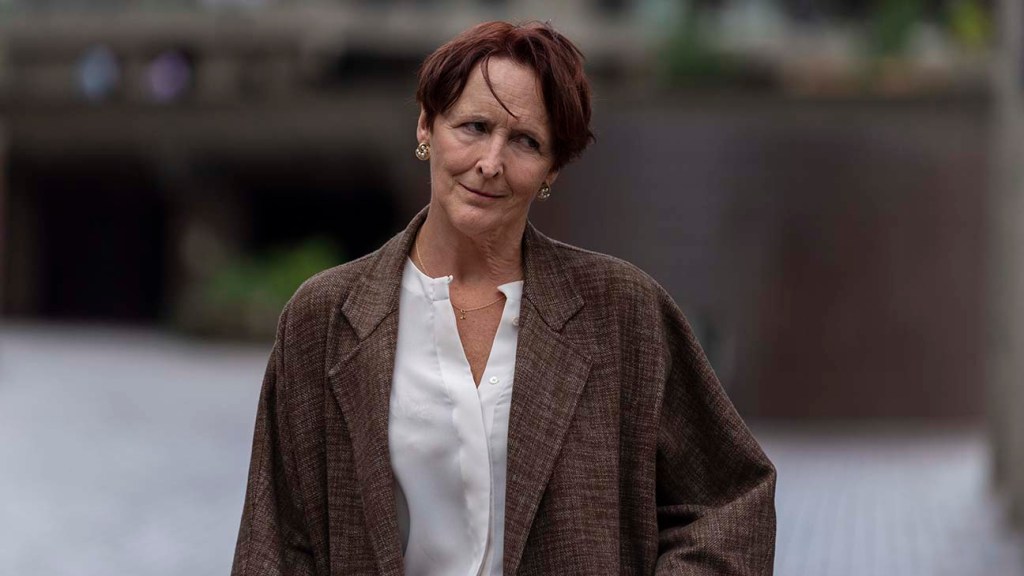 Carolyn’s mysterious and possibly romantic past with Russian agent Konstantin (Kim Bodnia) played a key part in season one and was another thing that set Killing Eve apart in that sexual entanglements focused on two people over 40 aren’t all that common on TV.

Bringing that relationship to life was something that taught Shaw another lesson. “You know, you play what you feel, and you can be surprised what you feel,” she says. “Maybe that’s true of all our stories. If you meet an ex-lover, do the two of you have the same memory about it, or do they differ?”

Shaw’s extensive work in theater has given her an intriguing theory about the success of Killing Eve and how it reflects an evolution in storytelling tropes.

“I think what happened in drama in the last 50 years is that the working-class hero took over from the upper-class hero, that morality is available to be owned by anyone,” she says. “Then we got the antihero, and I think we just never got to the antiheroine. Before this, we only had bad women and good women, old women and young women. But, actually, we’re just as complex as the boys, if not more so.”