A mainstay since the very first hour of the series, Niko parted ways with Eve specifically and Killing Eve at large the same way most characters do: violently, brutally killed in service of the story.

“In the writers room, we were trying to think of things that made each other gasp, or cover our faces and laugh with horror — anything that gets a visceral reaction,” season three head writer Suzanne Heathcote tells The Hollywood Reporter about killing off the beloved character. “That’s the challenge of a third season: what can we do to surprise the audience, while staying true to the world?”

'Killing Eve' Team Dives Inside That Emotional (and Violent) Reunion

The latest answer to that question: Niko’s death, which arrives in the climactic moments of “Still Got It,” the season three halfway point. Experimental in its relationship with time and structure, “Still Got It” sees Niko living in Poland, far away from London and Eve, returning to a simpler life delivering loaves of bread to his neighbors and fixing up local projects. As a means of driving a wedge between Eve and Villanelle (Comer), former Olympian and prolific assassin Dasha (Harriet Walter) comes to Poland, uses Niko’s phone to lure Eve along as well, then proceeds to stab Niko in the throat with a pitchfork all while Eve watches from an uncomfortably close distance.

“I really struggled with it because I love the character so much,” Oh tells THR about the plot twist. “I feel there’s a lot of dramatic unresolved potential in between [Eve and Niko, but] I can understand how it dramatically pushes the character and the story forward. It’s those two things: ‘What’s going to happen with them,’ and then, ‘Oh my god, is this going to kill her? Is this the straw that breaks everything?'” 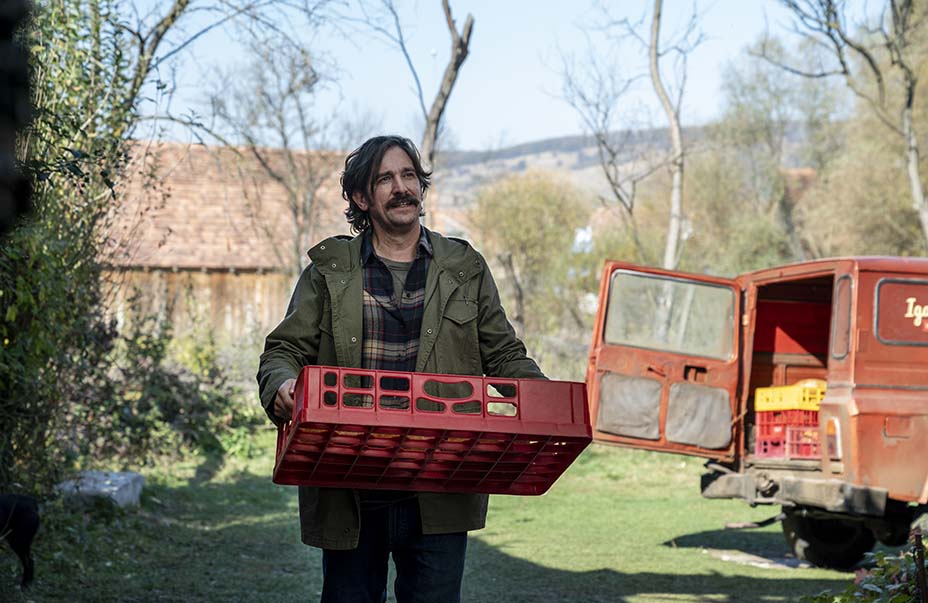 With Niko’s death, Killing Eve removes its second series regular from the playing field in only four episodes. First, there was the death of Kenny Stowton (Sean Delaney), Eve’s close friend, not to mention the son of cold-and-calculating MI6 operative Carolyn Martens (Fiona Shaw). Kenny’s death in the premiere has gone on to serve the greater season three storyline, reigniting the investigation into the shadowy organization known as The Twelve. How will Niko’s death impact the story for the back half of the season?

“It continues her motivation, but moving toward a more nihilistic way,” teases Oh. “While it was very hard to do, and there are consequences after that, it really does continue pushing Eve’s character and storyline into very different places.”

'Killing Eve' Team Breaks Down Deadly Season 3 Premiere: "No One Is Safe"

“Niko was a man on borrowed time,” adds executive producer Sally Woodward Gentle. “The amount of times he could have been killed by Villanelle…it’s quite a lot. But it’s quite tragic. He was somebody who held Eve to account. At the same time, that’s complicated by his own romantic feelings toward her. He can’t be as objective toward her as Kenny has been in the past. I suspect he probably always thought that their marriage would survive, but there was an inequality to it. When Eve’s brilliance is reignited both by Carolyn and Villanelle, I wonder if he thought that there was an inevitability to them separating — but I don’t think he saw them parting in this way.”

How will Eve view Niko’s departure? Will she immediately assume Villanelle was the one responsible for her husband’s death? If so, watch out, as Woodward Gentle teases: “Eve probably thinks she and Villanelle are at a place where if Villanelle killed Niko, it would be the end of them. She would wreak horrible revenge on her.” For her part, Oh is only willing to offer that season three will continue drilling down into the pain felt not just by Eve, but Villanelle as well.

“They’ve both suffered a tremendous amount of tragedy,” Oh says about the two Killing Eve leads. “Where do we go from here? Where’s the way out?”