Well, then. A certain South Park phrase comes to mind, doesn’t it?

Not to make light of a grim situation, but it’s the obvious line to bellow at the Killing Eve creative team at the moment — because they killed Kenny, Sean Delaney’s kind-hearted computer hacker, who has been a key member of the BBC America drama since its very first season. New head writer Suzanne Heathcote’s decision to kill off a beloved main character, who plunged to his death from a rooftop at the very end of the season three premiere, right away speaks volumes about what’s in store for Eve Polastri (Sandra Oh) and Villanelle (Jodie Comer) in the weeks ahead.

“No one is safe,” Heathcote tells The Hollywood Reporter. “It’s the reality of our show.”

The season three premiere picks up some time after season two, with Eve fully recovered from being shot in the back and left for dead in Rome — physically recovered, at least, as she’s at least still alive. Working at a restaurant in New Malden, England, Eve pours herself into her new job in the kitchen, trying to move on from the world of espionage. But she’s pulled back in by her old friend and colleague Kenny, the son of Eve’s former boss Carolyn Martens (Fiona Shaw). No longer working for his superspy mother, Kenny has a new job at a newspaper called Bitter Pill, where he’s once again investigating The Twelve, the shadow organization that employs the deadly Villanelle.

Estranged from each other due to the events of season two, Eve finally accepts Kenny’s olive branch and agrees to spend some time with him — but when she shows up at his office, she arrives just in time to watch Kenny’s body plummet from the roof, a traumatic act of violence destined to bring Polastri back into the world she’s so desperately tried to escape.

“Kenny’s death is such a large motivator for her in going back into the hunt,” Oh tells THR about the lethal twist and how it will impact Eve moving forward. “You see her orienting herself towards MI6 and towards Carolyn and what she represents, and towards Villanelle, and even towards this new group at Bitter Pill. You see her orienting herself in a much more independent way. She is the one in charge of the boat. She’s not struggling with that as much as we have seen in the past. In the second season, you really saw Eve overcompensating and trying to be in control, and you see what that got her. She was betrayed. She’s continuing to become her own woman by being the owner of her decisions. I’ve really always tried to grow her in this way, in that this is a story of a woman who gains agency over herself, that she really wakes up to it.” 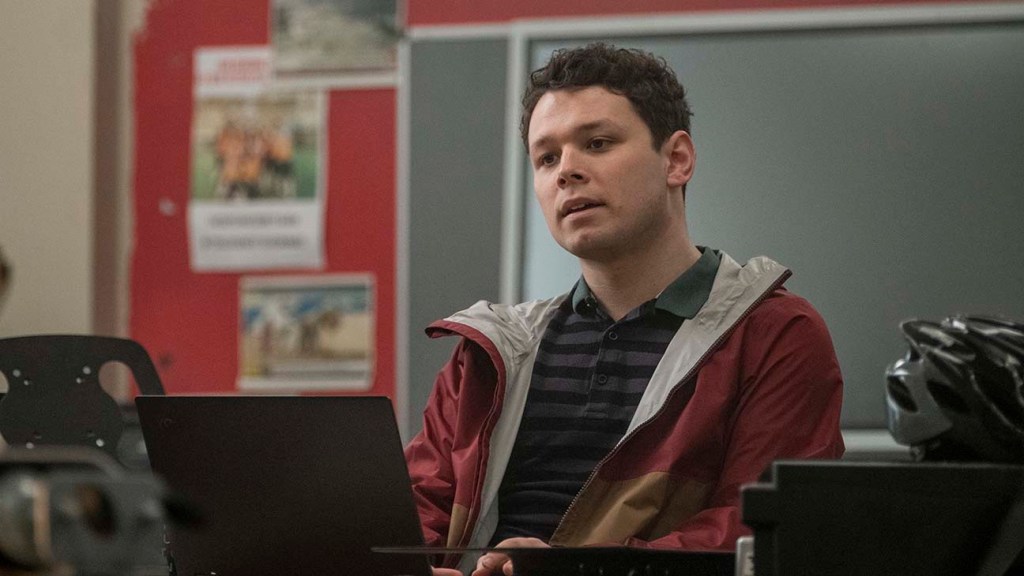 “He’s such a brilliant character,” she tells THR. “He was the only one who held Eve to account. It sort of made sense in a way that person would have to go in season three. We adore Kenny. We adore Sean. I think it’s because he has such life in him, it’s because he is such a good human being, it’s because he does see so much through everyone, that there becomes a sad inevitability that he has to go. And it does drive the story.”

Kenny’s death drives the story forward on a number of fronts, including Eve’s return to the center of the mystery. There’s also how his death impacts his mother, Carolyn, who very intentionally hides her emotions at all times; at one point in the series, she calmly chastised Eve, telling her she couldn’t exert too much rage at the risk of becoming sleepy. With her son murdered at the hands of the Twelve — or at least, very presumably due to his return to that investigation — Carolyn won’t be able to help but wear her emotions on her sleeve.

“Fiona and I talked at great lengths about it, the impact that Kenny’s death would have on her,” says Heathcote. “Carolyn is someone who would hate anyone to feel sorry for her, or think she wasn’t coping. There’s this ‘business as usual’ she feels she needs to maintain. It fuels her investigation into who could have done this. It’s a way of her feeling like she has some control over what happens. But the reality is, you’re not in control. You’re in grief. The conflict of that within her is what’s going to fuel her emotionally this season. I was very excited to write that storyline for Fiona, because I knew she was so brilliant, and this would enable her to play a lot of different nuances and colors — and yet, she can still keep it Carolyn. That’s the challenge, maintaining that.”

The other way in which Kenny’s death maps a clear path forward in season three: it brings Killing Eve back into the world of the Twelve in a very significant way, after spending most of the second season exploring the relationship between Eve and Villanelle, working and otherwise.

“There are a lot of unanswered questions,” Woodward Gentle says about the Twelve’s return to the core of the story. “Ultimately, they’re the ones who were responsible for the creation of Villanelle. They are a powerful force that’s exerted really destructive influence over people’s lives. Would Eve had gone back into that anyway, if Kenny hadn’t died? It’s a massive driver now for Carolyn, too. We may reveal in future seasons how involved or not she is in the Twelve and what their genesis is. But would she really have stepped back into that, if it hadn’t been for Kenny? She may have been pushed in a different direction by her job.”

Of course, given her place in the story and her name in the title, Eve and her reaction to Kenny’s death — how it will fuel her moving forward, and the choices it will force her to make next — will be front and center in the story.

“We really felt that after everything that had happened to Eve, all the damage that had been done to her life, we felt it had to be something enormously personal in order to bring her back in,” says Heathcote. “There was never going to be a professional reason good enough to do that. It would have to be something like a bomb going off, emotionally. That came in the form of Kenny. It’s because he’s so beloved and because he’s such a great character that it has such an impact.”

Indeed, Kenny is so beloved as a character and Delaney as an actor within the Killing Eve family that not even death will necessarily keep him away from the story. As Woodward Gentle teases: “He’s such a great actor and such an amazing member of the team. You may spot him again in later episodes. “