Midway through the first episode of On Becoming a God in Central Florida, Krystal Stubbs — the central character played by Kirsten Dunst — tells her husband, Travis (Alexander Skarsgard), “I won’t be poor again.”

The line serves as something of a mission statement for Krystal, a water-park employee who’s pushed by circumstance — and often against her better judgment — into the upper echelons of the cult-like pyramid scheme that consumed her husband. The series also lets Dunst show off her comedic chops, while always maintaining Krystal’s core of determination to hold on to what she’s earned.

“She’s like a survivalist,” says Dunst, who is also an executive producer. “She has a daughter to take care of, so she’ll do whatever she can not to put her in that position that she was in as a kid. So to me this really is a story about a single mother.” Dunst, 37, spoke with THR about On Becoming a God’s long road to Showtime, what drew her to the character and how she chooses material.

This show had a very long and multi-stop development process. What was your perspective on all that as a producer?

It sat at AMC for a while. I think they changed hands. They were going in a new direction. So when it finally did find a home [at YouTube Premium], it was kind of great because they let us do whatever we wanted, which is really nice that we weren’t in a place where everything was so nitpicked. And then when Showtime picked it up, I was so thankful because it’s a platform that people have, and I like that it comes out once a week. It found a home that could promote it and be proud of it and now go on a second journey with us.

What was it about this character and this story that drew you in?

I thought the pilot [written by Robert Funke and Matt Lutsky] was so weird and funny, and it was oddball enough but felt grounded as well. I thought that if I was going to commit myself to a TV show, she’d always have to be a fun character to play. And I love doing comedy, too.

People tend to underestimate Krystal, and it’s clear from your performance that she’s registering that. What is playing through her mind in those moments?

I feel like she doesn’t want to be defeated, and she knows her value more than the people who are talking to her sometimes. To reach her full potential, she has to step on people, you know? The marketing of the show sold it as more of a comedy, but there are some pretty dark moments in it as well. It’s an interesting show in that way. That’s why I was drawn to it. You feel for these people, but they are also really weird, interesting people to watch. So I think the comedy comes out of the drama, obviously. Some of those circumstances are so ridiculous. 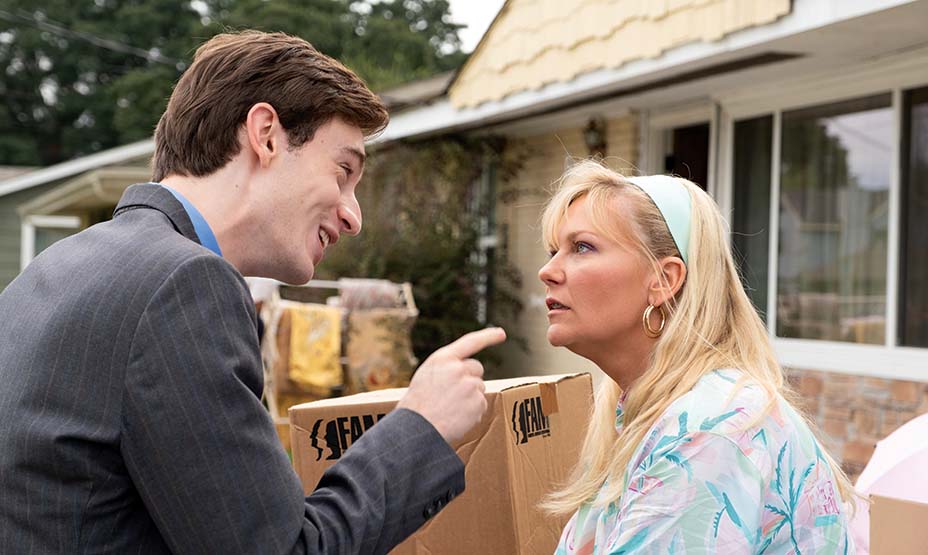 Have you talked much about what’s coming up in the second season?

The writers room has started, so they’re going to pitch me. I know one thing, but it’s a surprise. I have a feeling that as the series progresses, she’s probably going to become what she hates and get a little power hungry, money hungry.

How are you choosing roles these days?

For me it has been very director-driven, so it’s less about the [script] when it comes to films and more about the director. There are just so many good scripts that aren’t well made.

That Reuters headline when you got your star on the Walk of Fame, about you being best known as Spider-Man’s girlfriend — I know the reaction was pretty swift with people coming to your defense.

It was kind of amazing. I was like, great, thank you, guys. And also they didn’t even spell Spider-Man right — there’s a hyphen in there. It was just a very — you know, whatever. And to be honest, I’m not scrolling through Twitter in my time off. You know what I mean? So I would never have seen it had there not been a reaction and then [I was] asked about it. But it was very nice that people came to my defense.