Showtime is ready to revisit The L Word.

Eight years after wrapping the show’s six-season run, the premium cable network is developing a sequel to the groundbreaking lesbian drama.

A search is underway for a new writer to serve as showrunner and bring a fresh take to the project. Sources note Showtime is looking for someone with ties to the lesbian community to document how their relationships, lives and experiences have evolved — as well as what has and hasn’t changed since the show launched in 2004.

Series creator Ilene Chaiken, who recently renewed her overall deal with 20th Century Fox Television, is on board as an executive producer. (Her commitment to serving as showrunner on Fox’s Empire prohibits her from having a larger role on the L Word sequel, should that move forward at Showtime.)

Chaiken will be joined by original series stars Jennifer Beals (Bette), Kate Moennig (Shane) and Leisha Hailey (Alice), all of whom will executive produce. Should the sequel move ahead, the trio would appear on the reboot with their respective characters helping to connect to what is said to be a new ensemble of women, with viewers following their lives, loves and tribulations. Other characters from the original series — which included fan favorite Erin Daniels (Dana), Laurel Holloman (Tina), Mia Kirshner (Jenny), Sarah Shahi (Carmen) and Pam Grier (Kit) — may appear in a potential new version. 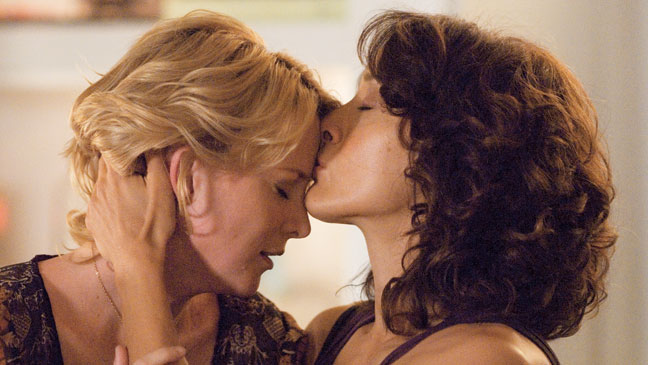 The L Word bowed on Showtime in 2004, a year before the cabler’s Queer as Folk wrapped its five-season run. At the time, both series were hailed for their groundbreaking portrayal of the gay and lesbian community. Queer as Folk and The L Word were the first U.S. dramas to revolve around the lives of gay men and lesbians, respectively. Both shows continue to be hailed for their realistic portrayal of the communities, and they helped provide representation on television that inspired a new generation come out. The success of both series ushered in a new era of LGBT visibility on the small screen that helped pave the way for such shows as Will & Grace, Queer Eye for the Straight Guy, Looking and The New Normal, among others.

'Queer as Folk' Reunion: Creators Talk Early Obstacles and a Potential Reboot: "We'd Be Open To It"

Set in the gay mecca of West Hollywood, The L Word earned multiple GLAAD Awards, as well as NAACP Image Award nominations for Beals and Grier. The series kicked off with Jenny’s arrival and followed her friendships with a group that included married couple Bette and Tina as well as their friends Shane, Dana and Alice. During its run, the drama included storylines about equality, legal marriage and benefits, and HIV/AIDS, as well as a transgender storyline that saw Daniela Sea’s Moira transition to Max in an era well before Amazon’s breakout Transparent.

A potential sequel of The L Word comes years after Showtime developed and ultimately passed on a spinoff, the prison-set The Farm starring Hailey. Since then, network topper David Nevins revived the franchise, originally developed by his predecessor Bob Greenblatt, as a racy docuseries, The Real L Word — which ran for three seasons — and then a one-off documentary.

Speaking with The Hollywood Reporter in 2013, Chaiken pointed to a “dearth of representation” for lesbian-themed stories for the franchise’s longevity and stressed the recent gains the LGBT community had made at the time as a reason for continuing it in documentary form. In the years since, same-sex marriage has become legal in a number of countries — though some still persecute gay and lesbian citizens.

A sequel to The L Word comes as reboots continue to be in high demand as broadcast, cable and streaming services look for proved hits with built-in fan bases in a bid to cut through a crowed scripted landscape of more than 450 originals. Showtime is in the midst of its Twin Peaks revival and NBC is bringing back Will & Grace for another season, while Netflix is also looking to put a new spin on unscripted hit Queer Eye for the Straight Guy. (The creators of Queer as Folk, meanwhile, have also said they’d be interested in revisiting their series.)

For her part, Beals is a series regular on NBC’s recently renewed Taken and next guest-stars in Amazon’s The Last Tycoon; she is repped by APA and Red Management. Moennig is a series regular on Showtime’s Ray Donovan; she is with Paradigm, Framework and Schreck Rose. Hailey recently guested on Silicon Valley, Code Black and Bosch; she is repped by GEF Entertainment. And Chaiken, who also is credited as an exec producer on Hulu’s The Handmaid’s Tale after she originally developed the drama for Showtime, is with WME and 3 Arts.

Ilene Chaiken on the 'Grittier' Evolution of 'The Real L Word'