Will Forte told The Hollywood Reporter back in May that if The Last Man on Earth’s season-three finale would have to serve as the series’ finale, it would make for “the worst series finale of all time.”

Luckily for the Fox show’s creator and star, the apocalyptic comedy has been renewed for season four and, with Sunday night’s episode, has brought a whole new heap of trouble for Tandy (Forte) and company.

The premiere catches up with the group as they head to Mexico onboard a yacht (though no one knows how to drive it). Pamela (Kristen Wiig) shows up just in time, shooting Pat (Mark Boone Junior) just before he attacks the crew. Then, introducing them all to her dear friend “Rear Admiral Roy Phillips,” viewers get a glimpse of the one and only Jack Black just seconds before he is shot by a wounded Pat, continuing the show’s expanding tradition of welcoming famous guest stars only to kill them off within minutes (see: Jon Hamm in season three).

'Last Man on Earth' Finale: Will Forte on Its Uncertain Future and Nuclear Ending

Tandy assures everyone that Pat is truly dead, declaring “time of death: 3:18” (with no wrist watch to prove it), and they hold yet another funeral for a short-lived character portrayed by a high-profile guest star.

After they throw the dead body overboard, a pregnant Carol (Kristen Schaal) describes their situation to Melissa (January Jones): “We have a 2-day-old baby on board, I’m about to pop and there’s a nuclear dust cloud hot on our tail. The whole situation is “M.U.B.A.R.”: messed up beyond all regular standards.”

And then, making matters more complicated, Pamela starts to cause a rift in the group, so Carol convinces a few of the groupmembers to cut her loose when they hit dry land …. if they hit dry land. After a minor anchor mishap, they’re lost. And once they finally find land, the group is mostly aboard the dinghy to go ashore when Pamela hits Tandy over the head, knocking him out and leaving the rest of the group to float away.

Just as they float up to the island and safety is close at hand, the last thing seen onscreen is the back of a man as he looks out to sea. Who will this new mysterious stranger be?

'Awards Chatter' Podcast — Will Forte ('The Last Man on Earth')

Forte spoke with THR about the group’s new island locale, what to expect with babies coming into the picture and his plans for future guest stars: “They will definitely not be killed right away. Well, we do reserve the right to kill them eventually.”

Let’s get to the big moment of the premiere. How did Jack Black’s appearance happen?

He is somebody who is one of my comedy heroes. I’ve been fortunate enough to get to work with him a couple times. I was a writer on the MTV Movie Awards way back in the day when he hosted, then he hosted SNL a couple of times when I was there and I’ve done his Festival Supreme, so we’ve kept in touch a little bit throughout the years. And he’s just the most delightful person there is. He had always told me that he watches the show, so I thought I might as well take a crack at it and see if he would be interested in doing this, because it’s always fun to have fun big stars on the show and kill them immediately. And this seemed like it was in the vein of something he would appreciate. And when we asked, he emailed back so quickly — he’s just the best. I’m so excited about it. I wish it could be a longer stint, but to get him even for a brief moment is a real honor.

So the group has said a quick goodbye to the Rear Admiral, and they have Pamela, the newcomer, on board. What is the plan for Kristen Wiig’s character now?

The plan with Kristen was always just to figure out a way to have as much fun with her as possible, and we batted around a bunch of ideas. This seemed like a ton of fun, and the situation we’ve set out gets really fun, because it really is from a selfish standpoint I get to have a bunch of fun stupid scenes with her. They were so much fun to make and it seems like they turned out just as fun to watch, or I’m hoping people feel like that. 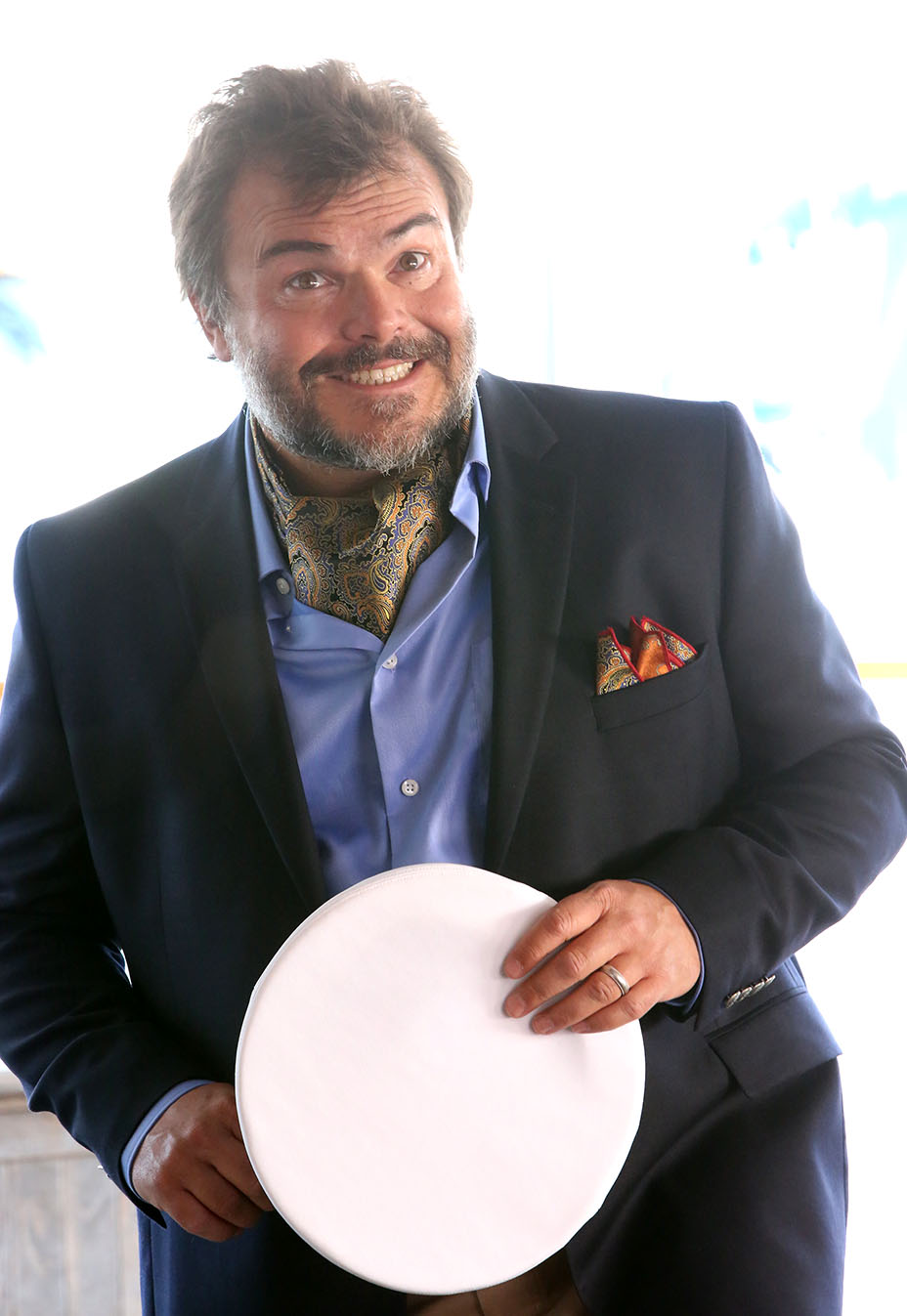 At the end of the episode, we see that there may be someone on the island they’ve accidentally discovered. What can viewers expect with that new twist?

Oh, this is somebody I’m excited about also; I can’t say who but I’ll say it’s another one of my comedy heroes. Eventually the group meets up — I can’t say how — but it’s really fun to get Kristen Wiig and this new character together. They have a pretty fun storyline we’ll get to see.

What about filming on a boat and then a deserted island? What were the challenges there?

It’s a pretty classic stranded-island situation, but we do still have quite a bit of boat in our future. It was not incredibly fun to shoot it sometimes because all the boat stuff is such a pain in the butt. If you’ve ever heard the stories about filming Jaws, it’s such a pain. We always planned to get off the boat, but once we got off, everyone was really happy on set. Some people got seasick. It’s just really tough because so many factors, you can really control stuff when you’re on a stage or on solid ground, but when you’re on the ocean sometimes the anchors won’t set and then that’s a whole new issue, or the boat has to reposition. And then one day there was a SpaceX rocket landing somewhere in the Pacific, so they had this enormous docking barge, so we had to pull up anchor so it could get by. And that’s hours we lose. The story turned out exactly how we wanted it to, but it took awhile, and once we got back to dry land, our first episode back was in 112-degree weather (laughs). Everyone was like, “Wow, I never thought I would want to be back on that boat.”

What about shooting the show with a kid and now baby onboard?

Yeah, Erica’s got the new baby and Carol is set to give birth very, very soon, so a lot of that affects things. We have one episode that’s especially just all about Carol’s birth and it is …. well, you’ve never seen a birth like this, I’ll just say that. It’s a pretty fun moment. And then the babies are a part of life, and in a lot of ways that’s what the show’s all about — it’s trying to keep the human race going, it affects everybody. Tandy — he’s trying to be a less of a dipshit and I guess he’s always trying, but he doesn’t always succeed. Carol is going to be a very interesting mother but a good mother. I’m interested to see how those two handle that pregnancy and parenthood stuff. 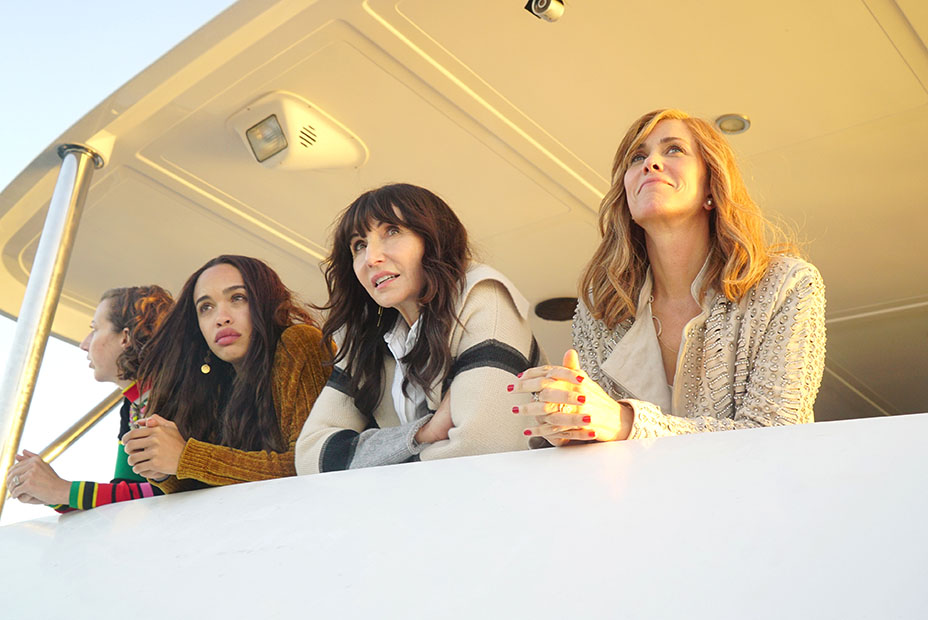 What about other guest stars? You have Wiig and the mysterious island guy — do you plan on introducing anyone else new?

We were lucky to get Kristen for as long as we got her, so eventually we will have to say goodbye. We really take advantage of them and the time we have with them. I would love for both of them to be in the show forever, obviously, because they’re both incredible actors and wonderful people, but we had them stay for as long. New guest stars will be coming in and out — we have very fun ways to introduce a couple new people. We hope they can stay around for longer, like Kristen Wiig, and not get killed right away. We are planning another stand-alone episode, too, where we can introduce one of them, very much like the Kristen Wiig episode, or the Jason Sudeikis episode. They will definitely not be killed right away. Well, we do reserve the right to kill them eventually. 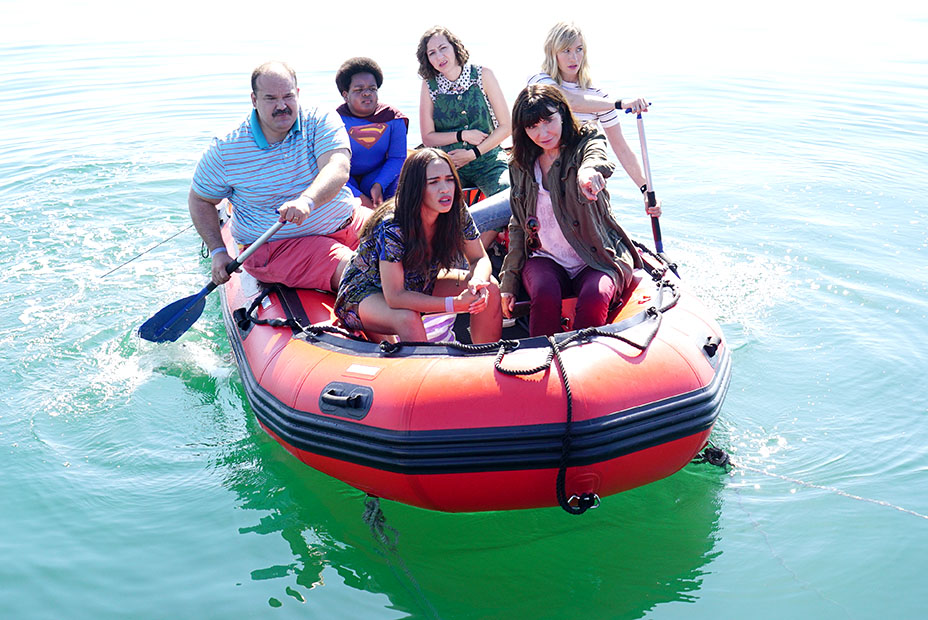