This catchphrase begins Tandy’s (Will Forte) quest to become a feminist in the latest episode of Last Man On Earth, after finding himself surrounded by strong women once his twins are born.

Following the addition to Last Man on Earth’s baby brood, the group, now installed in a home in Mexico formerly owned by a cartel boss, becomes restless. While Tandy gets to know the new babies, Carol (Kristen Schaal) feels left out of her growing family when Erica (Cleopatra Coleman) and Gail (Mary Steenburgen) decide to get married. Tandy officiates the wedding, where he literally breaks a glass ceiling to express his support in women breaking glass ceilings in a more general sense.

Despite Tandy’s protests that he is “super pro-lady,” Carol, Erica and the appearance of the new babies convince him to change his ways, starting with his male-dominated language habits that include calling everyone “guys.” His promise: “What’s got two thumbs and a deep respect for gender equality? This gal.”

Meanwhile, Carol spends the episode upset with her “officially notarized” mother Gail, who seems to be spending more time with the unofficial-but-loved Dawn, Erica’s daughter.

The turbulent episode for Carol also marked Schaal’s directing debut on the show. The actress told THR that she especially liked directing Tandy’s story arc in this episode because his mission toward feminism is “coming from him really trying to do the right thing, but it’s just so over-the-top that it’s a little bit wrong.”

“With everything, I think Tandy has the best intentions, stumbles around, and we’ve found that as long as his heart is in the right place, people will begrudgingly go with him,” Forte said. “So he’ll still stumble through his version of being the best person he can be, but it’s certainly not without minor and major obstacles along the way.”

Richard Blomquist, the episode’s writer and Schaal’s husband, told THR about the origins behind the episode’s focus on language habits: “Misogyny is hardwired into the way we talk. Mankind. History. Broccoli. Why not ‘sister-ccoli‘?” said Blomquist. “It seemed like a perfect opportunity to use Tandy’s dumb wordplay powers to affect positive change.”

Forte said he thinks this feminist change will last for Tandy too. “If we go 10 seasons, hopefully I will never say ‘guys’ again, I’ll only say ‘gals.’ I do think in a macro way it changes him as a person. I hope it will stick.”

Schaal spoke with The Hollywood Reporter below about directing her first episode, Tandy becoming a feminist and Carol’s possible “unraveling.”

So let’s start with you going behind the camera for the first time on this show. How long have you wanted to direct an episode?

I decided around season two that maybe I’d like to direct an episode, which was really scary to say out loud, but then I was like “if it scares you, do it more,” so I started saying it more. And I started shadowing directors in season two and season three, so after that I wore Will [Forte] down and he said I could direct.

Did this episode in particular stand out to you?

What I really needed was an episode after a hiatus week so I could prep for it. But the fact that [my husband] Rich wrote it, I don’t know if that was an accident or on purpose, but I was really happy that we got to work together. 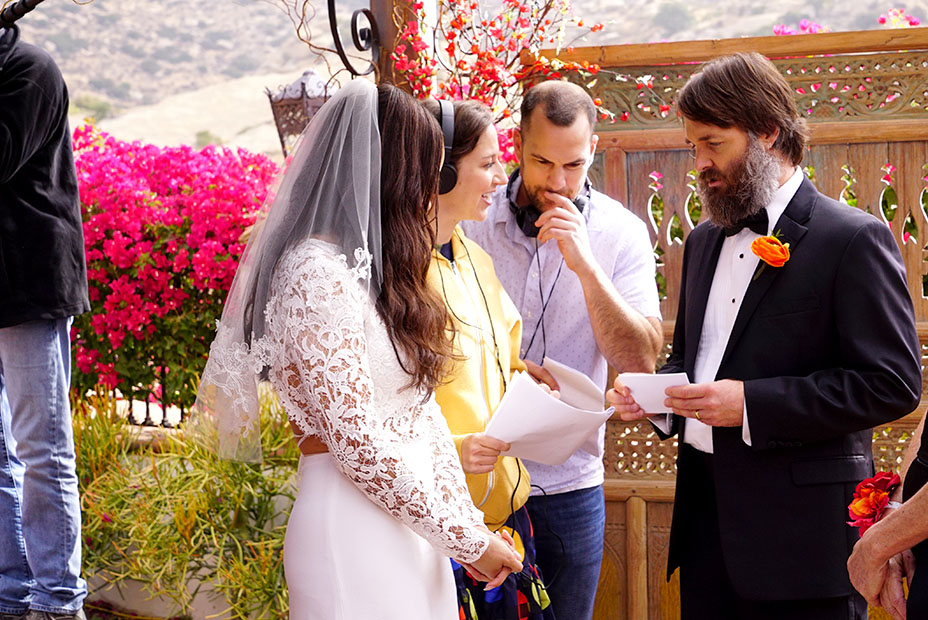 What about Tandy becoming a feminist? Why do you think that’s an especially important story here?

I think it’s a really good highlight of Tandy, because it’s one of those jokes that I appreciate because it’s coming from him really trying to do the right thing, but it’s just so over-the-top that it’s a little bit wrong. But it’s coming from a sweet place that allows all the jokes to work.

I do agree with the idea though. We do say “guys” all the time, it is a really male-dominated language. I like hearing Tandy say “gals,” and now in the episodes, my ear’s really tuned in in case he slips in a “guys” in improv or something, I want him to stick with it.

Walk me through going behind the camera as well as playing Carol for this episode – did you encounter any challenges you didn’t expect?

The thing that’s scariest for directing for the first time is that you don’t have anything to compare your ideas to. I never directed before, so I was learning, but the best start is I had a great team with me. And I had Rich there and Will there and he oversees everything, it’s very much his show. Another thing that stood out for me was how good the cast is, which is absolutely fantastic, and I know they’re great to work with but it’s different studying them behind the monitor and watching them trying different things. My admiration for them just grew even more. They all had my back. Everyone on the show wanted me to succeed so it just couldn’t be a better environment for me to try it out.

I would say, directing myself … I don’t enjoy that. It’s funny because there are so many projects you see people directing themselves as the lead, and when I watch it, I’m like “why would you do that to yourself?” That part I did not like.

Would you do it again?

Oh yeah, if we get a season five, I would definitely want to direct another one for sure. I would like less Carol in the episode, though. She could maybe be off taking a nap or something.

It was so great to get to work with a team I’ve become so close to because it’s become a show I know really well. The whole thing was a real eye opener for me and it made me appreciate the show even more — all the hard work that goes into it.

What do you think the future has in store for Carol? Now that she has a growing family and a somewhat stable home, do you think she’s happy?

Well, she finally got what she wanted. Since the first episode, you see her and this is her goal, and so now she has her goal. It should be interesting to see what that goal actually means now that it’s been realized. Is this what she really needs? It’s so interesting, I wonder if it’s going to make her unravel a bit.