The brothers — and that haircut — are back.

Tandy’s (Will Forte) brother Mike (Jason Sudeikis) is officially alive and well, and this week’s installment of The Last Man on Earth went to great lengths to welcome him back.

Mike was last presumed to be dying of the virus at the end of season two following a brief stint on earth after being aboard the International Space Station during the worst of the virus’ spread.

True to form, Mike’s big comeback kicked off through a series of notes and a practical joke on his brother, all capped off with a special musical number. Tandy then tried to make his brother’s appearance a surprise for his friends, who turned on him and played their own prank on him when Gail (Mary Steenburgen) “shot” Mike. (He was fine, they were blanks.) Offering a true twist to the apocalyptic setting they have found themselves in, Mike then told them a story about being taken and tortured, and finding that a facility had files on the whole group, but of course just when fans thought they had a bigger answer to what happened with the virus, it turned out Mike was just joking.

Forte tells The Hollywood Reporter that the decision to bring Mike back to life, so to speak, was never set in stone, but was an easy choice to make: “It was always kind of in the back of our heads … and I talked to him and he said if we wanted to do something cool, he was willing. So we stumbled into this great idea.”

Because in the end, the show will always be about family, he says. “That’s always been a big part of the show, this group of dipsticks trying to save the world and start the world over again.”

Mike’s appearance wreaks havoc on the group, and Todd (Mel Rodriguez) had a breakdown thinking his chances of fathering a child with Erica (Cleopatra Coleman) might be ruined. And just as Mike attempted to cope with his own loneliness while coming back into the fold, he discovered something on his thermal imaging radar that could give the group some real answers — or more likely even more questions.

As for whether this comeback is signaling a wrap-up to the show, Forte stands firm he has more story to tell: “The Mike episodes usher in a really different, interesting story that starts taking root and you know, we think it’d be really fun to tell that part of the story, it’s very different circumstances for us. I think people will be intrigued, it might be a kind of polarizing something that happens.”

Forte also has a few ideas of how the show should end. And if Last Man on Earth doesn’t get picked up for another season? Fans “can email me and I’ll just tell them what we would have done.” Maybe. 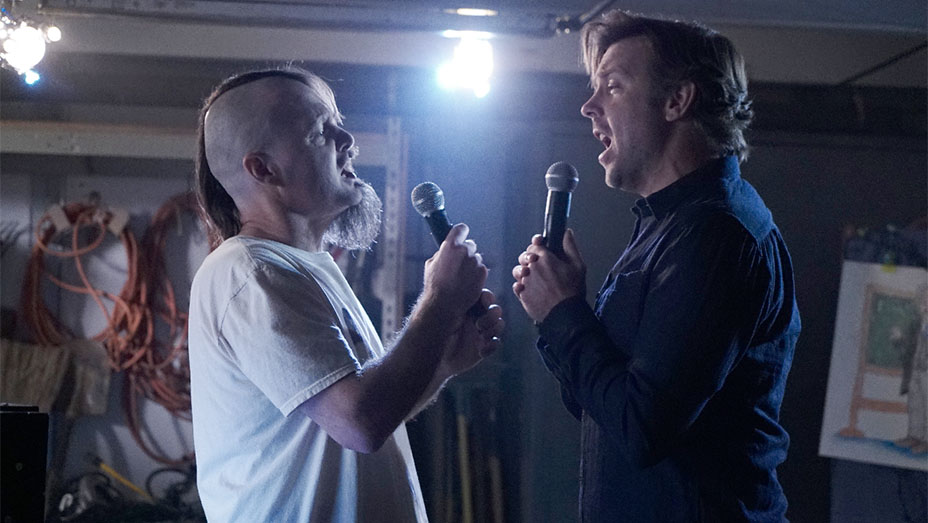 'Awards Chatter' Podcast — Will Forte ('The Last Man on Earth')

Forte spoke with THR about Sudeikis‘ return to The Last Man on Earth and what he sees in the series’ future.

Mike’s big comeback is something fans have been looking forward to for awhile. Has this family reunion always been in the works?

The end of his first arc, that relationship, was one of my favorite things we’ve done on the show. It was such a special way to end it that we really had to think whether we wanted to muck that up, because I think people who watched the show appreciated it. So we just wanted to make sure that if we ever did have the idea to bring him back, then it was something that was worth messing with that.

It was always kind of in the back of our heads, “Are there any ideas we can have to bring him back?” and I talked to him and he said if we wanted to do something cool, he was willing. So we stumbled into this great idea.

Ultimately he’s just such a special guy and performer that it all kind of lined up, and the more we can do stuff with Jason the better, just because he’s one of the best comedians out there and actors out there. And it’s so much fun to get to work with someone you’re close to.

Did you know then that he’d be back?

God, no, we thought that was it, but also we were aware that you never see him die, so we knew that was our trump card if we needed it.

Was the musical number his idea or yours?

For sure whenever we have him on the show, singing together is always going to be right around the corner because we like to do that, so that was definitely one of my first thoughts.

And that dumb haircut! There was some discussion as to whether it should be a different version of that but it seemed like that haircut was a good way of signaling that it was so obviously his doing, it just had to be Mike.

Some fans may think that this return might be signaling the end of the show — one big guest star coming back, some big things on the horizon — was that involved in your thought process at all?

We certainly had a lot of discussion on that, since last year we were waiting to hear if we were coming back until pretty last minute, so we were putting all this pressure on ourselves to think of a way to end the show that would be fitting just in case, then we said, you know what? Screw that, we have another huge cliffhanger and if we end the show, they can email me and I’ll just tell them what we would have done.

Do you plan on standing by that?

Umm…no. But if that does happen and if you happen to come up to me on the street, I’ll probably tell you.

But I do think if we’re lucky enough to get a fifth season, we would definitely be thinking of an appropriate ending then, but this season it just felt premature. We still have some stories to tell so hopefully we’ll get a fifth season. Honestly we’re lucky we’ve gotten four. We’d love to wrap up the show on our terms but hey, not everybody’s that lucky.

What about Mike’s (joke) story about being taken and tortured and finding files on all of them? Was that a red herring or was that an idea you had about explaining the virus?

We’ve always had different ideas floating around about what this whole thing leads to. We went into just thinking this is the cleanest version of the idea: It was a virus and hit the whole world. And we would talk about, what if there was some of government conspiracy or something? But we were nervous about whether to do something like that. So we got to do a little bit of that style of storytelling through the Pat character [Mark Boone Junior] who came in but that was something we’d think about going towards and then would stop for some reason. With him it was just a fun story for him to tell because he’s a very gifted storyteller, so that was a fun way to do that, it would seem very tense and then it was just blowing a bunch of BS.

So now Erica is pregnant again and Carol (Kristen Schaal) is pregnant again. Sort of going along with the show’s ongoing theme of family, is this sort of how you’re passing the torch to the next generation?

I think that’s always been a big part of the show, this group of dipsticks trying to save the world and start the world over again. The Carol pregnancy was more necessity because she was pregnant in real life so it just got to be so hard to hide that we just thought, let’s just jump forward and let her be pregnant. We have fun just diving into a scenario not knowing how we’re going to play it out, and that was one of those things. But ultimately we probably would have done it at one point down the road; the goal is to get more people on the earth, restart society, so it makes sense.

What’s next for the future of the show? How much further do you see yourself going with this story?

What’s great about this show is we get away with skirting different tones, and when Jason comes in we get to have fun but then he gives us some pretty grounded moments. This year with Fred [Armisen] coming in and Kristen [Wiig], it’s been so much fun, and it is so nice to get some fresh perspectives in there, every show should be so lucky. The Mike episodes usher in a really different, interesting story that starts taking root and you know, we think it’d be really fun to tell that part of the story, it’s very different circumstances for us. I think people will be intrigued, it might be a kind of polarizing something that happens. We have a plan for it going forth, so hopefully we get to implement it in season five.