In their second year at bat, James Corden, 38, and his Late Late Show executive producers, Ben Winston, 35, and Rob Crabbe, 42, nabbed their second consecutive variety talk Emmy nomination — and scored another repeat in the interactive program category for their breakout Carpool Karaoke (which won its race last year and is about to spin off on Apple Music). The three partners recently chatted about how they’ve evolved their winning formula.

JAMES CORDEN We were all in different places when the Emmy nominations came in. Where were you and how did you feel?

BEN WINSTON I was annoyed because I couldn’t get hold of Rob because Rob was in bed, fast asleep, not replying to any texts or picking up his phone. I was nervous that we might not get a nom. I couldn’t believe I cared as much as I did, but I did.

ROB CRABBE I was fast asleep, and my wife woke me up to tell me that we had gotten nominated. And then I got around to looking at my phone and had 25 text messages from Ben, one word at a time, asking me where I was, how could I be sleeping, why am I not answering, what’s going on?

CORDEN It’s embarrassing to say out loud where I was.

WINSTON You have to tell us now.

CORDEN I was in London. I was doing this eight-page fashion spread for U.S. Vogue with Mario Testino, which of course is what happens if you look like me and you host a late-night talk show. The whole thing felt bizarre. Then my publicist showed me his phone, and it had the nominations. Then it was back to trying to look glamorous. (Laughter.)

WINSTON I was pleased the Tonys got recognition as well [Corden hosted and Winston produced the telecast]. The day was such an emotional one with what happened in Orlando that morning [the mass shooting at the nightclub Pulse occurred at 2 a.m. the same day as the Tonys]. So we had to try and create: a) a celebration of Broadway theater on a night when something like that had happened only a matter of hours before and b) get the tone right. I felt real pressure that we had to not let people down. It went from thinking the Tonys aren’t important at all on a day like this to thinking the Tonys are so important on a day like this. 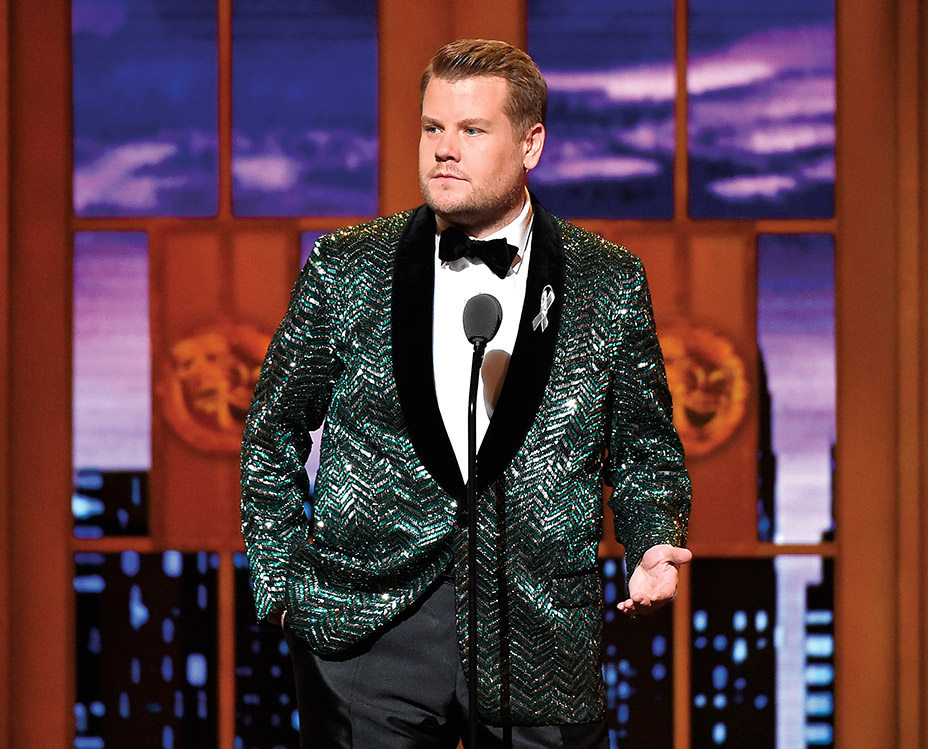 CORDEN Certainly since January, tonally, doing our job has sort of changed. We’ve tried to walk that line as purely as we could, in the sense of making a topical talk show. Would you agree?

WINSTON It’s an interesting problem because on the one hand, we don’t want to change our show — just because of what’s going on in Washington — and move away from making an entertainment show and go too much toward politics. There’s enough people doing that. But then I also think that what’s great about our show is that when we do want to make a statement, it resonates. Like that cold open that we did when Trump decided to ban transgender troops. Those bits get 5, 6 million hits each online because we don’t do them every night.

CRABBE And then because we like to do things with the guests, the couch dynamic of everybody being together spills into the comedy pieces. It’s getting an opportunity to do a soap opera to Justin Bieber lyrics with Ray Romano and Gary Oldman and Salma Hayek — just because they’re all on the show. It ends up being better than it would have been if we singled one person out.

Emmys: Why the Reality Competition Race Is (Finally!) Not Too Predictable

WINSTON And we’d be underserving you, James, if we were not creating a show that allows you to do a good monologue, act in a skit to the music of Beauty & the Beast, do a good interview with someone like Al Gore and rap against Samuel L. Jackson. We have to always make sure the show is ambitious and original so that we use all the sides of your ability.

CORDEN This is a really random thing to think about, but it just entered my head. We had Taylor Schilling, Jane Fonda and Lily Tomlin on the show, three brilliant guests. We were talking to them about, I don’t know, the new thing that they’re promoting, and a siren goes off and I say, “Well, guys, it’s that time of the night where you can either carry on with the interview or you can open the mystery door.” And we then proceeded to do a four-minute musical number called “Mystery Door, Mystery Door, What’s Behind the Mystery Door?” And then dancers come out, a huge door comes out, we had indoor fireworks and this song just kept growing, and it ends with, “What’s behind the mystery door?” It’s huge. And they just go, “We’re happy with the interview actually, we’re really kind of enjoying it.” (Laughter.)

WINSTON That’s the advantage of doing a daily show rather than a weekly one. You can throw so much at it and subvert the show. When we do things like that, it can be so effective because no one ever sees it coming.

CORDEN Our mantra from day one was to not ever stand still. We’ve done shows from strangers’ homes a couple of times and it’s completely real. That in itself is crazy enough, but then you start thinking, well, what would be a great thing? Beck hadn’t been on TV since he won the best album Grammy and wasn’t actually interested or looking to do any TV. But then when we called his manager and explained to him what it was we were doing, he was like, “Oh yeah, he’s gonna love this.”

WINSTON The last one we did a few months ago, you’ve got Colin Farrell, Jack Hanna, the animal handler, Demi Lovato and who’s the other person on that couch? 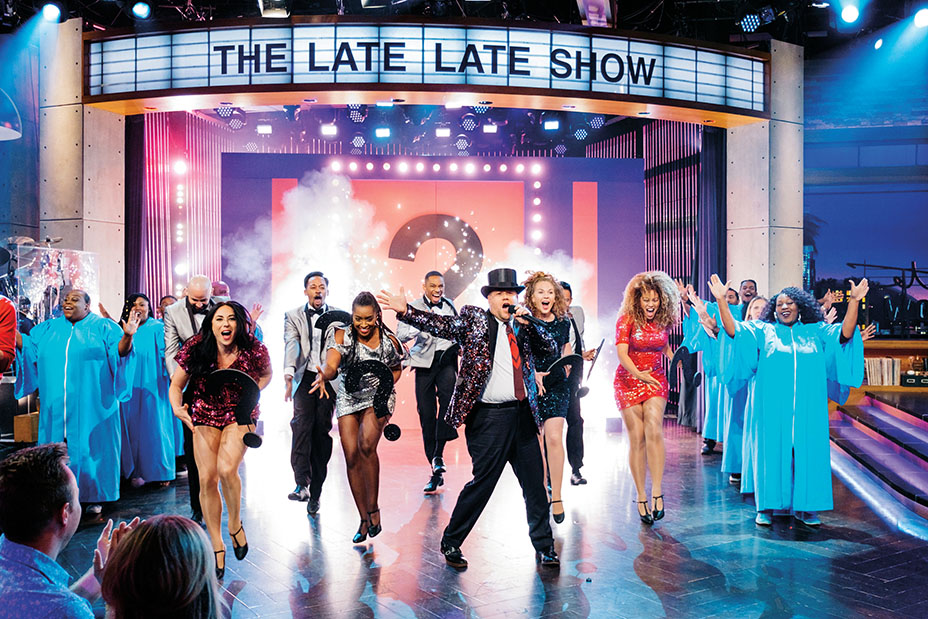 WINSTON Right. They’re all in the back of a car just circling around because they’ve got no idea where we’re gonna end up. I bet they thought it was a great idea at the time — and then they get there and they’re like, “What the fuck am I doing?”

CORDEN The notion of the owners of the home being the first guests on the show and them not knowing who’s coming through the door is great. But it has to get stupider. So then we were like, yeah, we should probably just play hide and seek. Which is just so stupid, to find Jeff Goldblum hiding in the bottom of someone’s wardrobe or Colin Farrell hiding behind somebody’s shower curtain.

WINSTON One of the things that we’ve always got to straddle is both the big entertainment ideas that we know are a hit, like your “Carpool Karaoke,” where we know people look forward to it, or “Drop the Mic,” where they’ve become the mainstream hits. We also want to keep that core madness and anarchy and slightly off-the-beaten-track comedy, like a fire alarm going off and us doing part three on the roof.

CORDEN I don’t think [bandleader] Reggie Watts will ever know quite how much him committing to the show gave me confidence that this show might work. He was on a list of one for me. Like, after watching him on YouTube, after watching his TED Talks, his voice, his whole presence and attitude to anything creative was like — this is it, you know?

CRABBE And all the guest walk-on music, he creates the songs as they come through the curtain. So he’s creating the lyrics and music as they come out.

CORDEN What I would love for us between now and Christmas is to find that one idea that people go, “Fuckin’ hell, did you see what they did last night? They did the show from the gorilla enclosure at the zoo and three of them died.” (Laughter.)

CRABBE Winning an Emmy would be a nice ending.

CORDEN Then it would be worth it. 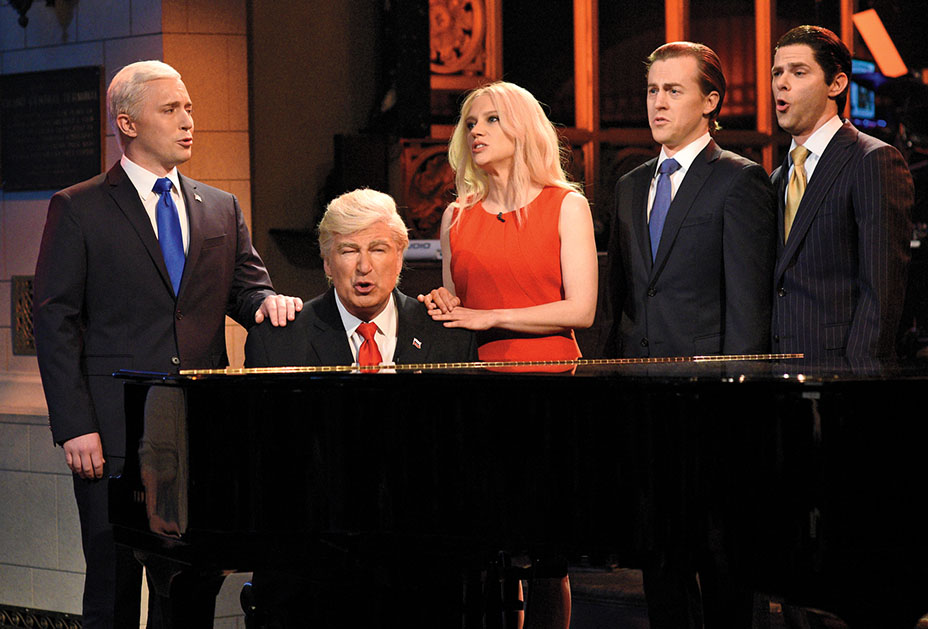 SNL topped off its most watched season in 23 years with its biggest nomination haul (22 in all, tying HBO’s Westworld for the most this year). Alec Baldwin also got in on the action, hosting for a record 17th time and scoring an Emmy nom for playing Donald Trump so many times that he ended up in the supporting comedy actor category — as opposed to guest, where SNL hosts usually are nominated. SNL hasn’t won a series Emmy since ’93. 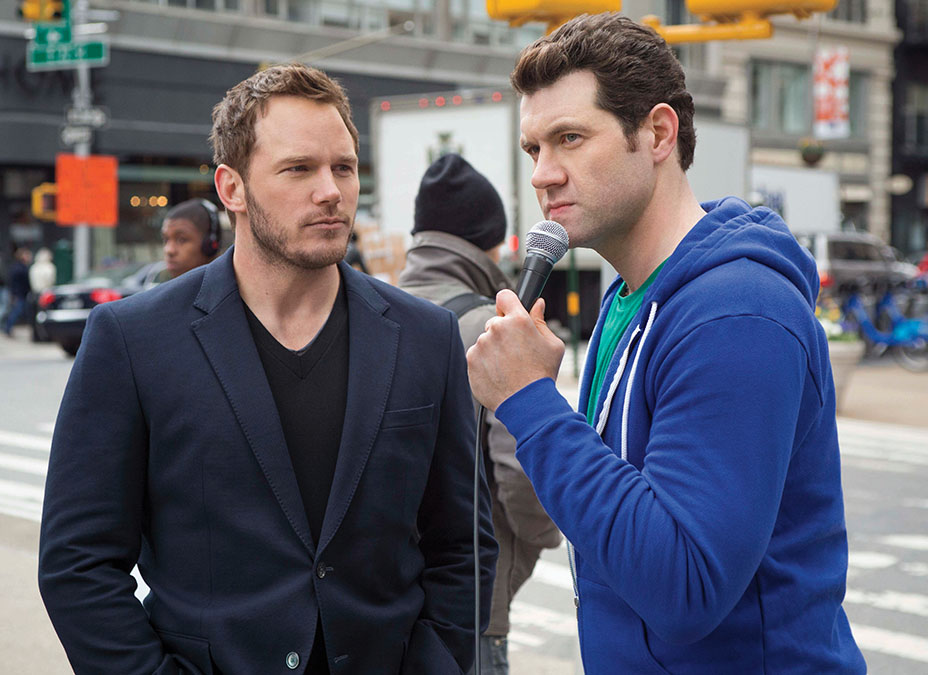 Billy Eichner’s street-smart brand of comedy gets some recognition with Billy on the Street‘s first nomination in this category (previously, the Funny or Die version of his show received short-format live-action and game show host nominations). Mining Trump’s anti-immigrant and pro-gun rhetoric for laughs, plus a funny FYC campaign (“You nominated Trump for an Emmy but you won’t nominate Billy on the Street?”), worked its magic. 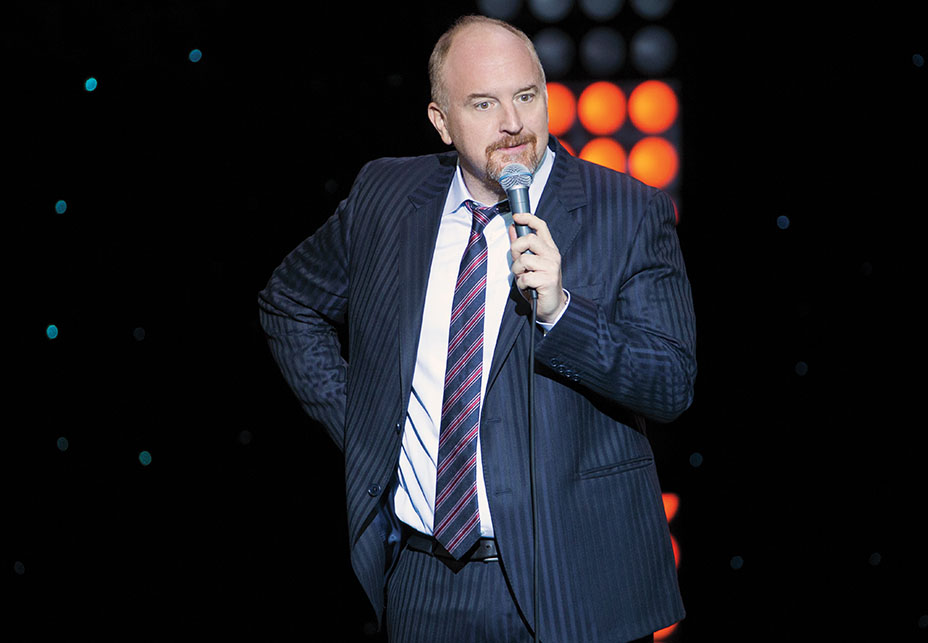 Much ado was made of Louis C.K.’s two stand-up specials deal with Netflix this year, marking his return to producing original content for an entity other than his own website, from which several of his previous specials had been launched. In 2017, which was filmed in Washington, D.C., Louis C.K. donned an uncharacteristic suit and tie and dived straight into heady topics like abortion and suicide before somehow landing on an ending bit on Magic Mike. 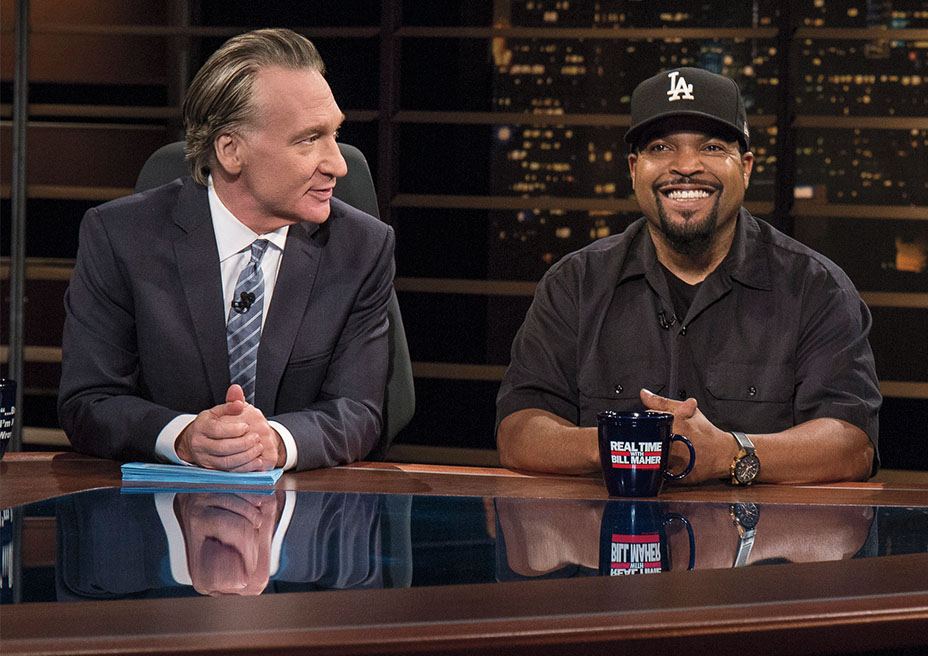 There always are a handful of shockers when the Emmy nominations are announced, but Maher’s nom on July 14 for his late-night show caused some of the loudest gasps and groans. Many Emmy watchers were expecting the controversy surrounding his jocular use of the N-word during an interview with GOP Sen. Ben Sasse to sour voters on the provocateur. Instead, it clinched the show’s 20th nomination and his 40th overall.