Lauren Graham is getting animated — with fangs.

The Gilmore Girls star has signed on to voice the mother of a young vampire girl in Disney Junior’s new animated series Vampirina.

James Van Der Beek will play the father of the girl, who will be voiced by 12-year-old Isabella Crovetti (Colony).

The show centers on a family of vampires — parents Boris and Oxana Hauntley and daughter Vampirina, aka Vee — who move from Transylvania to Pennsylvania. It will follow the young vampire girl as she navigates the joys and trials of being the new kid in town, from making new friends to attending a new school. Her mom and dad also must adapt to their new life as proprietors of the local Scare B&B, a bed and breakfast for visiting ghouls and goblins.

Vampirina, inspired by Disney Publishing’s book series Vampirina Ballerina, is set to premiere in the fall on Disney Channel, Disney Junior and the new Disney NOW app. It will feature music by Broadway composers Michael Kooman and Christopher Dimond, and each episode will include original songs performed by the cast. Van Der Beek, Graham and Crovetti perform the series’ theme song.

Vampirina is from executive producer Chris Nee and co-executive producer Norton Virgien, who are part of the Doc McStuffins key creative team. Nicky Phelan is directing the series, which is produced by Brown Bag Films in association with Disney Junior. 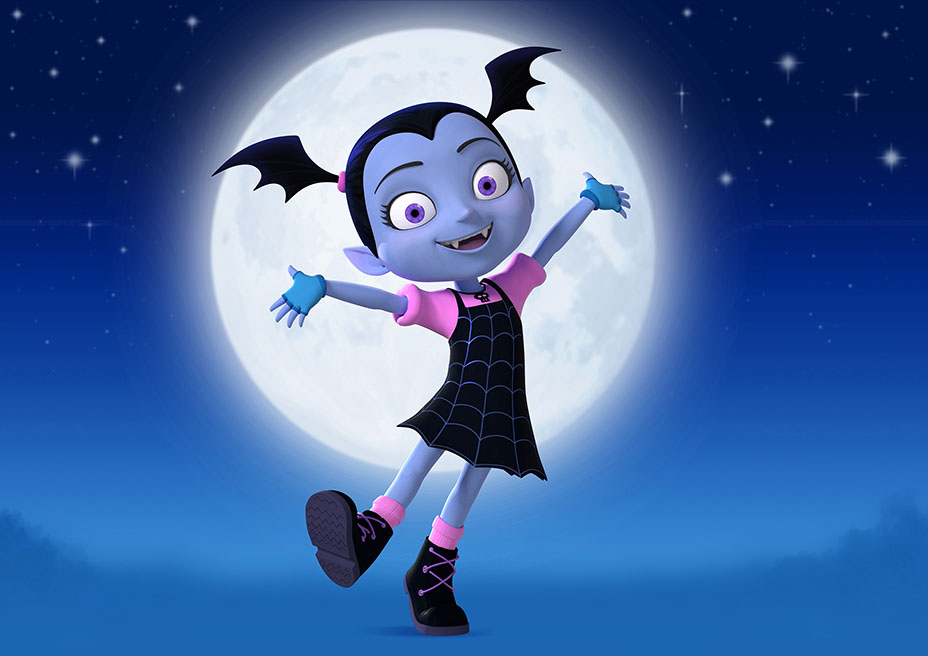