After nearly two decades on the air, NBC’s Law & Order: Special Victims Unit is the last of Dick Wolf’s original empire standing. It has outlasted three other Law & Order spinoffs — Criminal Intent, Trial by Jury and Los Angeles (and could potentially outlast anthology True Crime, which is awaiting word on its future) and has a dedicated fanbase online. Plus, thanks to the growing movement to uncover pervasive sexual harassment in Hollywood and other industries, the show is as relevant as ever.

“Isn’t that amazing after 19 years? I’ve never seen a cast as excited as this cast is now,” showrunner Michael Chernuchin tells The Hollywood Reporter. “We’ve been doing this for 19 years, highlighting the predators and harassers and abusers. It’s good that it’s all coming out now. Maybe the world has changed a little.”

While the Harvey Weinstein scandal is still reverberating throughout Hollywood, Chernuchin and his team aren’t necessarily addressing the case in the show’s traditional ripped-from-the-headlines style.

“We’re going to do an episode about an industry where there is some sexual abuse, and we want to show how an industry, a closed society, can become sort of a sanctuary city for predators and abusers. Where everybody knows what’s going on but nobody turns anybody in,” he says.

The episode takes place in the airline industry and stars Martin Donovan (Homeland, Weeds) as a pilot and Yasmine Al Massri (Quantico) as the co-pilot who accuses him of harassment. It’s the show’s way into the Weinstein story.

“We’ve done the Harvey story so many times,” Chernuchin says. “We did one last season with a newscaster. We did them on Wall Street. It’s a recurring theme, but we’re going to add something new to it this year. What we like to do is explain the faults of the law and what the law should be and how we could get there to the audience. The laws need to change. We’re going to approach it that way.”

SVU covers a serious and often depressing subset of crime, yet it’s the Law & Order franchise that’s still on the air (and could surpass the original version’s 20 seasons). That’s because the topics the show covers are not only universal, they’re also constant problems in any society. 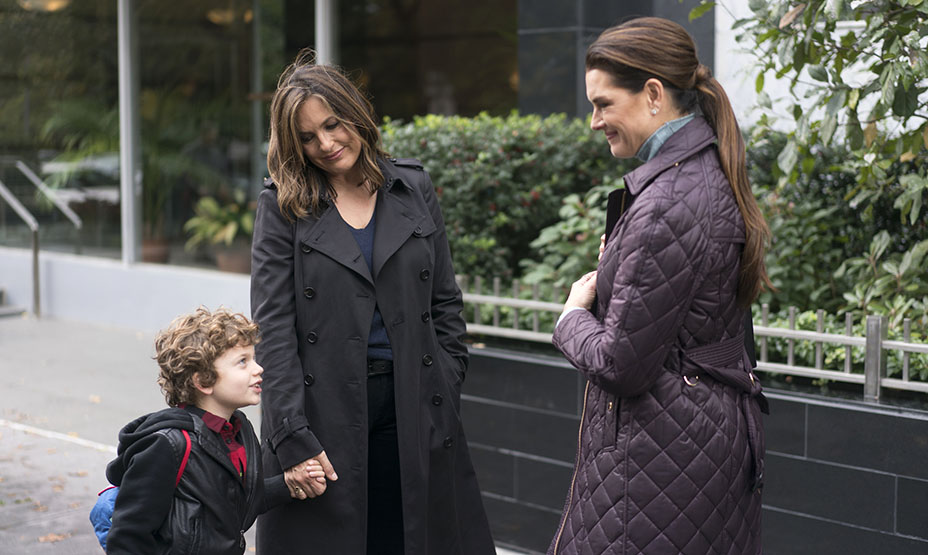 “There’s just an endless stream of material, unfortunately. We can go on forever,” Chernuchin says. “Harassment culture in particular is something that touches everyone. As we’re seeing, it’s in every industry. It’s the power dynamic. Whenever there’s one person in power, he can take advantage of it.”

Hopefully, Chernuchin says, the conversation about sexual abuse will continue as more people have the courage to speak out.

“It’s like we were the voice in the wilderness. We’ve been crying out for 19 years. Now people are actually listening. The whole power thing kept people from coming forward, and now it seems they are,” he says. “We’re going to deal with it on college campuses. We’re going to deal with it a lot. It’s not because of what’s going on now, or what’s in the newspaper now, it’s because we always have dealt with it.”

Chernuchin is in his first season running SVU, but he’s worked with Dick Wolf for decades, beginning as a writer on the original Law & Order and eventually moving up to showrunner on the now-defunct series. Most recently, Chernuchin ran the since-canceled Chicago Justice. His long history with the franchise means he’s rewarded longtime viewers with callbacks to SVU‘s earliest seasons. Chernuchin brought back Dean Winters’ character, Cassidy — who will be returning for an arc later in the season, the showrunner confirmed — and the callbacks are something he hopes to continue to do.

“We’re going to keep on doing it,” Chernuchin says. “Plus, we’re going to bring in a really old one. Sam Waterston [from Law & Order] is coming back. We’re all excited about that one. He’s been in the same job. He is the District Attorney. I don’t want to give away the story, but it’s the episode where Philip Winchester joins the cast.”

Winchester, who headlined the short-lived third Chicago Fire spinoff (Justice came after P.D. and Med), is moving to SVU as his Chicago district attorney character. 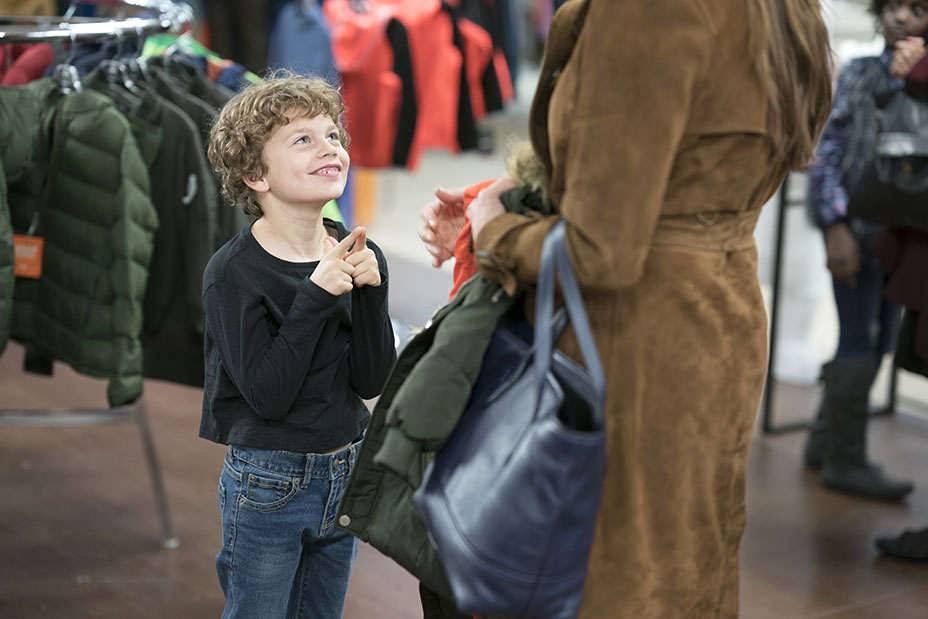 “What I told Dick is I’m combining all three of his universes. Law & Order, Law & Order: SVU and the Chicago franchise,” Chernuchin says.

In addition to Winchester’s introduction and Waterston’s return, the upcoming episodes will see Peter Gallagher reprise his role as Deputy Chief Dodds and the resolution to the cliffhanger where Benson’s (Mariska Hargitay) son, Noah, was kidnapped while out shopping with Sheila (Brooke Shields).

“[Mariska] gives a masterful performance of a woman torn between being a cop and being a mom in this episode. It’s where her home life really infringes on her professional life and vice versa. They tell her to sit down and not work the case, but the whole SVU unit is all over it, and she works the case in her own way,” Chernuchin says. “Sheila is struck with guilt and she’s panicking because she lived through this. Her daughter disappeared, so she knows all the repercussions. You’ll see some amazing scenes between Mariska and Brooke.”