[Warning: This story contains spoilers from the “Something Happened” episode of NBC’s Law & Order: SVU.]

On Law & Order: Special Victims Unit, Lt. Olivia Benson (Mariska Hargitay) has made a career out of treating sexual assault victims with respect and patience. But rarely has she opened up to them like she did in “Something Happened,” an emotional bottle episode in which Benson interrogated a rape victim, played by Melora Walters, only to ultimately discover that the woman hadn’t been assaulted the night before.

On the day of her father’s funeral, she went home with a man who looked like him — and, after their consensual sex, snapped and killed him. It turns out her father was a predator who systematically abused and raped her sister over the course of decades, and this was her way of seeking the attention of her father that she never got. The revelation came only after Benson pushed harder in her interrogation, ultimately opening up to the victim about her own past — that she was conceived via rape — and calling out the victim’s lies.

“The episode is utterly tragic and complex and human,” Hargitay tells The Hollywood Reporter. “I thought that was so powerful, the complexity of this human being and showing what this kind of trauma does and how it affects people. It was a real departure from what we’ve done…. Obviously the material was so painful and dark, and it was just a very different kind of SVU and a different kind of relationship that Benson never has with the victim.”

SVU has done bottle episodes before, but rarely has Benson shared so much of her own experience with someone while questioning them. “You think, where is this character going to go after 19 years? And I think that was the beauty of it. Benson has this need for justice — that’s her human flaw,” Hargitay says. “She needs to fix it. She needs to seek justice, and many times at the sacrifice of herself. I think this was the epitome of that — this little perfect microcosm of who she is, of what she is willing to do, to give, to do her job, to dig as deep as she can, and the lengths, the willingness of self-sacrifice. This was really her stopping at nothing to find out who the attacker was.” 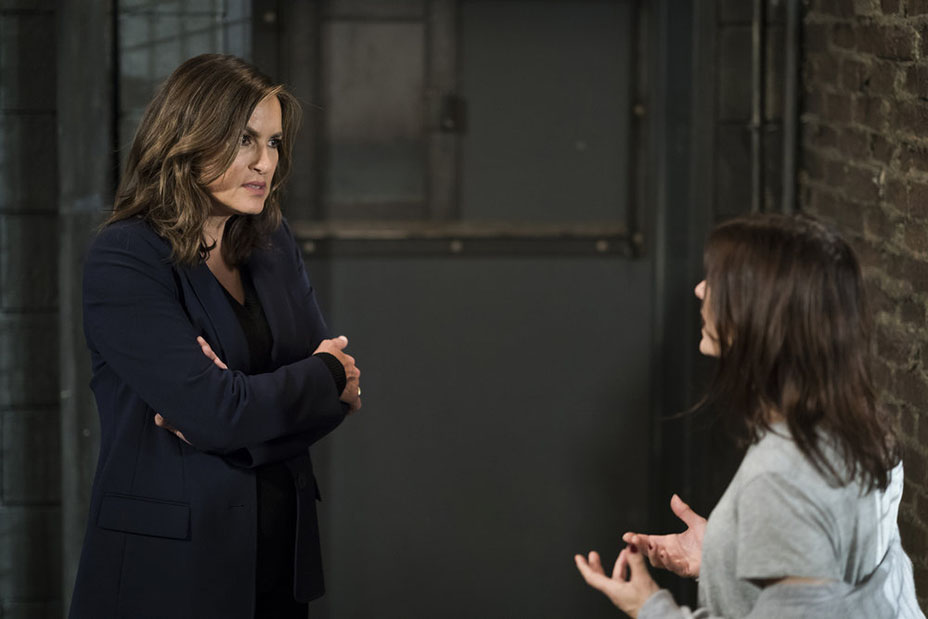 Even when her colleagues told her to back down, she wouldn’t.

“It felt like being on the edge of a cliff. Is she going to fall down? It was right on the edge, and the scene vibrates with like, ‘Oh, gosh, is she going too far?’ and not knowing if she was diving off the cliff or not. Here’s this woman trying to prove to her colleagues, after everything that she’s been through, been dragged through the mud, been through so much, that she’s still in control, and that she still has it, she’s still a leader, and she’s still the best at what she does, and willing to stop at nothing. Her team was around her and trying to protect her, but she refused.”

The episode featured plenty of sparring between Hargitay and Walters, which Hargitay said felt fresh and even dangerous.

The episode, written by new showrunner Michael Chernuchin, was shot chronologically and involved many more hours of rehearsal than a typical episode would get. “It was one of my favorite acting experiences,” Hargitay says of working with Walters.

“One of the most brave actresses I feel like I’ve ever worked with, and so pure. We were so deeply connected…. She’s an incredible artist and so thoughtful in the conversations that we would have and the depths she could go to and the analogies she would invoke. The show deals with the cheetah and the antelope, and it turns out, as things would go, that she’s also a painter and had painted a cheetah in heat two years before. She sent me the picture. There were so many bizarre and deep connections, like we were meant to do this. We talked so much about maybe one day performing it as a play.”

While Walters’ character was not a victim of rape, she was a victim of an abusive father. But Walters told THR that she didn’t want to look too deeply at the impact the episode would have while she was still filming it. 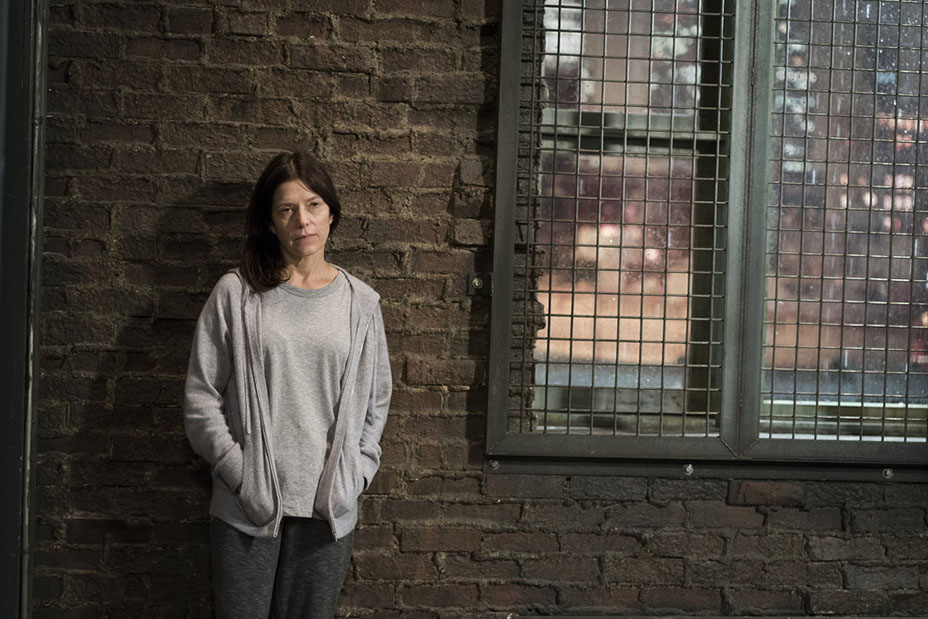 “For me, I have to just put blinders on and just become the person, because if I start thinking, ‘Oh, this might have an impact or this might make a difference,’ then I’m stepping out and I’m looking at it. So I just had to be in it,” she says. “Women suffer, women get raped nonstop, so you hope this gives someone the courage to speak up or to not feel alone.”

Encouraging victims and giving them a voice is something SVU and Hargitay have done for nearly two decades, and the fact that the current news climate is seeing more people speak out against powerful abusers is something that Hargitay is happy to see.

“It’s two sides of the same coin,” Hargitay tells THR. “It’s extremely painful that this is happening, and it is so exciting that it’s coming to light and that people are getting their voices back. The times are changing, and I am very grateful to see that.”

SVU is tackling the Harvey Weinstein scandal in an upcoming episode, and while Hargitay wouldn’t speak to the specifics of the hour, she did say she was happy there is a larger discussion about abuse happening in the world today.

“What I think SVU has done so beautifully for years is to bring things that have been traditionally swept under the carpet to light. What’s very exciting about this time is that not only is it coming out into the light, but it’s getting a very big spotlight shined on something that’s been going on for years and demands attention,” she says. “I’m very excited to see the change in our culture. It’s been unfortunate how this has come to pass, but I’ve been talking about the statistics of sexual assault and domestic violence for so long, and the statistics just don’t lie. I think with shining a light on this, now is the time to change it.”