[Warning: This story contains spoilers through the penultimate episode of HBO’s The Leftovers.]

Meg Abbott, the quiet force of fury played by Liv Tyler over three seasons of The Leftovers, stands out as one of the most enigmatic entities on Damon Lindelof and Tom Perrotta’s surreal drama — and given the fact that this show takes place in a world where two percent of the global population just upped and vanished, that’s saying something.

Beginning the series as a new recruit to the Guilty Remnant, Meg would go on to become one of the cult’s most polarizing and powerful figures. In season two, Meg threatened to blow up school busses filled with children, forced Tom Garvey (Chris Zylka) into having sex and drove all the way across the country to lead the charge on a violent takeover of Miracle, Texas. But violence begets violence; within the first 10 minutes of season three, Meg and her disciples — including Evie Murphy (Jasmin Savoy Brown) — were decimated in a drone strike, putting an explosive end to one of the show’s most explosive figures.

“You like Siegfried and Roy, the magic guys in Vegas?” Meg asks Evie shortly before they both die. “They did tricks with those beautiful tigers. Every night, the tiger disappears, and the tiger comes back. They made calendars with those tigers. They just laid right on top of them, like they were carpets. It’s just a matter of time before one of those f—ers bites your face off.”

Just like that magic act, Meg disappeared at the start of the season, only to come back in the penultimate episode for one final sendoff. In “The Most Important Man in the World (and His Identical Twin Brother),” Meg played the role of Vice President to Kevin Garvey’s (Justin Theroux) President of the United States. In this world, she leaned toward pacifism, going so far as to say she’s in love with God. No sooner does she open her heart to the man upstairs that she receives a bullet to the face from an International Assassin. Tigers and faces, and all that.

The show’s final iteration of Meg is a far cry from the Meg we knew in previous seasons of The Leftovers, which is perfectly in line with Meg as Liv Tyler knew and understood her — which is to say, not very much at all, in her own words. Here’s what the Lord of the Rings veteran tells The Hollywood Reporter about playing the Guilty Remnant renegade, now that the book of Meg is officially closed. 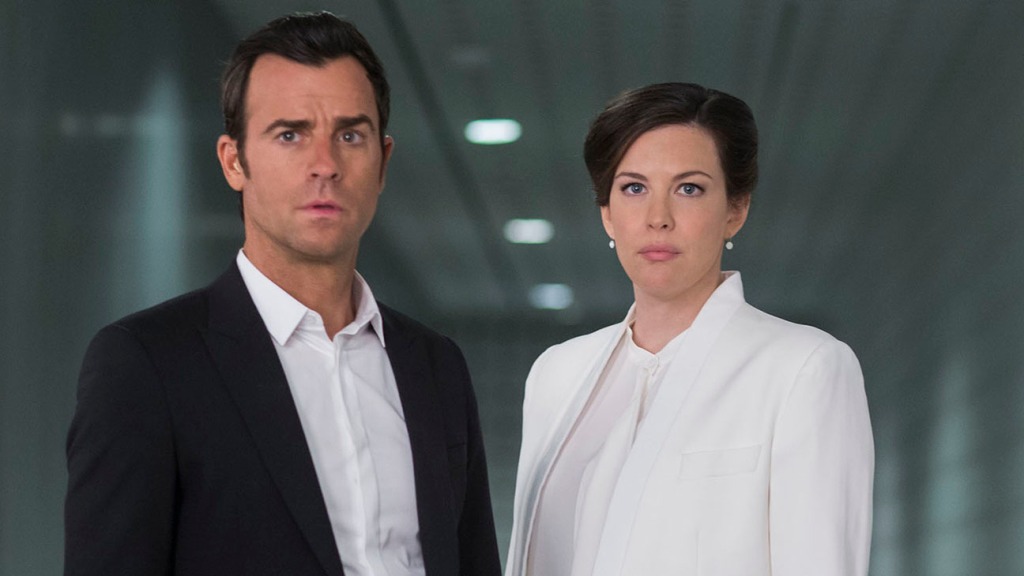 Throughout the series, Meg is used sparingly. But every time she arrives, it’s with massive impact. What’s your view of Meg’s role on The Leftovers? What function does she serve within the show’s grander narrative and thematic schemes?

That’s a huge question. (Laughs.) You have to ask the writers that, because honestly, I could never figure her out. She was always unique. I was constantly surprised by her. I would ask Damon questions about her all of the time. I would write to him, to figure out where she’s coming from. Eventually, I just surrendered to her, and stopped looking for the answers. I think they always used her in a way to really take things up, that’s for sure. I feel like she was one of the characters you never got to know really well. I never understood her particularly. I think so many other characters, you get to know them on such a deep level — a little bit more about who they were and why they were. Meg, for me, was always so mysterious. Even when we did get closer to understanding her, she would do something that completely contradicted that.

Meg was part of the Guilty Remnant, but she veered away from their rules. She regularly broke the vow of silence. On this episode, she remarks that she feels pain, which goes against the group’s supposedly desensitized ethics. What is it about Meg that makes her so rebellious?

I think she’s such a powerful force. She has a lot of feeling inside of her. There’s a lot of emotion. A lot of anger. She’s a volcano. There’s so much inside of her. There’s so much fury toward the world. She’s trying to find her way. She wants to get out of her family and her relationship and she wants to know what else is out there, and what’s next. I think joining the Guilty Remnant opens up an entirely new side of her that she just never even considered. She’s just on the path of this thing. It’s a little bit crazy.

Among the many shocks of the series, Meg and the others from her Guilty Remnant splinter cell are killed in a drone strike in one of the earliest points of this final season. What did you make of that? Were you surprised that the story was closed so quickly, and in this violent manner?

I was completely surprised. I thought it was so strange. It’s so interesting in the storytelling, the way that Damon writes — the way they write everything, where you don’t know what’s going to happen. It’s an incredible way of writing. I was very surprised at how that story ends, that there wasn’t more of a story to tell. Even as we were shooting the scene, I was still asking: “What do they believe in? Who are they? Why are they?” As Liv, I still had all of these questions about Meg.

Damon Lindelof on 'The Leftovers' Final Season and the World Ending

What do you think Meg was feeling in the moments before she dies — when she’s talking about Siegfried and Roy, and the tiger biting back? Does she know that she’s about to suddenly depart, in a manner of speaking?

I think there was just an incredible feeling of things ending at that time, yeah. A sense that this wasn’t going to go on much longer. I thought about it that way.

You’re closing the book on Meg by playing a version of the character who now lives in this otherworldly realm. What was your approach to this shade of Meg? Is she a wholly different person to you?

I asked Damon what was going on with this character, and he said, “You’re not Meg at all. This is a totally different person.” I just had to go with that. I was trying to connect and identify with her, and it was so fun, being a part of the story in this way. It was so interesting. I haven’t seen it yet. I would really like to see it.

This version of Meg says she’s found love in God. What did that mean to you?

As I was playing it, I felt it was more of a connection for Justin and his journey. It was all sort of his subconscious mind. It wasn’t necessarily Meg having those experiences. I felt it was more things that he was experiencing. You know when you have a dream and you see people you know — but it’s really just you? I thought it was a lot more like that, and thinking about playing her in that way. It was all subconscious.

Some of your final scenes of the series are with Ann Dowd and Justin Theroux. What do you remember about closing the book on The Leftovers with these actors?

Oh, my god, it was so fun! The scene where we were standing in the Oval Office … it was so intense. (Laughs.) And so funny! We all took pictures lined up together with the photograph of Justin as the president. It was so funny. I truly was enjoying getting to know all of them. I had a lot of time with Ann. We would have a lot of conversations about our characters. I really enjoyed all of it so much. 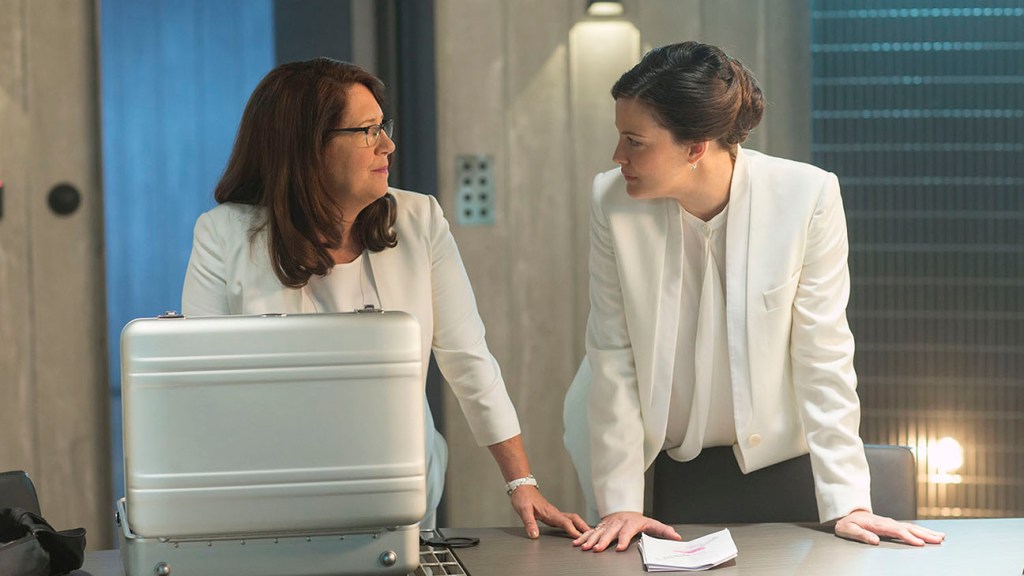 What do you think of Liv Tyler’s work on The Leftovers, and what are your thoughts on how Meg’s story ended?