Matt Murdock doesn’t punch a single face without Marvel’s express approval. Phil Coulson and his SHIELD subordinates get their marching orders directly from the House of Ideas. But when it comes to David Haller, the very concept of control is a nebulous one at best.

David is the hero at the heart of Legion, the upcoming X-Men TV series that marks the first collaboration between FX and Marvel TV. It takes its cues from the Marvel Comics character of the same name — a rather obscure character, about as far away from a household name as it gets. As he’s represented in the new series, David suffers from mental illness, hospitalized for schizophrenia. But what if his mental illness isn’t what it seems, and is instead the misdiagnosed manifestation of his incredible telepathic powers? It’s a common X-Men story arc, applied here to a figure with dangerously powerful abilities and a greatly limited capacity to control them, and all tied together by creator Noah Hawley, the mastermind of FX’s Fargo. Much like that anthology series, Legion comes with its own undeniably distinct look and feel.

“It’s always important to me to try to make something unexpected and unpredictable, not because I want to confound or confuse people, but because I think there’s a joy to watching a story where you don’t know what’s going to happen next,” Hawley tells The Hollywood Reporter about his inspiration for the new series. “In Fargo, we’re able to play with that because those stories are built around a large number of moving pieces on a collision course, and you can’t really tell which ones are going to collide and when. There’s a certain element of randomness to it as well. In that way, I wanted to tell a story that was surprising but felt inevitable in the end.”

“Here, one of the things I always loved about this genre and genres like it — science fiction and fantasy — is that there is a sense of wonder to it and creativity and pure imagination,” he continues. “You look at things like The Twilight Zone or Doctor Who or Doctor Strange. These sorts of very concept-driven genres. I really loved that idea. I didn’t want to make something earnest about the inevitable battle between good and evil. What I liked about this character of David Haller is exploring, what if someone who has been diagnosed with a mental illness may not be mentally ill? There’s this inherent disconnect between perception and reality. I was excited to make something subjective, something where the audience … the best way to understand David was to be David and understand that he sees things and doesn’t know if they’re real or not. So we also see things and we don’t know whether they’re real or not. He doesn’t understand what they mean, but he’s trying. That’s our journey as well.”

Although the journey of Legion sees David slowly discovering his gifts and understanding the true scope of his reality, Hawley says it does not negate the pain and suffering David’s endured throughout his life. He points to an early sequence from the pilot episode, a 3 1/2-minute montage that shows David’s progression from infancy to adulthood.

“You see how he was once a child with nothing but promise,” says Hawley. “Then there’s a moment where for some kids, the illness would be kicking in. In his case, maybe his powers kicked in here and he began to disconnect from the world at large, and it became a more negative story for him and he ended up in an institution. There’s something tragic about that. I didn’t want to end up using a serious subject as a kind of color for a genre story. I thought that what would make this show work as a dramatic show would be that it was a serious show about serious things at the same time that it’s a playful genre show.”

In that regard, the series very much plays with the conventions of the super hero genre. Legion features mutants with powers as mesmerizing as the ability to travel through another person’s memories, not to mention the visual manifestation of David’s own destructive potential.

“I always feel that what works best in these genres is if there’s a thematic or metaphorical quality to the powers,” says Hawley. “In other words, if you look at a character in the X-Men world, these characters are often outsiders who have been treated as ‘other’ and their behavior stigmatized. They end up with a very sort of negative view of themselves because that’s how the world sees them. They then have to take control of their own identity and redefine themselves and say these things you’re telling me are my weaknesses are actually my strengths and what makes me special.” 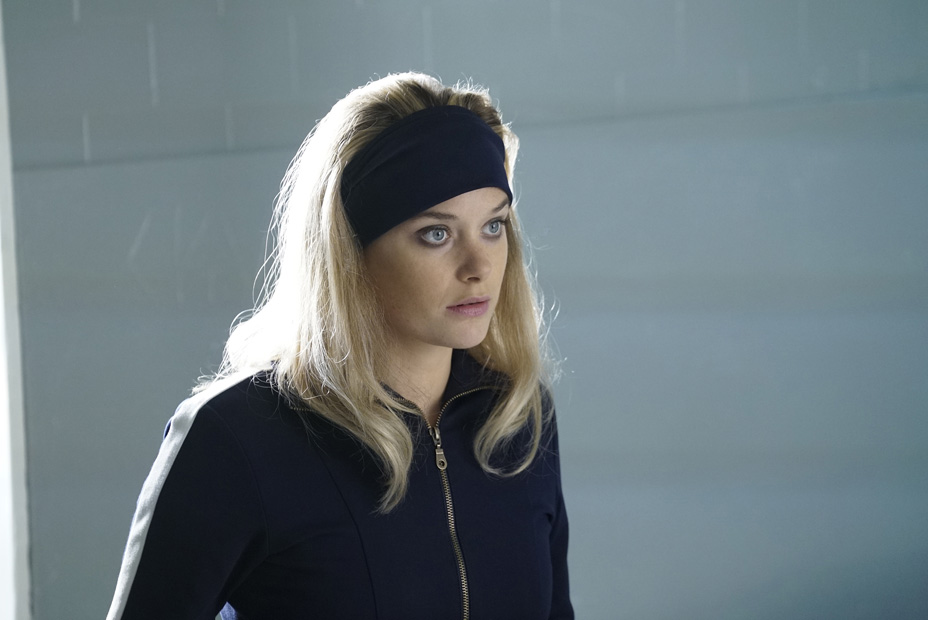 As an example of this philosophy, Hawley points to one of the main characters in the series: Syd Barrett, played by Fargo season-two standout Rachel Keller, whose mysterious abilities are tied into some of the most vulnerable aspects of her personality.

“She can’t be touched or touch people, because things happen when she’s touched,” says Hawley. “She’s been diagnosed as having an antisocial personality disorder, and on one level, that’s not it at all, because she has this physical ability. But on another level, having this physical ability has made her antisocial, just by definition. She can’t be touched and she doesn’t like to get close to people. These two ideas are true at the same time, which is interesting to me. Her power and her character flaw are the same. By exploring her powers, you can explore her character. I think that’s what was most exciting to me about taking this project on, its ability to use the genre to reveal the characters.”

Beyond serving as a great example of Hawley’s outlook on how superpowers must reflect themes of the story, Syd represents another essential element to the way Legion unfolds: a sense for David and viewers alike that in the midst of such an ambiguous world, at least one thing is real.

“I wanted to give him something real to hold onto, and give us something real, so he meets this girl,” says Hawley of David and Syd’s relationship. “I think for audiences, whenever there’s a love story, everything else is negotiable. If we like them and we’re rooting for them, we want her to be real. As long as she’s real, everything else is negotiable. I thought that would buy me some time with the audience, because my goal is not to confuse or obfuscate. My goal is to present reality as he sees it, and then try to decode it as he’s decoding it, so that by the end of chapter one, the first season, you’re going to have a much clearer sense of what’s real than you had in the beginning, because he does too.”

If it all sounds a little more cerebral and a little less Cerebro than one would commonly expect from a live-action adventure set within the X-Men universe, that’s by design. Early on, Hawley was definitely uncertain how his vision for Legion would go over with those responsible for the carefully manicured Marvel brand.

“I joked early on that I would hop on a notes call with Marvel on this particular crazy story that I was trying to tell, and that their notes would just be 30 minutes of them going, ‘Uh …,'” he says with a laugh. “But it wasn’t! They’re very articulate. There’s a rollout on the movie front and on the TV front for them of a lot of interconnected stories and characters, like launching Daredevil first and then Jessica Jones and ultimately leading to The Defenders. But this was a gimme. This was not something they generated. It’s not something that fits in anywhere else in their shared universe. And as a result, they could have gone one of two ways. They could have said you have to conform this to what we’re doing everywhere else, or they could say, we don’t really know what to make of it other than it feels like a fully realized world and it feels like there’s a vision here, and it doesn’t impinge on our other work to have this be a standalone project. They went the second way.”

Hawley adds that Marvel maintains active involvement with the show in order “to protect the underlying IP and make sure that the characters people know and love are the characters people know and love, and you’re not just borrowing a name and creating a different person that the fans can’t relate to.” But he also feels that the nature of the show and the relative obscurity of the main character affords him a tremendous amount of creative leeway.

“I approached it more the way I approach Fargo, which is to say, with incredible respect for the underlying material but wanting to tell the story that I want to tell, and to the degree that that intersects in some ways with the stories that the readers know already,” says Hawley. “That can be satisfying, but I also feel like it can be a trap, to be telling them stories they love that inevitably are going to change in the telling and therefore create a disconnect between the stories they love and the story they’re watching. My feeling was, let me take a character who seems familiar and let’s tell a new story, which will create something unpredictable, because you don’t know what happened in the comics, and also to potentially allow you to see this character in a new way.” 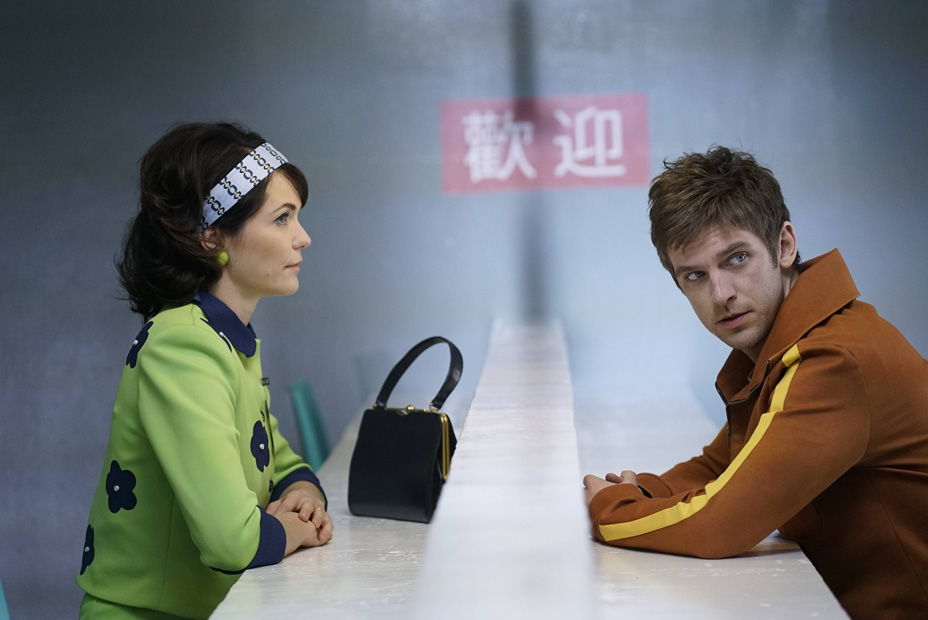 Assuming it catches on with viewers, there will be plenty of opportunities for Legion to depict new sides of the Marvel Universe in the years ahead. Hawley says the show is envisioned as a series with multiple seasons, with many of the story points already mapped out in advance.

“It was always designed as a series, not a limited or a miniseries or an anthology like Fargo,” he confirms. “But even within that, it’s always very important to me to know where the story’s going when I’m starting, because the best stories I feel are the ones where there’s foreshadowing and you’re laying in clues and you’re creating something that’s just as exciting to watch the second time, because now that the plot is out of the way and you know what happens, you can see all the ways in which we laid in ideas that are only really clear once you know what the whole story’s about.”

Of course, Legion only reaches that point if an audience comes along for the ride. On that front, Hawley has no predictions.

“I have no real ability to judge,” he says. “It seems like such a specific show, that it’s hard for me to judge. Is it something that people want? Do a lot of people want it? Do a few people want it? But my hope was that if I made something that interested me, and if I did it with enough confidence and enough playfulness, then maybe the world might respond.”

The world will meet Legion on Feb. 8 on FX. Let us know your expectations for the series in the comments below.